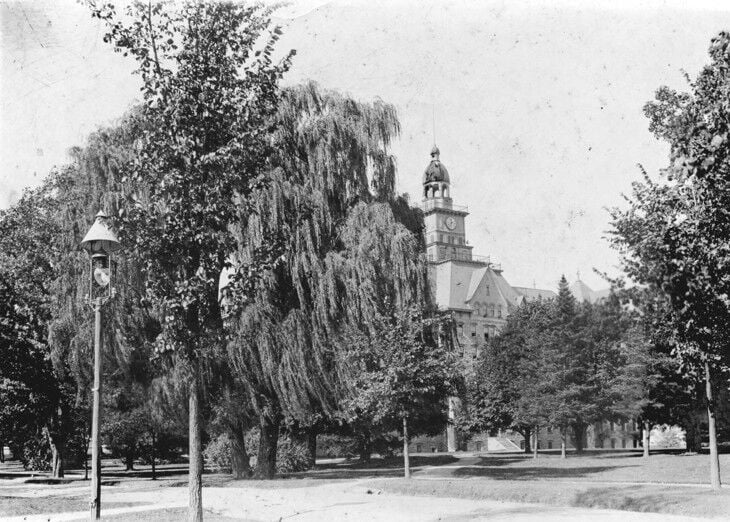 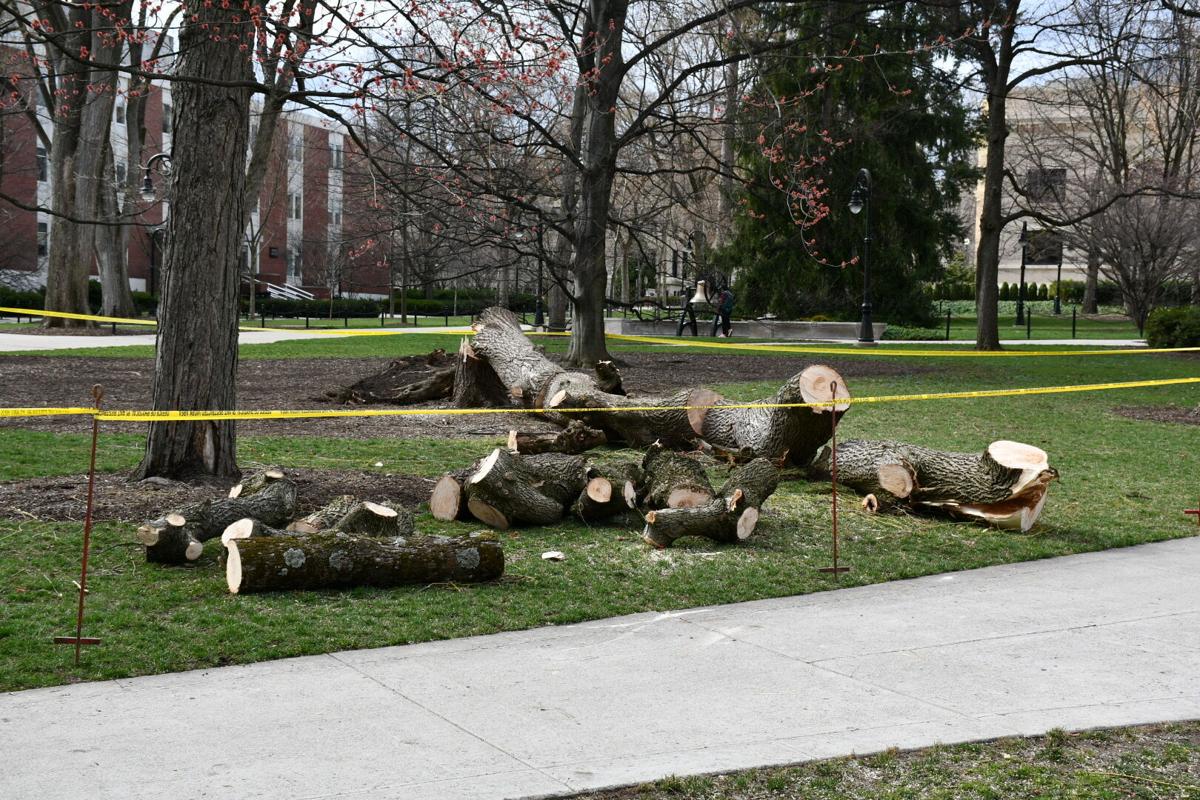 The Penn State landmark known as Old Willow is blown down by strong winds on Friday, March 26, 2021 near Old Main in University Park, Pa. 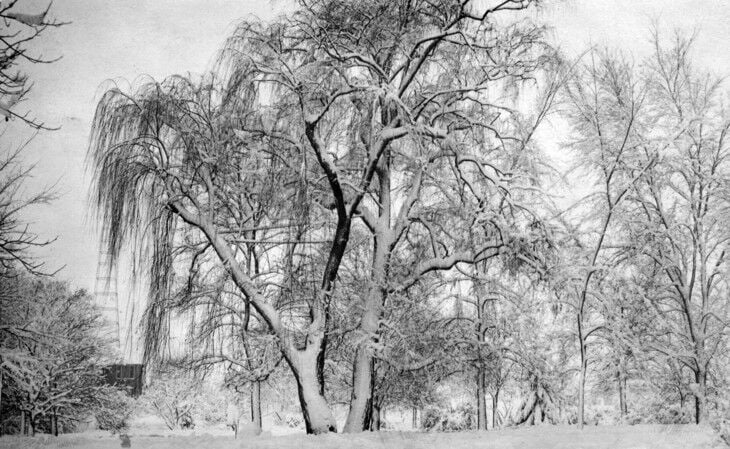 The original Old Willow tree taken before 1923 in the winter.

Legend has it the tree grew from a cutting the first Penn State President Evan Pugh brought from the home of English poet Alexander Pope, according to the plaque that sits on Old Main Lawn. The tree was first planted in 1859 by William Waring.

However, nearly 98 years ago, the first Old Willow fell in a windstorm in August 1923.

The descendent tree took the original’s place and lasted until the late 1970s. The tree that fell this March was the third generation of the Old Willow tree to reside on that section of campus.

Many alumnae remember the Old Willow tree as a significant historical site on Penn State’s campus.

Kelley Mosier, a 1988 finance graduate, said she remembers the Old Willow tree being a “staple” at Penn State.

Other alumni were familiar with the tree but not the history behind it.

Erin McAndress said she “knew exactly where it was and that it was really old and historical” but “didn’t know much about it.”

McAndress, a 2018 communications arts and sciences graduate, said there is “so much history that people don’t even know about” at Penn State.

“I find it insane that I feel like I’m hearing something new and historical about Penn State every day — [the history] is really important,” McAndress said.

Semele Halkedis Heller said Old Main and the trees on Old Main Lawn were a really significant part of campus, and the loss of Old Willow matters to her “a surprising amount.”

“A really old tree is a big deal — when on the surface it might seem trivial,” Heller, a 1990 biology graduate, said.

Heller said people only know Penn State for football and the College of Engineering where she lives in California.

“We have such a long, rich, diverse history,” Heller said. “[Penn State] started out as an agricultural college for farmers and has a long history in [Pennsylvania].”

Some graduates take part in a tradition involving Old Willow at graduation, bowing in front of the tree and taking their caps off for a sentimental photo.

Lori Klink Sanger, a 1988 education graduate, said she is a “traditionalist” and made sure to partake in the tradition at her own graduation.

Sanger said at her orientation in her undergraduate years, she had been shown photos from the late 1800s of students participating in the tradition when the tree was just a sapling.

Sanger said she was disappointed to hear Old Willow had fallen and even “teared up.”

“I loved that tree and Old Main,” Sanger said.

The cuttings of Old Willow will be preserved and watched over in Penn State’s tree nursery by the Office of Physical Plant, according to a release from the university. The fourth generation Old Willow will then be replanted at University Park to preserve some of Penn State’s oldest traditions.

Located north of Penn State’s campus in a scenic colonial house surrounded by sprouting fields is a developing business of its own.

Sam Verrelli is a borough reporter for The Daily Collegian. She is a freshman studying journalism and political science.