You are the owner of this article.
Edit Article Add New Article
You have permission to edit this article.
Edit
Home
Latest
News
Sports
Football
Opinion
Lifestyle
Multimedia
Join
Subscribe
Campus • Click for more stories •
1 of 3 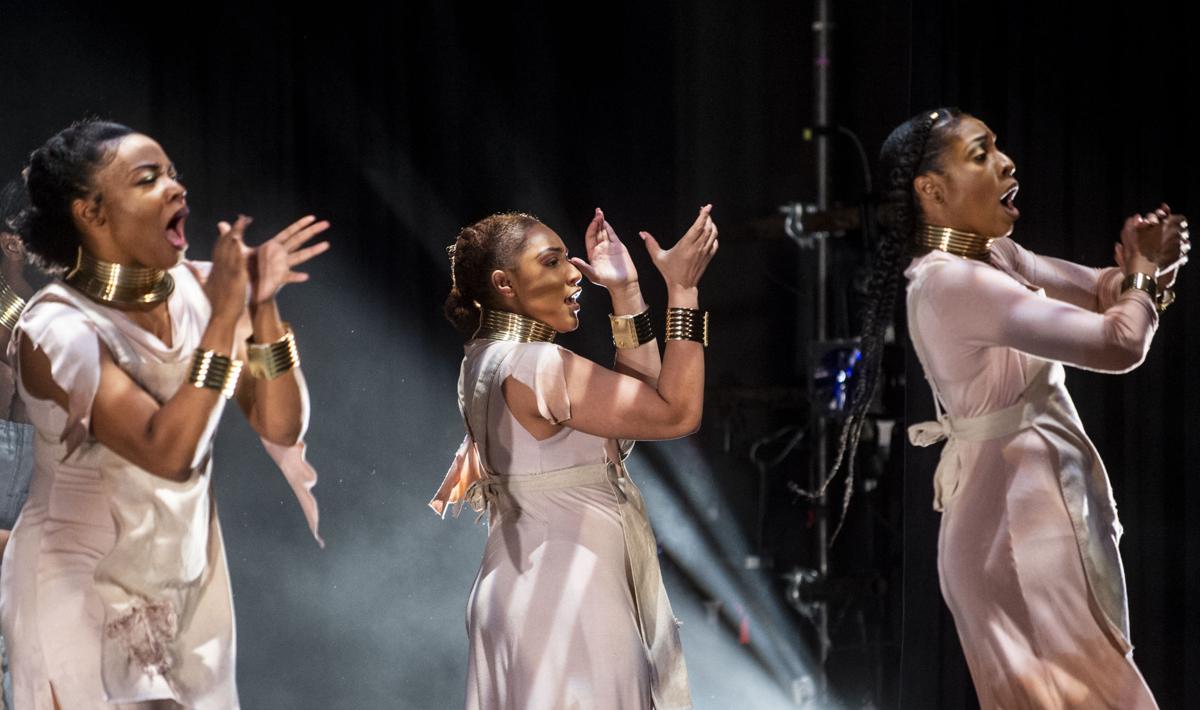 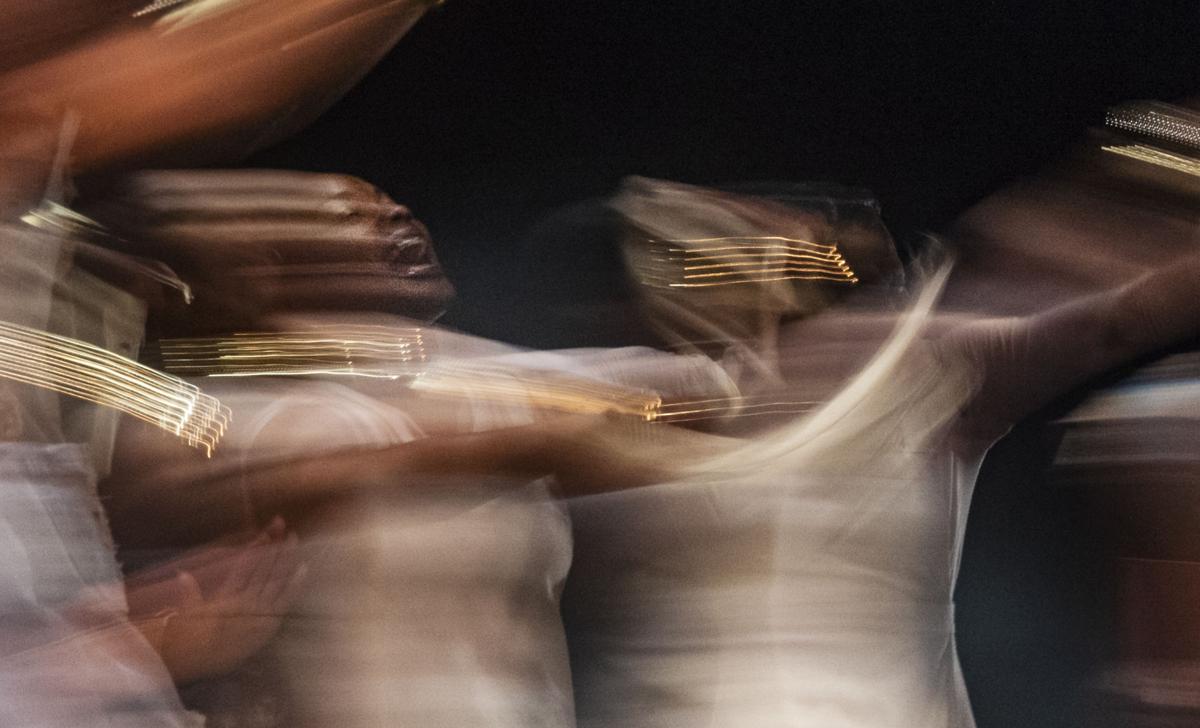 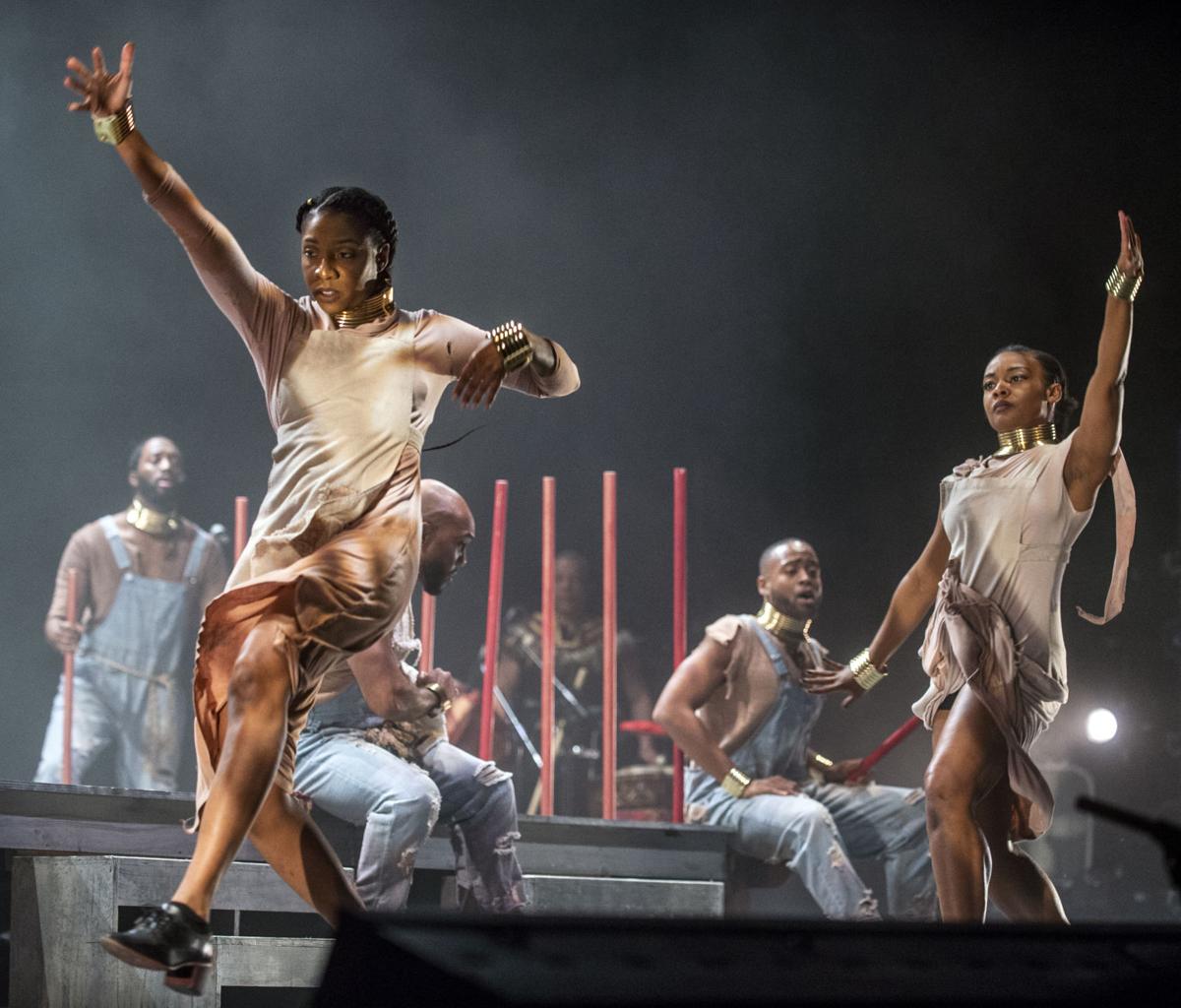 All that could be heard throughout Eisenhower Auditorium Friday night was the beat of the drums.

The Penn State and State College communities gathered to witness the world premiere of Step Afrika!’s newest piece, “Drumfolk.” The piece is a combination of step numbers telling the history of the Stono Rebellion of 1739.

Step Afrika! is the world’s first professional step dance company, performing around the world for the past 25 years. After the showcase at Penn State, the company will tour “Drumfolk” across the country.

The artists on stage combined the use of the floor, instruments, their voices and their bodies to create song and rhythm to tell the story of the Drumfolk.

The members' voices echoed through the auditorium, “They took the drums away, but they could not stop the beat.”

Each move was intentional — there were moments where every person on stage moved in complete sync and moments where a single person told their own story through step.

“Drumfolk” was inspired by the Stono Rebellion of 1739, and the performance was intertwined with monologues explaining the rebellion and the Negro Act of 1740.

The performance was the culmination of a week’s worth of events with the Step Afrika! company. The group spent the week hosting educational sessions for Penn State students and community members alike.

Laura Sullivan, director of marketing for the Center for the Performing Arts (CPA), said the event is a culmination of a year’s worth of work. The center booked the show about a year prior to the event.

Step Afrika's performance was a part of CPA's season focus, “The American Experience: Through an African-American Lens.”

Sullivan said she was most excited for a larger audience to finally see the work that has been put into the “Drumfolk” production.

After the performance, the audience was invited to stay for a question and answer session with the cast, including C. Brian Williams, the creator and founder of Step Afrika!.

The cast spoke about the symbolism behind the costumes and the set, as well as the collaborative process behind the creation of a piece such as “Drumfolk.”

Jakari Sherman, director of “Drumfolk,” explained how the set was inspired by praise houses, which were one of the sole locations where enslaved Africans had the opportunity to gather during the 18th century.

One cast member described learning institutions such as Penn State as “cultural melting pots,” and emphasized the importance of sharing their performance on college campuses because it tells a history that is not often told.

Devin McDouffie, a member of the Delta Sigma Theta sorority, spent the week attending the various Step Afrika! events after her sorority was personally invited by Williams.

McDouffie (senior-political science, global and international studies, and Spanish) said stepping and strolling are major parts of her greek life experience, and she was excited to watch the stepping aspect come to life on stage.

She also noted the importance of sharing culturally diverse works on college campuses.

“Honoring those who have come before us who have largely been ignored and marginalized is so important,"  Gruning (graduate-mechanical engineering) said, "and critical to moving forward and obtaining equality."

Lindsey Toomer is the managing editor of The Daily Collegian. She is a senior studying photojournalism and global and international studies with a minor in French.