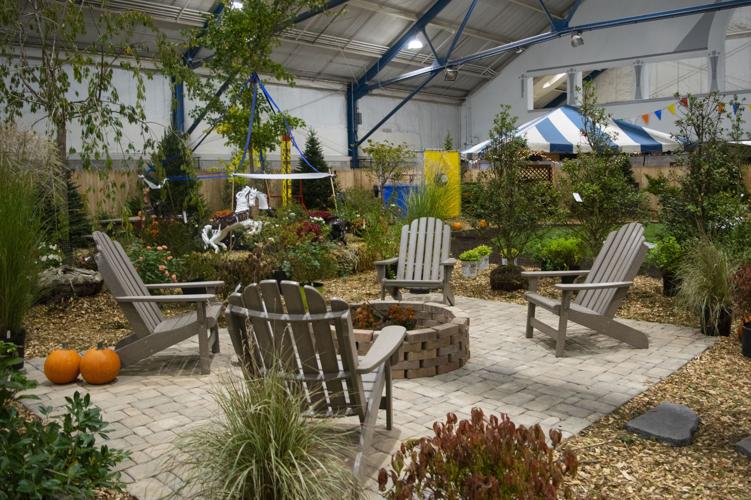 Chairs are arranged in a circle at the Horticulture show at Snider Agricultural Arena on Saturday, Oct. 12, 2019. 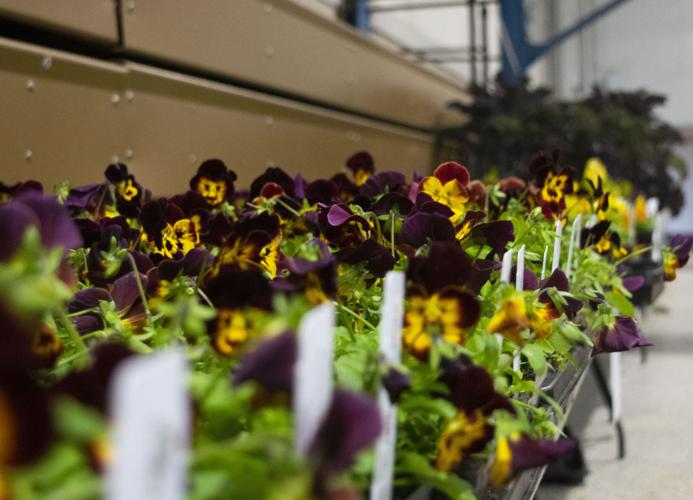 Flowers are for sale at the Horticulture Show at Snider Agricultural Arena on Saturday, Oct. 12, 2019. 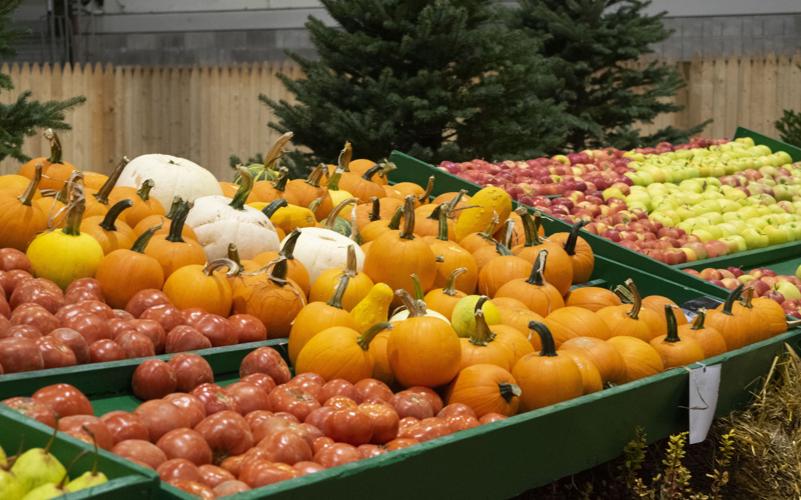 Pumpkins and apples are for sale at the Horticulture Show at Snider Agricultural Arena on Saturday, Oct. 12, 2019.

The Penn State Horticulture Club is hosting its 106th annual Horticulture Show at the Snider Agricultural Arena from 9 a.m. until 5 p.m. on Oct. 12 and 13.

The landscaped arena is filled with local plants and is designed and built by Penn State students.

In the spring, senior design classes come up with themes for the show, and the Horticulture Club votes on the design of the show at the end of the year.

The club turned the Agricultural Arena from a horse show arena to a landscaped fall county fair. The club started working on the arena at 9 a.m. Sunday, Oct. 6, and the final touches were made at around 7 p.m. on Friday, Oct. 11. The club has three days after the show ends to clean up the arena.

Local businesses donated equipment to the club to bring the arena to life. Everything the students landscaped in the arena is for sale — such as pumpkins, succulents and all kinds of other plants that were donated by local nurseries.

There is also produce for sale that was provided by Penn State's Student Farm.

As one of the five managers of the show, Megan Aines runs a majority of the Horticulture Show.

“[The Horticulture Show is] a fun thing to bring your parents to, you kill a couple of hours, your parents can buy some plants to take home. We really increased our houseplant sale,” Aines (junior-plant science) said. “We have a lot of succulents, terrariums and houseplants that you can keep in a dorm or an apartment.”

Student Parker Strand, who works in the Penn State Greenhouses, attended the show with some of his friends.

“They did a great job with the space and they definitely maximized it,” Strand (senior-plant science) said, “I’m proud of them.”

Chris Conti, a member of the Horticulture Club, helped at the show. In addition to the Horticulture Show, Conti (senior-landscape contracting) said the club organizes field trips and other fundraisers.

“Basically, [the Horticulture Club] is just something for the students to get involved and there is a lot of hands-on experience," Conti said.

Rob Bistran is also a member of the Horticulture Club.

“[The Horticulture Show] supports our club, and it helps fund out trip to the National Collegiate Landscape Competition every year,” Bistran (junior-landscape contracting) said.

The competition will be held March 18-20 at Michigan State University.

“We go and we get to show our skills that we have learned both in class and working in the field,” Bistran said.

"There is like 30 to 60 schools around the country and there are 30 or so competitions related to landscaping," Aines said. “It’s a fun competition.”

The Horticulture Club encourages the Penn State and State College communities to come to the show this weekend and check out what it has to offer.