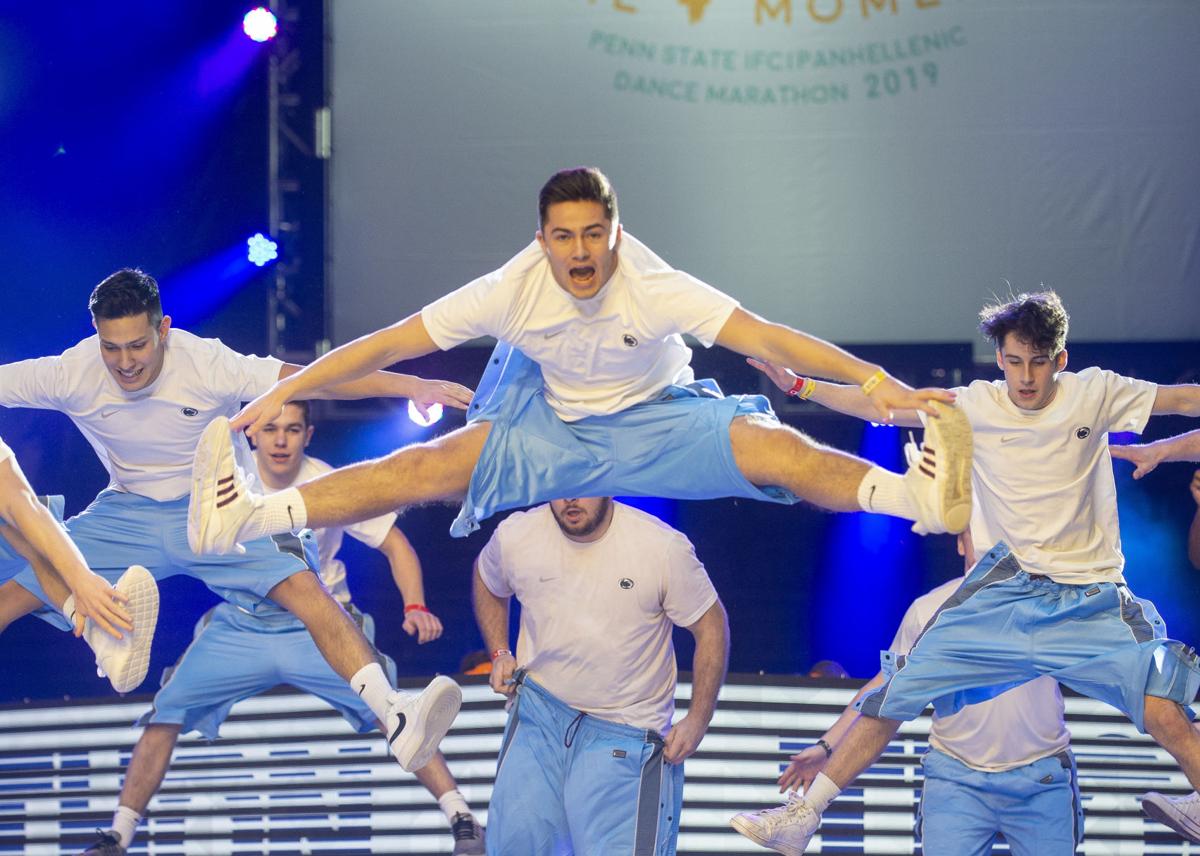 The men’s rugby team performs during the pep rally on Saturday night of THON at the Bryce Jordan Center, Feb. 16, 2019. 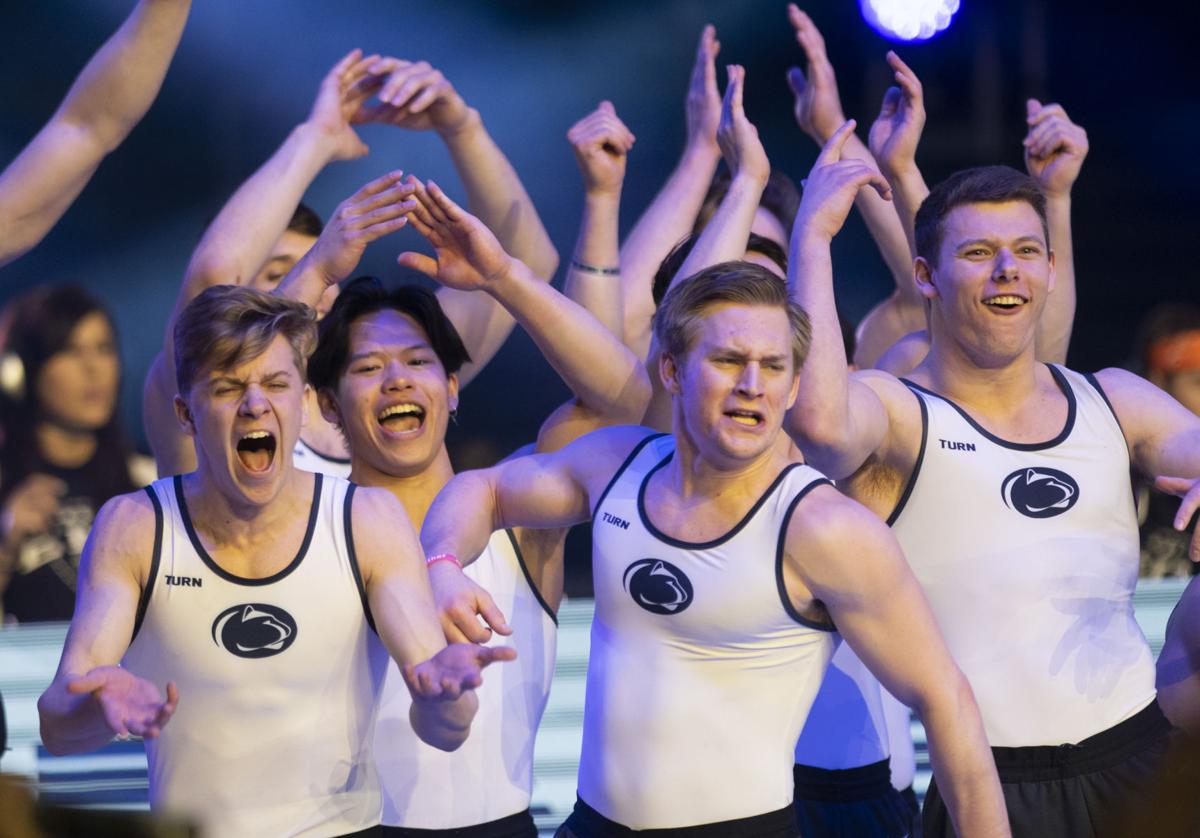 The men’s gymnastics team celebrates after winning the Pep Rally during Penn State THON at the Bryce Jordan Center on Saturday, Feb. 16, 2019. 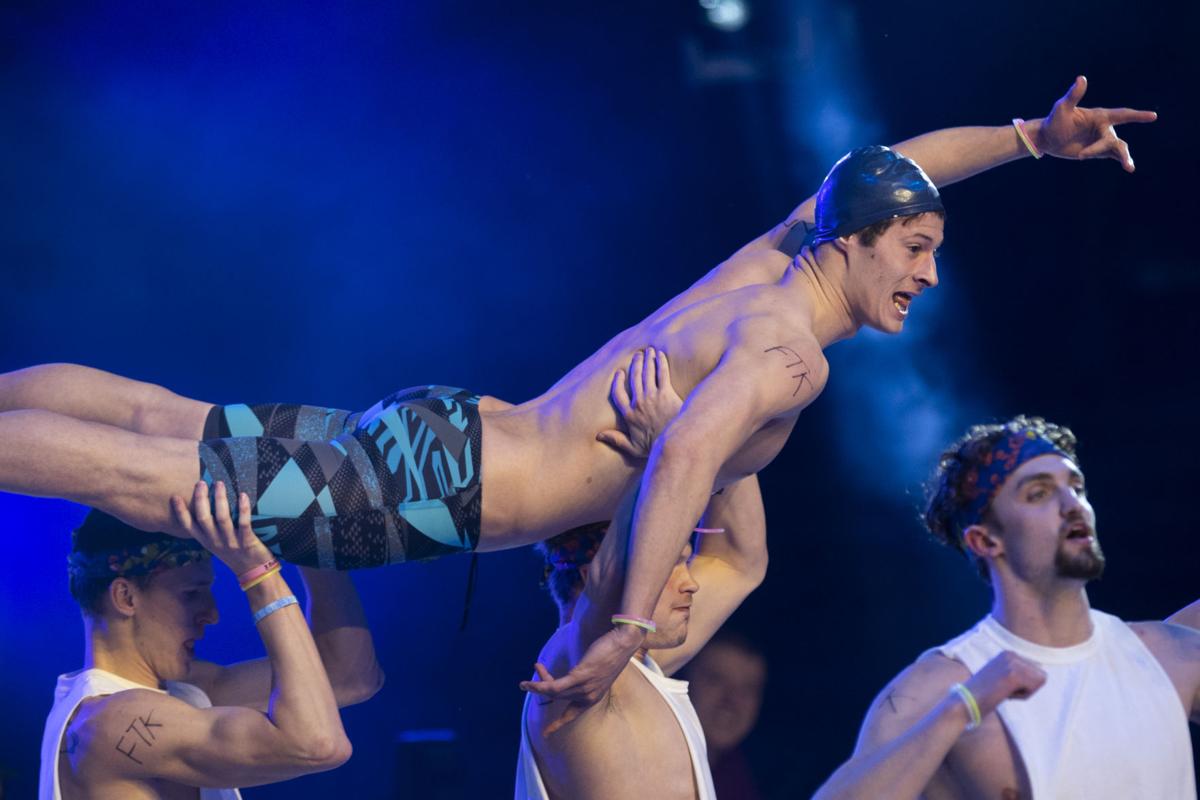 The men’s swimming team performs during the Pep Rally during Penn State THON at the Bryce Jordan Center on Saturday, Feb. 16, 2019.

While the pep rally at Penn State THON is always one of the most anticipated events, this year’s event was a little different: it was the first ever white out Pep Rally. Everyone in the stands wore white shirts provided by the Penn State Alumni Association, who sponsored the event.

The winner of the 2019 Pep Rally was the men’s gymnastics team, defending their title as reigning champs.

Each of the 19 teams performed dance routines – many of which involved throwback music from the early 2000s. Many teams wore costumes to go along with their dance, such as women’s gymnastics who wore velvet tracksuits.

Women’s golf all wore white shirts and black jeans with an accented red bandana while dancing to a variety of Beyoncé songs.

Men’s swimming and diving donned white shirts and colorful leggings. They created the illusion of one of the team members swimming by using a blue tarp.

After every team performed and the crowd witnessed the kicks and flips from the contestants, the judges met to decide on the two finalists.

While they were judging, the stadium sang along to Penn State classics "Sweet Caroline," "Living On A Prayer" and "Mr. Brightside."

After some singing, the judges came to a decision and the finalists were announced: men’s gymnastics and football.

The two teams performed their routines once more and the winner was decided. The men’s gymnastics team celebrated their win on stage while linking arms and singing the Alma Mater.

The men’s gymnastics team danced to "Temperature," "Footloose" and "Who Let the Dogs Out" with unique moves such as building a human gate to “let the dogs out.” Toward the end of their performance, the team changed the mood to country and carried around one of their team members in a cowboy hat.

After the gymnastics team’s last performance, the crowd erupted into applause to congratulate the 2019 Pep Rally winners.