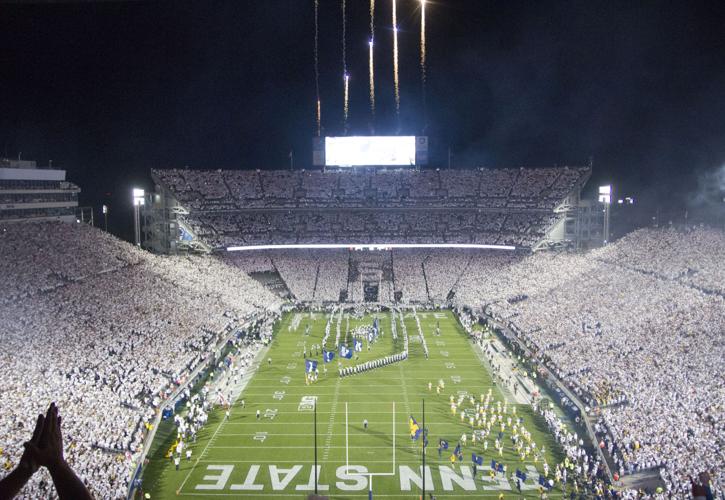 Penn State players run out on the field to start the white out game against Michigan at Beaver Stadium on Saturday, Oct. 21, 2017. 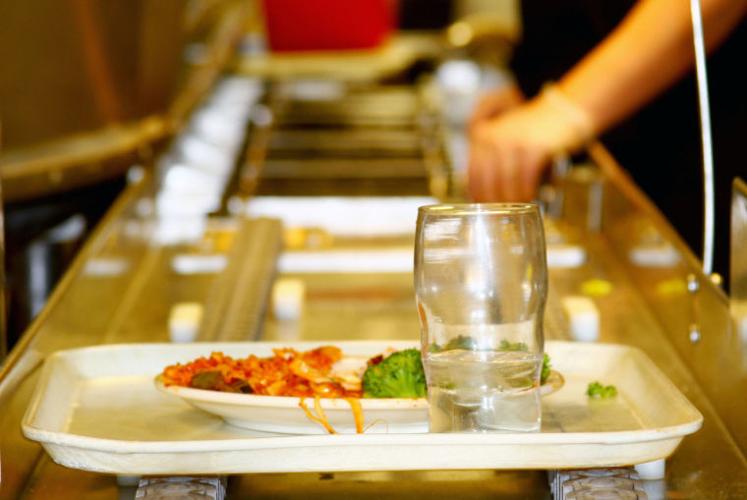 A dining commons tray full of still edible food is transported down the tray return belt to be disposed.

With approximately 10,000 Penn State students regularly eating at the dining commons, food waste on campus is a growing problem.

The all-you-can-eat dining halls compel students to fill up their trays until they get their money’s worth. However, most students pick up more food than they can eat, meaning a decent portion of their meal ends up in the trash.

These initiatives create a mental picture of food waste so students can actually comprehend what happens to their food once they throw it away.

They then break down the 455,000 pounds, so students can conceptualize what that number truly means.

In addition to hands-on approaches, Ashead said Campus Dining tried to use smaller trays and serve smaller portions ,while educating its staff about how much to serve students.

Every dining commons also has composting, but Rothrock said students are often unaware of what materials go in each waste stream and proceed to unknowingly contaminate the compost.

“If there is a certain percentage of non-compostable material in the compost bin, then it can no longer be composted,” Ashead said.

However, even if students learned to properly compost, Meinecke said, “it’s not anywhere near as good of an option as only taking what you can eat and not wasting the food to begin with.”

As a result, Campus Dining aims to raise awareness among students to cut down on food waste.

In specific majors — especially community, environment and development and nutrition — classes teach students about food waste and food access so, according to Rothrock (senior-geography), they become more appreciative of the food access we have at Penn State.

If more majors had a broader understanding of food production and waste it could improve Penn State’s efforts to become more sustainable.

Breaking down Penn State's campus meal plan: Where does all the money go and why are Oreos over $6

Every year Penn State students purchase campus meal plans ranging from around $2000 to $2500.