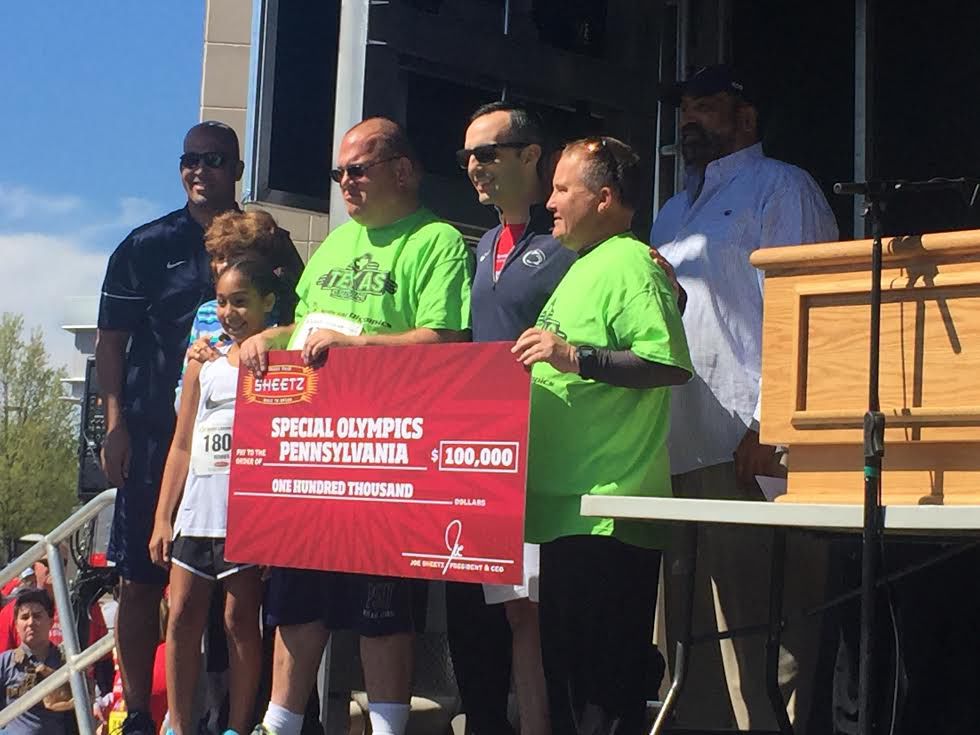 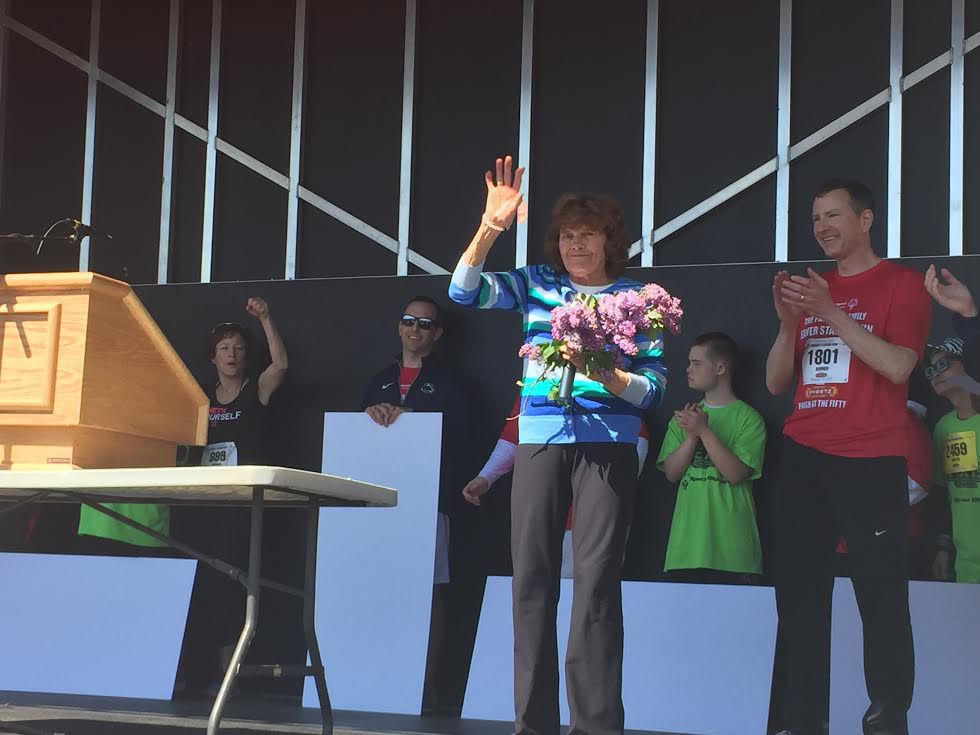 Sue Paterno addresses the crowd at the Beaver Stadium run.

Upbeat music, “We Are” chants and plenty of dancing marked the start of the event, culminating Blue-White weekend.

The 5k run started just outside the All-Sports Museum entrance and finished on the 50-yard line. Sue Paterno and Franco Harris were in attendance, dancing with runners and volunteers before the event kicked off at 11 a.m.

All proceeds from the run benefit Special Olympics Pennsylvania, covering the costs of sending athletes to the summer games that take place in State College, Lauren Halberstadt, a volunteer coordinator said.

According to the Stadium Run’s website, the proceeds benefit about 20,000 children and adults with intellectual disabilities.

Halberstadt participated in the first run as a volunteer when she was an undergraduate in the Paterno Fellows program and Sue Paterno recruited volunteers to help prepare race bags.

“I really like seeing the athletes get to participate,” Halberstadt said. “They’re able to cross that finish line and seeing the faces of all the runners crossing that 50-yard line in triumph, it’s really great.”

Director of Special Events Demika Poole, who also works for Special Olympics Pennsylvania, credited Sheetz and Paterno as key players in the success of the event for the past several years.

“She was the one who orchestrated the whole need to do this on Blue-White weekend and capitalize off that with all the people up here,” Poole said about Paterno. “Sue Paterno is really the person who galvanized us and put it all together.”

But what helps make the event the “highest grossing fundraiser for Special Olympics Pennsylvania,” Poole said, is the $100,000 donated by Sheetz.

Poole said she expects this year’s race to make about the same or hopefully more than it had last year, estimating about $430,000 to be raised and about 3,000 participants.

Just before the race began, Paterno addressed the crowd.

“I thank you for all the magic you’re giving us and our athletes and their families,” Paterno said. “If you think about it, what the athletes give to you is a gift, so enjoy the gift, enjoy the day and we’ll see you at the finish line.”

Thousands in red race t-shirts ran toward East campus, some choosing to walk with friends and family on the sunny afternoon.

The race offered both a 5k run and 2-mile “family fun walk”, which started 10 minutes after the 5k.