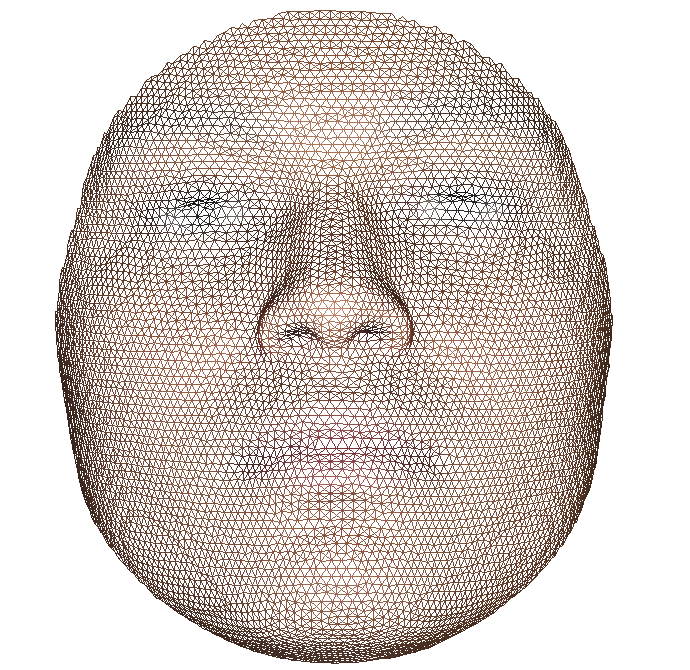 The lab is like many others. Located at the end of a long hall on the top floor of Carpenter building, it is filled with microscopes and desktop computers, sinks and samples of human hair. At the far end is a revolving door, the kind used for photography darkrooms, which leads to a clean room for DNA extraction. Shelves of PCR machines line one side of the room, and on the other side are freezers, most of which are “full of saliva — human saliva,” said research assistant Brooke Mattern.

On the countertop are 3-D printers used to make plastic models of human faces. The faces are scattered throughout the lab — arranged side by side on a cabinet, hanging by the dozen on a wall — and adorn biological anthropology professor Mark Shriver’s office door.

Last March, Shriver coauthored a paper titled “Modeling 3D Facial Shape from DNA.” Drawing on data from hundreds of 3-D scans of human faces, including the faces of Penn State students, the paper purported to uncover the genetic factors that determine facial structure.

Furthermore, the paper argued that with more research, human faces could be predicted purely from genetics — what you look like could be determined by a sample of your DNA.

Shriver’s research attracted media attention from prominent science journals such as Nature and mainstream outlets like The New York Times, and its application in forensics has been of particular interest: imagine investigators finding a strand of hair at a crime scene and using the sample to produce a “digital mugshot” of the perpetrator.

That scenario is still a long way off.

The paper’s authors admit that “much more work is needed” before DNA can accurately predict faces. Some scientists, however, questioned the feasibility of the paper, arguing that the face is simply too complex, and others criticized the racial dimensions of Shriver’s work.

Meanwhile, the lab at the end of the hall continues to hum with work.

Shriver used a camera system called “3dMDface,” a series of six cameras positioned at different angles that fire simultaneously, to turn physical faces into digital models. He bought his first 3-D camera in 2005 and began collecting raw data for facial studies. Five years later he met Peter Claes, a professor from the University of Leuven in Belgium who was interested in the statistics of facial structure.

“It was really a combination of my samples and my genetic background . . . with Peter’s way of analyzing facial shape,” Shriver said. “We came up with some new methods together.”

As detailed in the March 2014 paper, population samples were collected from the U.S., Brazil and Cape Verde, an island off the coast of West Africa. Researchers measured skin pigmentation, collected DNA samples using cheek swabs and captured 3-D images of participants’ faces.

In Shriver’s words, a “dense mesh of quasi-landmarks [were] placed on the face in a homologous way,” which in layman’s terms means thousands of data points, 7,150 to be exact, were automatically mapped onto a given face. Each face’s data points could then be compared with other faces’ data points to determine which individual genes corresponded to which facial features.

The high-density mesh is what separated Shriver’s research from other attempts to study the human face.

“Some people have gotten close, but they’re just using . . . 14 or 24, at most, manually indicated landmarks,” Shriver said. “There’s just not a lot of information that can be transmitted in 24. Definitely a lot more information’s available in 7,150.”

After sifting through the information, the authors of the paper identified three primary characteristics that determine facial shape: sex, genetic ancestry and single-nucleotide polymorphisms (SNPs).

SNPs are the most common form of genetic variation and represent “a difference in a single DNA building block, called a nucleotide,” according to the National Institute of Health. “For example, a SNP may replace the nucleotide cytosine (C) with the nucleotide thymine (T) in a certain stretch of DNA.”

Twenty-four SNPs were identified in the paper as having a significant effect on the face. Nearly a year and a half after the paper’s publication, Shriver said “up to a thousand” SNPs have been identified.

The effects of a given SNP can be visualized with a computer application developed by Claes and Shriver called DNA2FACEIN3D. The program displays a 3-D model of a face, and users can edit the values of individual SNPs to change the appearance of the face. There is also a slider for sex, where users can make a face more “masculine” or “feminine” in appearance, and a slider for ancestry, where a face can be made to appear more “European” or “African.”

To narrow the focus of the study, only participants with a mixture of West African and European ancestries were selected. The paper’s authors noted that “many more populations need to be studied before we can know how generalizable the results are.”

On the topic of genetic ancestry and how it intersects with the concept of race, Shriver said he uses the term “population,” as in the “biological definition of a human group: people who are more likely to choose mates within the group as opposed to outside the group.” When asked for his definition of “race,” Shriver responded, “We don’t use that term because it’s too complex.” 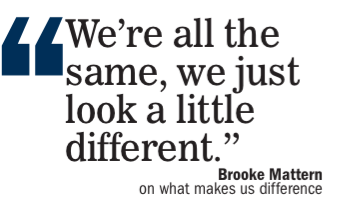 Shriver added that while discrete populations exist and “become different in subtle ways,” the vast majority of genes that “make us human” are the same. Brooke Mattern, who has worked full-time in Shriver’s lab for over a year, echoed this point: “We’re all the same, we just look a little different.”

Even so, Shriver’s research over the years has focused on what make us “a little different.” A paper he coauthored in 1998 studied ten different African-American populations throughout the U.S. and their rates of European genetic ancestry.

In 2003, Louisiana law enforcement contacted Shriver to assist in their investigation of a serial rapist and murderer. Police had focused exclusively on white suspects due to eyewitness accounts, but Shriver’s genetic analysis suggested a suspect with predominantly West African ancestry, leading to the arrest of an African-American man, Derrick Todd Lee.

There are many more potential applications in the field of forensics. This January, police in Columbia, South Carolina released a digital mugshot of a murder suspect, created purely from crime scene DNA. The mugshot was generated by a company called Parabon Nanolabs, which partially based its techniques on Shriver’s findings. Shriver said he and his team are also currently collaborating with State College Police Department in an on-going investigation. Police could not comment because the case is on-going.

Some scientists, however, are skeptical.

“Scientists are by nature skeptical,” said Richard Spritz, a program director at the University of Colorado’s School of Medicine. “Everything is always subject to disproof.”

Last year, Spritz coauthored a critique of Claes and Shriver’s March 2014 paper. The paper, wrote Spritz, “greatly overreaches the data and analyses represented by the study” and resulted in “fairly sensational media reports.” The central claim of the critique is that using genetics to predict a complex phenotype, such as the human face, is “incredibly complicated” and may not even be possible.

“If you think about any human trait, it is always more or less determined by genes,” said Spritz.

Genes certainly influence facial traits, Spritz said, though the environment and other non-genetic factors also heavily influence the face. One can make broad statements about what a face may look like from DNA, such as hair color, eye color and skin tone, though Spritz said he doesn’t “think it’s possible to predict someone’s face purely from genes, at least to the level of a photograph.”

Spritz and his coauthors aren’t the only doubters. Duana Fullwiley, an anthropology professor at Stanford University, is concerned with the uneasy overlap of genetics, race and forensic science that Shriver’s work inhabits.

The use of genetic ancestries — where individuals are classified as having various percentages of African, Asian, European and Native American DNA, as well as other populations — renders these groups as “genetically distinct from one another,” wrote Fullwiley in 2014, and allows “old notions of race types to thrive.”

Fullwiley argues that “genetic ancestry” is simply a way of saying “race” without actually saying it, allowing scientists to “distance themselves from the baggage of ‘race’ as a term.”

Fullwiley is also concerned that the collection of genetic materials will “assist in forensic racial profiling of DNA left at crime scenes” and should be considered alongside the ongoing history of “unfair sentencing and racial profiling of black people in the United States.”

In a separate article, Fullwiley writes that the technology for predicting genetic ancestry, such as the test Shriver used in the Louisiana serial killer case, is “highly vulnerable to social and political interpretations of phenotype, and may be impossible to accurately interpret with a sufficient degree of objectivity.”

Questions of race and genetics remain intractable, and Shriver said he’s been involved in countless meetings over the years with various academics to “try to get to some kind of common understanding, to even be able to use the some words to talk about this, but it’s very difficult to do.”

For his part, Shriver said he approaches thorny issues “professionally as a scientist. I’m also a human and I’ve sensitivities to these kinds of issues.”

“I think we have some useful models that we can generate now,” Shriver said, “but we want to do more validation and more gene discoveries before we start doing this on a larger scale.”

Are there other applications for modeling a face from DNA, aside from assisting the police? 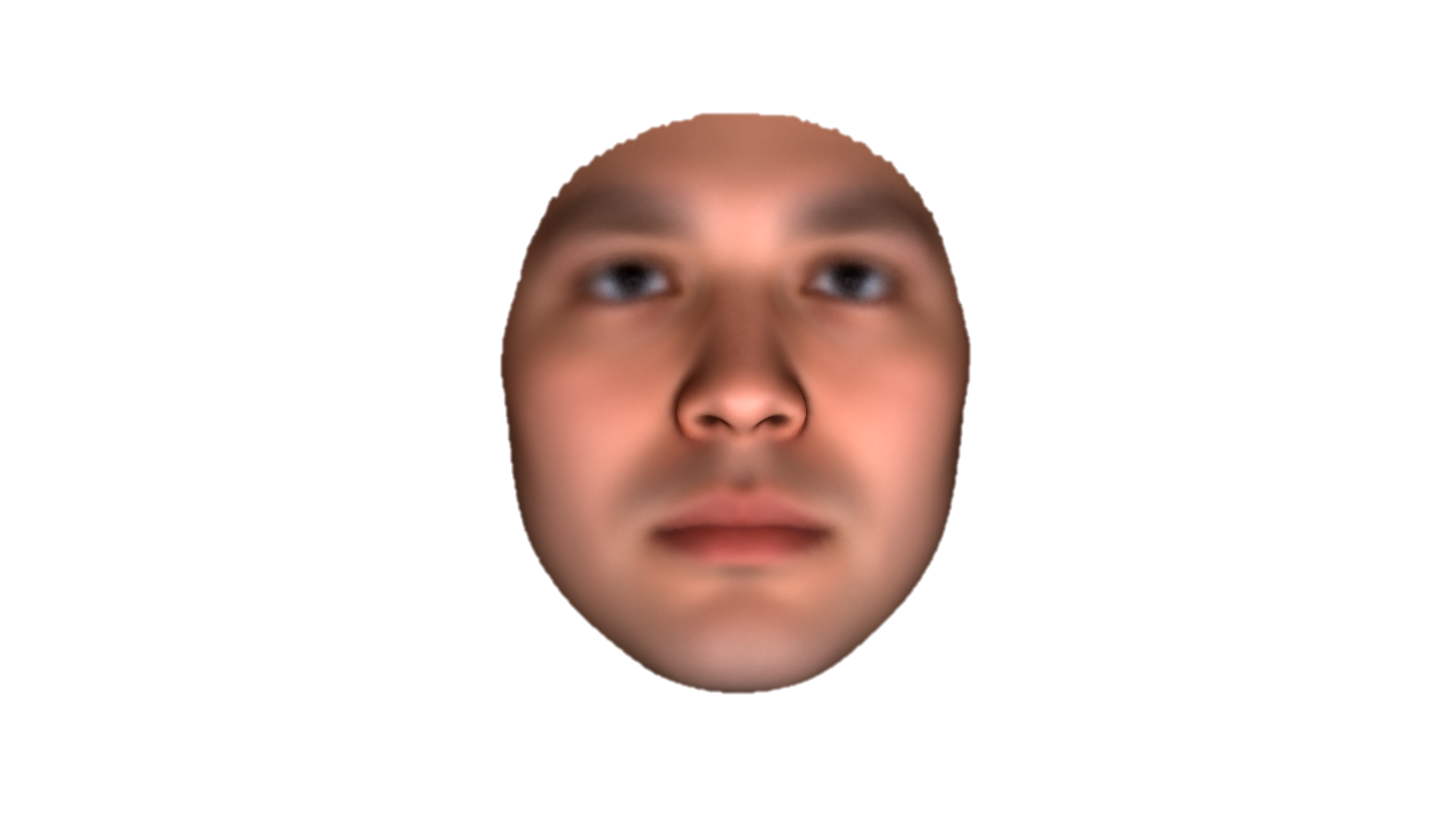 Computer-generated predictions of Hector Shriver at 25 years old. Predictions were generated from his DNA. Courtesy of Mark D Shriver

One possibility is using DNA to predict descendants’ faces, Shriver said. He pulled up a photograph of his son, Hector, at the age of 9 months, and compared the photo to a computer-generated prediction of Hector at 25 years old.

DNA could also be used to predict ancestors’ faces. Shriver cited a phone call he once received from a man whose mother had died. The man had no recollection or pictures of his mother’s face and wanted to know if there was a way to estimate her appearance from the DNA of family members — to which Shriver said, “I think there is.”