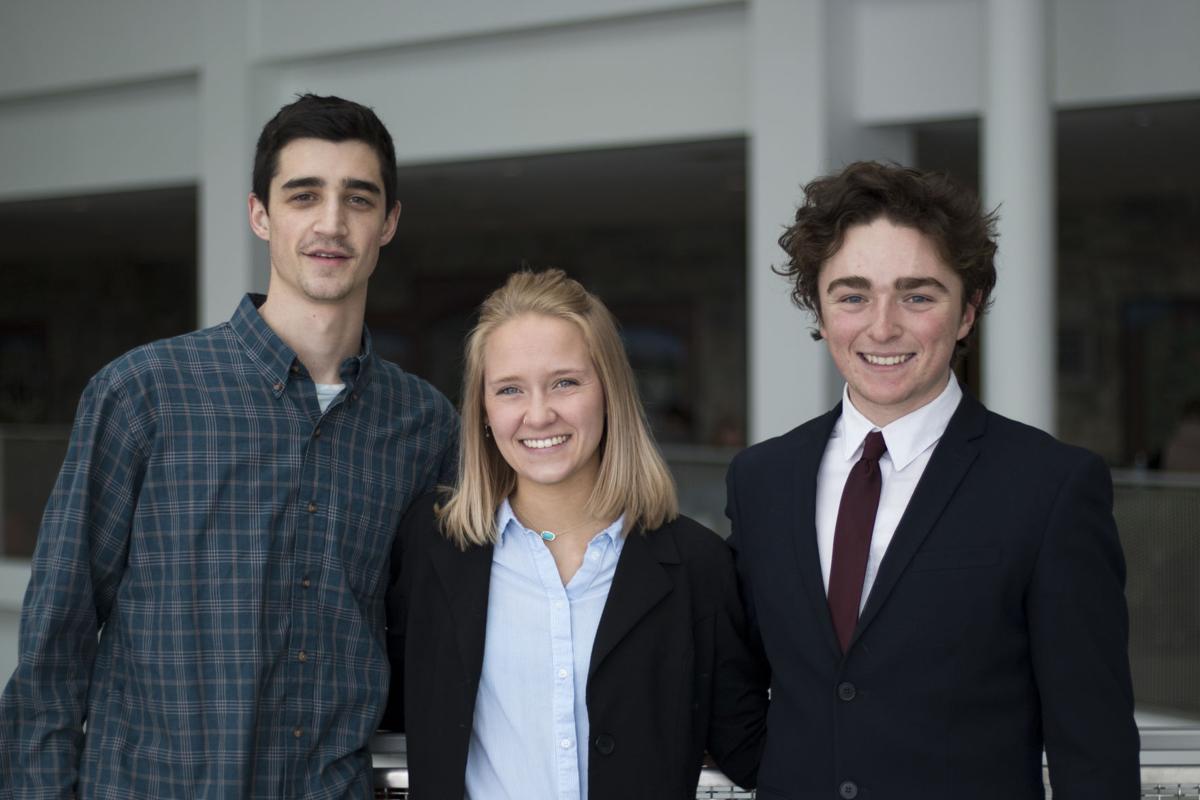 Many Penn State students may not be aware of the BioRenewable Systems major, but one club is working hard to change that.

Nelson DiBiase, the president and founder of the BioRenewable Systems Club, said the major used to be called wood sciences, but within the last couple of years the focus has shifted to include renewable bio-products.

Within the major are two focuses to choose from: bioproducts and agricultural systems management.

He said he likes the major because it is the perfect mixture of science and technology to fit his interests — something he’s excited to expand within the BioRenewable Systems Club.

All three officers started in other majors, but after they realized it wasn’t for them, they found bio renewable systems and “fell in love.”

One of the club’s major focuses this semester is to spread awareness.

“I think a lot of people don’t know about [the major],” Shander (junior-BioRenewable Systems) said. “And that's also something we’re trying to promote.”

She added there are a lot of students who may be interested in the major but are not sure what it entails.

“The point of the club is to create a community of like-minded people that would like to have a nice alumni base when we graduate,” DiBiase said, “and to be able to make connections and network through each other.”

He said he hopes the club will help promote the use of bioproducts on campus.

Shander said members are currently brainstorming ideas to promote reusable water bottles, which is a large portion of university waste.

The club is also already scheduling events for the semester.

This Friday, members are planning to visit Gilson Snowboard Factory, a snowboard company that practices sustainable methods of manufacturing.

The club has also applied to be a part of the “Conscious College Road Tour,” an organization that goes around college campuses to promote the message of sustainability through various events, Shander said.

Club officers are excited to work with Eco Action for Earth Day projects and Shander said she hopes as the club expands, they will have more opportunities to collaborate with similar clubs.

In past years, DiBiase said students have tried to start a BioRenewable Systems Club, but things always fell through. This year is off to a strong start, however, with 20 members, twice as much as what is required for a club to form on campus.

DiBiase said the motivation for the club is now much stronger within the major and members are more dedicated to being involved.

“[Our officers] really work together well and we really collaborate well,” DiBiase said. “Each of us kind of has a different focus in our background, so I think that really helps as well to try to make it more versatile.”

Shander said club officers hope to integrate what they are learning in class to what they do in the club.

Right now, the club consists exclusively of people within the major, but Goebel said once they figure out the direction the group is headed, they expect more students will join.

“We’re totally open to including other majors,” Shander said.

So far, the club has only had one official meeting, in which they discussed potential projects and goals for the semester.

“We just really want to get our message out there,” DiBiase said, adding many people in the major have to constantly explain BioRenewable Systems to peers and future employers.

Goebel said he wants more freshmen to be aware of their major’s potential.

“The way humans manufacture is only going to last so long before something serious happens,” Goebel said. “So, sustainability is really my goal in every aspect of every industry.

Goebel said he hopes relevant companies will appreciate the club and offer networking opportunities for students.

DiBiase said he thinks everyone in the club is on the same page when it comes its mission and aspirations.

“It’s kind of a balancing act because we need to hit all the points, but there's so many points to hit,” DiBiase said.

They plan on meeting biweekly, but officers convene on the off weeks.

“As of right now, there's just been a lot of brainstorming and shooting out ideas,” Shander said.

All three officers are juniors and will be graduating soon, but they hope that the club’s impact continues.

“It would be really cool to see it much larger than it is right now,” Shander said. “Even if it's not a huge club, I would love to see a heavier impact on our school.”