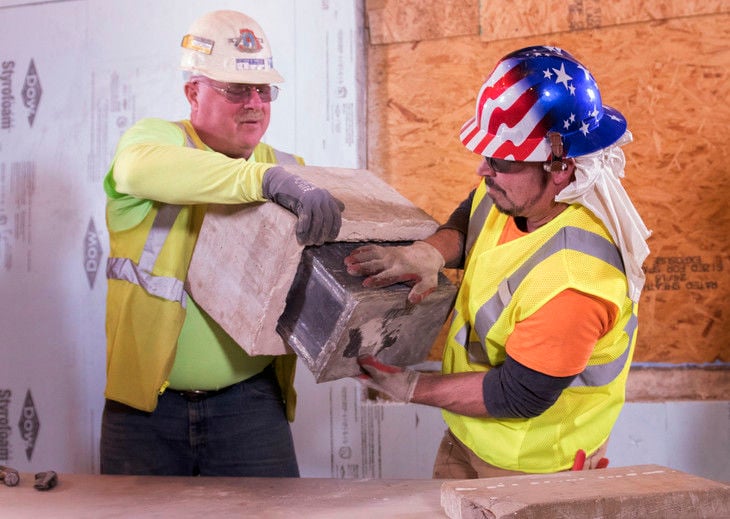 Duane Waite, left, and Greg Johnson from JC Orr Contractors, pry a time capsule from 1949 out of it’s concrete enclosure. Waite and Johnson found the time capsule while working on renovations at Penn State’s Willard Building. 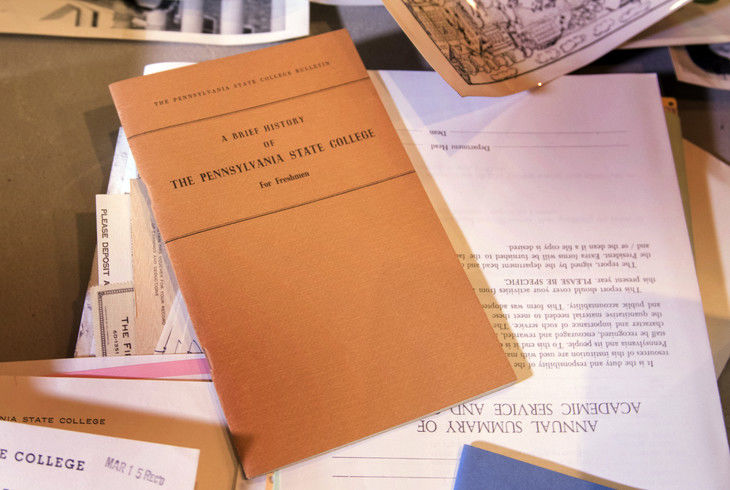 A variety of forms, photographs and booklets, including one entitled 'A Brief History of Penn State College for Freshmen,' were found in a time capsule at Penn State's Willard Building. 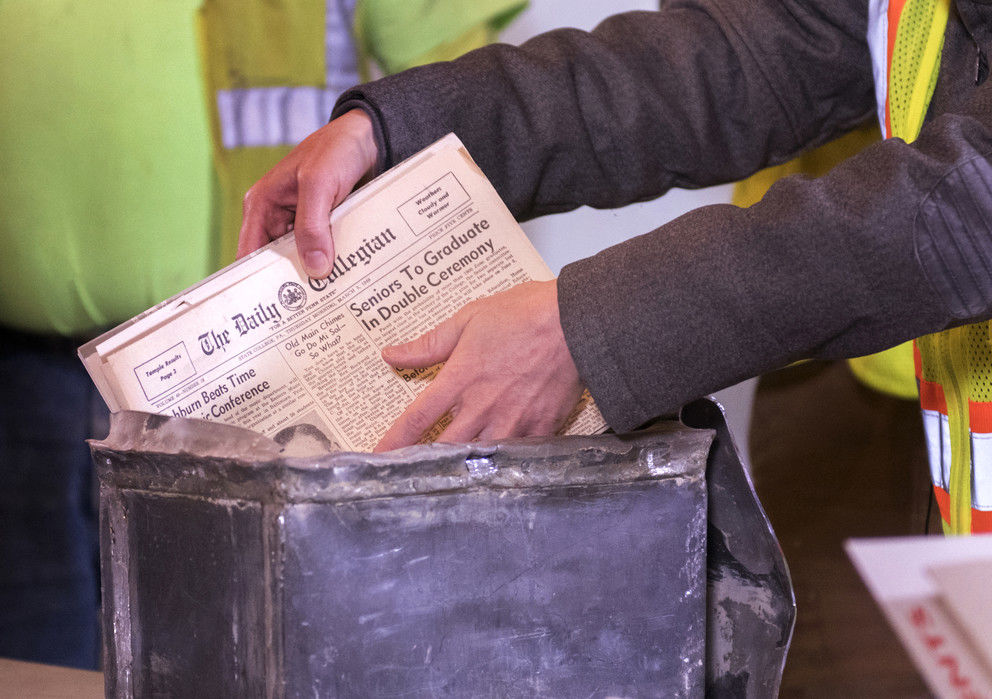 A time capsule from 1949 was found during the current renovations at Penn State’s Willard Building.

The year is 1949 — construction of the new Willard Building is nearly complete, and the university is preparing for its dedication ceremony.

What better way to celebrate a new building than by hiding a time capsule in its walls?

Fast forward 70 years later, and a pair of construction workers working on Willard Building renovations toss aside what they think is just another block of concrete. Suddenly, a lid pops open, revealing none other than the 1949 time capsule — a hidden treasure completely undocumented by the university.

To Monica Reed, facilities project manager for the Office of the Physical Plant, the most exciting part of finding the time capsule was how the construction workers found it, completely by accident.

“I was like a kid on Christmas morning, waiting to see what was behind the wrapping paper,” Reed said via email. “It was great that the guys who found the capsule were the ones who opened it at the ceremony and we actually opened it on-site in the location where they found the box.”

Some of the documents inside the capsule listed names of people who would be working in the different offices in the Willard Building, which was then the location of the bursar, the registrar and the graduate school.

“For as much as we talk about Penn State being about people, it was just kind of neat that that was something they decided to do,” Sampsell said.

Documents in the capsule included information on how to get a loan, how to register for classes, fee structures for tuition, room and board, course descriptions and a student handbook. There was also a variety of photos, as well as a copy of The Daily Collegian from the day of the building’s dedication.

Marie Hardin, dean of the College of Communications, said when she first heard about the time capsule she was skeptical — but after seeing a photo in the 1950 edition of Penn State’s yearbook, La Vie, she was convinced of reality.

The photo in the yearbook showed the widow of Joseph Moody Willard, the math professor for whom the building was named, “installing the time capsule into the cornerstone of the building when it was dedicated in 1949,” according to Hardin.

Hardin added that stories like this one portray the “common story” that is life at Penn State, binding the community together.

“I think one of the greatest parts of being part of the Penn State community is a sense of tradition and a sense of history,” she said.

Sampsell said it was interesting to relate some of the names on these lists to names around Penn State. For example, the person who was in charge of the graduate program at the time had the last name Kern, according to documents in the time capsule — and the Kern Building is where the graduate program is located on campus today.

Hardin also said Stanley E. Degler was listed as the news editor of the Collegian at the time the capsule was assembled, and in 2016, he donated a $1 million endowment to support the college’s Washington Program, which was then renamed in his honor.

As construction of the new Bellisario Media Center continues, the college is collecting ideas for what to include in a time capsule to replace the 1949 capsule at the grand re-opening of the center.

The new time capsule will be placed in the same location as the old capsule, but will be designed so the capsule has a more prominent, less hidden role in the room, according to Hardin.

The College of Communications is accepting emails with ideas for the new time capsule and will discuss what to include with faculty and student leaders as the grand re-opening approaches.

Hardin said she is excited for the day the new media center is dedicated and the conversation surrounding the time capsule, as she said it symbolizes the Penn State community and the progress it makes each day.

“To me what's in the capsule isn’t nearly as exciting as what the time capsule will symbolize,” Hardin said, “and my guess is that it was the same way back in 1949.”

The Penn State Board of Trustees committee on finance, business and capital planning approve…

Lindsey Toomer is the managing editor of The Daily Collegian. She is a senior studying photojournalism and global and international studies with a minor in French.