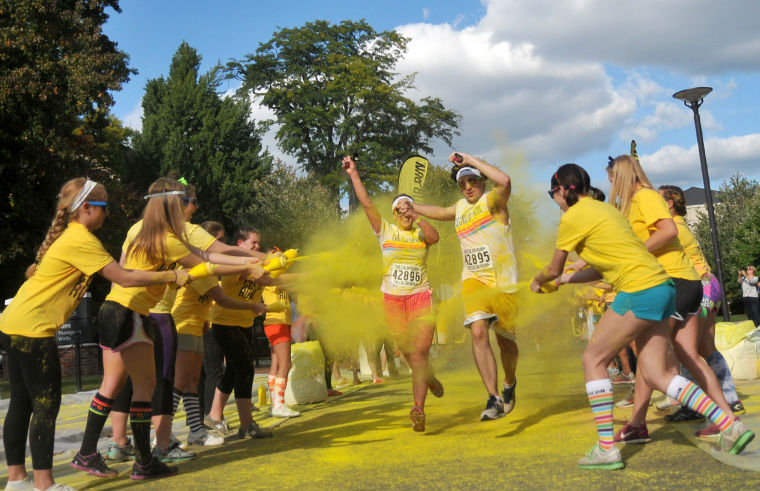 Two Runners hold hands while running through the yellow checkpoint of The Color Run Sunday afternoon on Pollock Road. 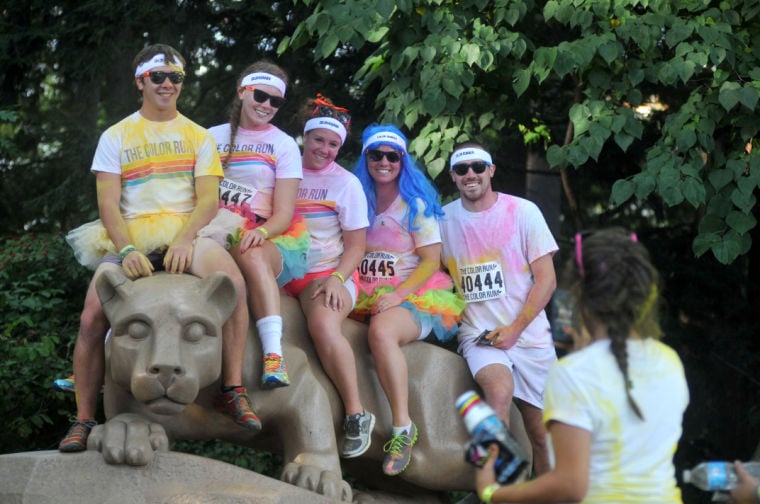 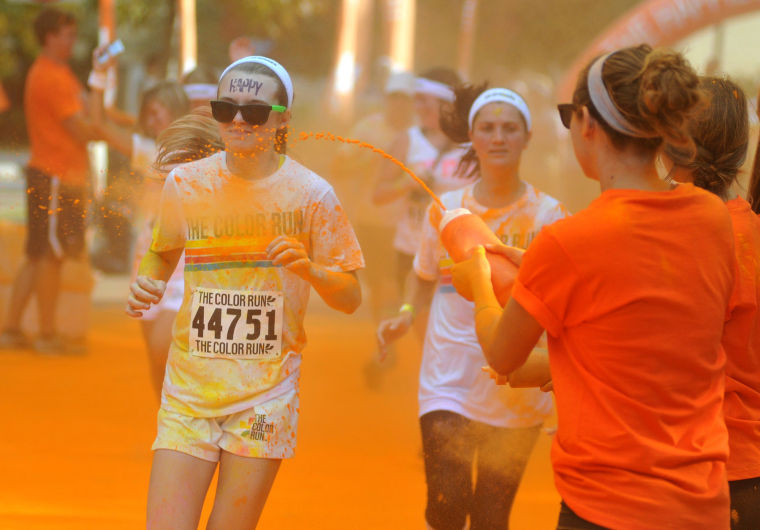 A participant gets sprayed by paint at the Orange checkpoint of The Color Run Sunday afternoon on Curtin Road. 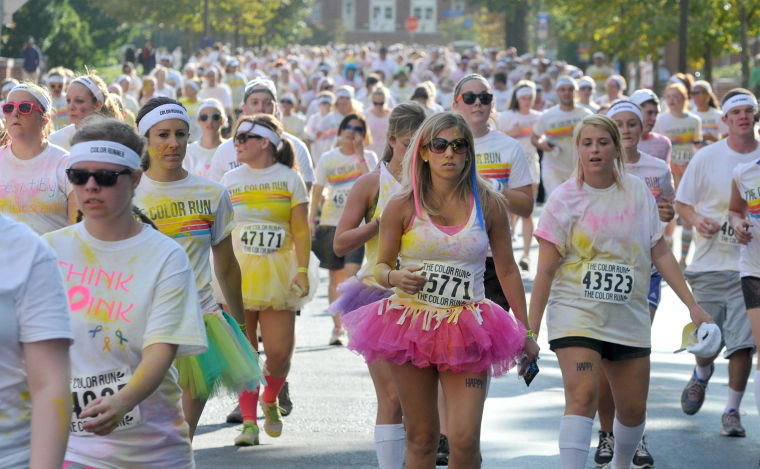 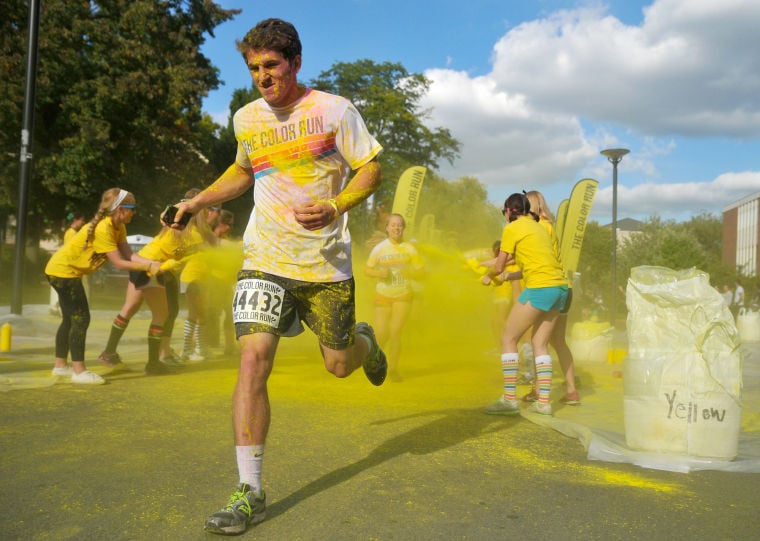 A participant runs through the yellow checkpoint of The Color Run Sunday afternoon on Pollock Road.

Two Runners hold hands while running through the yellow checkpoint of The Color Run Sunday afternoon on Pollock Road.

A participant gets sprayed by paint at the Orange checkpoint of The Color Run Sunday afternoon on Curtin Road.

A participant runs through the yellow checkpoint of The Color Run Sunday afternoon on Pollock Road.

Blue and white were not the only colors seen throughout Penn State’s campus Sunday afternoon.

While gathering outside of Medlar Field and Beaver Stadium, a sea of 10,000 participants prepared for what many called, the “happiest 5K on the planet.”

Dressed head to toe in white along with some wearing tutus, goggles, neon sunglasses and “HAPPY” tattoos, participants had the ability to either walk or run the race.

Homecoming and Color Run merchandise was sold during the race and was restocked once the merchandise committee found out there would be 10,000 plus people at the event, Fazio said.

Available for the entire crowd to participate in, Zumba and a group stretch were led by event staff members prior to the race’s start as well as a conga line leading up to the starting point.

Families, students and community members of all ages taking part in the race said they were doing the race for the experience.

Ursula McMillin of State College said she was excited to take part in the race with her daughter and granddaughter.

“[The Color Run] just looks like the most fun ever,” McMillin said.

Four’ o clock in the afternoon signaled a countdown and royal blue powder was dispersed into the air as the first wave of about 1,000 broke through the starting line.

There were different sections throughout the race where each different color, pink, blue, orange and yellow, was thrown into the crowd, homecoming production committee member Hillary Tilles said.

The first participants to finish the race took about 25 minutes to make it to the finish line.

One of the first people to finish, Jacob Ryan, said although the first wave was led up the wrong hill and had to run an extra mile, he would definitely do another [Color Run] in the future.

“I run cross country and track and field so I thought [The Color Run] would be a really fun and different experience,” Ryan, a senior at Clearfield Area High School , said.

Taking part in the race itself was not the only opportunity participants had to cover themselves in the multicolored powder.

Following the race, members were encouraged to make their way to the front of the stage and catch the hundreds of different colored powder packets from homecoming staff members.

Clouds of color emerged into the air after participants threw their packets almost every five minutes in what Color Run staff members called “color throws.”

Set up for run began around 10 a.m. Sunday morning and by 10 p.m. The Color Run would be cleaned up and nobody would even know they were there, Lane said.