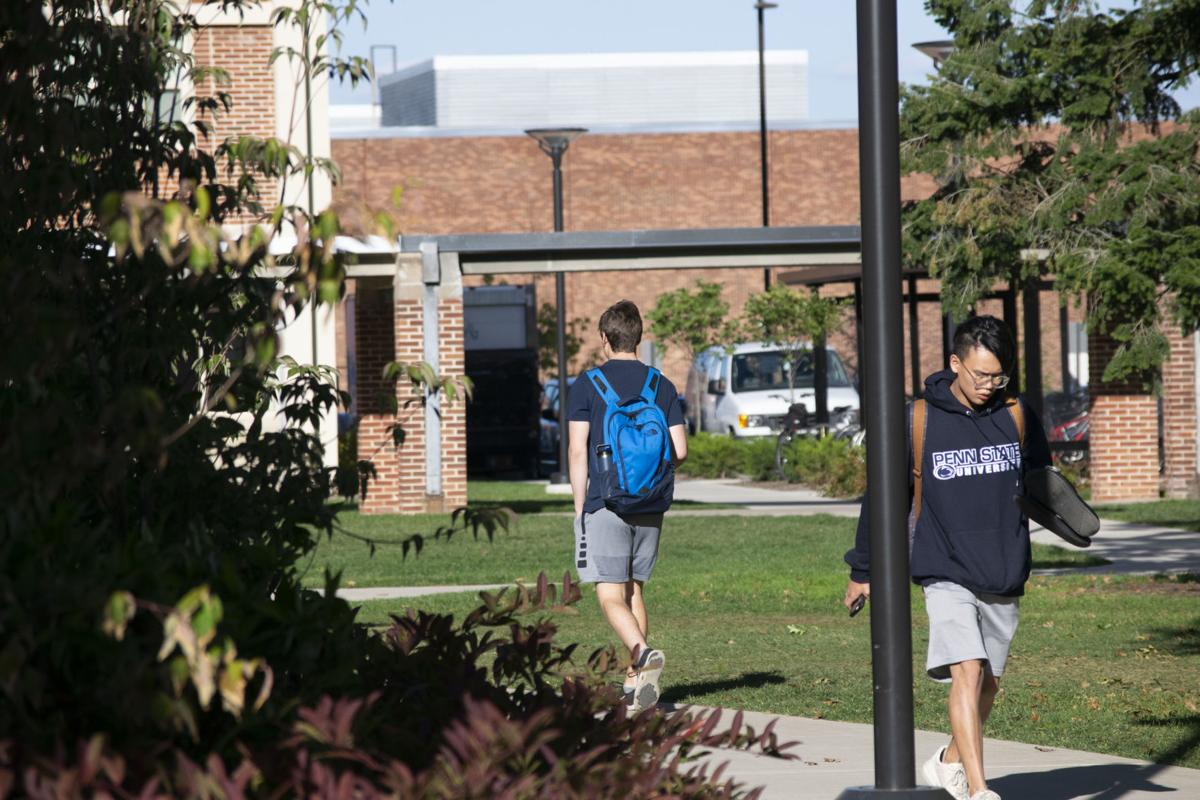 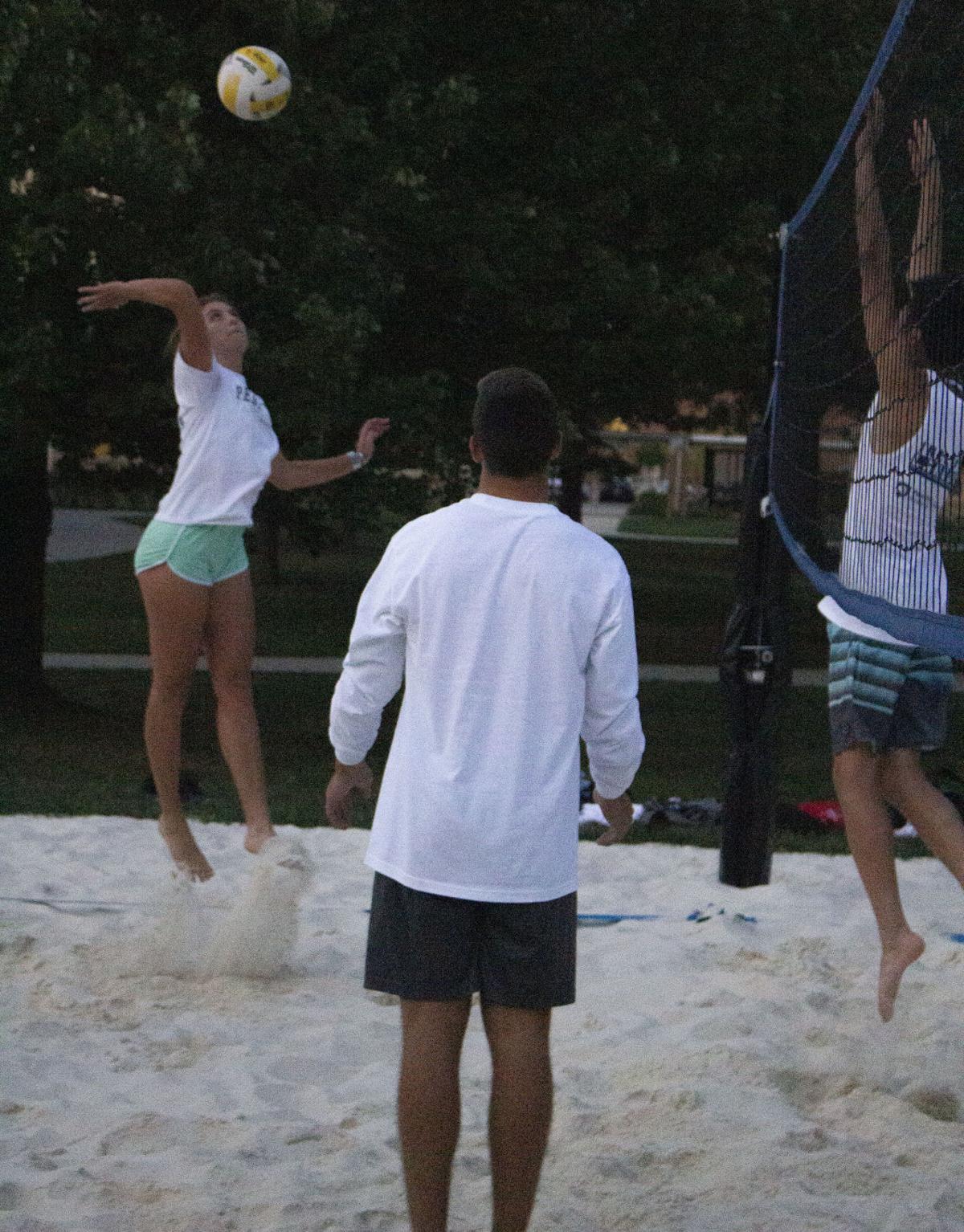 Olivia Olsen (freshmen-undecided engineering) spikes the ball over the net during a pickup volleyball game in the East Halls quad on Tuesday, Sept. 24, 2019. 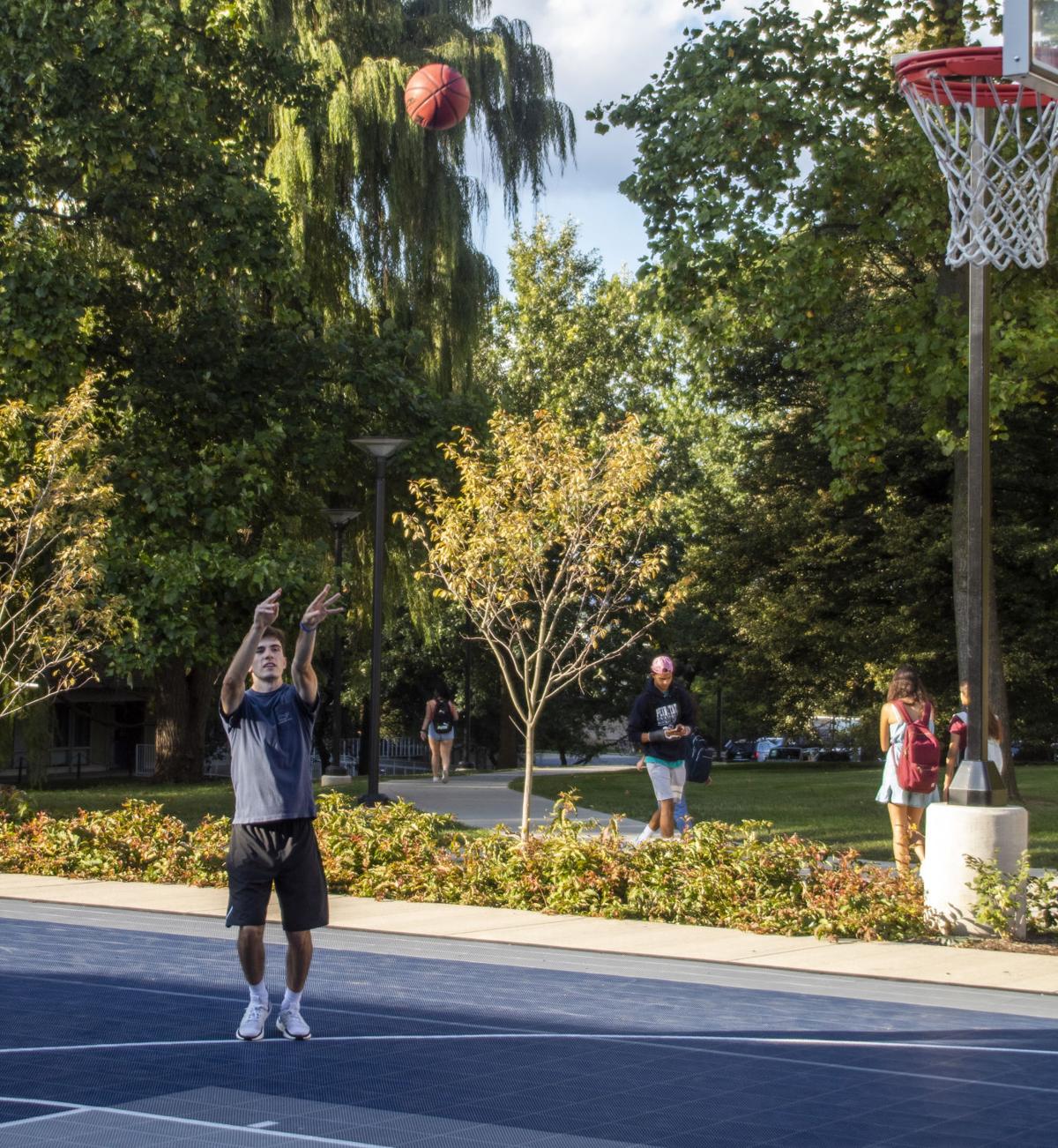 Jake Menz (freshman-business) plays in a pick up basketball game in East Halls on Wednesday, Sept. 4, 2019.

When deciding how to set housing preferences as a freshman, the idea of living in East Halls and receiving the true first-year experience is often tossed around.

It is said that living in a building with an entirely freshman population is essential to making new friends and becoming comfortable around campus.

Although this is a common assumption, Penn State students seem to have mixed feelings as to whether or not it is actually true.

Some students believe that living in East Halls exposes one to an experience they could not receive anywhere else.

Hanna Schmitt — who lived in Ritner Hall in Pollock her first year —said that although she made a few close friends there and felt like her location was central on campus, she still feels like she missed the opportunities offered in East Halls.

“I feel like it was a lot harder to make friends because we weren’t with all of the other freshmen,” Schmitt (junior-finance) said. “We made the most of it I’d say, but I definitely think we missed out. We didn’t have a big friend group or anything and we weren’t really that close with the people on our floor.”

Madison Sames, who also lived in Ritner Hall her freshman year, said she felt like her experience was lacking in some ways because she didn’t live in East. She added that the lack of co-ed floors and limited number of freshmen nearby were contributing factors to her sentiment.

“I feel like we had a very different experience than most of the freshmen here,” Sames (junior-Spanish and biology) said.

Elise Heeter agreed that living with other freshmen in East Halls offers the most ideal first-year scenario, but came about this conclusion from a different angle.

As a transfer student from Penn State Behrend, Heeter (senior-health policy administration) lived off-campus at The Retreat in her first year at University Park, although she lived in a dorm when she was a freshman at Erie.

Even though the experience in the freshmen dorm was not always ideal, she said that she thought it offered moments everyone should have in college.

“I think it was a really good experience. Would I want to relive it? Absolutely not, but I loved the dorms. It was really fun, but sharing a room the size of a closet and having no privacy kind of sucked,” Heeter said. “I think it’s just something everyone has to go through. Definitely teaches you a lot for sure.”

As for East Halls specifically, Heeter said she would have wanted to live there had she attended main campus her first year.

Other students, however, said that they did not feel like their freshmen experience was lacking because they lived outside of East.

Marlowe Galbraith lived in Simmons Hall in South Halls her freshman year and commented that although she wished she lived near her friends in East Halls during the year, she is grateful for the location for a variety of reasons — including proximity to downtown and her classes, as well as being surrounded by the driven students of the Schreyer Honors College.

“I think things work out as they should and it was a good decision in the end,” Galbraith (junior-political science) said. “I met new people out of it that I probably wouldn’t have been exposed to otherwise. It was good overall I would say.”

Michael Castell also said he was not negatively impacted by living outside of East. Having stayed in Shunk Hall in Pollock, he explained he enjoyed walking around campus as he went to his classes, was close to the downtown area and was pushed to make new friends —given that he did not have any friends from high school here.

Castell (sophomore-computer science) said he does not believe his first year experience was lacking in any way compared to those who were East Halls residents.

”I’m sure I had a different experience, but personally I don’t think I missed out on anything that I would’ve wanted to do,” he said. “I think that the campus and the students on it are friendly enough and open enough that you’ll get the experience that you are looking for.”

Still, there are other students who cannot side one way or the other. Rather, they resonate with both schools of thought for different reasons.

Alexis Lukaszewski is currently living in Hastings Hall in East Halls, and commented there are good and bad aspects to this location. She said she likes being surrounded by her freshmen classmates, but also finds the area to be far away from key points on campus and a bit chaotic at times.

Lukaszewski (freshman-division of undergraduate studies) added, however, that she would not trade her room — although unrenovated — for the newer housing options available elsewhere.

“Those renovated dorms are all so nice and it’s like living in a hotel, but I feel like they kind of limit your experience,” Lukaszewski said. “The typical freshmen experience is the embodiment of the traditional East Hall — the one that was built in the 1960s and you’re forced to brush your teeth together.”

Coming from the opposite end of the spectrum, Ryan Marshall said he is pleased with his location in the South end of campus in Simmons Hall, but wishes he could experience some aspects of East living — namely being close to friends and the tradition of “hallway jousting” that occasionally occurs in the East Halls.

Marshall (freshman-liberal arts) lives on The Globe floor of Simmons, a floor specifically dedicated to students in Schreyer. He said being near students who are academically driven has created a positive semester for him so far.

“It was super easy to make friends when I first got here,” Marshall said. “It’s just a great environment to be in, work in and live in.”

Despite differences in opinion, students seem to agree on a common theme: one can make the most of their freshman year, regardless of where they live.

Galbraith was one of the students who vocalized this concept.

Is living in Eastview Terrace worth the extra cost? Penn State students weigh in

Every year, Eastview Terrace houses more than 800 upperclassmen, giving them access to their own room, their own bathroom, free laundry facili…