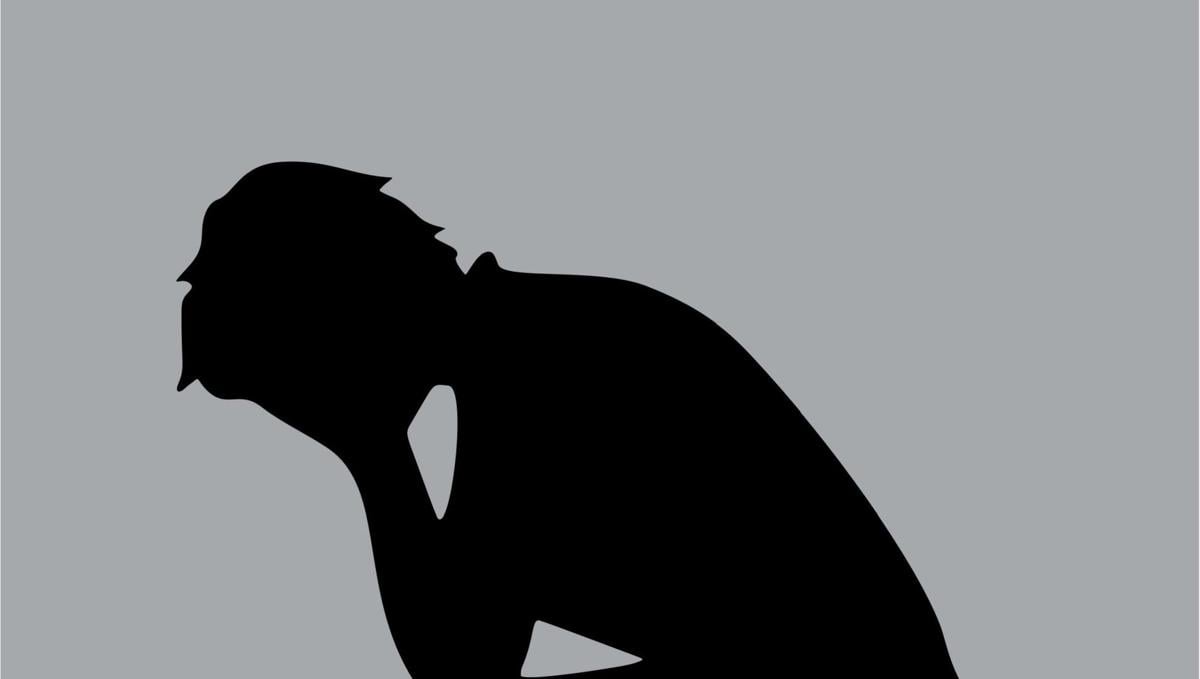 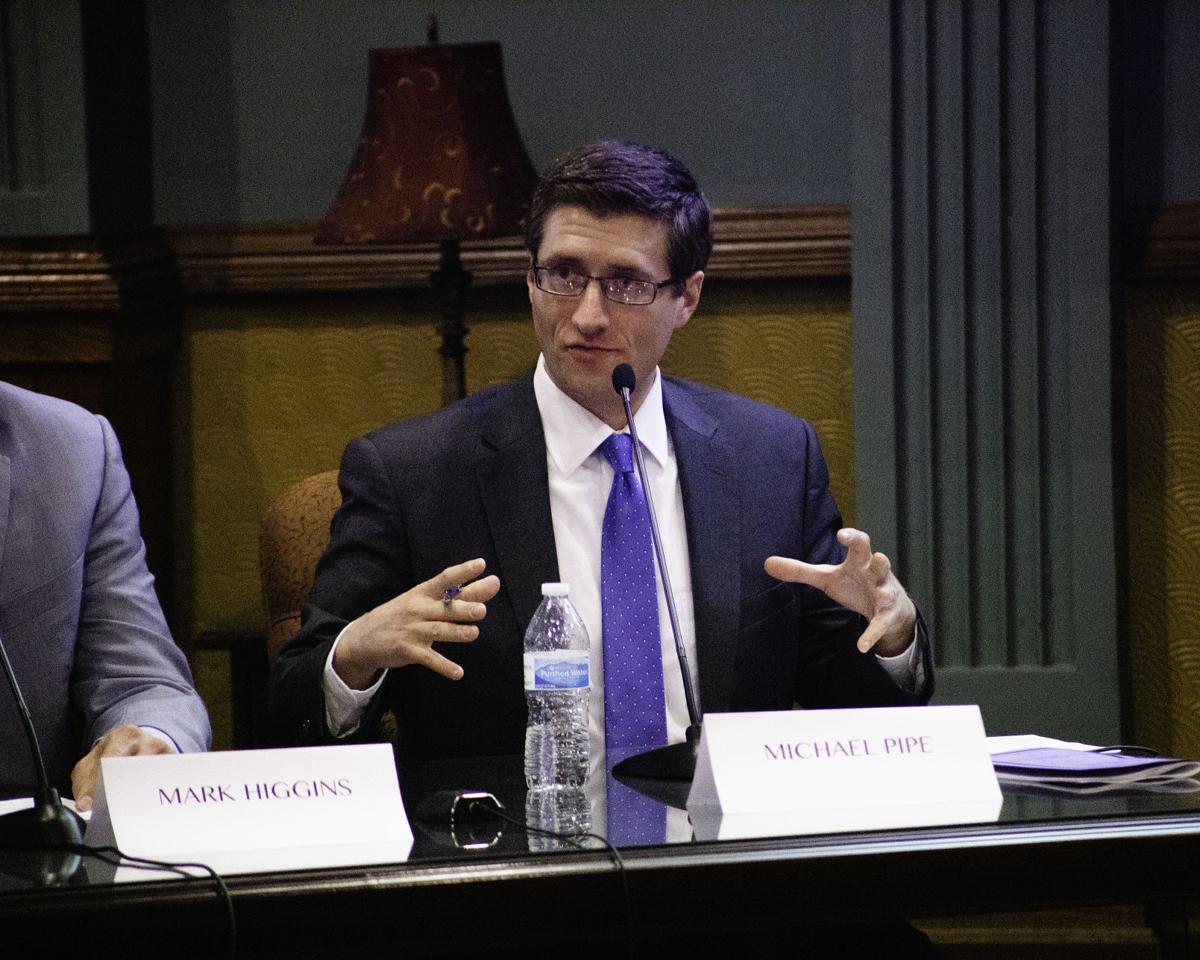 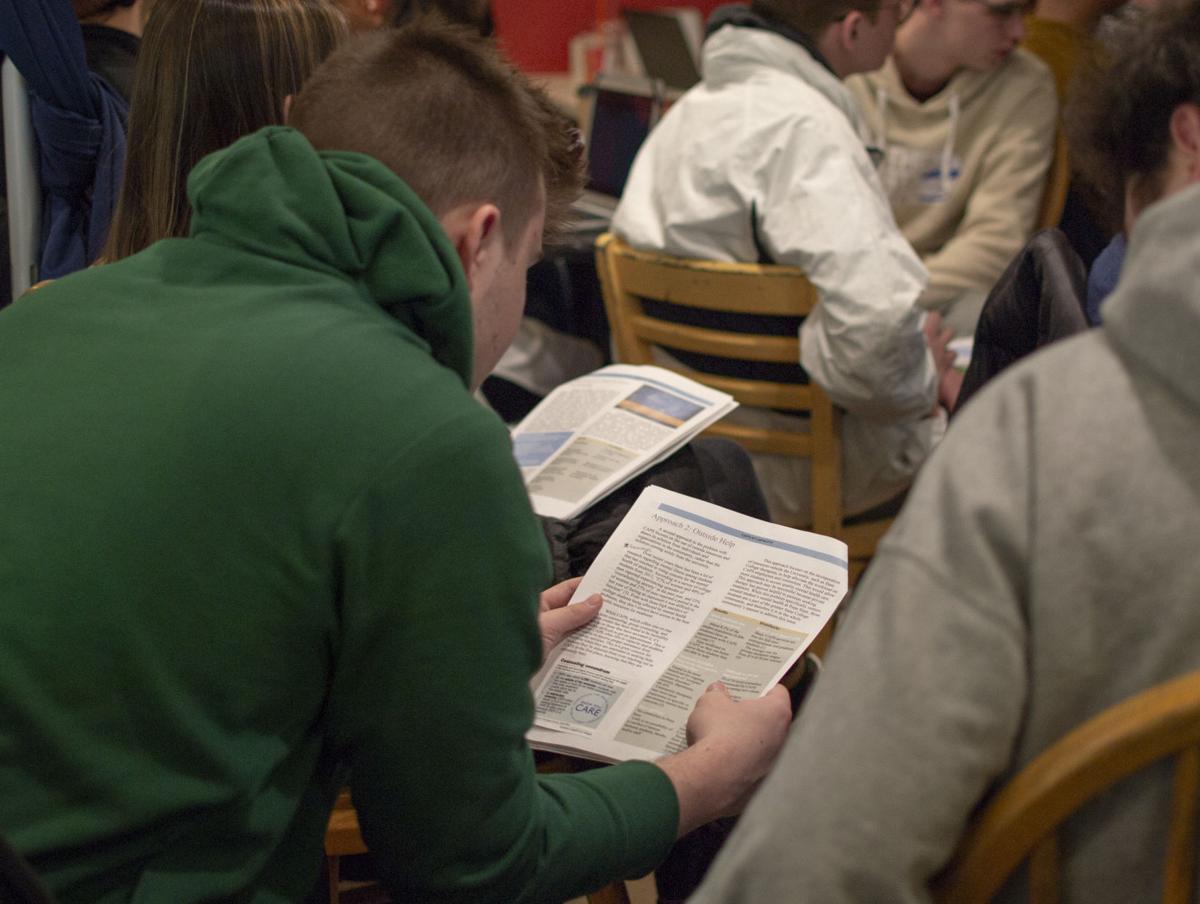 An audience member reads over approach ideas for improving mental health resources at Penn State during "CAPS at Capacity" on Thursday, Feb. 28, 2019. The deliberation was held by students of a Freshmen Honors English class.

Lawmakers in both Oregon and Utah have passed legislation in the past year that allows students to take time off school for their mental health.

While these bills were driven by high school students, it’s no secret that college students battle with mental health, as well.

According to the Anxiety and Depression Association of American, 30 percent of college students reported that stress had negatively impacted their academic performance.

Jordan Salim, president of Active Minds, supports students being able to take a “mental health day” — a day where a student would miss class to care for their mental health.

“Taking mental health days and taking time for yourself is so healthy,” Salim (senior-bio behavioral health) said. “Just taking some time, being mindful of how you're feeling and kind of accepting of how you feel, and how other people feel, as well.”

Salim said she has taken mental health days herself when she hasn’t felt “too great” or was dealing with a lot of stress, adding that mental illness can often have physical symptoms.

“Sometimes you just need to lay in bed,” she said. “It almost makes you kind of feel sick, like in a different way.”

She added there is often a stigma around the topic of mental health in general, so taking a “mental health day” can carry that stigma, as well.

“I feel like there can be such a negative feel to it, or a negative association with it because it kind of makes people think, ‘Oh, there's something wrong,’” Salim said. “And some days, there could be something really rough going on in your life, but there's other days where, you know, you just need a little break. I feel like that's more than human.”

Assistant teaching professor of psychology Beth Gerace said, to her, there’s a difference between taking a mental health day to relax, and taking time off from school because a student is dealing with mental illness or having a mental crisis.

“I think of [mental health days] as a preventative measure that we all sometimes use to take a break from the pressures of daily life,” Gerace said via email. “I think of a mental health day as taking a day off of work or school just to rest and restore.”

If students are coping with a mental illness or crisis, Gerace believes an excused absence is necessary, just as if the problem was physical.

“College students deal with unique stressors and it is very important that they take care of their physical and mental health,” she said.

However, each professor has their own policies when it comes to mental health days.

Salim said that while it is important for students to care for their mental health — even if that means missing class sometimes — the specifics of wanting a “mental health day” to be considered an excused absence could be difficult because it’s hard to prove.

Just like professors will sometimes allow students to have a certain number of unexcused absences, Salim said mental health days should be dealt with similarly.

Dustin Elliot, assistant teaching professor of psychology, also acknowledged there “are a significant number of factors” to consider when talking about whether or not mental health days should be “excused absences.”

“At the college level,” Elliot said, “students are young adults, and it is important that they make decisions for themselves. If a student feels that missing a day of classes will benefit their college experience overall, then that is certainly an option they should consider.”

Elliot said many professors are trying to “empower” their students by not taking attendance, which can better allow students the ability to make these choices for themselves without being penalized.

“With this freedom, though, comes a responsibility for the students to make sure that they are completing assignments and preparing for deadlines appropriately, regardless of missing class,” Elliot said.

“Students with poor mental health can experience a lack of concentration and motivation, among many other issues,” he said, “which can make being successful in academia very difficult.”

Eleven years after the suicide of his older brother Mark, Dennis Gillan received the second phone call he will never be able to forget. His yo…