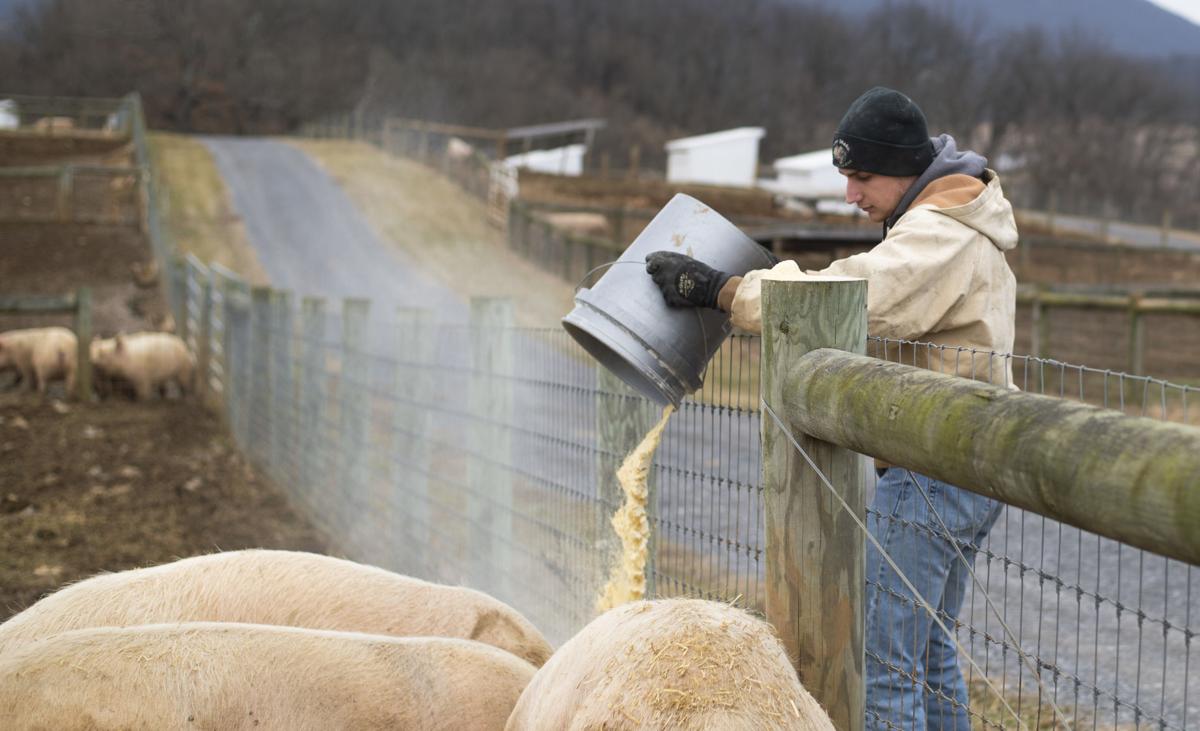 Eli Baker (senior - agricultural systems and management) feeds the pigs on the grounds of the Penn State Swine Center on Wednesday, Feb. 12, 2020. 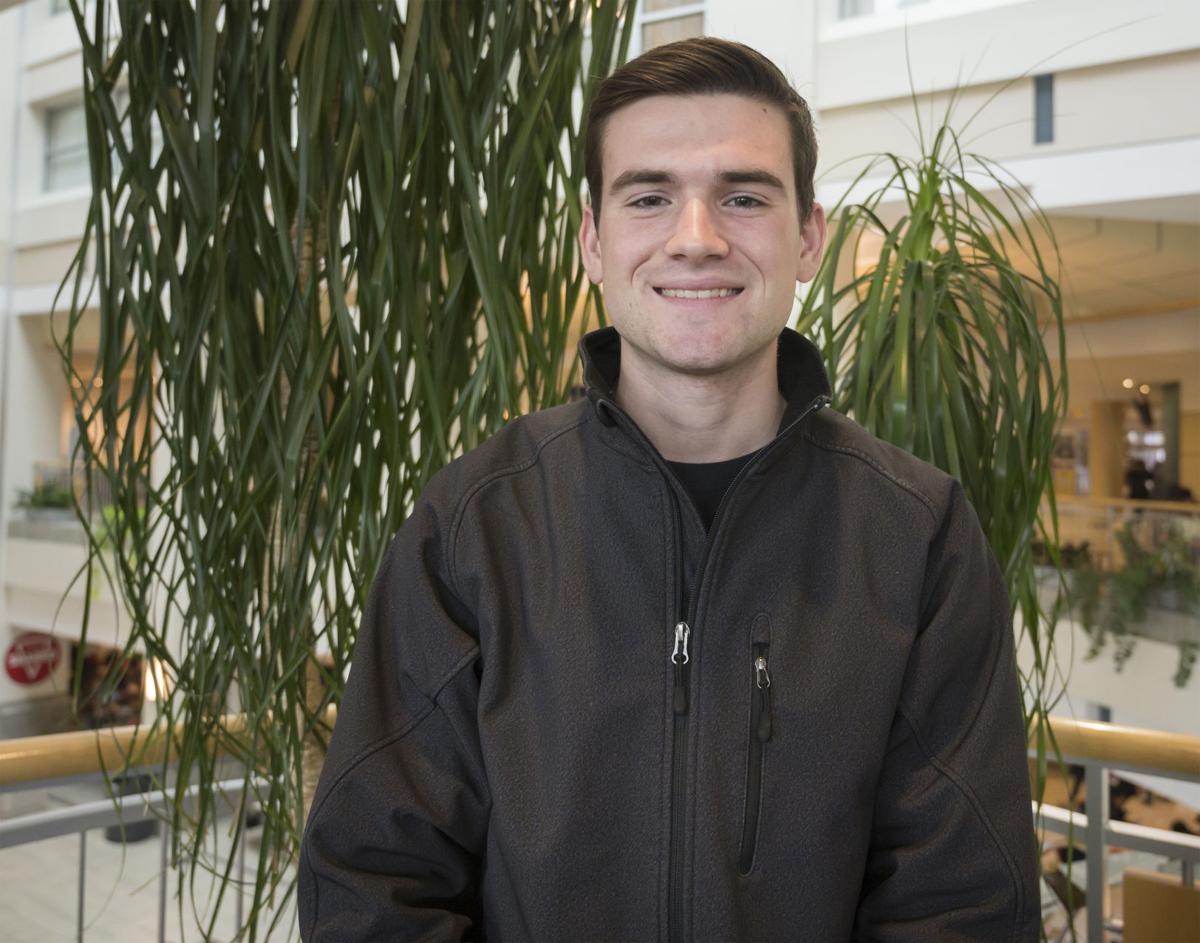 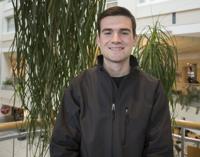 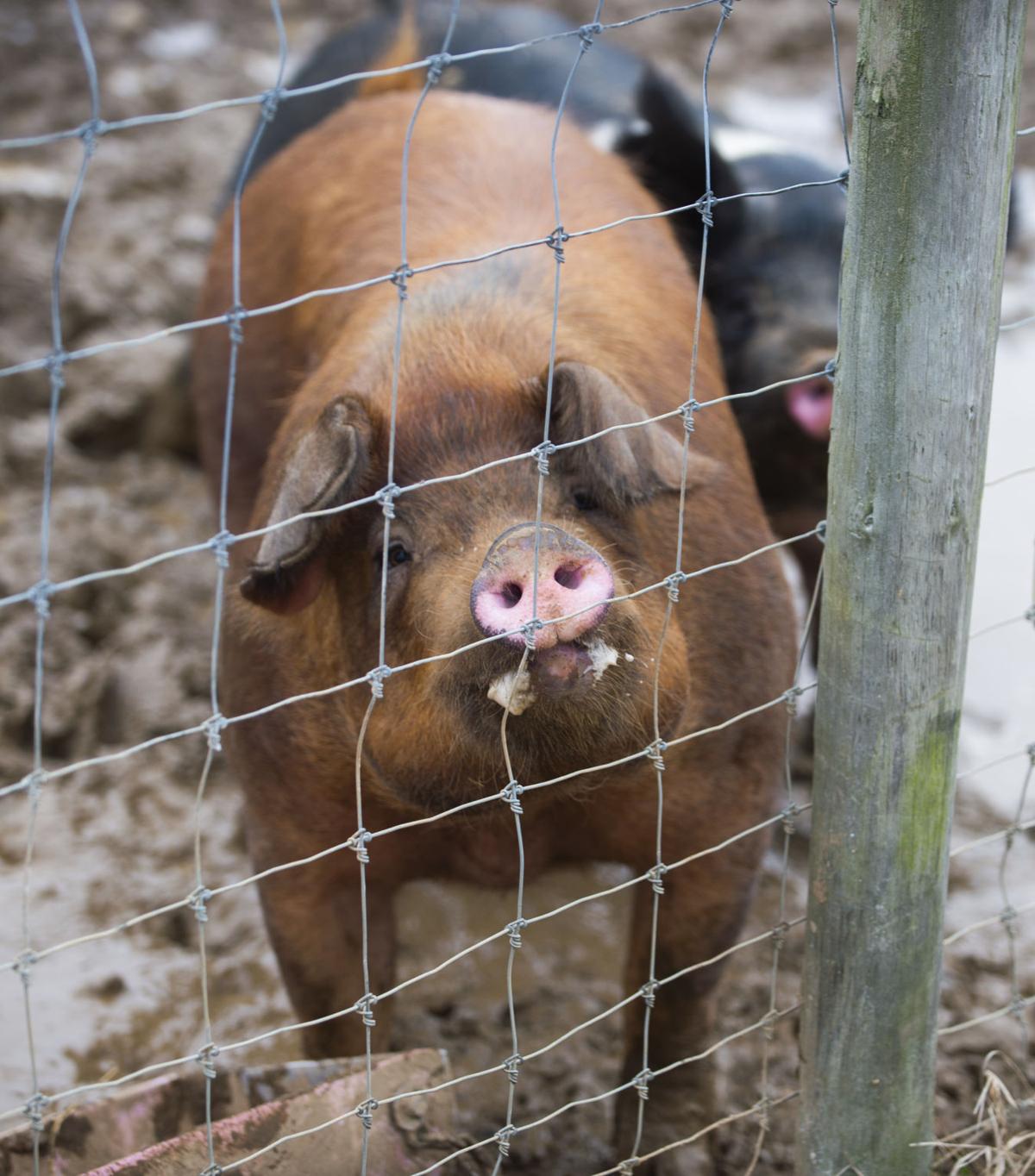 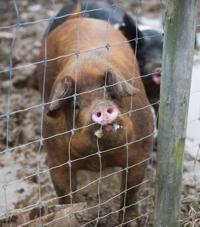 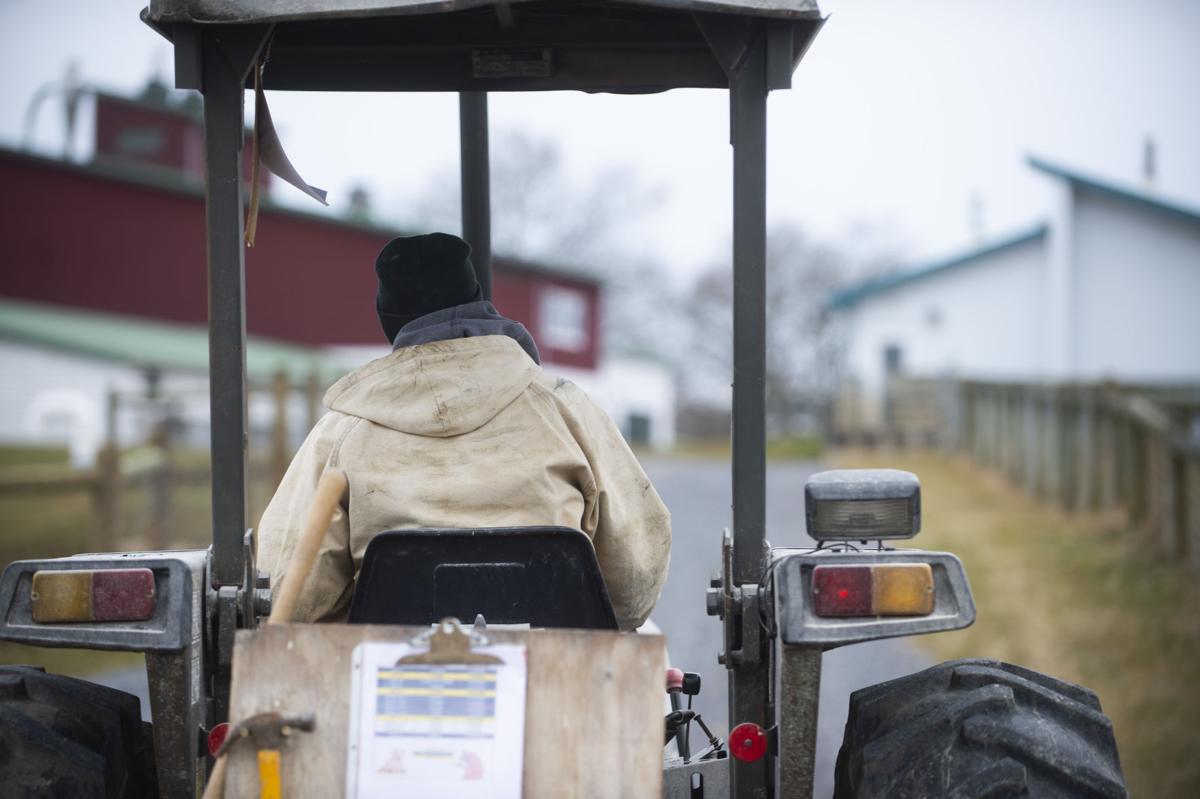 Eli Baker (senior - agricultural systems and management) drives a tractor around the grounds of the Penn State Swine Center to feed the pigs on Wednesday, Feb. 12, 2020.

After completing freshman year, it is customary for students to continue living in a dorm or move off campus to an apartment.

Other Penn State students, however, choose to stray from these selections, including some individuals from the College of Agriculture.

David Buckwalter and Eli Baker chose an alternate form of housing — the barn at the Swine Research Center past Beaver Stadium.

According to swine farm manager Mark Kreidler, all of the barns at University Park offer limited housing spaces to students who are interested in working and living directly on the farm.

Kreidler said the swine farm has both “live-in” and “walk-in” workers who have to divide the tasks evenly among themselves each day.

He added, however, that the live-in students are always in charge of the morning chores — seeing as they have the living location to accommodate the 6 a.m. start time — before the walk-ins arrive at around 8 a.m.

Buckwalter (sophomore-animal science) said as the first people to work in the morning, he and Baker (senior-agricultural systems management) are tasked with making sure the roughly 550 pigs are healthy and functioning normally before the day begins.

On top of this, both students help the farm’s efforts by feeding the pigs in the indoor and outdoor locations, as well as the nursery, making the feed, scraping the pens, making sure the pigs are clean and pressure-washing various rooms and spaces of the barn.

Both Buckwalter and Baker also assist with breeding and farrowing — the process by which piglets are born.

Baker said being involved with these tasks is one of his favorite aspects of the job.

“I particularly enjoy the days where we have baby pigs born,” Baker said. “Being able to bring life into the world, take care of them and help them grow a little bit [is really rewarding].”

Buckwalter also expressed a fondness for these tasks. He added that despite the less glamorous chores he has to complete, he enjoys the job overall.

“Being able to help with producing more pigs is something that makes you feel good, but there’s also the pressure-washing and cleaning up after them which sometimes isn’t that fun,” Buckwalter said. “It’s all part of the job.”

The swine farm only offers one room for two students to share each academic year. Kreidler said this arrangement can be difficult to organize sometimes, seeing as the singular room availability requires the selection of either two female or two male students for the room.

When deciding who will live in the room — which is located directly above the barn’s office — Kreidler said he and his fellow manager Ben Kline choose students who “demonstrate that they have a strong work ethic and [sense of] responsibility.”

Although not a requirement, Kreidler said it is preferred that students work at the farm prior to requesting the barn room so they can prove themselves while working for him at the center.

In line with the typical requirements of barn live-ins, Buckwalter and Baker have to work at least five hours per week in order to pay for their housing on the farm.

Kreidler said they can work up to 20 hours a week, however, meaning that anything they earn beyond rent payment goes directly to the students.

Despite the challenges, Kreidler said he believes his arrangement is ideal for students interested in pursuing a career with animals or agriculture, especially because the rent is cheap and he gains work experience.

“This is livestock. They’re large animals, it’s dirty, it’s hard work,” Kreidler said. “But it teaches them a lot of responsibility and teamwork.”

Baker said the more challenging parts of the job are outnumbered by what he has learned from it.

“It kind of gives you an appreciation for some of the work that goes on here, and overall there are tons of details that go along with [agriculture] that are really good experiences,” Baker said.

He added that although he sometimes faces tasks he is unaccustomed to, overcoming any potential difficulties is just a matter of “training and getting used to things.”

Stemming from this, Buckwalter said working alongside his roommate and managers has created a positive environment and work experience.

“It’s nice living right there and seeing them just about every day,” Buckwalter said. “It’s a family, it’s a community, and we work well together to get the job done.”

Both Buckwalter and Baker said managing their time to accommodate their work on the farm and school responsibilities is not a major difficulty for them.

Buckwalter said he treats his job on the farm similarly to how one would an extracurricular activity.

“It’s definitely something I have to be mindful of when I’m arranging my schedule and I have to stay organized with the calendar,” he said. “It’s just like another club for me and I treat it like that, because I do enjoy my job a lot.”

As for living in the barn, Baker said he has to make some sacrifices, but still likes the middle ground provided by his housing location — in part because of the Beaver Stadium view.

“It’s really nice, because I am pretty close to campus and it’s not too close,” Baker said. “I’m still kind of secluded and it’s nice to be out there.”

Buckwalter said the transition from being a freshman on campus to a sophomore in an atypical location off campus presented him with an adjustment period, but he said he ultimately likes the location.

“I like it a lot more than living on campus,” Buckwalter said. “Being able to live on the countryside and being surrounded by mountains is something I really love.”

With Baker having lived in the barn since summer 2019 and Buckwalter since fall 2019, Kreidler said he feels both students have served as good workers and residents on the farm.

“They’re both willing to go above and beyond, they get along with each other, and they’re pleasant,” Kreidler said. “If I could have two like them all the time, it would make my job a lot easier.”

Kreidler added he and Kline heavily rely on Buckwalter, Baker and all of the other student workers.

“[They] allow us to do what we do,” he said. “We need student labor to get the work done, so [their help] is invaluable.”

Kreidler said that both Buckwalter and Baker will be moving out of the barn room at the end of this semester.

Because the Swine Research Center does not have any other male student workers, Buckwalter said he will live in a different employee housing option — provided by the Department of Animal Science — upon graduation.

Two female students will take their place in the room on the farm, according to Kreidler.

Despite this transition to separate employee housing, Buckwalter said he will continue his work on the farm since it is an experience he is glad to take part in.

“My whole life I’ve been around pigs... I can’t really find myself anywhere else besides the pig farm,” Buckwalter said. “It’s something that’s really unique and I love telling people about it, because I’m extremely passionate about it.”

Although all current Penn State students are now faced with the task of online learning, there are some students who have to handle this chall…

With much of the world halted by the coronavirus pandemic, Penn State's farms carry on

Due to the spread of the coronavirus and the corresponding need for social distancing measures across the globe, Penn State has made an effort…