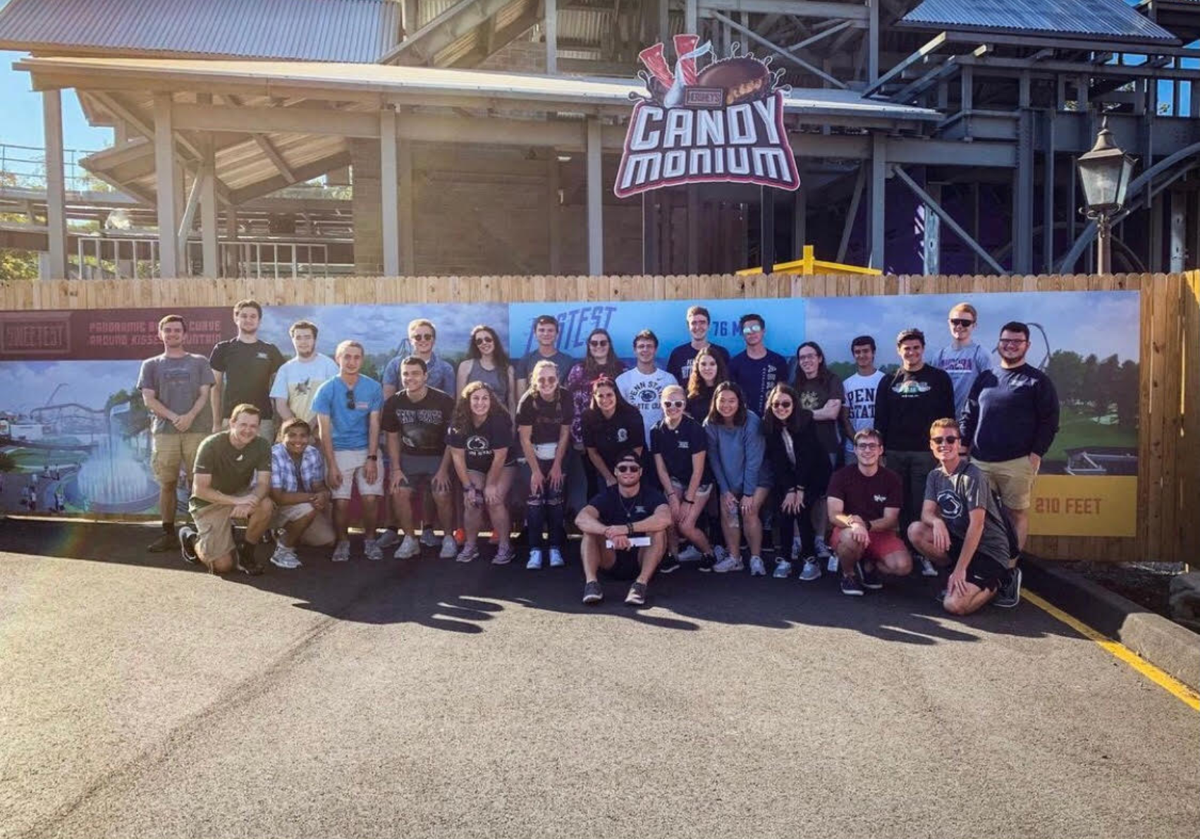 Members of the Penn State Theme Park Engineering Group pose for a photo in front of the Candymonium roller coaster at Hersheypark in Hershey, Pennsylvania. 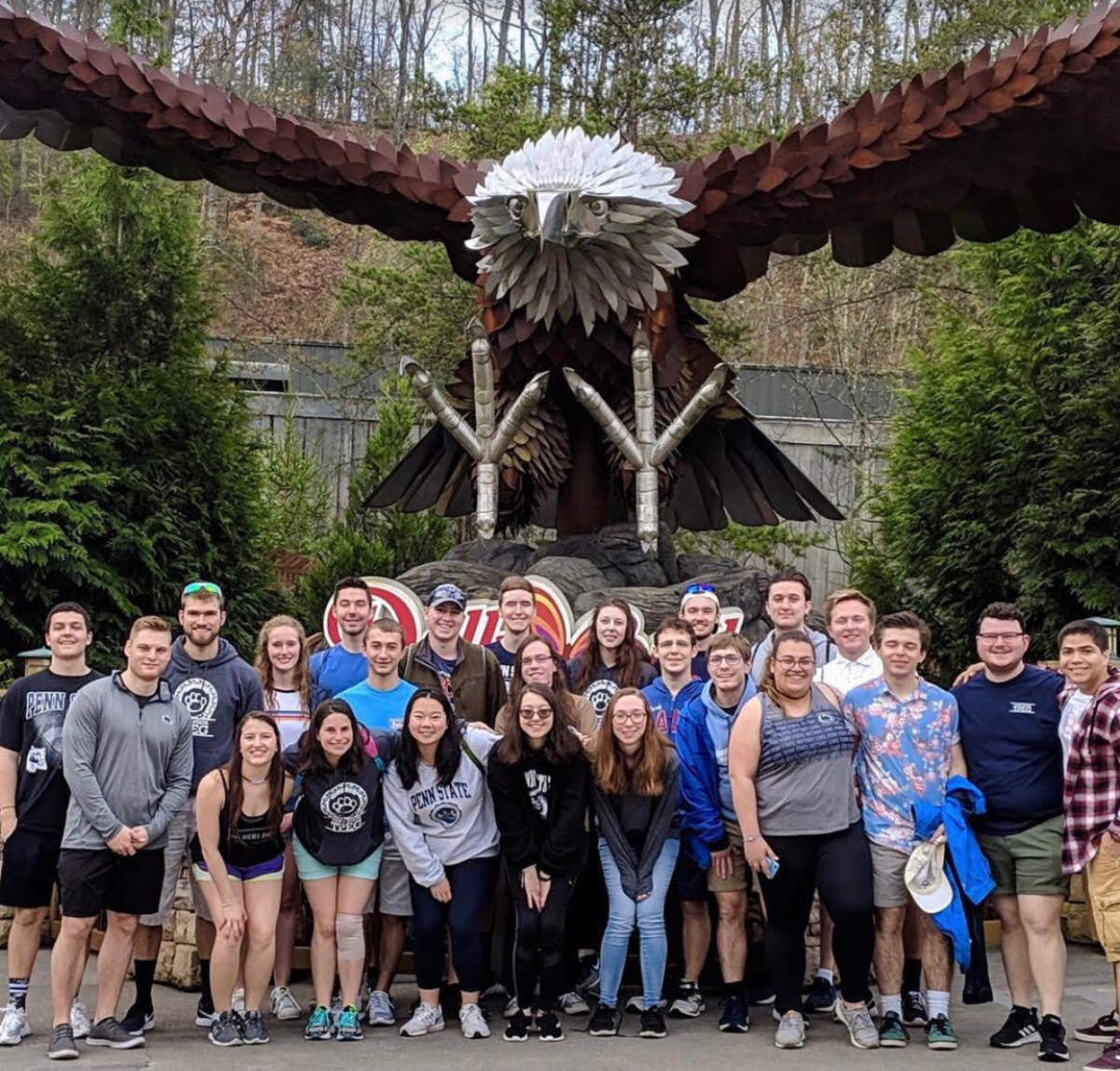 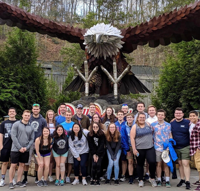 Members of the Penn State Theme Park Engineering Group pose for a photo on a trip. 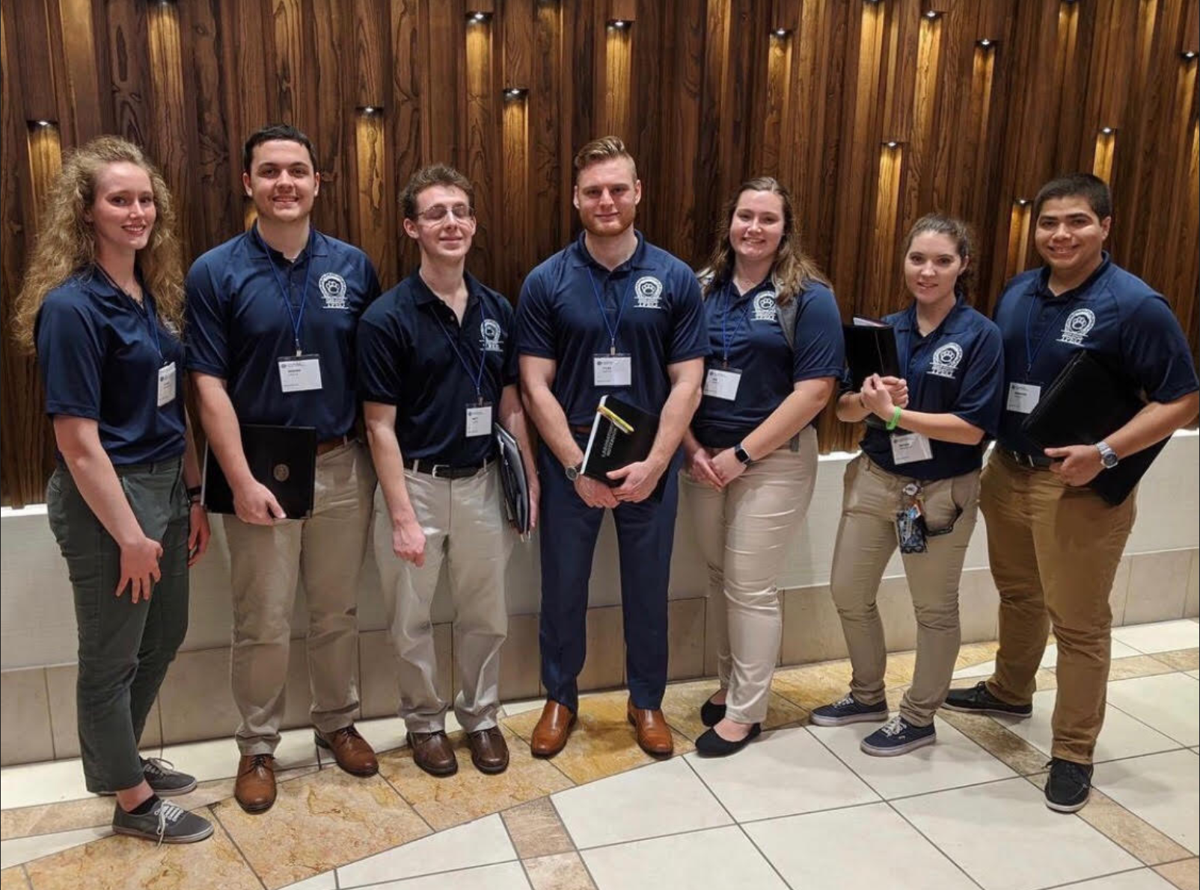 Members of the Penn State Theme Park Engineering Group pose for a photo.

Established in 2009, the club was formed by students who met through the Penn State Blue Band and Schreyer Honors College.

The group has grown and worked to create the roller coasters people know and love.

“What we do is spread knowledge of theme parks throughout the university,” TPEG Vice President Braden Heisler said. “We network within themed entertainment, help students learn more about the industry and get jobs.”

TPEG Treasurer Laura Brownstead joined the group after she felt worn out by an exam and joined an “interesting” talk by a Disney Imagineer one night.

“The club does a fantastic job of showing students [what a job in the industry] looks like, because some people would love to work for Disney, or they really want to get the chance to see what it looks like from an engineering perspective,” Brownstead (junior-engineering science) said. “The club does a good job of having projects and forming teams to work together to complete the kind of task you might in an actual job.”

Despite the coronavirus pandemic, TPEG is still keeping up with its core activities and projects the best it can, according to club President Jared Martin.

According to Martin, the team designs a coaster from the ground up using computer-aided design and drafting modeling software. Once it has been finalized, the club hopes to see it displayed on campus.

The group also uses the “No Limits” software to design desired roller coasters.

“You can choose the kind of track and support you want. Then, you use heart lining to determine the shape and layout of the track,” Martin said. “Once you’re done, you can simulate and run it on the track to what the [American Society for Testing and Materials] standards are for your coaster.”

Another well-known project the group is involved in is assisting the Forensic Club Annual Haunted House, according to TPEG member Tyler Demyan.

“We usually design an entire floor. You think of how people are going to walk through the room and how you can design props using cheap material,” Demyan (graduate-architectural engineering) said. “Creating an entire themed room is a challenge, but it’s so fun.”

Aside from pursuing projects, TPEG members attend two conferences — the International Association for Amusement Parks and Attractions and The American Society for Testing and Materials.

Before attending Penn State, Martin never thought he’d get to sit in the same room as a Disney Imagineer.

Heisler (junior-industrial engineering) agreed that the conferences are a great experience.

“I got to network with a lot of people within the industry. And, I got to learn about different companies that really do play a big role in the theme park entertainment space,” Heisler said. “You really wouldn’t hear that on a normal basis because [suppliers and engineers] don’t always get the spotlight.”

Demyan interned at Universal for two summers after speaking with the vice president of engineering and safety for the company at the ASTM conference.

“I worked on the Jurassic World Velocicoaster, which is opening next summer,” Demyan said. “I was fortunate to make a connection I never saw coming, and I actually work as a contractor now for a roller coaster manufacturer. I’ve been doing that for two and a half years now while in school.”

One of Martin’s fondest memories thus far in the club was when they went to Dollywood in Pigeon Forge, Tennessee.

Demyan agreed that the club’s trips, including one to Cedar Point during his freshman year, help to connect members.

“It really creates a family and helps everyone feel comfortable,” Demyan said. “I served as president for two years, and even planning trips is so fun.”

While trips are out of the question this year due to the pandemic, the club’s unity still holds strong, Heisler said.

“There have been so many changes going on, we almost have to rethink what entertainment is going to be in the future,” Heisler said. “I think that provides room for our club to grow and talk about these challenges together.”

According to TPEG members, anyone is welcome to join. The club has a wide variety of majors, from hospitality to event planning to graphic design.

“... Right now, it’s easier than ever to go to a meeting because you can just click the link once a week and join us [virtually].”

While students prepare for final exams, which officially begin Monday, Dec. 14, many are facing an unconventional situation similar to the spr…

Currently working on well over a dozen construction projects across campus, Penn State is maintaining and updating its facilities for student …

Courtney McGinley is a lifestyle podcaster for The Daily Collegian. She is a freshman studying broadcast journalism with a minor in business.