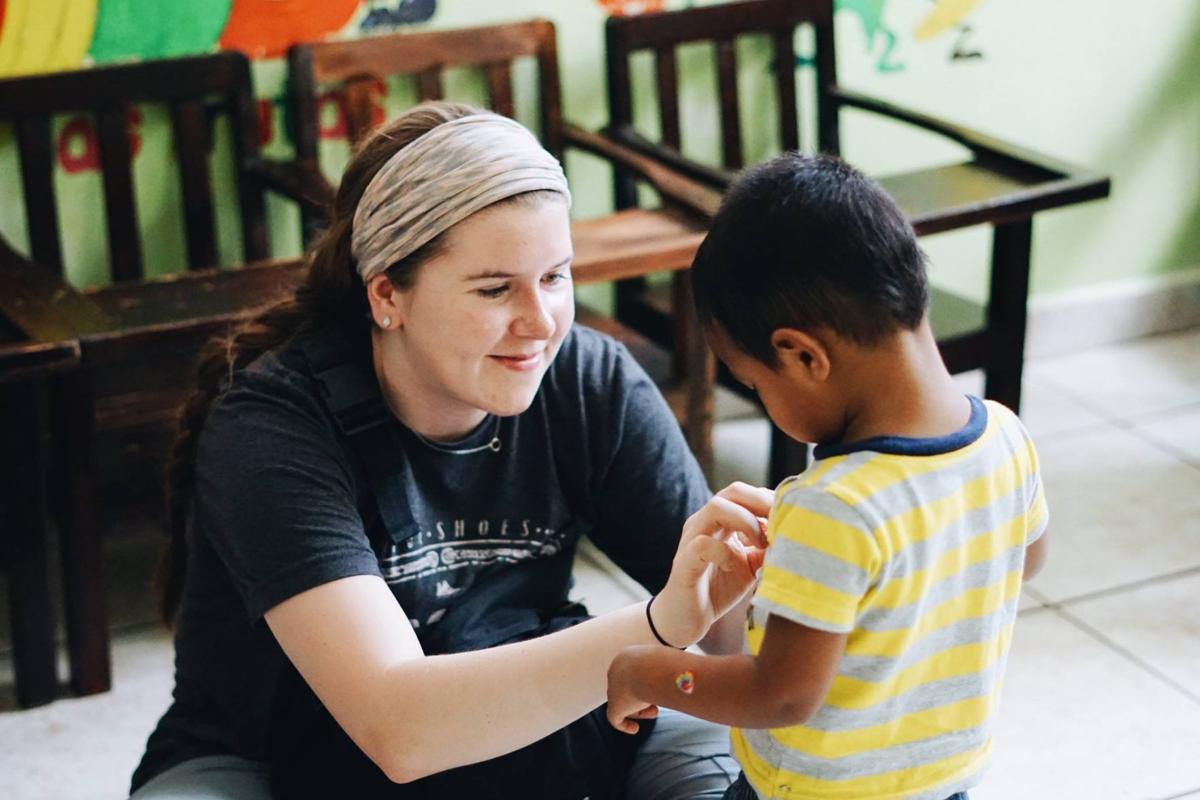 Soles4souls volunteers visit a center for abandoned malnourished children, where they served the children meals. 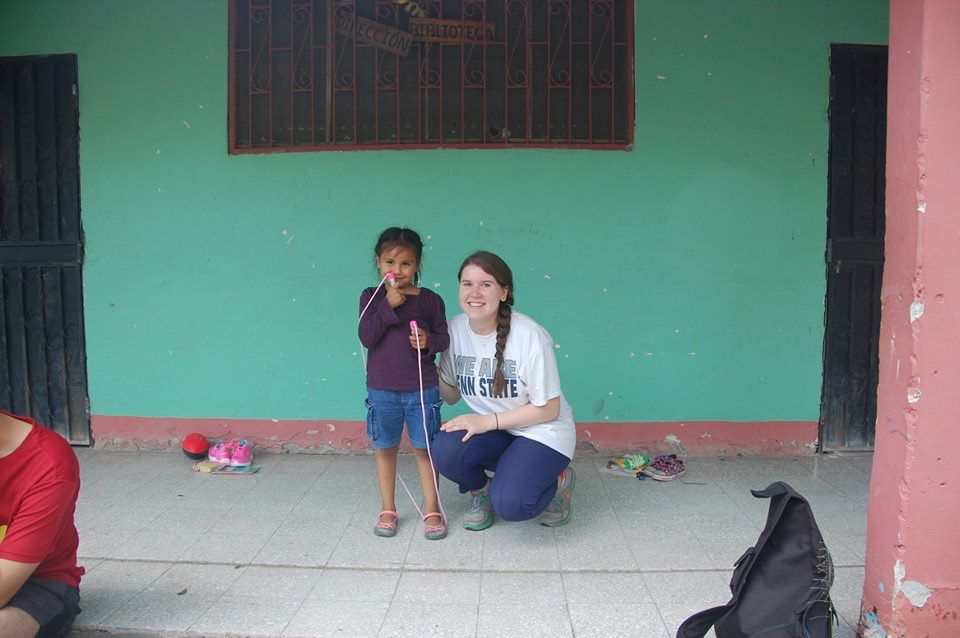 Post shoe distribution at an orphanage, where volunteers had the opportunity to play with the kids on the playground. 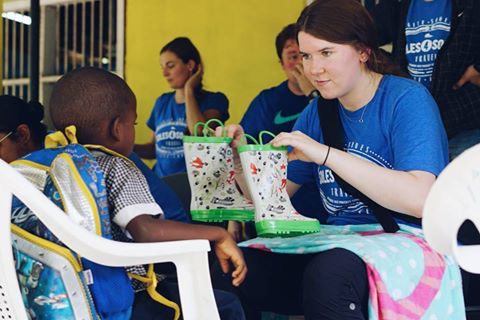 Shoe distribution at a school, where a volunteer asks a boy in Spanish what shoe size he wore, and if he liked the boots. Prior to the photos, the volunteer washed the boys feet in a basin.

During her junior year of high school, Katie Kubis traveled to Haiti through the Soles4Souls program, a nonprofit social enterprise that donates new and used shoes to people in need.

Kubis (junior-recreation, park and tourism) said the trip “opened her eyes to different lifestyles” that she hadn’t yet experienced.

Three years later, Kubis founded a Penn State chapter of Soles4Souls in fall 2018. She currently serves as the club’s president.

For students who seek to take part in “wearing out poverty,” the recently formed Penn State club allows them to do so.

During her high school trip, Kubis said the shoes they collected were packaged and shipped to a warehouse. Those who received the shoes could wear them or sell them to help “kick start the economy.”

This model allows individuals to start small businesses within their communities, which can provide education and career opportunities for people who otherwise wouldn’t have them, Kubis said.

“Providing them with shoes was such a powerful experience because it allowed them the chance to go to school and get jobs — something we all take for granted,” she said.

Soles4Souls acts as a middleman — the group donates the used shoes in return for a small amount of money. This donation is considered a loan, which has to be paid by the individuals in order for the organization to breakeven.

“The nonprofit is a low risk micro-enterprise because the loan is such a small number,” Kubis said.

According to Ella Whartenby, Penn State Sole4Soul’s former vice president, there are “two ways to make connections through what we have and what other people are in need of” — money and shoe donations. Students can donate their money to the club or donate their old shoes to then be sent off to help a person in need.

“As human beings, it is our responsibility to help people who are less fortunate than us,” Whartenby (junior- kinesiology), who is still involved with the Penn State chapter, said. “It’s also really easy to take the shoes you don’t need any more to our drives.”

There are two shoe drives that are held each year — one each semester. The fall drive takes place on campus in all the dining commons, the Westgate Building and the HUB-Robeson Center.

The spring drive is held downtown in places such as Abba Java Coffee House, Bare Foot, several community churches and Webster’s Bookstore. Each drive lasts a few weeks long, according to Kubis.

Kubis said the club has collected 600 to 700 pairs of shoes since its foundation.

The club has a tentative plan to host its first international trip based on how many dedicated members want to go, Kubis said. The plan is to go to Costa Rica over winter break from Jan. 5 to Jan. 9. However, the minimum number of people needed is 10 — and there are currently five members signed up.

“Another exciting event we are planning to host is the ‘barefoot’ event,” Kubis said. “Soles4Souls created this to bring awareness of how important shoes are.”

The barefoot event is about spending a day shoe-less. People all over the country walk around barefoot all day, according to Kubis.

“This day is meant for people to gain an appreciation of what they have and inspire others to get involved in breaking the cycle of poverty,” Kubis said.

Ben Kuhns, former fundraising chair, said the club is very important to him — and not just because he likes shoes.

“Soles4Souls is so important because it’s about repurposing things we would otherwise throw out,” Kuhns (senior- supply chain) said. “These shoes have such an immense value to people who are less fortunate than us.”

The Penn State chapter is growing, and the group hopes Soles4Souls expands to other universities as well, according to Whartenby.

“This is such a meaningful club and a great opportunity for anyone to get involved with,” Whartenby said. “We have so many opportunities, why don’t we share some of that beauty with others who need it?”