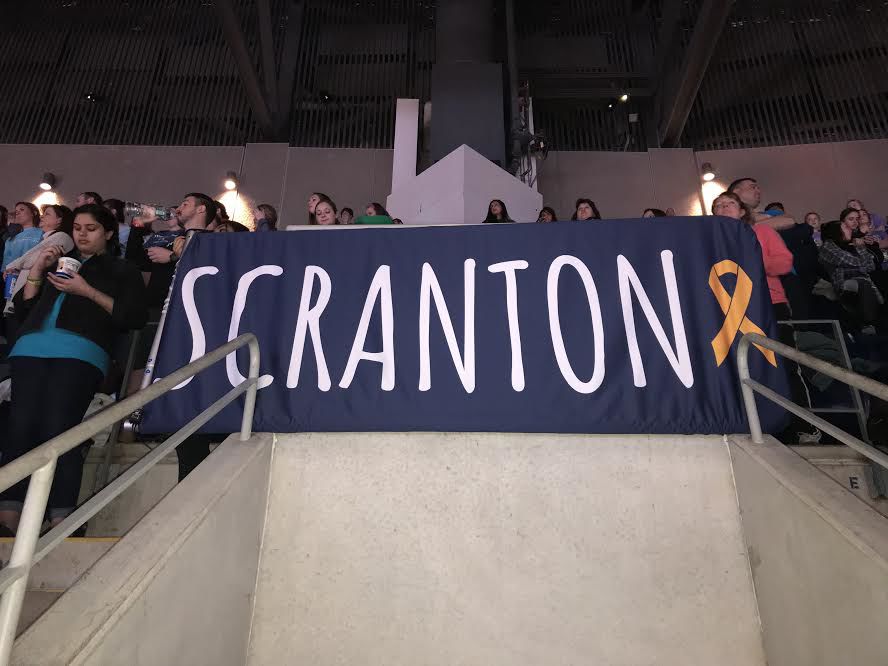 This banner marks Penn State Scranton's section in THON, a section they have had for years. 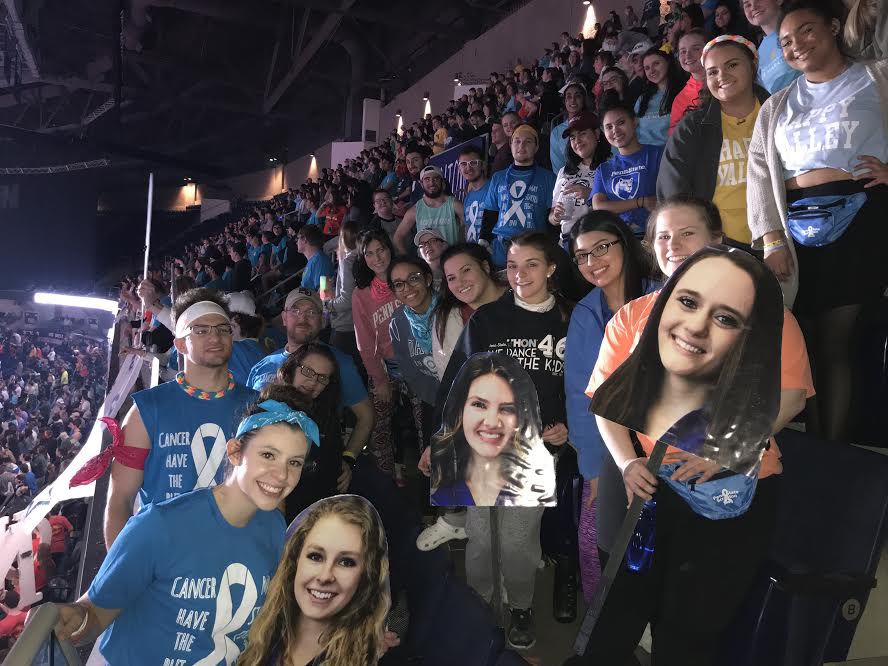 Around seventy students left their campus around noon on Friday and got here just in time for the start of THON.

Executive board member, Kelly Arnold, is experiencing her third THON, and says this time is the most emotional experience for her by far.

“We have grown so much as a campus, and we have doubled, then tripled in size,” Arnold (junior—nursing) said. “This is a history breaking year because we broke our highest goal ever, and we are hoping to be on the board for the top five funds raised for the commonwealth campuses.”

Their first-ever THON child, Arelis Rodriguez, got the chance to make the trip as well and dance with them in their section — the same section they have occupied for years, a place where they all feel united.

Captain Stephanie Earle said she has been in the Bryce Jordan Center for about 35 hours overall.

“Last year we did not have a captains board, just an executive board,” Earle (senior-psychology) said. “It is great to come down to THON and also represent all of the growth we have had. This is by far the most amazing thing I have ever done.”

“We are just so happy to be here, and we are so proud of all the work we have done this year, especially for being a teeny-tiny campus,” Luben (sophomore—aerospace engineering) said.