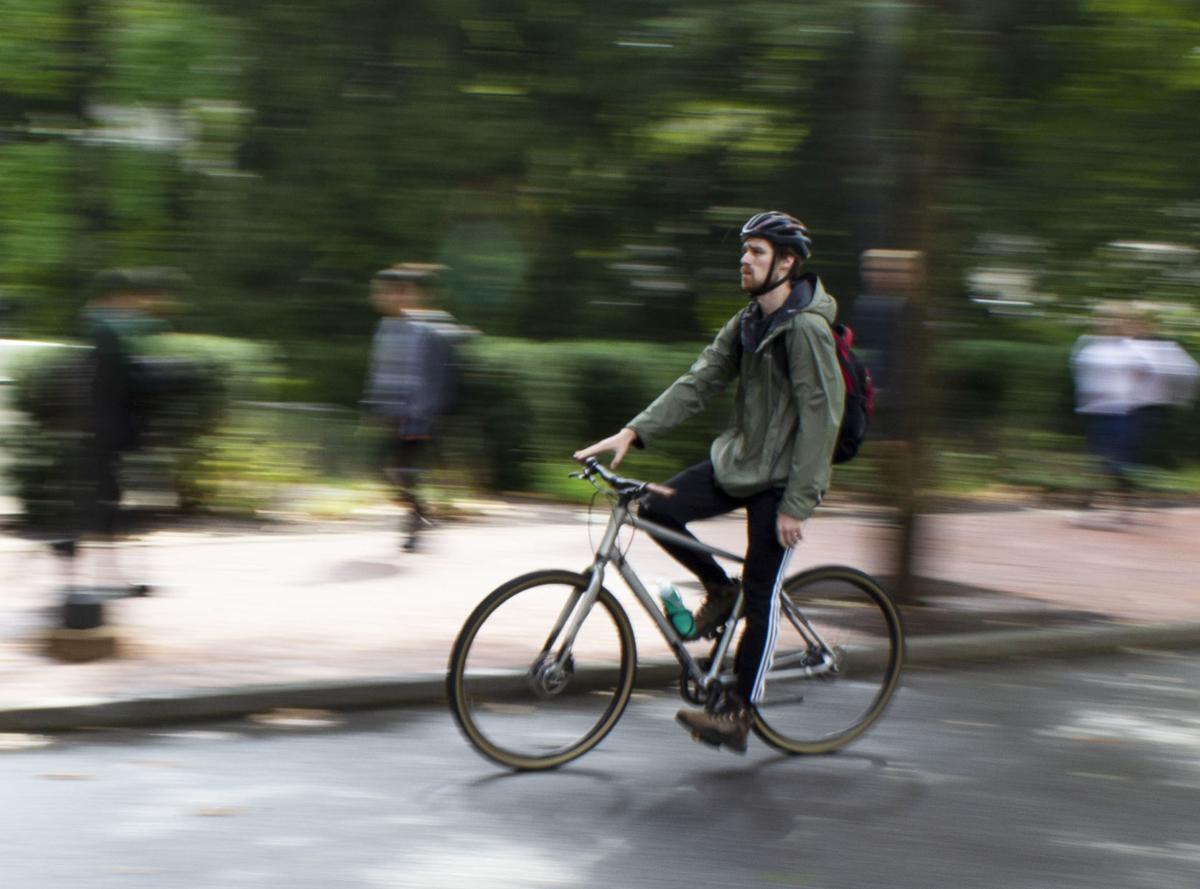 A student rides his bike on East Polluck Road on campus on Thursday, Sept. 26, 2019. 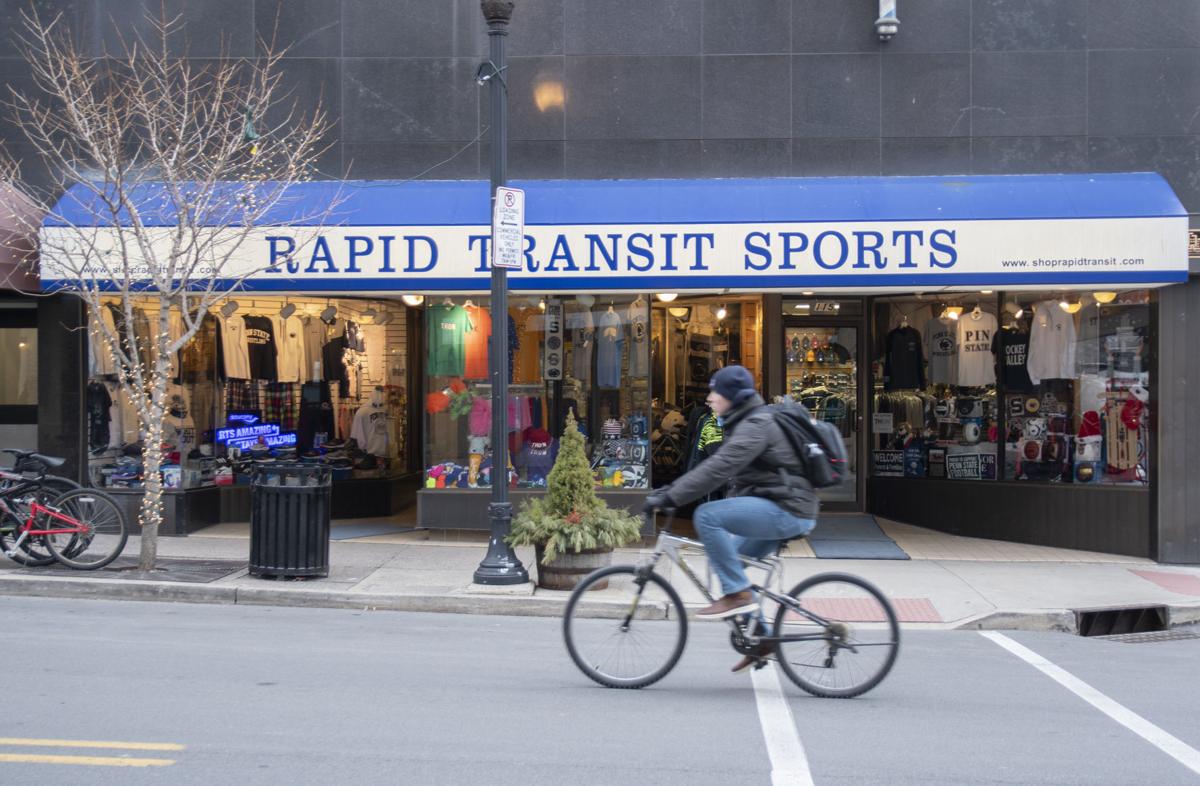 On a typical weekday, Penn State students head to class by any means necessary.

For some students who aren’t fans of walking or the bus, they frequently travel by bike.

Penn State recognizes this frequent mode of transportation for its student body and has taken steps to increase safety for students who want different travel options.

Due to the sheer size of Penn State’s campus, biking has become an essential part of life for many students. For students like Chris Colwell, commuting wouldn’t be possible without the use of his bike.

“I wouldn’t be able to be involved in as many things if I didn’t have a bike,” Colwell (sophomore- accounting) said. “I would either not want to go places or I would be 15 minutes late to everything.”

Timing is an issue that many students who choose to turn to biking face. Some students find CATABus to be unreliable. However, even then, using a bike on campus can present unique challenges of its own.

Nathaniel Ricketts, president of the Penn State’s Club Cycling, said he is familiar with the terrain and roads that make biking on campus challenging.

“I wish the university had a more bike friendly outlook on campus planning. Bike [and] pedestrian collisions are a problem on campus,” Ricketts (senior-English) said via email. “Vehicles are often stopped on the road, creating a tighter space for cyclists and a blind spot for a pedestrian to jump out from behind. People often blindly step into the street while looking at their phone.”

Though the university has taken steps to make biking on campus easier and safer — such as the bike registration system and handing out front lights — students like Lizzy St. Clair who rely on their bikes to get around State College feel that Penn State could be doing more.

“Biking on campus is difficult when sharing the pathways with cars or pedestrians. Other campuses have designated bike paths,” St. Clair (senior- education) said. “I think it would be useful if more roads on campus had them.”

The university says it has made a concerted effort in recent years to improve the quality of safety for students biking on campus.

In 2015, the university hired its first Sustainable Transportation Program Coordinator, Cecily Zhu, and subsequently added a full-time program assistant to support her.

Jason Thomas, the special projects coordinator for Transportation Services, said these positions were created to ensure biking and "other sustainable transportation offerings" are successful.

“Cecily has worked with the Office of Physical Plant in an effort to improve our responsiveness to biker requests and concerns, such as requests for additional bike rack capacity and snow removal near bike parking areas," Thomas said via email.

Even students who aren’t interested or able to bring their own bikes to campus have the option to use them to get around through the Zagster service. Currently there are 110 bikes available from 21 rental stations across Penn State’s campus.

“I hadn’t considered biking on campus before I started using the Zagsters,” Claire Souder (freshman-earth and mineral science) said. “It makes getting around so much faster, especially since I live in Pollock and can’t use the CataBus.”

Students have suggested improvements in addition to the steps the university has already taken to help bikers ride safely on campus.

“They’ve installed a few bike service stations around campus, which are often missing tools,” Ricketts said of the repair stations that were installed by the League of American Bicyclists in 2016. “They hand out front lights at the beginning of each semester, which are actually less important for safety than rear lights.”