You are the owner of this article.
Edit Article Add New Article
You have permission to edit this article.
Edit
Home
Latest
News
Sports
Football
Opinion
Arts
Multimedia
Join
Campus • Click for more stories •
1 of 2 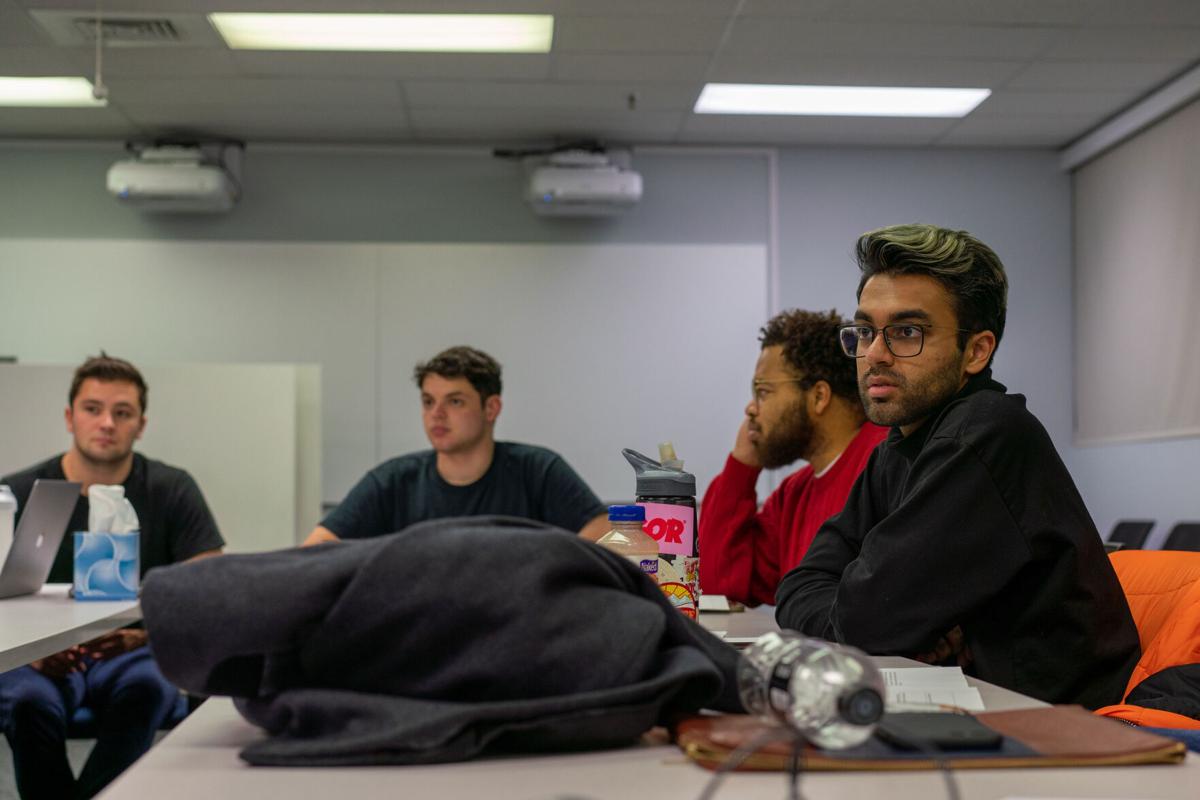 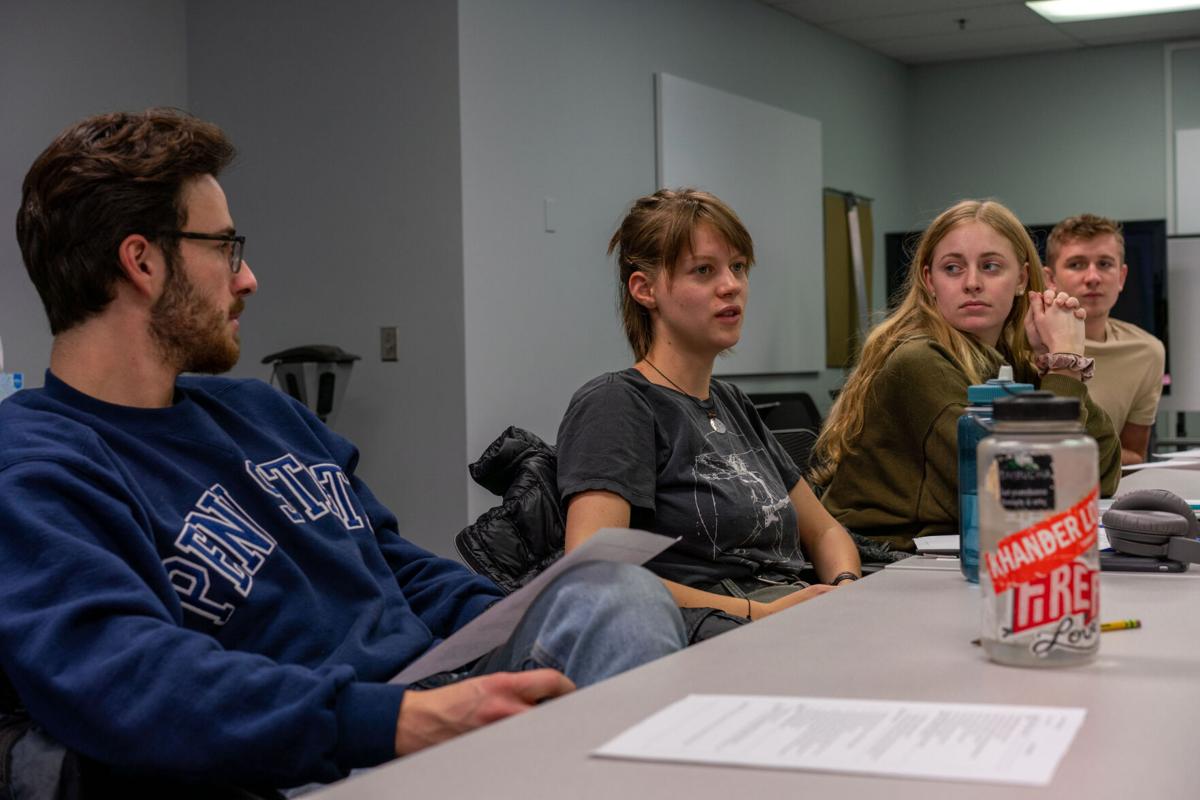 When the spring 2020 semester moved online, many professors struggled to adapt to the new format, causing confusion and a challenging end to the year for students and teachers alike.

But while many were struggling to adjust, seven undergraduate students teaching courses that semester approached the changes as an opportunity to help others.

Michael Miller is the founder and co-director of Students Teaching Students, an organization that allows undergraduate students to teach courses under the guidance of a faculty adviser. Miller (senior-values-driven product design) said unexpected situations like the coronavirus showcase one of the benefits of student instructors — their ability to relate to students and understand their needs.

Although the primary goal of STS is to help students teach classes about their passions, since there are many areas — from classes about niche topics to advocacy for international students — that students are better equipped to handle.

Miller approached Penn State about creating STS in May 2019 after learning about student-led instruction programs at other universities like Carnegie Mellon, the University of Maryland and the University of California, Berkley.

According to Miller, STS courses are intended to supplement the university’s curriculum and often cover very specific subjects in which student instructors have expertise. Because the courses are usually one-credit classes that are only be taught once, they can be developed and approved in a matter of weeks or months.

The process for creating a course, according to STS associate director Amanda Mohamed, is fairly straightforward. Students submit an application, including a syllabus and course description, before going through an interview about their interests and qualifications.

Once STS accepts the student, they are paired with a professor, or “faculty champion," who helps them get their course approved by the university. Then student instructors take a series of workshops from the Schreyer Institute of Teaching Excellence.

Mohamed (sophomore-Spanish, global and international studies, labor and human resources) conducted interviews with students and instructors after the first semester of STS courses ended. She said she received positive feedback from most people involved.

Miller, Mohamed and Krieger all pointed to the LSAT prep course STS offered last semester as an example of the program’s success.

Because recent Penn State graduate Daniel Zahn did really well on the LSAT, Miller explained, he decided to help other students prepare, and most of the students who took the course improved their scores.

No course like that one had ever existed at Penn State, which Miller said shows that “students know their needs sometimes better than the university, and… they’re often better prepared to meet those needs."

When the coronavirus cut in-person classes short, Mohamed said, most of the student instructors tried to be flexible, and one class embraced the opportunity to talk about relevant issues.

Student instructors of a class called "Bias in the Healthcare System," for example, pivoted from talking about medicine as a whole to discussing how the virus was impacting various marginalized communities. Miller said this took advantage of freedom that is not always available in a standard class.

Ultimately, Mohamed said the grades of students in STS classes were “pretty high,” and that the program considers its first semester a success.

As the fall 2020 semester quickly approaches, concerns about the safety of Penn State studen…

Students teaching STS courses this fall — which include “Church and State in Pre-Islamic Iran” and a class on horror writing — are now preparing to teach both online and in person, according to Miller.

Although many students who taught classes in the spring have graduated, Krieger (junior-history and economics) said STS is considering offering certain courses — including the LSAT prep course and another called “Criticism and Kanye” — again in the spring of 2021, considering the demand and positive feedback those courses received in their first iteration.

Despite the positive feedback, however, STS recently gained the widespread recognition not for its classes, but for an effort to help international students threatened with deportation by the federal government.

In early June, Immigration and Customs Enforcement announced a new rule dictating that international students taking all of their classes online would not be allowed to remain in the United States. In response, STS released a list of all of its in-person classes that would still available at Penn State.

Miller, who led the effort to create the list, said he felt it fit into STS’s mission of helping students pursue their goals.

“I have a lot of friends who are international students and stay in State College over the summer, and that’s kind of their home, [and there are] a lot of students who weren’t able to go back to their home country,” Miller said. “I think what we should be doing in our educational environment is welcoming those students in, not making it harder for them to stay here.”

Mohamed said STS considered creating its own course specifically targeted at international students, but felt it would be better to just promote the options the university already offered.

After spending hours scrolling through LionPATH, Miller compiled the list and posted it on Instagram, where Krieger said STS was “surprised and proud” of the response the group received.

Miller said some international students even contacted STS to thank them for publishing the list.

STS is not yet sure how it will respond to the new rule, but Miller said he would prefer to work in tandem with the university this time rather than independently.

“If we can be helpful, I think we’ll definitely put the list back out,” Miller said.

STS also explored supporting another social justice effort through a class called “Being Black at Penn State,” which would have covered former and current Black students’ experiences at the university.

The program ultimately was not able to offer the course in the fall because STS could not find a faculty member to sponsor it, which Krieger said is the most common reason courses are not approved. According to Miller, the course is still “in development” and could potentially be offered in the spring 2021 semester.

“STS really has a deep commitment to racial justice and helping further equity and inclusion at Penn State, and we know that's an issue at Penn State, to be point-blank,” Miller said. “We think that the student voice and the student lens is a great vehicle for creating change and also just empathizing with students of color and Black students at Penn State.”

Miller and Krieger said STS would be happy to help other students create courses about issues like racial equity and social justice.

Miller, Krieger and Mohamed said they are primarily concerned with growing STS as a program and making sure it is “sustainable” — to Miller, this means offering more courses and recruiting new students for administrative positions.

“We want to come back to campus 50 years from now and see a thriving community of student-led courses,” Miller said.

Students interested in scheduling an STS course, creating a new STS course or applying to work for the program can visit stspsu.org for more information.