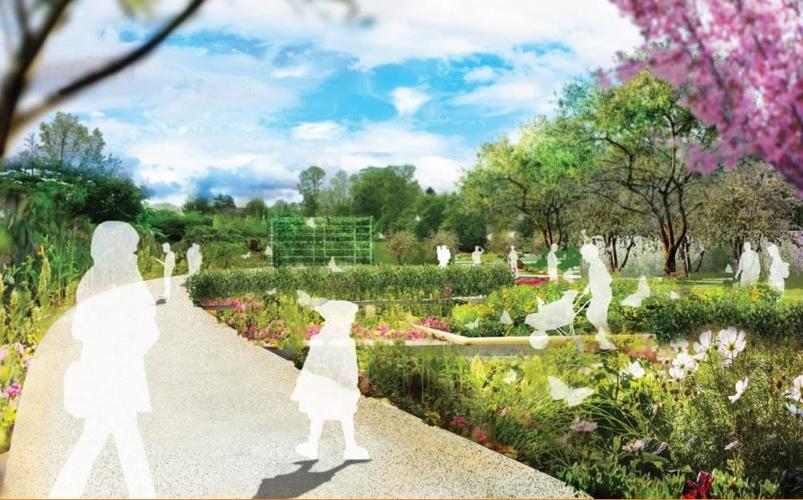 The Center for Pollinator Research has been working with the Arboretum to create designs for an improvement to the Arboretum pollinator garden, which is to be ready for students in the fall of 2020. 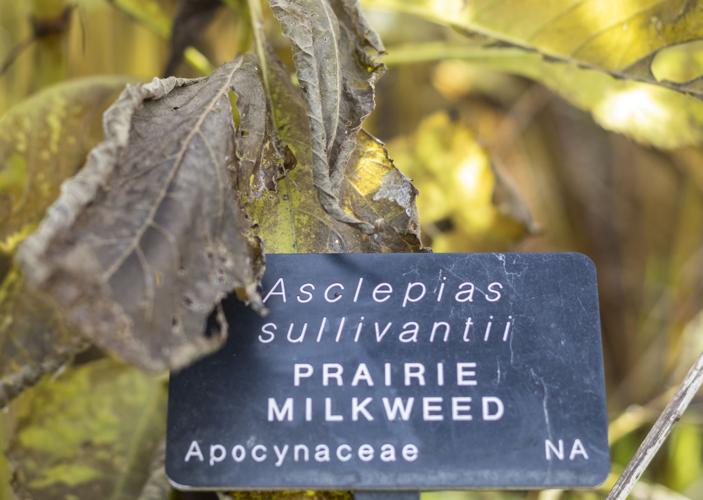 Prarie Milkweed at the Penn State Arboretum on Sunday, Nov. 4, 2018. 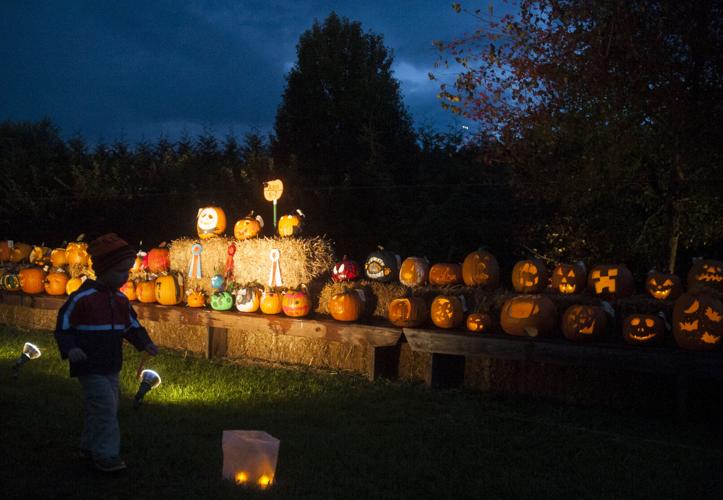 Tyler, age 4, walks in front of a Jack-O-Lantern display at the Arboretum Pumpkin Festival on Saturday, Oct. 20, 2018.

A place of renewal and contemplation, the Arboretum at Penn State highlights the beauty of State College’s nature throughout its gardens and groves, offering a space for students and community members to explore the many facets of the outdoors.

Now, the Arboretum is celebrating its 10th year in existence. To commemorate the milestone, a gala was held on Friday, allowing the community to celebrate with dinner, dessert and dancing.

Arboretum Director Kim Steiner said last week the gala is a time to celebrate the magnanimity of the donors and supporters who helped make the 370-acre piece of land a popular destination for tourists, students and community members.

The gala was also intended to highlight the progress of the Arboretum thus far and recognize new projects coming to the space within the next few years.

Growing into the community

“Over the past 10 years, the Arboretum has become an important place for both Penn State and the local community, and it’s taken us quite a lot of time and effort – on the part of many, many people – to get where we are today,” Shari Edelson, Director of Horticulture & Curator, said.

Ideas to build the Arboretum surfaced 25 years ago with visions of creating a space on campus capable of strengthening student and community attachments to the university.

“The mission of the Arboretum is to engage the academic strengths of the University in promoting scholarship and education about plants and their history and importance on earth,” Kathleen Reeder, event and marketing coordinator, said.

In 1999, the foundation for building such a space compounded in a master plan designed by Sasaki Associates, Inc. and was presented to former president Graham Spanier.

“In that plan, Penn State’s vision for the Arboretum was to create a nationally renowned facility dedicated to fostering an understanding of the natural world, especially the relationship between plants and humans, and to promoting environmentally compatible uses of the land,” Reeder said.

In 2007, a donation of $10 million from Charles H. Smith was what officially launched the construction

This marked the beginning of Phase 1 of the H.O. Smith Botanic Gardens, named in honor of Smith’s father.

The lengthy two-year design and construction process included public meetings led by the design firm, Marshall-Tyler-Rausch (MTR), and public opinion while planning and interdisciplinary meetings between faculty and staff, led by Steiner.

The Arboretum was then opened to the public.

Two years later, it received a $4.1 million gift from Edward and Helen Hintz as well as Smith to create the Childhood’s Gate children’s garden, which opened in July 2014. A subsequent gift from Marcia Day provided endowment support for related children's education programs.

The Arboretum is currently ranked second to the university itself on TripAdvisor under “Things to do in State College.”

Steiner attributed the Arboretum’s popularity to its easy navigation and the work of maintenance faculty, especially when designing the display gardens every year.

“What I think we do that makes it a popular destination is we’ve had good design consultants [and the land is] integrated… so it’s not a patchwork garden,” Steiner said.

Some of the most memorable additions to the Arboretum since opening in 2009 include the creation of the Gerhold Wildflower trail and the restoration of the surrounding woodlands.

The Arboretum has also become a venue for outreach events such as Arbor Day field trips, Music in the Gardens, the Pumpkin Festival, the Winter Celebration and several of the gardens are available for rental.

According to Reeder, the number of rentals has increased from nine to over 50 annually within the past 10 years.

She described the Arboretum’s gardens as a place “where visitors can observe and appreciate beautiful landscapes and learn about special plant collections at their own pace” and highlighted the unique features of the Childhood’s Gate Children’s Garden as a place of wonder and celebration of nature.

“The Arboretum brings the community together in the fall and winter to celebrate the changing seasons with family-friendly events,” Reeder said, “and its artfully designed venues serve as gathering places for many private events for Penn State alumni and residents.”

The Arboretum’s many tables, benches and ability to connect to Wi-Fi has made it a popular place to study among students as well.

“I come to the Arboretum to study because I can focus better when I’m outside and it’s a really quiet location compared to being downtown,” Jenna Pulice said.

Pulice (junior-geography) said she discovered the Arboretum early into her freshman year and has been going to study there ever since.

“I’ve always loved being outdoors so I love doing my work outdoors when I can,” she said.

Additionally, the Arboretum offers educational tours through the Osher Lifelong Learning Institute (OLLI) and provides professors with an outdoor classroom during the warmer months.

Looking to the future

With additional gifts from Smith and his sons along with commitments from other donors, the fundraising goal of $5.3 million was recently met and initiated construction of a new, three-acre Pollinator and a Bird Garden. Both projects are projected to be completed by 2021.

Another significant change to the Arboretum is the re-location of the Palmer Art Museum, currently located on Curtin Road in the middle of Penn State campus, near the entrance of the Arboretum along Bigler Road.

According to Steiner, the change was initiated by President Barron with intent to construct a larger building capable of showcasing more art pieces.

“We are moving to a new location because the museum’s collection of art has dramatically increased by 150 percent since the Palmer Museum of Art opened its doors in 1993,” Erin Coe, director of the Palmer Art Museum said.

According to Coe, the museum currently showcases less than 4 percent of their collection due to the limited amount of space. She anticipates the new building to double the number of available items, exhibiting 7-8 percent of the collection.

“The existing Palmer Museum of Art building on Curtin Road and the bronze lion’s paws that flank its front steps [will] remain, with the intention of utilizing it as a student-focused space,” he said.

Additionally, the existing Palmer Museum of Art will continue to carry the Palmer family name in honor of James and Barbra Palmer as it will be named the Palmer Building.

The move is also anticipated to make the commute for community members to the museum easier.

“Having the new University Art Museum in the Arboretum will enhance the ability of the Arboretum to greet and educate visitors, train volunteers, and develop public programs and cultural events,” Reeder said.

“The new art museum will be an inviting and welcoming place that is accessible to all,” Coe said. “The new facility will greatly enhance the visibility, visitor ship, and guest experience for both the Museum and the Arboretum.”