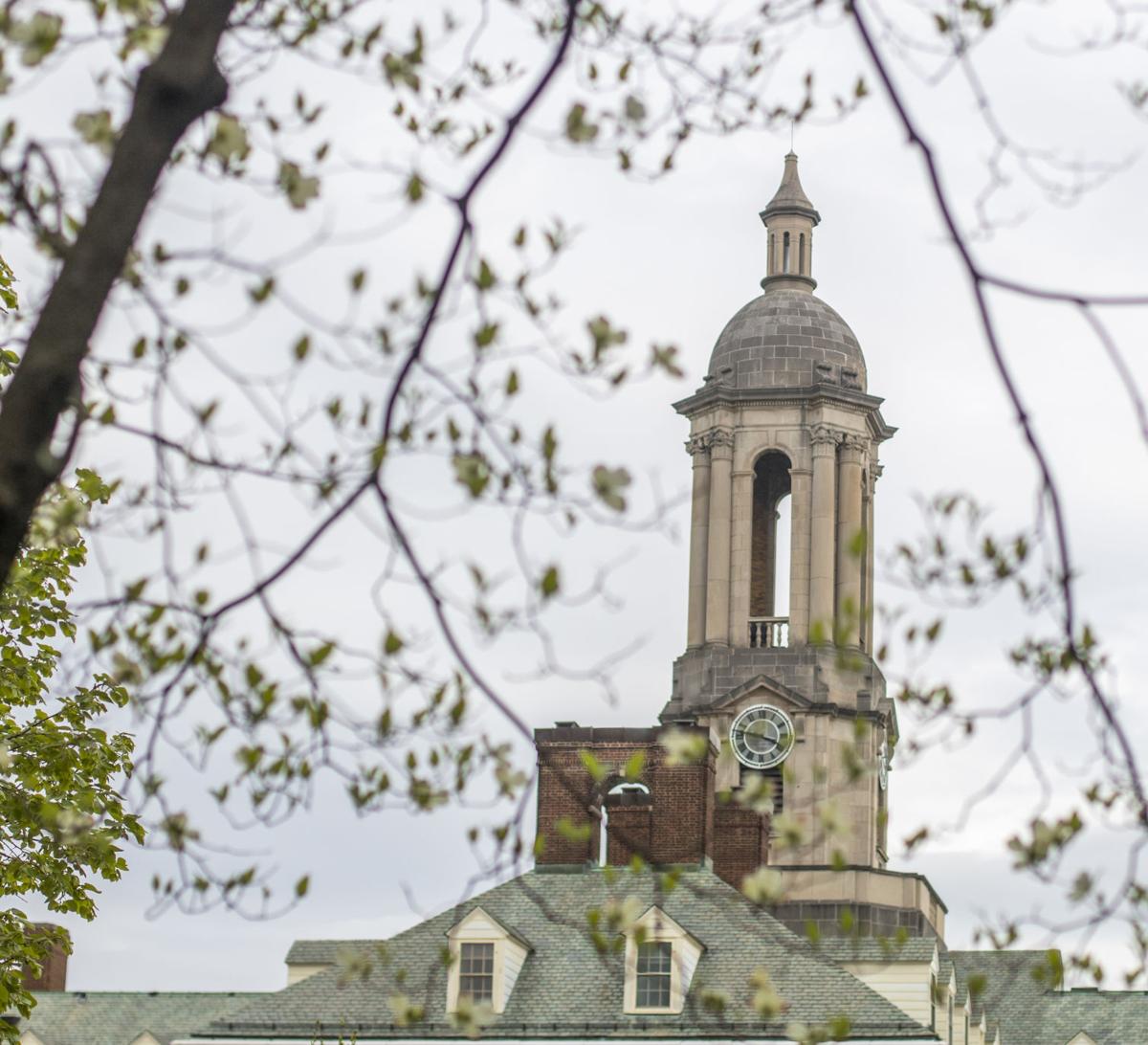 Old Main on a Spring day. 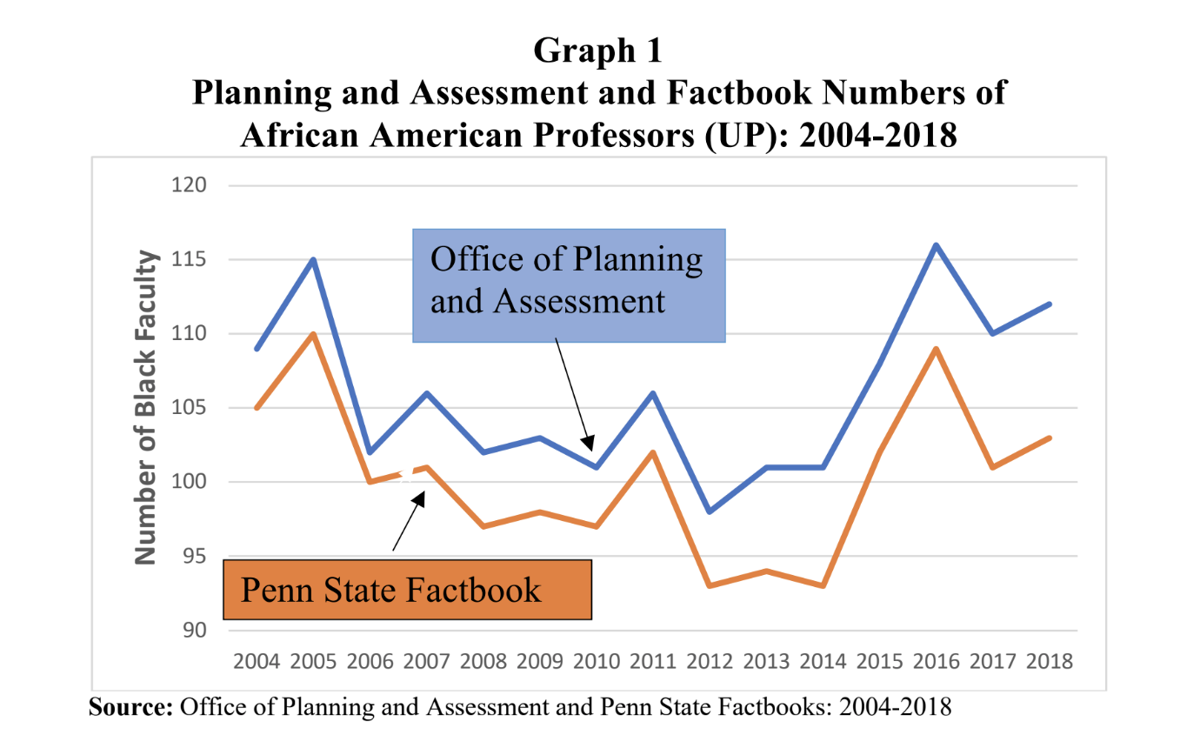 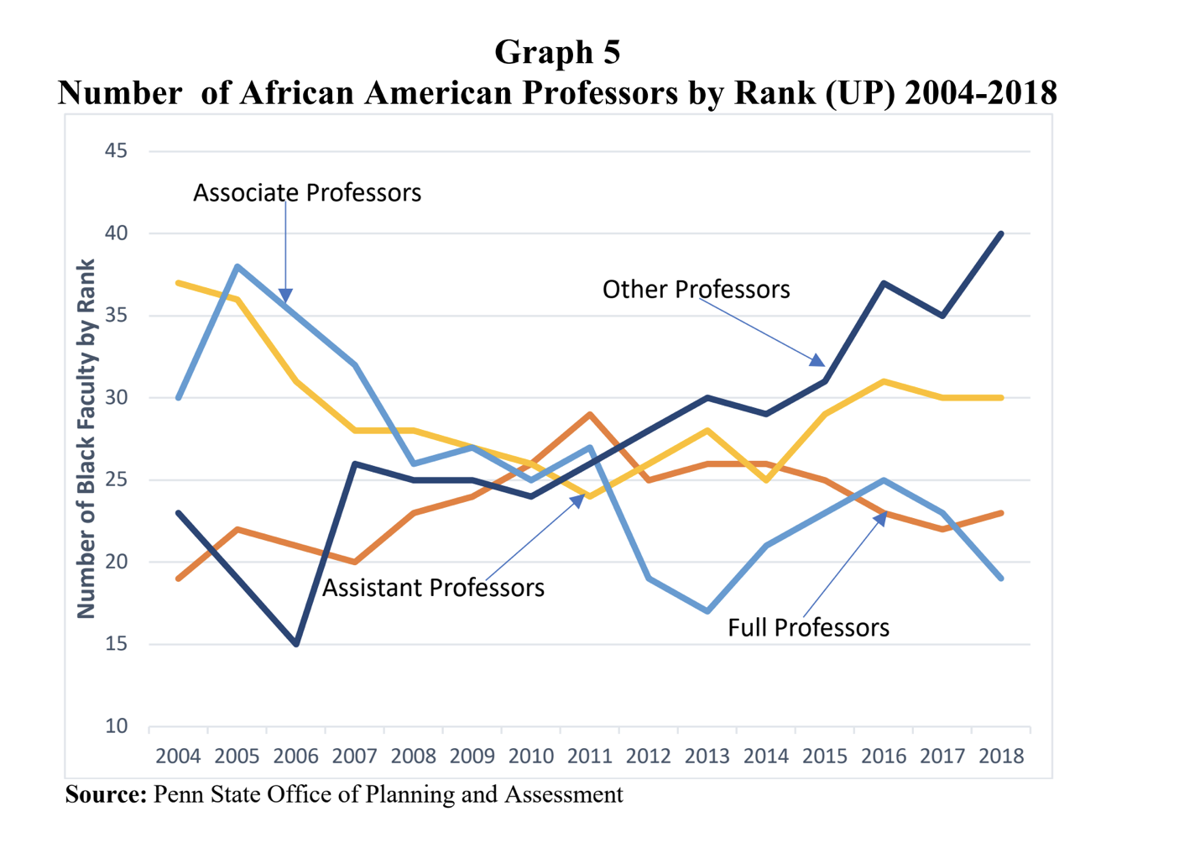 To biobehavioral health professor Gary King, an in-depth report highlighting the various obstacles many African American professors have faced at Penn State over the last 15 years raised the question, “Are we really all in?”

King hopes to bring this question to light among the community by sharing the “More Rivers To Cross” report, prepared by himself and African American studies associate professor Darryl Thomas.

The 93-page report examines issues spanning from representation and tenure to student evaluations and administrative opportunities.

The two professors began preparing the report following an event held on April 4, 2019 where 50 black Penn State professors met on the anniversary of Martin Luther King Jr.’s assassination to examine historical and current trends of representation at the university.

The event titled, “An Afternoon with African American Professors,” discussed issues relating to the climate and culture of being a black instructor at predominantly white universities.

These conversations inspired King and Thomas to begin compiling an in-depth report on the status of African American professors at Penn State.

“This report was intended to present these areas of concern to the university and begin to have some serious discussions on where we go from here,” King said. “Penn State can and must do better.”

The report operates on a variety of scales — examining issues at predominantly white universities through a nationwide lens and demonstrating how these issues are relevant to the Penn State community.

According to Penn State’s Office of Planning and Assessment, there were 112 black professors at Penn State in 2018, a 2.8 percent increase from 2012. The report examines how numbers like these are misleading, since Penn State implemented a new system in 2018 in which postdoctoral scholars and fellows were reclassified as full-time faculty .

This change might make it appear as though the university's faculty is becoming more racially diverse, but the report says the unadjusted number of black professors is 103 — a decrease of 1.9 percent from 2004 to 2018.

The report individually examines each of the 13 academic colleges at University Park based on data from 2018:

● Smeal College of Business: Two of Smeal professors (1.3 percent) were black — decreasing by 50 percent since 2004, while non-black faculty increased by 22 percent .

● College of Health and Human Development/Nursing: Of the 341 faculty members, nine (2.7 percent) were black — decreasing by 47 percent since 2004, while non-black faculty increased by 25 percent .

● College of Earth and Mineral Sciences: Of the 265 faculty members, five (1.9 percent) were black .

● College of Information Sciences: 3 percent of professors were black, while non-black faculty increased by 81 percent .

These numbers reveal how individual colleges are falling short in increasing their representation, according to King, especially in white-dominated fields such as the sciences and business.

“Being few in number means there’s no critical mass or group that you might consult with, and that creates issues,” King said. “It isn’t good for African American faculty, and it isn’t good for the university as a whole.”

The report showed the percent of black professors who were tenured or tenure-track had decreased the most from 2004 to 2018 compared to any other race or ethnicity.

“When you have tenured and tenure track professors decreasing by 22 percent for black faculty, that’s certainly not diverse,” King said.

When asked why Penn State’s numbers were so low, King attributed it to “leadership, the lack of commitment from certain departments and the lack of upper levels of the administration holding individual colleges responsible.”

King and Thomas highlighted how the lack of representation on a university-level has caused many black professors to strive to perform “twice as good” in their positions compared to their white counterparts .

“I think all African American faculty at Penn State feel that in one way or another,” King said. “I think it has continued to be a conscious or unconscious feeling among many of us — and it’s something that wears on you after a while.”

Additionally, “More Rivers to Cross” addresses that a black faculty member may feel obligated to act as a mentor to black students at a predominantly white university. Further, the report notes how circumstances like that may have the potential to place extra responsibility on black faculty members their white counterparts likely don’t have to bear, according to the report.

“I think that’s a role many black faculty readily accept and want to accept, not just with black students, but all students, as well,” King said. “But there’s an additional responsibility — sometimes obligation — on black professors to help mentor and share our own experiences with black students that are many times first generation and are experiencing an environment that’s very different than what they grew up in.”

The report highlighted how racial prejudices — whether conscious or not — play a role in how students rate the performances of their professors in their student evaluations of teaching (SRTEs).

The report demonstrated the disparities between how students rate professors who “fit common stereotypes about the professoriate'' — or “bearded, bespectacled, white men ” — versus those who do not. It stated that African American faculty members are among those negatively impacted by these evaluations, noting that they are more likely to be faulted for classroom policies regarding technology, tardiness, late work and attendance in comparison to their white counterparts.

King said he has personally seen these trends reflected in his own SRTEs.

Further, the report proposes recommendations related to improving SRTEs, such as making the evaluations more based on written feedback versus feedback by ratings.

Various universities have done away with student evaluations for biased-related reasons, and King said he believes Penn State should follow suit.

The Penn State Faculty Senate met on Jan. 28 to discuss the report and the various areas of concern highlighted within it.

King said these discussions were what he and Thomas hoped t he report would spark among faculty leaders. The senate meeting consisted of various proposals, including changes to university policies that would allow for more effective hiring procedures, as well as increasing administrative opportunities.

“The report is very worthwhile reading, and an important reminder of challenges that we face, not only at Penn State but in higher education nationally,” Penn State President Eric Barron said in a press release.

By acknowledging racism, bias and lack of representation in the Penn State community, King said there’s hope that the university can become more inclusive for faculty members who fall outside of the white male norm. He emphasized that these issues are not unique to black faculty, but also impact professors of many marginalized communities.

Ultimately, King said that as the world becomes more diverse, it is critical that Penn State follows suit and fosters a more inclusive environment that is representative of the diversifying society.

The report highlights how, although the university has progressed in certain areas, there are still “more rivers to cross.”

“The cultural climate and challenges that African American [faculty and] other faculty of color face at Penn State with respect to bias and systemic obstacles deserve a robust and candid discussion,” the report reads.