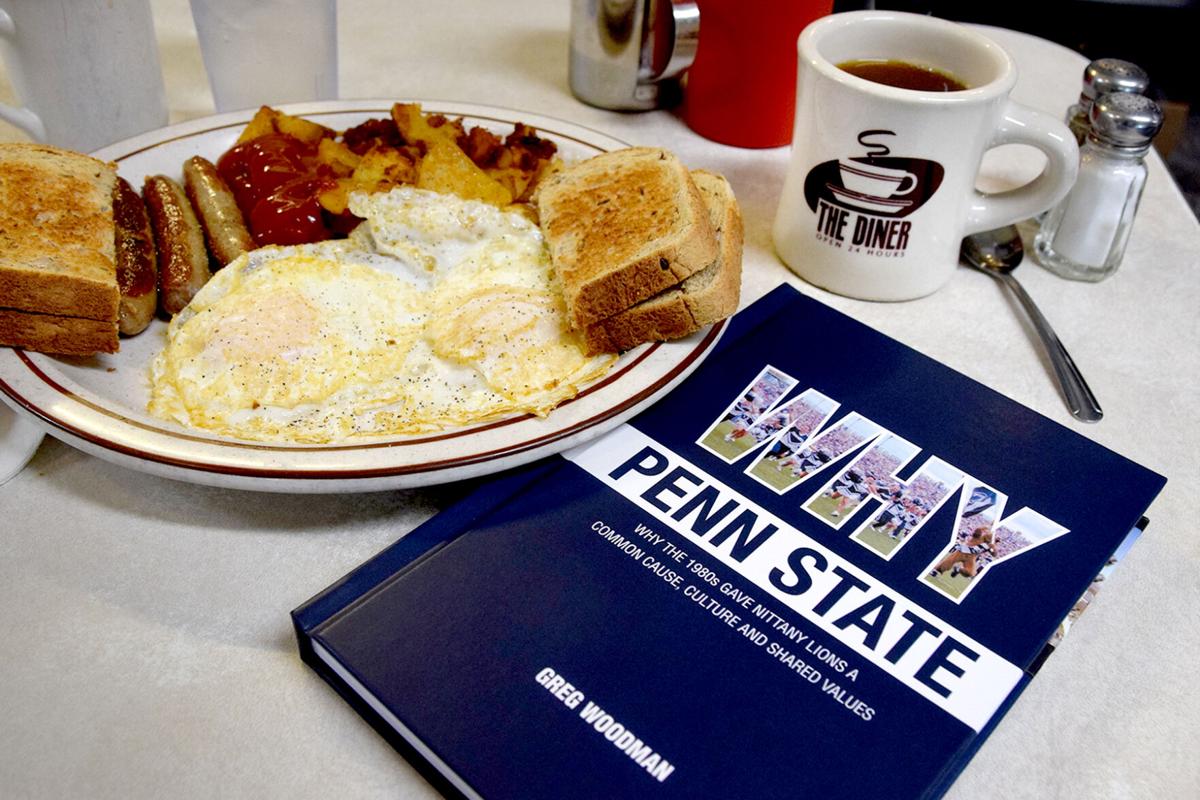 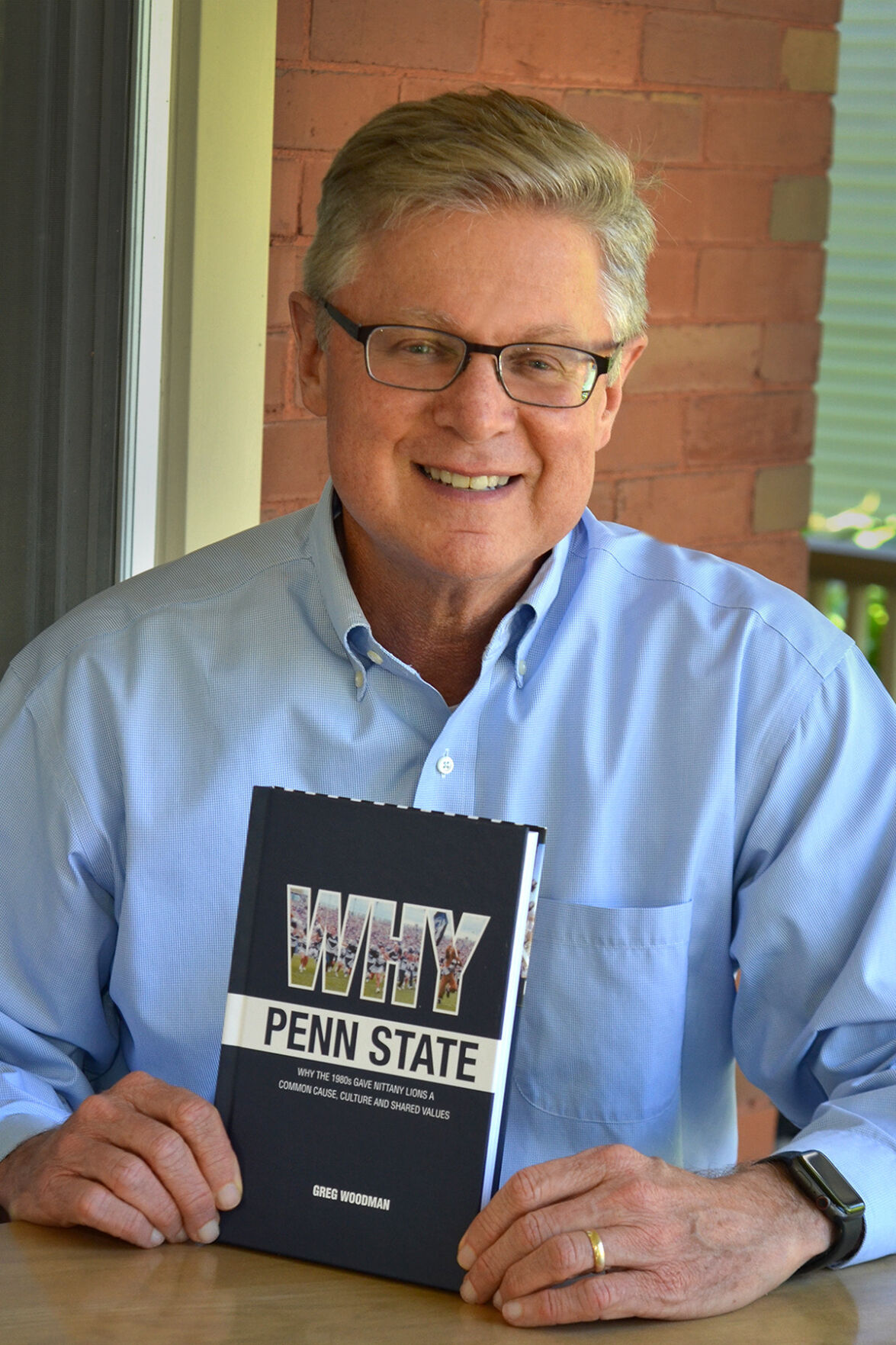 In the 1980s, Penn State football won its two claimed national titles, and according to Greg Woodman’s new book, this was a turning point in the university’s history.

Woodman, an engineering professor at Penn State, is a 1983 alumnus in general arts and sciences. Following graduation, he made several products promoting Penn State like T-shirts, posters and even a cardboard standup of Joe Paterno.

During his time at Penn State, Woodman published a magazine previewing the football team after its national championship in the 1982-83 season called the Penn State Football Annual.

His book titled “Why Penn State: Why the 1980s Gave Nittany Lions a Common Cause, Shared Values and the Keys to Success,” is a collection of different parts of his magazine. It includes interviews — with famous Penn State figures like Paterno — photos and memorabilia. The book also includes “Are You a Real Penn Stater,” which is a “bucket list” of things for Penn Staters to do related to the university.

“I’ve had all this wonderful content from these magazines, and I curated the best of it,” Woodman said. “I was just convinced that the ‘80s were a magical decade.”

Woodman said he believes the 1980s transformed Penn State from an “average state school” to a “global, iconic brand.”

He attributed this transformation to the success Penn State saw in football during the 1980s, winning national championships in 1982-83 and 1986-87. Its 1987 championship against the University of Miami in the Fiesta Bowl in Arizona was, at the time, claimed to be the highest-rated college football game on TV ever.

Woodman said he also believes Penn State’s rise to the national stage was because of the sports graduation rates and interview capabilities of student athletes at the university.

“[Penn State had] an organic, viral and methodical exposure to America,” Woodman said. “There was a philosophy that [its football team] was not going to exploit players.”

And, Woodman said Penn State’s growth as a brand influenced academics, investments in the university and higher enrollment.

“As a guy who started at Penn State in the late ‘70s, I was mesmerized by it,” Woodman said.

However, Woodman said he doesn’t want people to think his book is “just about football.”

“Football was just a metaphor,” Woodman said. “The tailgating, the community and the cheering is for these special feelings and emotions of each other.”

Jake Burns, a 2005 Penn State graduate of organizational leadership, said he liked the book because he “is a sucker for ‘80s nostalgia.”

“I bought two books — one for myself and one as a gift,” Burns said via email. “Having been young [during the 1980s], it’s great to learn how the university has evolved.”

Although Burns was not in college during the 1980s, he said the person whom he gifted the book to was at Penn State during the decade and “loved it.”

Burns said his favorite part of the book was reading about people he idolized from Penn State, like Paterno, and how these people have influenced Penn State today.

“Some things have changed,” Burns said. “But so many are the same because of what Penn State has become.”

“It was a good retrospective of the ‘80s,” Thorwart said. “For those of us who lived through the ‘80s and went to school, it can really reflect on how fun it was.”

As an incoming freshman, it can be difficult to understand what college will be like, consid…

Thorwart said he enjoyed how Woodman tied together different events in the ‘80s at Penn State and said he believes they changed the university.

“[The book] gave me a different perspective on the ‘80s,” Thorwart said. “It gave a marketing and brand-building perspective.”

Thorwart said he thought the most interesting part of the book was reading about Paterno and his emphasis on education at Penn State.

“I think people forget about that,” Thorwart said. “‘Success with honor’ and the grand experiment of Paterno were so much more than football.”

Though she didn’t attend Penn State, Janet Surovcik said she enjoyed the book. She has a son who attends the university.

“What I liked about it was how it explains where Penn State was and how [it] grew to greatness over the years,” Surovcik said. “It gives you that reminder of what life was like back then — told through the eyes of Penn State’s cycle of growth.”

Surovcik, who attended a private university in upstate New York, said the book “enlightened” her as to what a “big” university can offer to its students.

“I don’t have in-depth knowledge of Penn State’s history,” Surovcik said. “You can kind of understand how it all over time evolved to help the university to become an even greater place.”

Surovcik said she enjoyed reading about the different traditions of Penn State as well.

“I didn’t realize the loyalty to this school,” Surovcik said. “It really makes you realize that this was a really unique place to go to school during the ‘80s.”

CORRECTION: A previous version of this article stated that Greg Woodman created the general arts and sciences major. That is incorrect. The Daily Collegian apologizes for the error.

Since the beginning of the pandemic, students have adjusted to unprecedented remote learning situations. However, normalcy is returning to cam…

When the clock struck 6:45 a.m. on Thursday, Penn State student Fernando Siqueira anxiously waited to be placed in the football student ticket…