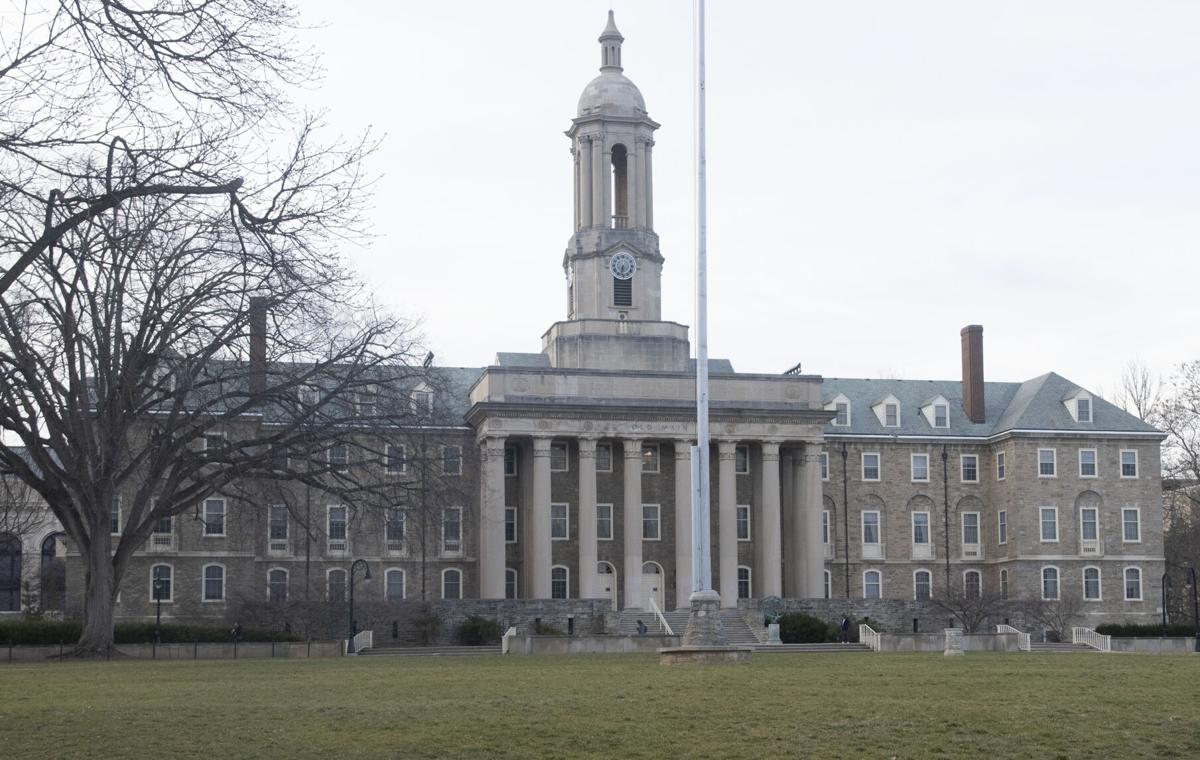 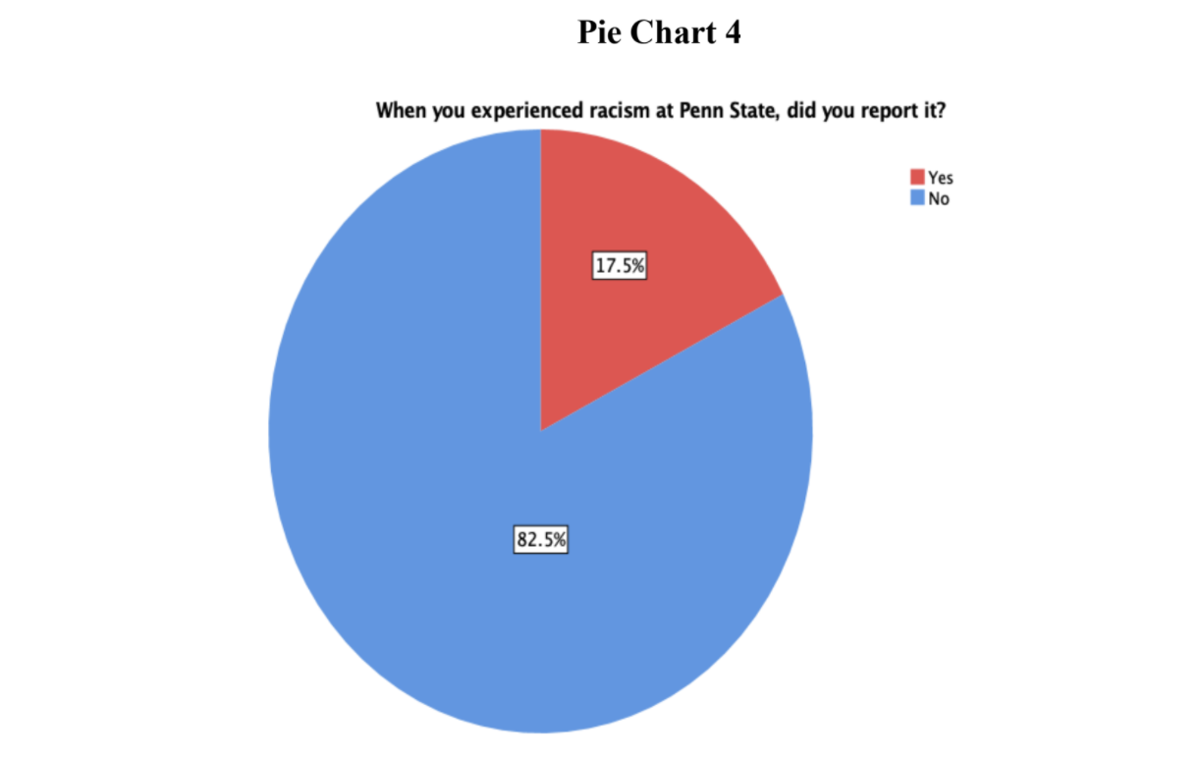 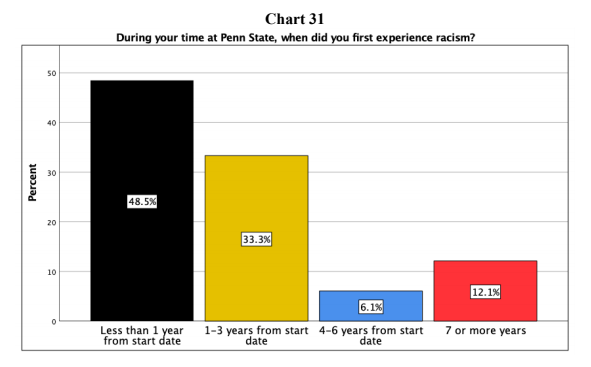 Though Black faculty members have been part of the Penn State community for over 60 years, “the challenges facing Black faculty are no less formidable” in 2021, according to the second “More Rivers To Cross” report.

As a follow-up to the first report published in January 2020, biobehavioral health professor Gary King and an independent group of Black faculty members published part two of “More Rivers To Cross” on March 25.

The 2020 report, which was 93 pages long, examined issues of representation at Penn State and the “racially biased” responses from students on Student Rating of Teacher Effectiveness surveys.

Part two of “More Rivers To Cross” is a 108-page report that outlines survey results of Black faculty members’ experiences with racism from students, administrators and colleagues at University Park and commonwealth campuses.

“There is serious turmoil in the household,” the report reads.

Some key findings of the survey, according to the report, include:

“It’s something that the university has to address, but also the community at large and beyond the university, because institutionally, there are mechanisms that are less willing to change and there needs to be some external forces to address these key points,” King said in an interview with The Daily Collegian.

In a response to the university, the authors of the report said they believed the university’s statement was “contradictory” and “defensive.”

“It truly makes us wonder whether the administration’s staff actually read the report or understood the data, interpretations or our recommended transitions to systemic equity and justice,” the authors said.

The university said it encourages people to report instances of discrimation and biases, though the authors of the report said “More Rivers to Cross” is an example of Black faculty reporting their experiences.

Ultimately, the authors encouraged the university to reread the report.

According to the report, University Park employed a total of 100 Black professors in 2020, making up 3.11% of full-time teaching faculty.

The report broke down the total number of Black faculty members at each University Park college proportional to its overall faculty in 2020:

“More Rivers to Cross” reported that 27.3% of Black professors at University Park and commonwealth campuses combined said they “sometimes” regret their decision to work at Penn State, while 9.1% of Black faculty members said they “often” regret it.

Review of the Commission on Racism, Bias and Community Safety

Although Penn State President Eric Barron issued statements of “support” and “compassion” for the Black community at Penn State, and formed a Commission on Racism, Bias and Community Safety, the report said Barron excluded “priorities and specific implementation plans.”

“There are individuals who serve a certain position who have simply not fulfilled their obligation to bring about the change that’s necessary,” King said to the Collegian. “When you ask what President Barron has done, he hasn't done nearly enough.”

The commission was created in fall 2020 to address issues of “structural racism” and “anti-Black violence” at Penn State.

The commission made four recommendations for the university, according to the report:

While the report said Black faculty members support the third recommendation and are in “general support” of the fourth recommendation, the first recommendation could use more “explicit” language regarding the purposes and functions of the truth and reconciliation process. Additionally, the report said the commission could have included specific means and strategies to “make antiracism central to Penn State education.”

The commission also left out “a campus-wide plan of implementation and timetables to increase the underrepresentation of Black faculty in the academy,” according to the report.

The report then listed initiatives Penn State could pursue to address the issues that Black faculty members face at Penn State campuses. The initiatives are as followed:

Along with the data, the report included comments from Black faculty members’ experiences with racism. Some of which are listed:

Part two of “More Rivers To Cross” said there is a possibility of a part three to the report.

The second report was created to identify the experiences Black faculty members have at Penn State, and the progress that needs to be made at the university.

“Our respondents had a story to tell,” King said. “We believe that Penn State does have the capacity to change.”

What programs are in place for Black students facing barriers applying to medical school?

As the importance of medical schools and programs grow through the pandemic, barriers continue to prevent many Black students from becoming a …

Ella Castronuovo is a culture and identity reporter at The Daily Collegian. She is a freshman studying journalism with an intended minor of sociology.