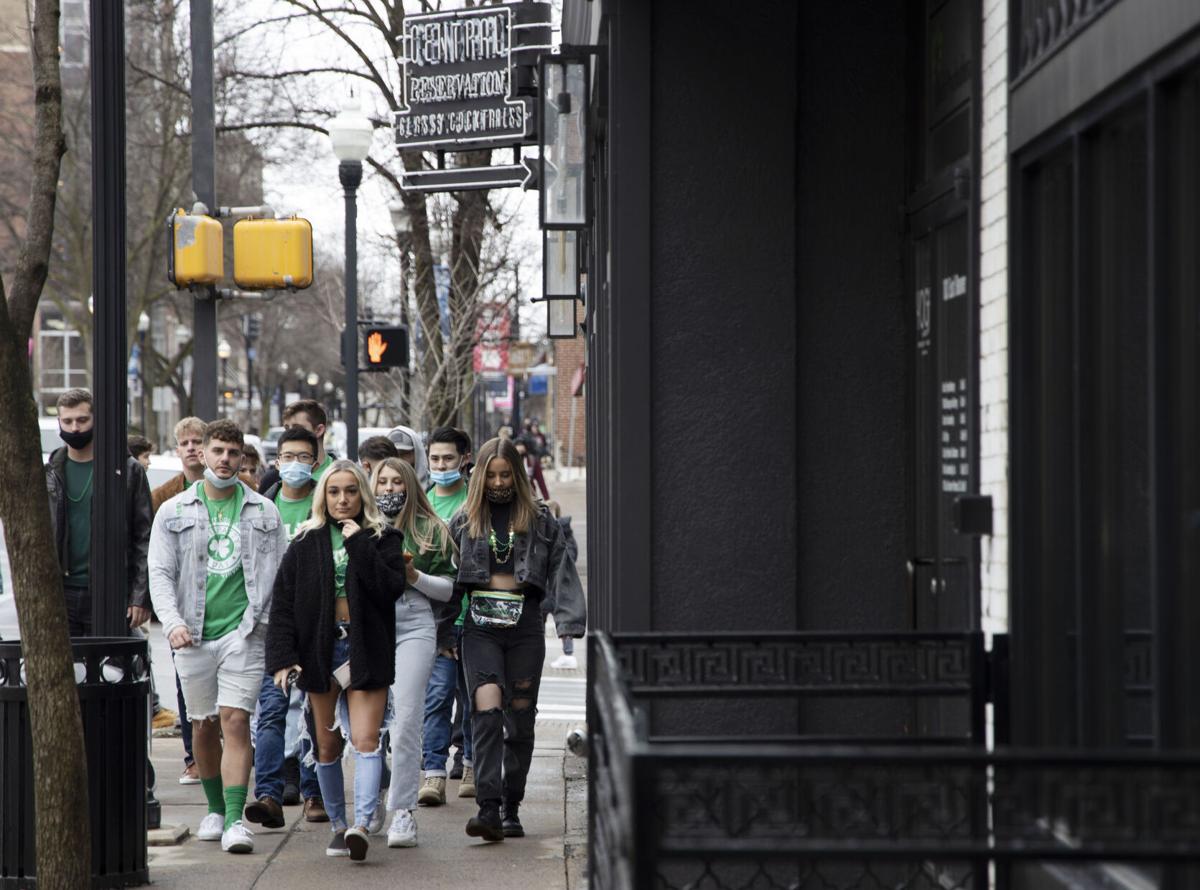 Students decked out in green for State Patty’s Day walk down Beaver Avenue on Saturday, Feb. 27, 2021 in State College, Pa. State Patty’s is an early celebration of St. Patrick’s Day special to State College, with origins as a student-led drinking event taking place the weekend after THON since 2007. 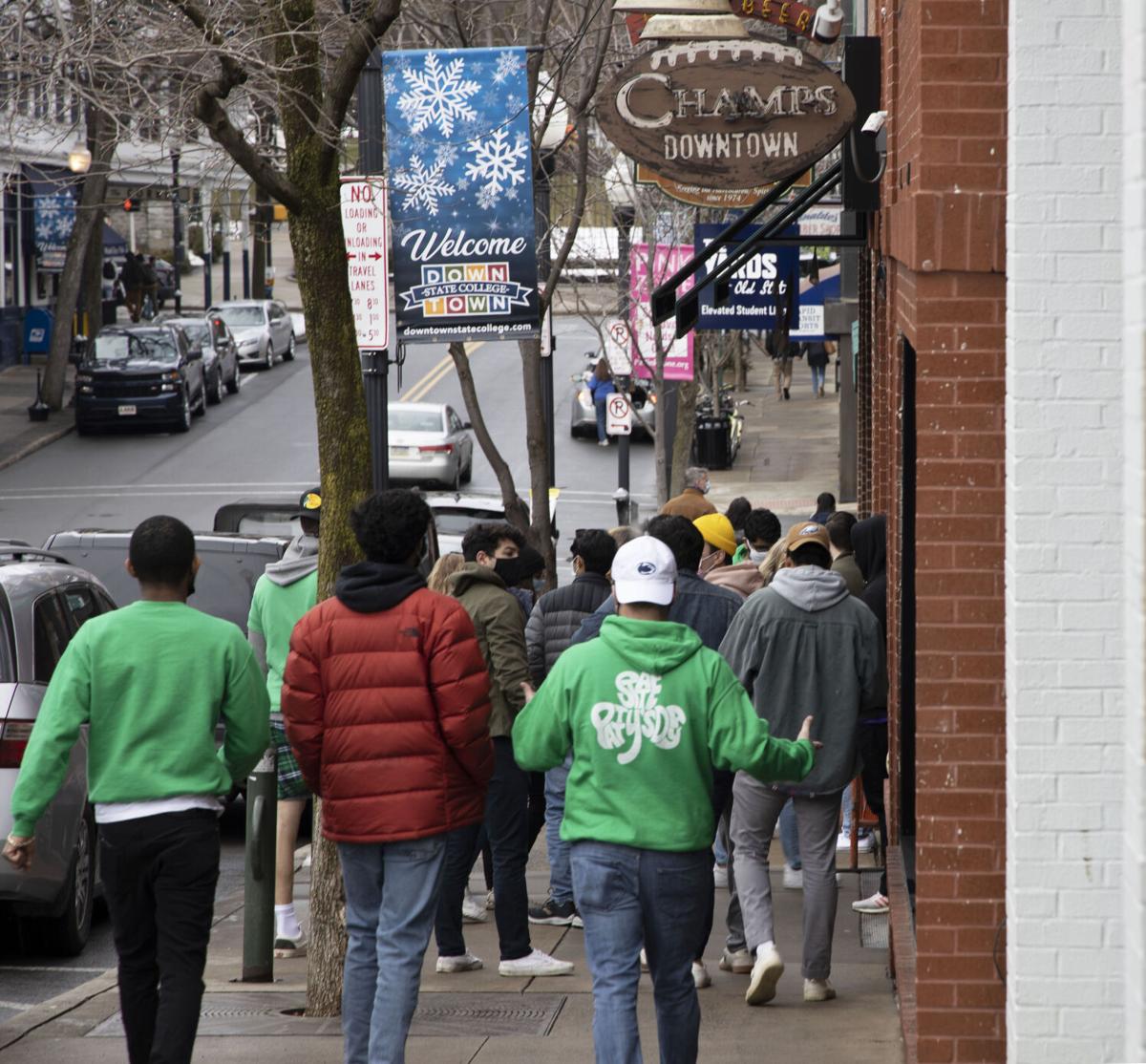 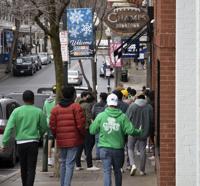 Students decked out in green for State Patty’s Day wait in line outside Champs Downtown at 1 p.m. on Saturday, Feb. 27, 2021 in State College, Pa. State Patty’s is an early celebration of St. Patrick’s Day special to State College, with origins as a student-led drinking event taking place the weekend after THON since 2007. 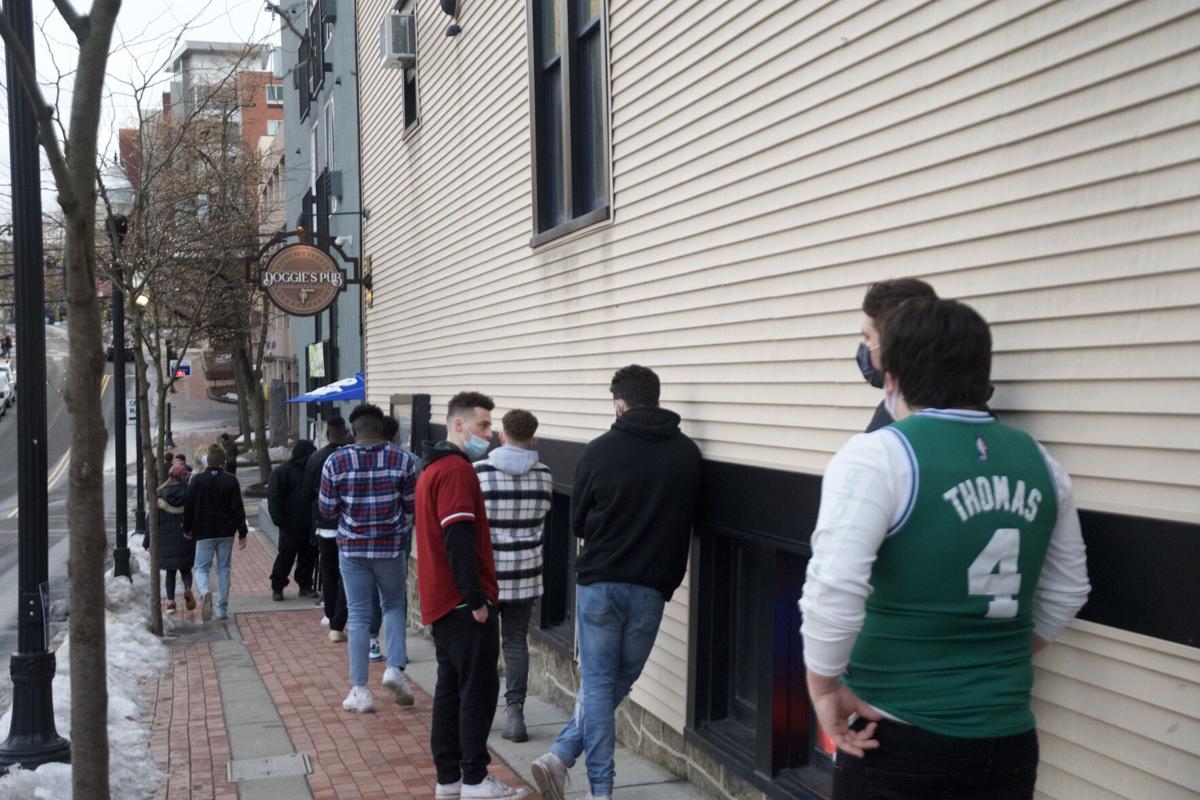 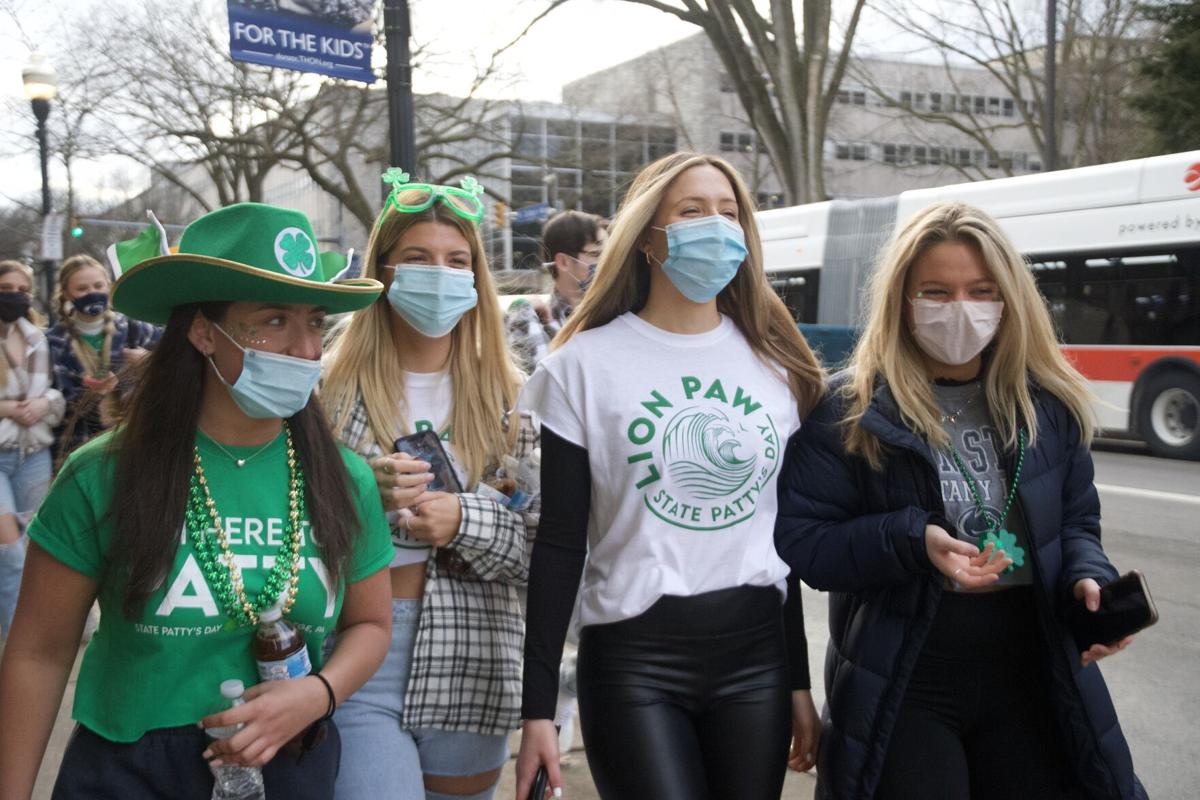 For those downtown this weekend, State College resembled any other pre-pandemic weekend in Happy Valley, with large groups of people roaming College and Beaver Avenue decked out in green.

Most bars downtown continued normal coronavirus guidelines for the event.

Cafe 210 West maintained 50% capacity and tried to avoid lines “just like any other Saturday,” according to owner JR Mangan.

“I am not aware of any new restrictions that the borough plans to put in place for State Patty’s Day beyond the borough’s existing pandemic emergency ordinance and the governor’s orders,” Filippelli said via email.

The borough’s masking and social distancing ordinance limits indoor and outdoor gatherings to 10 people. Additionally, waiting lines in the public right-of-way are prohibited unless there are less than 10 people, social distancing and mask wearing, and the line isn’t blocking a neighboring property.

It is also required that anyone two years of age and older wears a mask within six feet of another individual who is not a family or household member.

The ordinance in State College has been extended until May 10.

Though the majority of students were wearing masks, there were more students than usual without masks walking around downtown State College throughout the day.

Paul Moomaw of PennAir Properties said guest parking was not permitted, and tenants should have been on “heightened alert” during the weekend.

“If we witness any kind of party, we will notify borough authorities so that we will not be assessed points on our rental permit due to your activities,” Moomaw said in a letter to tenants.

“As with past years we have quietly been preparing behind the scenes and purposefully not calling any attention to this weekend,” Wilson said in the release.

A greater amount of police cars were seen patrolling the downtown area and campus this weekend as well.

Greg Hooper, a manager at McLanahan’s, said business was lighter this year than usual during State Patty’s Day weekend.

“It’s been busier than we have seen most days during the pandemic, but compared to what we normally see in past years on this day, [it’s] not even close,” Hooper said on Saturday.

Governor Tom Wolf announced he would be "revising and lifting" certain coronavirus mitigation restrictions in Pennsylvania.

Sam Verrelli is a borough reporter for The Daily Collegian. She is a freshman studying journalism and political science.