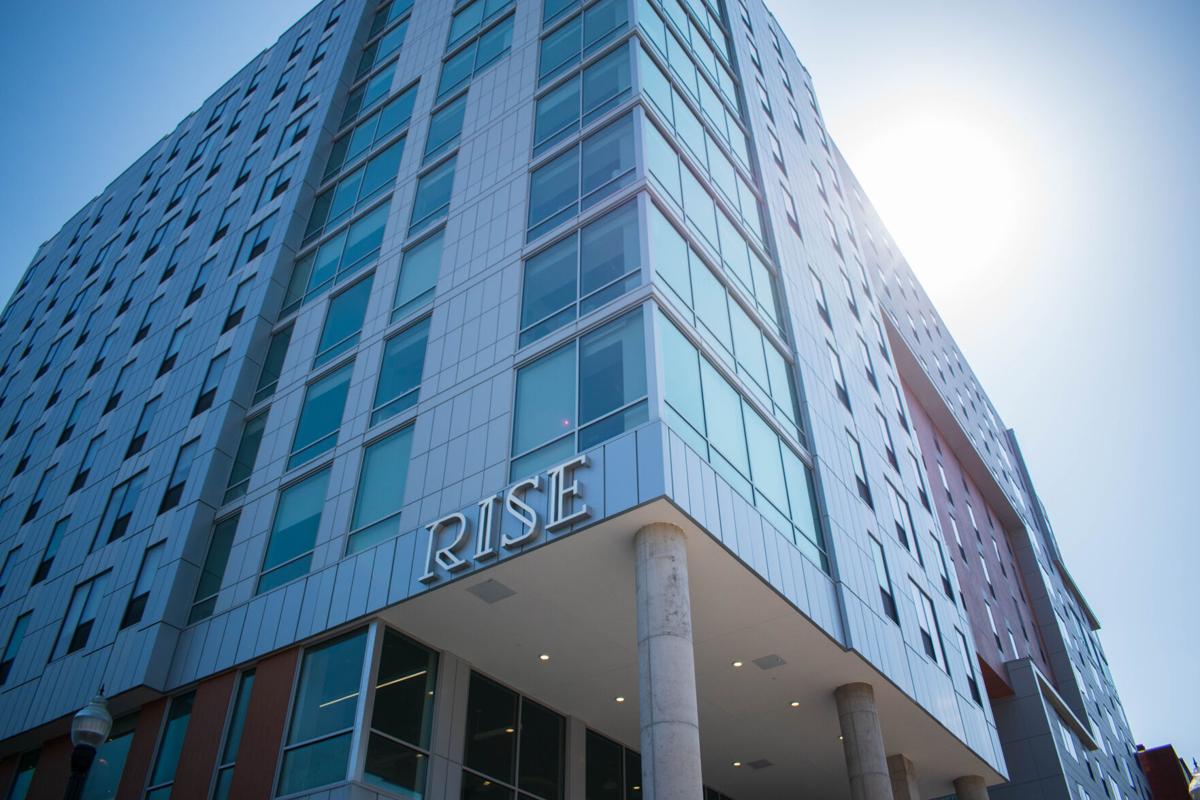 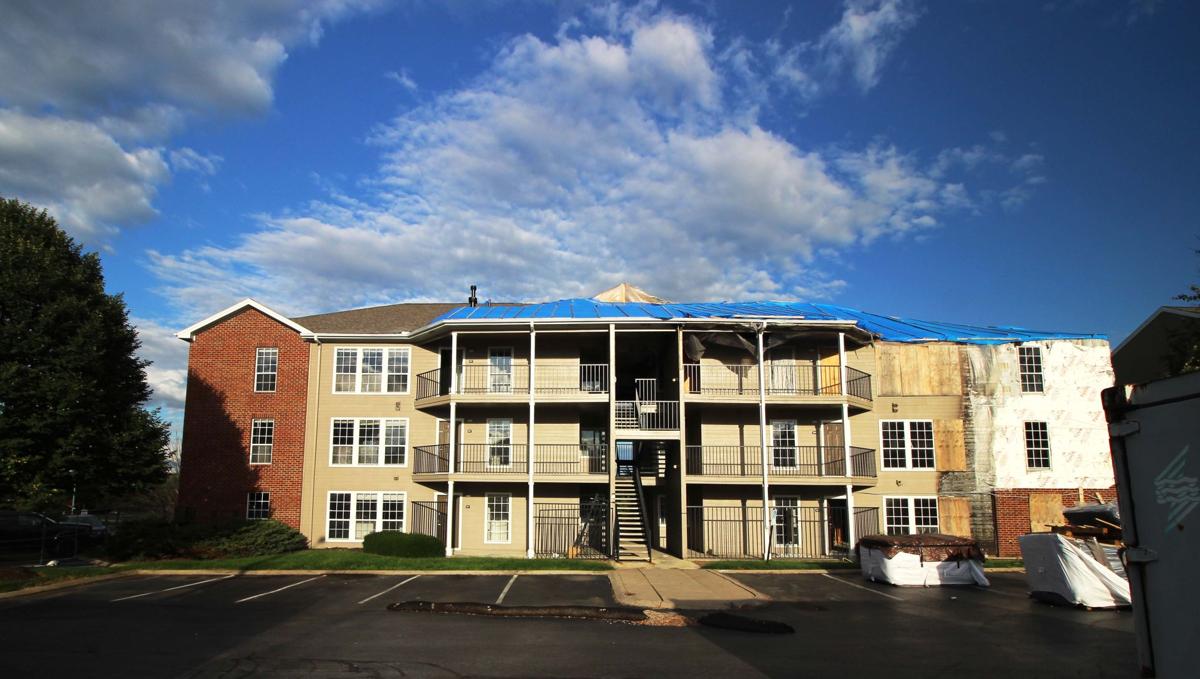 The Park Apartments, on Blue Course drive, being reconstructed in late summer 2016. 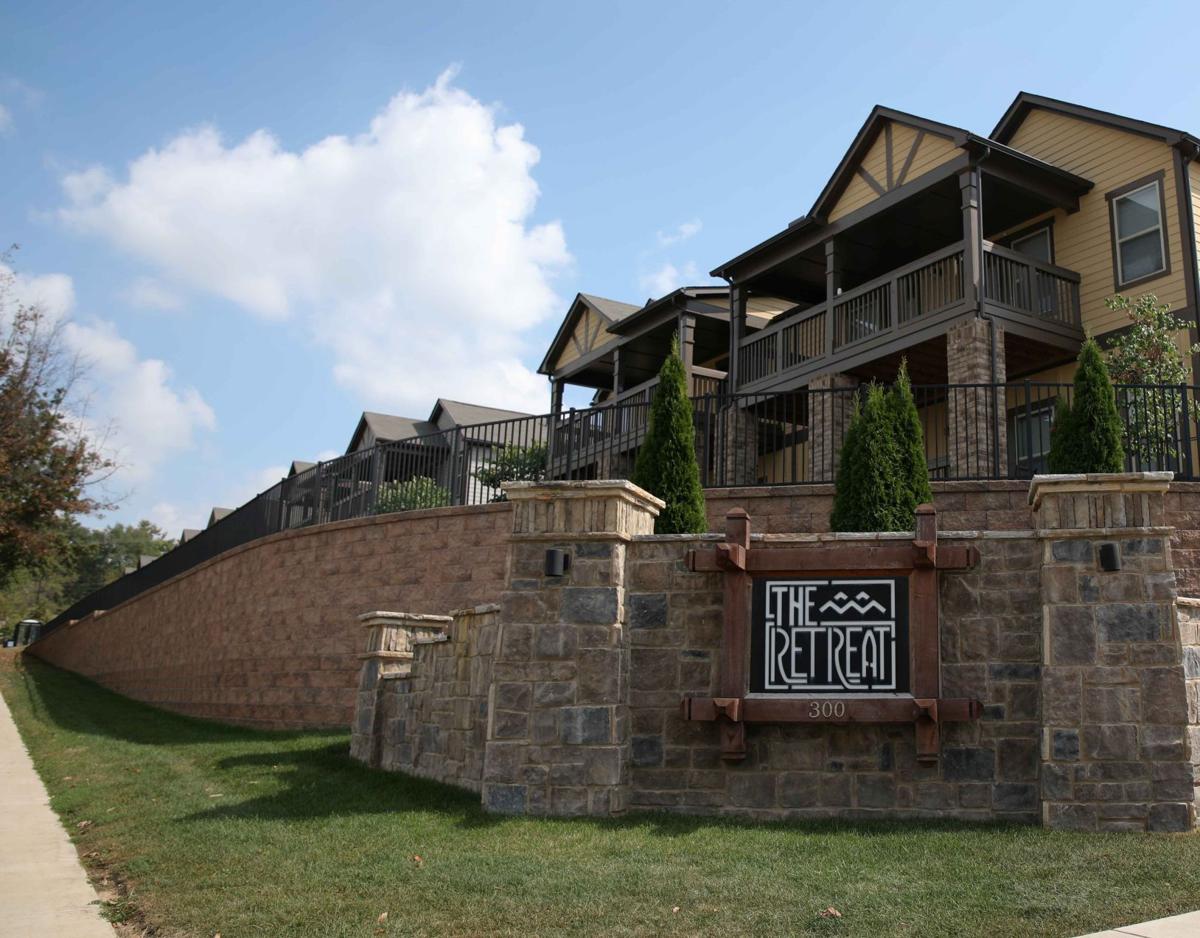 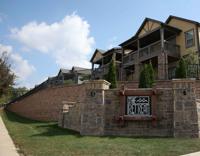 The Retreat, an apartment complex close to campus, on Tuesday September 26th, 2017. 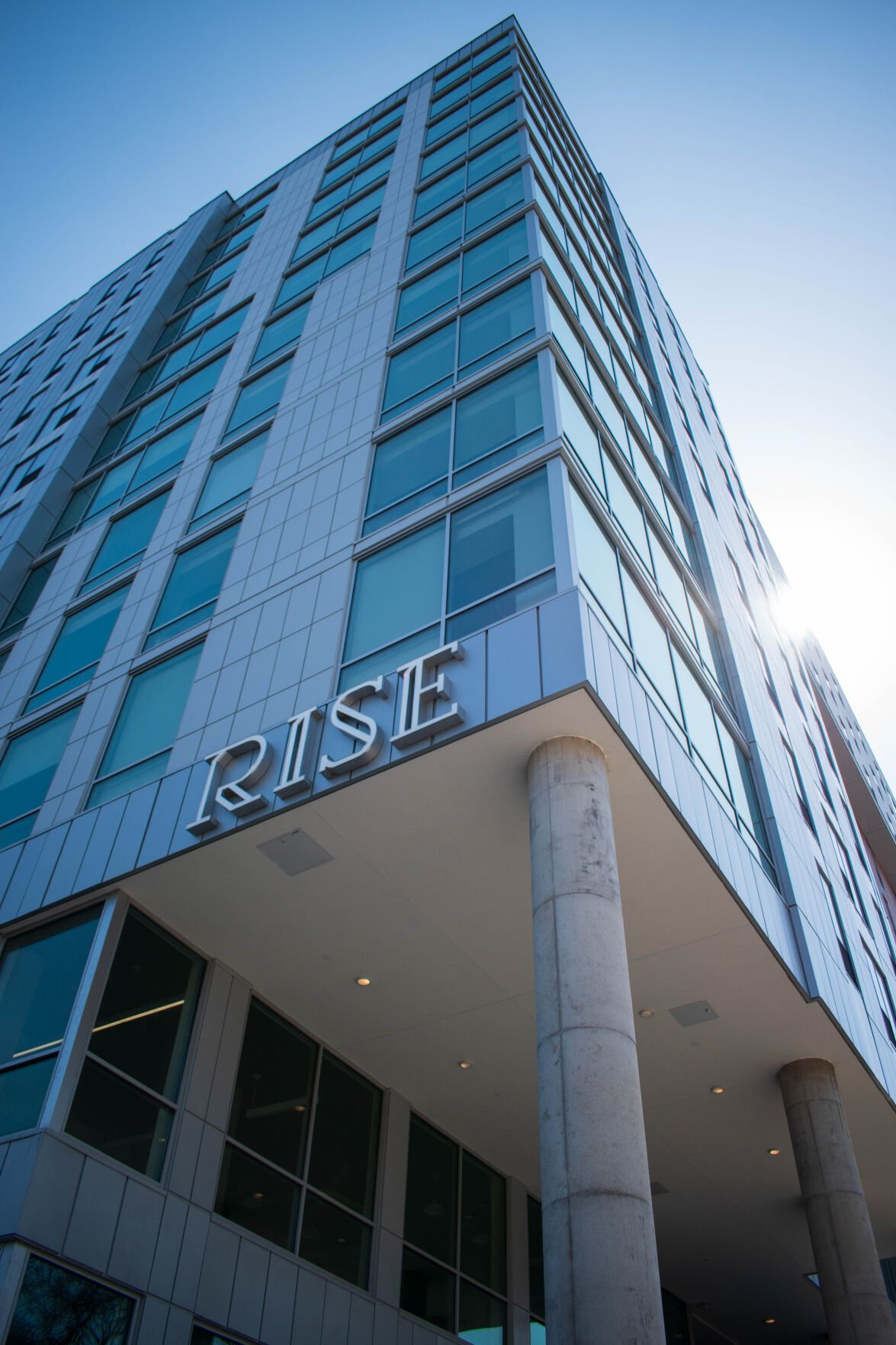 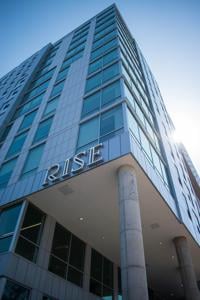 Amid a rise in coronavirus cases on and off campus and the uncertainties presented by the pandemic, the summer house hunting looked different this year for some Penn State students.

After seeing firsthand the impact the pandemic has had on campus life and culture during the fall and spring semesters, some students said they believe off-campus housing plans seem like the better option.

Downtown State College is usually a prime location for college students looking for apartments within the campus vicinity. However, the search for an affordable living space has been challenging for some.

Harsh Tyagi will continue to live in the RISE at State College but has experienced the difficulties finding a student willing to sublease — or re-renting the property to a third party for a portion of the tenant’s existing lease contract — his current place in the building.

“I spent this past year in an apartment where I was paying for added expenses that did not matter,” Tyagi (sophomore-aerospace engineering) said. “Now I am in this tricky situation because I want to leave but it’s challenging to find anyone willing to sublease when you can’t talk to people face-to-face as much as you would like to normally.”

Tyagi currently resides on the 12th floor at the RISE, but he said he wants to find someone to sublease his space so he can move down two floors where the price is cheaper.

Subleasing seemed like the best option to Tyagi due to how little time is left in the spring semester.

Like many others, Tyagi has used social media to advertise his place through Penn State Facebook groups and direct messaging.

“I had originally wanted to live in State College over the summer due to the opportunities I could have had to pursue an internship but, because of the pandemic, those plans were affected,” Tyagi said. “Since I kind of have to stay now since I signed a contract, I am still hoping to use my time productively but would much rather do so while also saving money.”

In terms of his search for someone willing to sublease, Tyagi said he plans on following the same process he has used throughout the past few weeks.

“It’s a great space and there are added amenities that many would appreciate, but for me, it's just not practical anymore especially as we move into this summer where more in-person opportunities might begin to be introduced,” Tyagi said. “I just came to this realization that I won’t be spending nearly as much time in that apartment as I thought I would have.”

Unlike Tyagi, Apoorva Vijh said the complications she faced with her living arrangements this past semester impacted her decision to stay in State College over the summer.

“I took an apartment for a short-time lease, which ends in July because at the time it was the only one within my price range, but I was not able to renew the apartment because of a surge in price,” Vijh (graduate-law) said. “Because of that, I had to find other living arrangements from August on — faster than I would have wanted.”

Vijh said at her previous apartment complex, rent increased from $400 a month to $560 a month and forced her to explore other living arrangements.

After finding another place at The Park at State College, Vijh said she will transition there halfway through the summer and will stay for the rest of 2021.

“Because of the coronavirus, there have been some unexpected challenges I have had to face,” Vijh said. “I am living with roommates now — which I was not expecting — partly because of the virus but also because it was not a feasible option for me to return home only to come back a few months later.”

Vijh is from India and is finishing up her masters degree in December. It will be her first time staying in State College during the summer months.

Ultimately, Vijh said she would prefer to spend her summer in State College because of the time differences between India and the United States, as the summer classes she wishes to take would be affected if she weren’t in central Pennsylvania.

“I think with everything going on we all have to make some sacrifices,” Vijh said. “While others may be used to taking living options for granted, throughout this whole process I have realized just how complicated it can be to secure a lease, especially in this area at such short notice.”

With a month left before the spring semester concludes, Ben Brauser said he felt it was safer to continue living off-campus due to the present effects of the coronavirus and the cheaper prices offered without signing a Penn State housing contract.

“The virus has definitely affected how important I take my safety,” Brauser (freshman-economics and political science) said. “ I continue to hear about outbreaks on campus and especially in East dorms a lot. Being in my own space with amenities that are private and [having] more control over who I am seeing voluntarily gives me a lot more needed reassurance.”

A native of State College, Brauser chose to stay off-campus for both the fall 2020 and spring 2021 semesters. Brauser is planning to live at The Retreat at State College Apartments this summer with four other roommates.

However, Brauser said he doesn’t know yet if he will even be at his apartment over the summer at all due to potential career opportunities.

“The concern right now is that after being there this past year, it might not be the same story over the summer,” Brauser said. “While others might consider subleasing, the Retreat does not let any residents wishing to hold onto their leasing contracts sublet.”

Brauser said he wants to keep his leasing contract going into the fall 2021 semester even if he is “not as present” as he might have originally thought he would have been over the summer.

A big factor in this decision, according to Brauser, is that the monthly price went down significantly. As for the potential of subleasing, Brauser said he would have considered it if it were allowed.

“I would have taken any option to sublease if it was possible,” Brauser said. “At this point, I’ll just never know, but it doesn’t stop me from thinking about it as a possibility in the future if I am ever in this situation again.”

Vimarsha Sital is from Long Island, New York and spent the past year in the dorms. She said she is looking forward to her first experience living in downtown State College this summer in a studio apartment at Foster Arms Apartments.

“After being on campus and in the dorms in particular, I’m really looking forward to having my own space I can call home,” Sital (freshman-psychology) said. “While it will feel different, as I have never lived in an apartment before, it will be beneficial to be only a few minutes from campus and have more of a feeling of security.”

Sital is staying in a studio apartment with a roommate and said she stayed to take summer classes.

“We were able to get the lease this year, which was surprising as you usually have to sign on in the fall,” Sital said. “It was a surprise but also a relief that the moving date was in the summer anyways, as it was not something my roommate or I had planned on doing.”

Ultimately, the increase in cases on campus and the recent outbreaks in some of the campus dorms pushed Sital to look into alternative living options, but she said she was worried she would have no choice but to go back to the dorms for the summer.

“I’m just really grateful it all worked out in my case,” Sital said. “While there are still so many unknowns, just knowing I will have the luxury of having my own space is reassurance in itself.”

On April 4, Gov. Tom Wolf will lighten restrictions on bars and indoor dining, as well as in…

As a senior, Melissa Schreiner is in a transition period. She never expected graduation to “come so fast” and is hoping extra months spent in Happy Valley after graduation will give her closure she needs before moving on.

“I am in this odd period between being in college and starting my actual life,” Schreiner (senior-early childhood education) said. “Because of this, I have decided to finish out my lease through the end of the summer.”

Schreiner currently lives at Nittany Garden Apartments and has been residing at the complex for two years.

“I really like living off campus,” Schreiner said. “I’m so far away [from the university] it made it easy, especially this past year to not have to commute as much as I would have had to in a normal year.”

Nittany Gardens is about 10 minutes away from Penn State by car, according to Schreiner, and has helped her feel a lot safer and in control of what she can do to make sure she is staying safe and protected.

“Even though the pandemic has shifted so many parts of our daily life, I think it is worth it even with the raised utility price here since we are at a distance from the risk of exposure to the virus on campus,” Schreiner said. “I’m just really grateful I was able to realize that and continue my leasing contract. I know in the end, it was the right decision to make.”