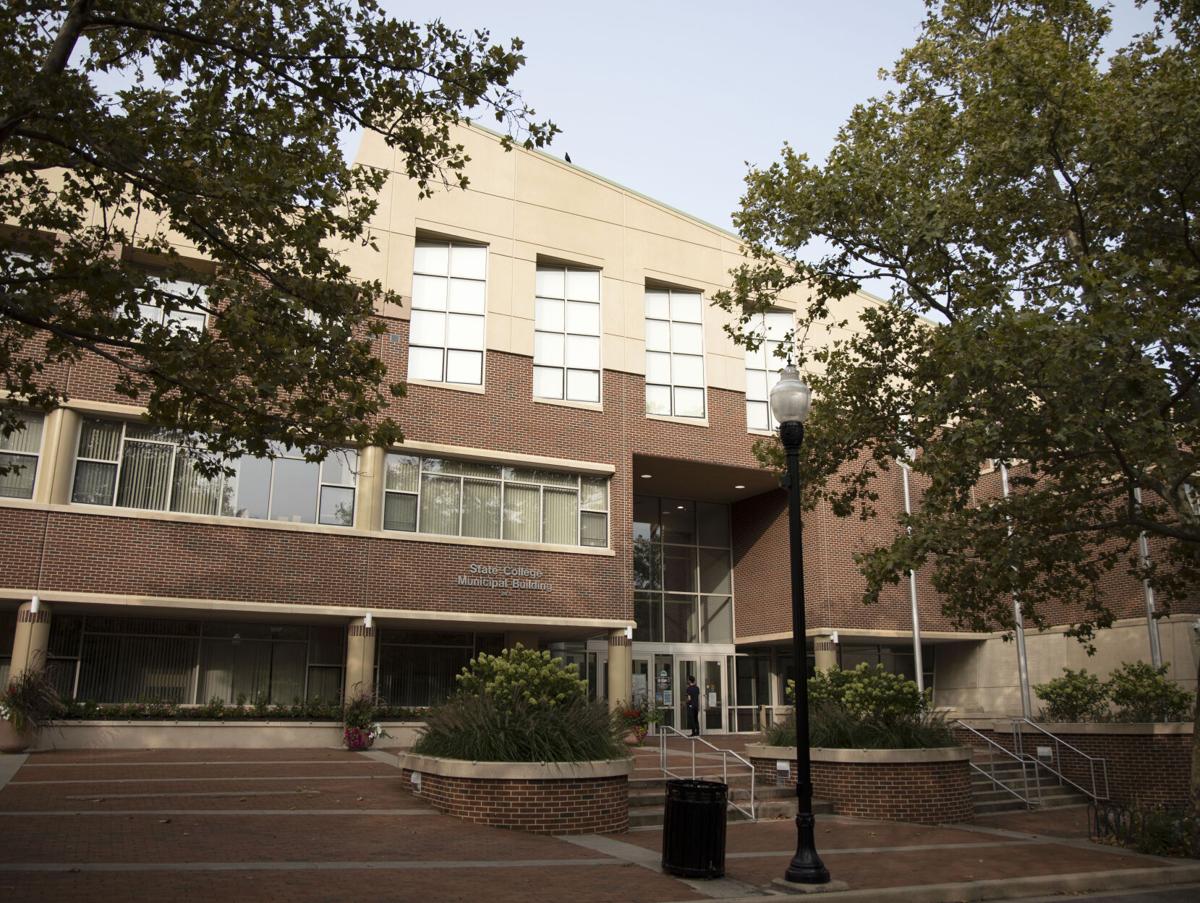 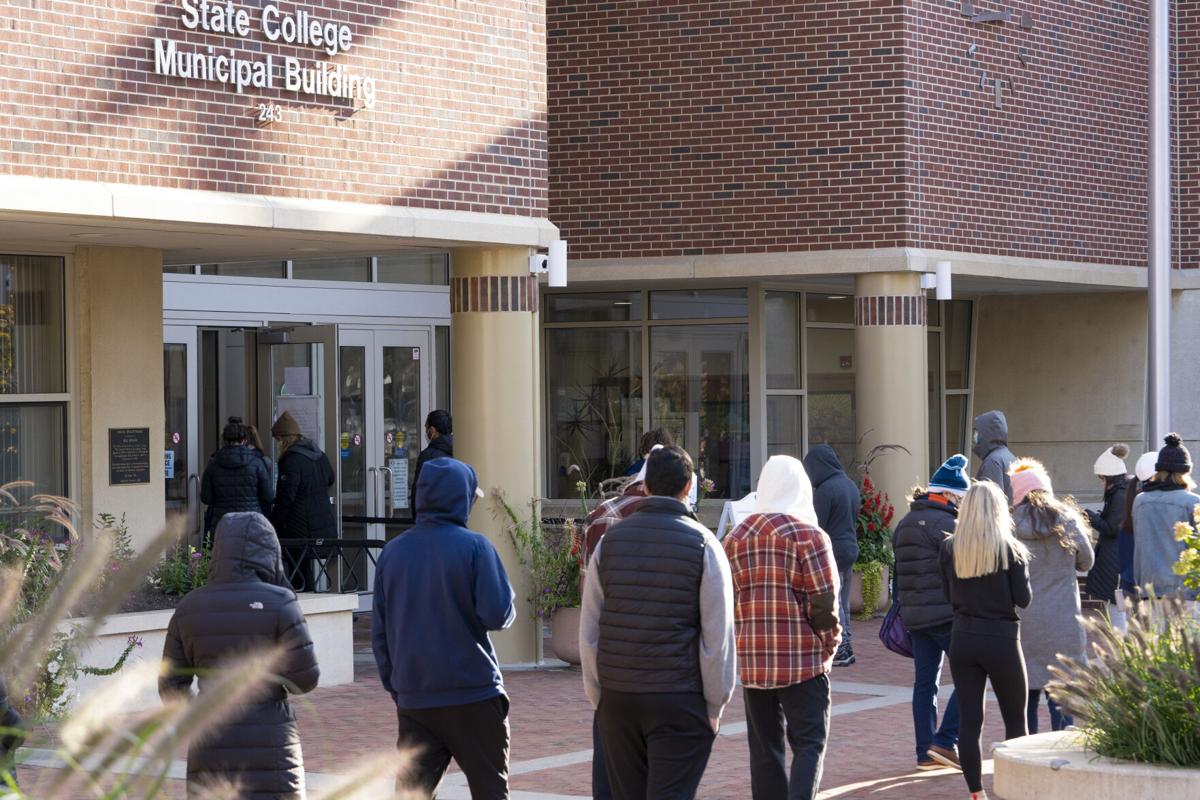 Voters stand in line to cast their ballot on Election Day, Tuesday, Nov. 3, 2020 at the State College Borough Municipal Building.

Although it's only been a few months since the last political elections, a new set of races are on the horizon — local elections will soon be underway in State College.

Primaries for various local elections, including the mayor of State College and State College Borough Council, will take place on May 18.

Jesse Barlow, president of the State College Borough Council, said there will be important issues concerning racial justice that voters should consider.

“I think you are going to see a lot of discussions about diversity issues and policing issues because of all the police reform issues coming before the borough council this year,” Barlow said.

Local elections typically don’t pull in too much of a turnout, according to Barlow. According to Centre County election results, 4,405 total constituents voted for the three main candidates in the 2017 mayoral election.

“Turnout will be lower [than last November], but when the mayor is on the ballot, it tends to go up as it did four years ago,” Barlow said.

In a big college town like State College, however, there are thousands of potential voting-aged students who could influence the result of the election, according to Barlow. People between 18 and 34 years old are not the most active voters, though, according to FiveThirtyEight.

In the 2020 presidential election, young voters increased their voter turnout to 55%, compared to a nationwide turnout of 66.2%. Barlow said State College could see some increase in young voter turnout this year.

“Student turnout for local elections tends to be low. I am hoping that might change due to mail-in ballots, bringing up the total a bit,” Barlow said.

In 2016, only 42-45% of young voters made it to the polls for the presidential election, showing an increase in youth turnout over the last four years.

Barlow said local elections should matter to students and that “if [students have] taken an interest in national politics, [they] should take an interest in local as well.”

“I think when it comes to day-to-day life, who your local officials are matters more [than state or federal officials],” Barlow said. “What we do are the things that affect the lives of students.”

Although the primary is still a couple of months away, Ezra Nanes declared his candidacy for mayor on Dec. 28.

Jim Leous, a three-term member of the State College Area School Board and former board vice president, also announced his intent to run for mayor on Feb. 17. As on 8 p.m. Monday night, Leous did not respond for comment.

“We need a mayor that can be a very strong advocate for our gender, racial and religious minorities,” Nanes said.

Nanes said he believes issues like climate change and economic recovery from the coronavirus are important to deal with, but racial justice is at the top of his mayoral agenda — especially when it comes to Penn State students.

“We are in the midst of a wave of assaults on race, gender and religious minorities during these Zoom bombings,” Nanes said. “As mayor, it is incredibly important [to] take a strong stand against these things. The perpetrators of these attacks must be brought to justice.”

Nanes said he recognizes the role students can play in local elections.

“If the students choose to vote, they can absolutely elect the next mayor — that is the power of the student vote,” Nanes said.

Nanes said encouraging students to be a part of the electoral process is “vital.” His campaign manager is an undergraduate student at Penn State, and Nanes said he has high school students volunteering with his campaign as well.

“We have got to engage person to person — that’s where we make real connections,” Nanes said. “We have to be on campus registering people to vote — we have to help students appreciate the power of their vote, their right to vote.”

Citing the economic burden caused by the coronavirus pandemic and with students employed in many stores and restaurants downtown, Nanes said the community and the students must come together to support local businesses.

“We need to build a relationship between campus and downtown,” Nanes said. “It is an integral part of this community and makes this a great place to be.”

Borough Council member Katherine Oh Yeaple is running for a full term after being appointed in September 2020.

“We need to represent everyone in the community, whether retired, or students or young professionals,” Yeaple said.

Yeaple said State College has gone through “many difficulties” in the last year.

“2020 was a challenging year. We are talking about the pandemic, transmission of the virus into the community [and] having an enormous impact on State College and the region,” Yeaple said. “Hospitality, tourism and retail have all suffered in our local economy.”

Yeaple said there are issues that affect the State College community, ranging from climate change to racial justice.

“We have to address the mental health needs of our community. We need to treat everyone equally. We need to be observant of our energy consumption and less reliant on our fossil fuels,” Yeaple said.

In the midst of the pandemic, Yeaple said she is advocating for a “public health office” in State College.

“We need a public health structure here in our community,” Yeaple said. “We have relied heavily on community health centers, but the county needs a public health office and medical director.”

Yeaple said Penn State students can find many ways to get involved in local elections in the community.

“They can show up at various events. If they identify a candidate they agree with, they can get involved with those campaigns,” Yeaple said. “We cannot ignore the students — the students are a huge part of State College. We are wedded together.”

On Jan. 24, the State College Borough Council extended the downtown masking ordinance to May 31, calling for the same social distancing and ma…

Kyle Hutchinson is a politics and baseball reporter for The Daily Collegian. He is a sophomore studying criminology and political science.