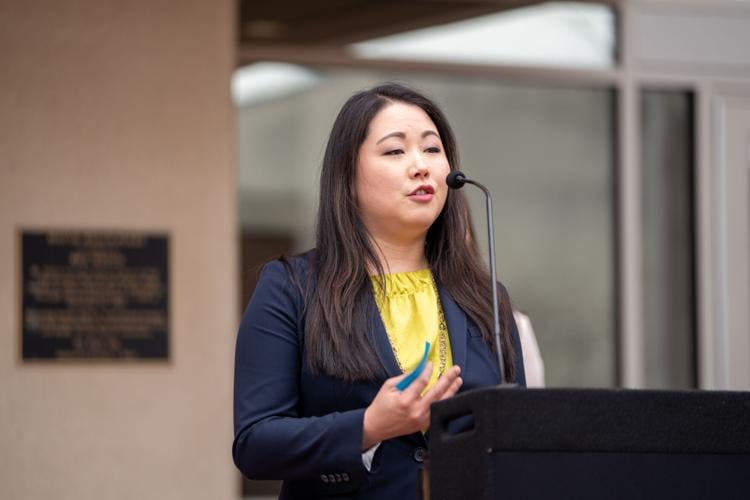 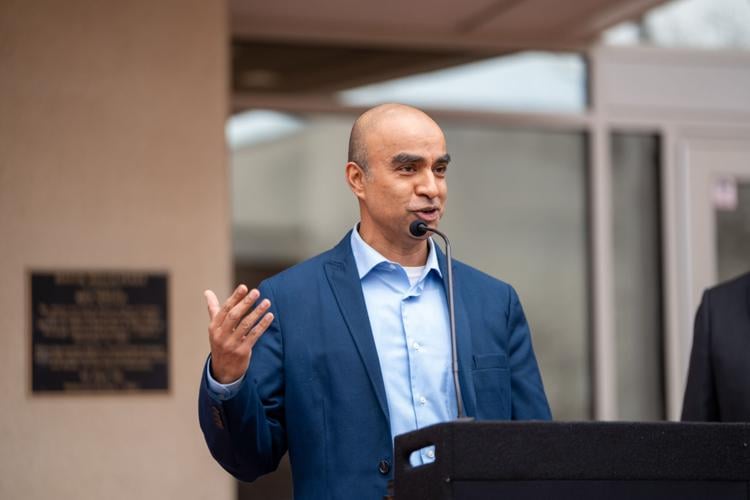 At the State College Borough Council meeting on April 4, Mayor Ezra Nanes praised council members Divine Lipscomb and Gopal Balachandran for their local work with Second Chance Month — an observation through April that focuses on rehabilitation and justice for formerly incarcerated individuals.

Lipscomb (senior-rehabilitation and human services) is the special projects coordinator at the Restorative Justice Initiative run through Penn State’s College of Education and is a formerly incarcerated individual himself who has been home for 19 years.

He shared what aspects of restorative justice the organization is working on and said one program of note is the Rising Scholars Program.

“We had 10 formerly incarcerated individuals come to campus for three days, and they had the opportunity to meet with mentors, to meet with financial aid, to sit in on classes and allow them to see that access to higher education is attainable for them,” Lipscomb said.

Lipscomb said one of the program’s purposes is for formerly incarcerated individuals — some who had started their degrees while incarcerated and some pursuing education since their release — to know and see that Penn State is “accessible to them.”

“One of the main missions of RJI is to bring awareness to issues around incarceration… to promote prison education and create credit-bearing programs inside of our correctional facility statewide,” Lipscomb said. “Because we do believe education is a basic human right.”

RJI is also hosting its second annual Justice Education Week, where the organization takes “a week out of the month to highlight issues that involve barriers to reentry,” according to Lipscomb.

Justice Education Week began on Saturday and will finish on April 29. Events throughout the week include restorative circles training, where RJI will teach community members, staff and students the basic principles of restorative justice and how to use them to mitigate harms created by different issues in communities.

Other events will include speakers Tierra Williams, who will play a clip from her show “Black Tea” and host a discussion, and Bettina Love, who wrote “We Want to do More Than Survive” and will deliver the keynote.

For Lipscomb, one of the struggles he said he has continuously faced is “how individuals make decisions.”

“[People] begin incarcerated… come home, and they are met with this lifelong sentence — the stigma of incarceration,” Lipscomb said. “You're continuously labeled as a criminal, and it creates barriers. It makes life harder for individuals who make certain decisions.”

Gopal Balachandran — assistant professor of clinical law, director of the Externships Program, co-director of the Indigent Criminal Justice Practicum through Penn State Law and a State College Borough Council member — has been working to create the newly launched Centre County Pardon Project to help eliminate those barriers for people.

Things to do at Penn State, in State College during 16th week of spring semester

With classes coming to an end and finals week getting closer, there are various activities a…

According to Balachandran, the project started when a Philadelphia law organization sought to create multiple pardon projects throughout the state.

“Starting up and trying to form a pardon project was kind of a natural outgrowth of a lot of my professional interests and professional experience,” Balachandran said. “We have a lot of different people who are working on trying to make this successful.”

The Pardon Project in Centre County is working on “trying to get the word out” and “helping people to draft up their pardon applications,” Balachandran said.

Pardons are a total forgiveness of crime, according to the Pardon Project’s website. Balachandran explained the process, saying “anyone can apply,” but the project aims to “maximize your chances.”

The application, along with supporting documentation, is sent in by somebody seeking a pardon, according to Balachandran. In about two years, individuals can receive a pardon or obtain a hearing where they make their case in front of the Board of Pardons — the outcome of which Balachandran said depends on “the grace of the members” of the board.

The Pardon Project also provides free services to take someone through the process of obtaining a pardon and “greatly… increase” one’s chances of getting a hearing and a pardon itself.

Sharon Barney, co-organizer and founding member of the Pardon Project and associate director of career services at Penn State Law, said a couple of hours working with an applicant can lead to “huge” and “invaluable” results for that person’s life.

“We see a lot of value in giving people hope for the next parts of their life — and in the value of second chances as well,” Barney said.

Barney, who also has a background and career in public interest law, said the purpose of the criminal justice system is not to send people away forever, and there’s an expectation that people who take accountability for things they’ve done are at some point going to come back and be a part of communities.

“If you have shown that you've learned from your mistake… you should get a second chance, [and] your criminal record should not define you for the rest of your life — especially if you have done things that have improved your own life,” Barney said.

Balachandran said the work the project’s doing is of “vital importance” nationwide but is “particularly pressing” in Pennsylvania, which he said has one of the highest incarcerated populations in the country.

The unfair system, Balachandran said, is not enabling people to remove the cycle of poverty, and there are “a lot” of people who “should not have been caught up in the system in the first place.”

“We still incarcerate too many people,” Balachandran said. “It's a human catastrophe, a moral catastrophe, as well as an economic catastrophe for a lot of communities.”

Lipscomb said people don’t know why others make decisions that lead to jail and prison, and as a nation, “we’re often very quick and harsh to judge people” despite all being “one decision away from incarceration.”

“When you think of how people determine who has rehabilitative qualities — without using compassion, without using empathy, without fully understanding a person's reasons or situations [and] why they make those decisions, we essentially create lifelong harm,” Lipscomb said.

Speaking to his own experience, Lipscomb said he had to “find his way from trauma after trauma” as a child in prison, and there were “no systems in place to help [him] navigate the world.”

“There weren't too many people on the other side to be like, ‘Hey, this is the direction you need to go,’ and those who were there, they didn't have the lived experience to help navigate that path for me,” Lipscomb said. “When I think about the work that RJI is doing by creating spaces where formerly incarcerated people are at the table, making decisions, being empowered… it resonates with me.”

Looking to the future, Lipscomb said he hopes rehabilitation in terms of incarceration becomes “a lifestyle” — something that’s “very normal.”

“As a county, I just hope that we can amplify the programs that are already in place,” Lipscomb said.

Balachandran agreed and said he would like to see a “broader set of resources” for the Board of Pardons because of “pressing budgetary issues” and a “huge backlog” for people applying for pardons.

“I think that, in the short term, we definitely want to be able to get more resources for the Board of Pardons,” Balachandran said. “But in my view, long term, we would just want the whole system to look very different than the way it is right now.”

Barney said the Centre County Pardon Project is “open for intakes” and has partner coaches ready to help anybody interested in applying for a pardon.

“Pardons are not only available to those who are rich or connected or political,” Barney said. “If you believe that you do qualify for a pardon — or would like to talk with somebody about what a pardon is and what the application process looks like — you can go to our website… we're happy to get started and [work] with you.”

“There's a lot of people doing a lot of good work, but the need is really high,” Balachandran said. “The more that we can all kind of get involved, the better our community is going to be.”

Lipscomb said he wants people to remember the reality of incarceration, and “people should be given the opportunity to grow and change.”

The statistics surrounding those who are incarcerated can look “just like our student population,” Lipscomb said, and people need to approach this issue with “compassion and empathy.”

“Although we may be ashamed to talk about carcerality and our own direct connections to it, the numbers tell us that somebody on this campus, somebody you’re sitting next to, somebody that you talked to, or even your family members will experience incarceration.”

Penn State’s annual Night of Remembrance vigil will be held at 6 p.m. on Thursday at the Old Main steps, according to a release. 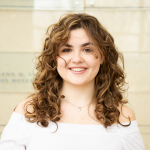