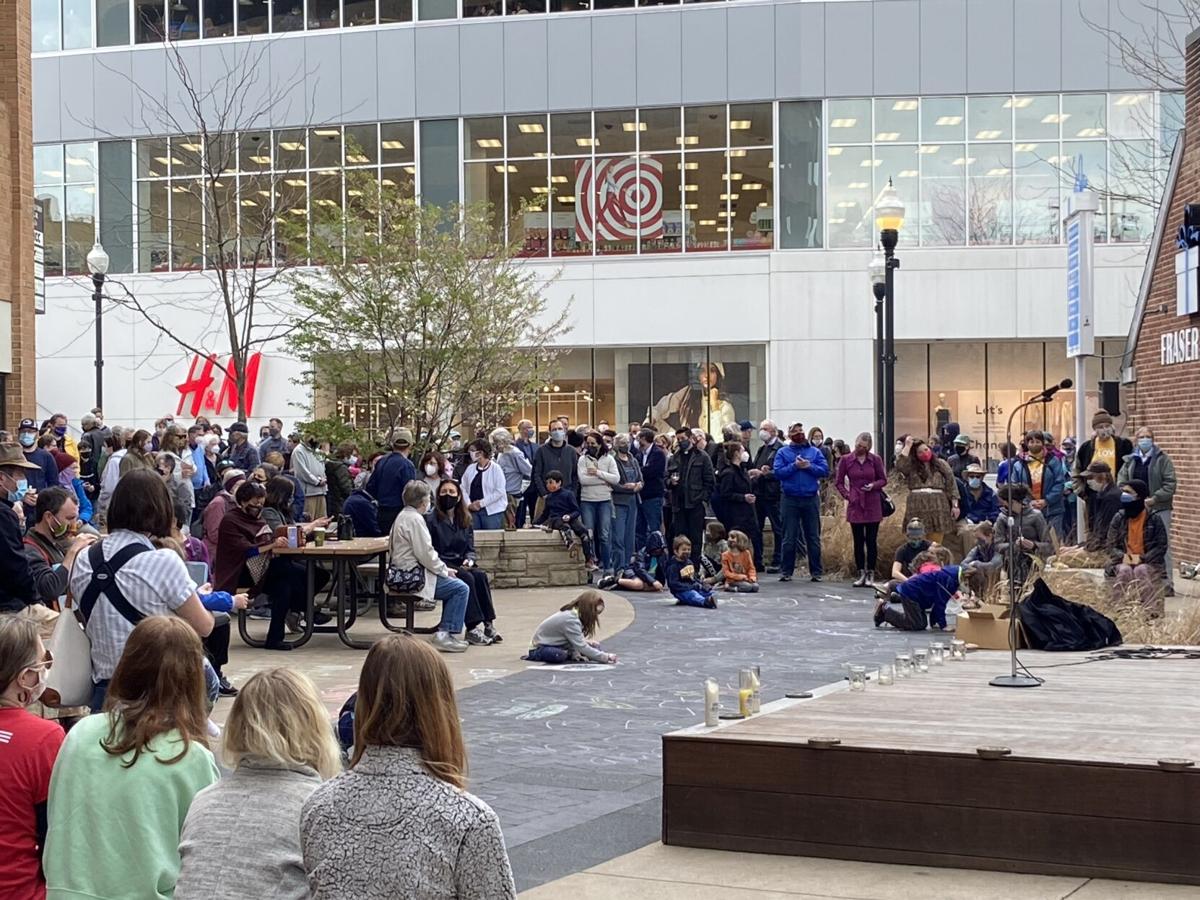 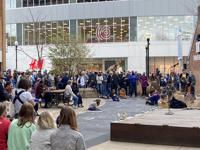 Local pastors in the State College community came together on Sunday, April 18 at the Martin Luther King, Jr. Plaza after the King mural was defaced on April 16 with imagery of a white supremacy group. 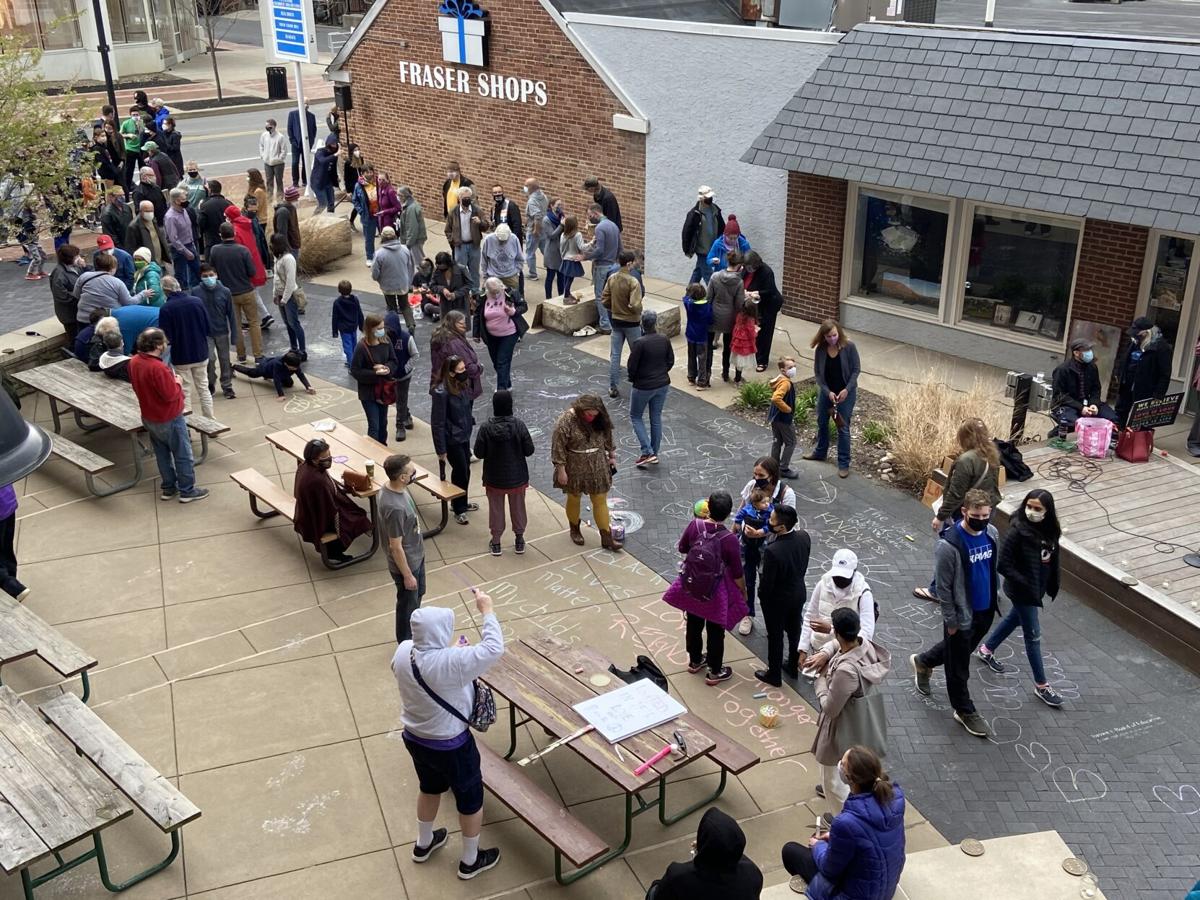 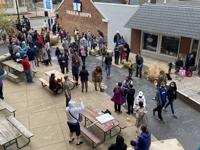 Local pastors in the State College community came together on Sunday, April 18 at the Martin Luther King, Jr. Plaza after the King mural was defaced on April 16 with imagery of a white supremacy group.

The image of King was allegedly stenciled with the words "PATRIOTFRONT.US" in a red substance with an insignia below. The incident is being investigated as a hate crime by the State College Police Department.

Patriot Front was responsible for posting stickers at various locations around State College and Bellefonte on Jan. 7 to promote its group.

The silent vigil began with Faith United Church of Christ's lead pastor, Reverend Jes Kast, calling for attendees — regardless of their faith — to place their hand on their heart and ask themselves to consider what motivates them to "stand up for justice."

Kast told attendees they must "reclaim this space for love and justice."

Following the opening words by Kast, the vigil began with local pastors and community leaders taking turns lighting six candles as they recited King's Six Principles of Nonviolence. Each speaker also gave a few words on what motivated them to speak out about hate crimes.

One of the pastors involved with coordinating the event, Kathryn Heinzel of University Mennonite Church, spoke about the purpose of nonviolent resistance.

All participants were asked to recite the principles out loud.

After candle lighting and recitations, one community leader once again spoke on the microphone, and said there is "no time for the twin evils of racism and injustice."

Children and the "young at heart" were encouraged to write messages in the plaza in sidewalk chalk, some of which read "Black Lives Matter," "Love lives here" and "Stand up to hate."

Reducing waste, cutting costs and giving new life to old items all happens in one place on Penn State’s campus — the Lion Surplus.

Newsweek Magazine named Mount Nittany Medical Center a "World's Best Hospital 2021," according to a release Monday. The medical center is one …