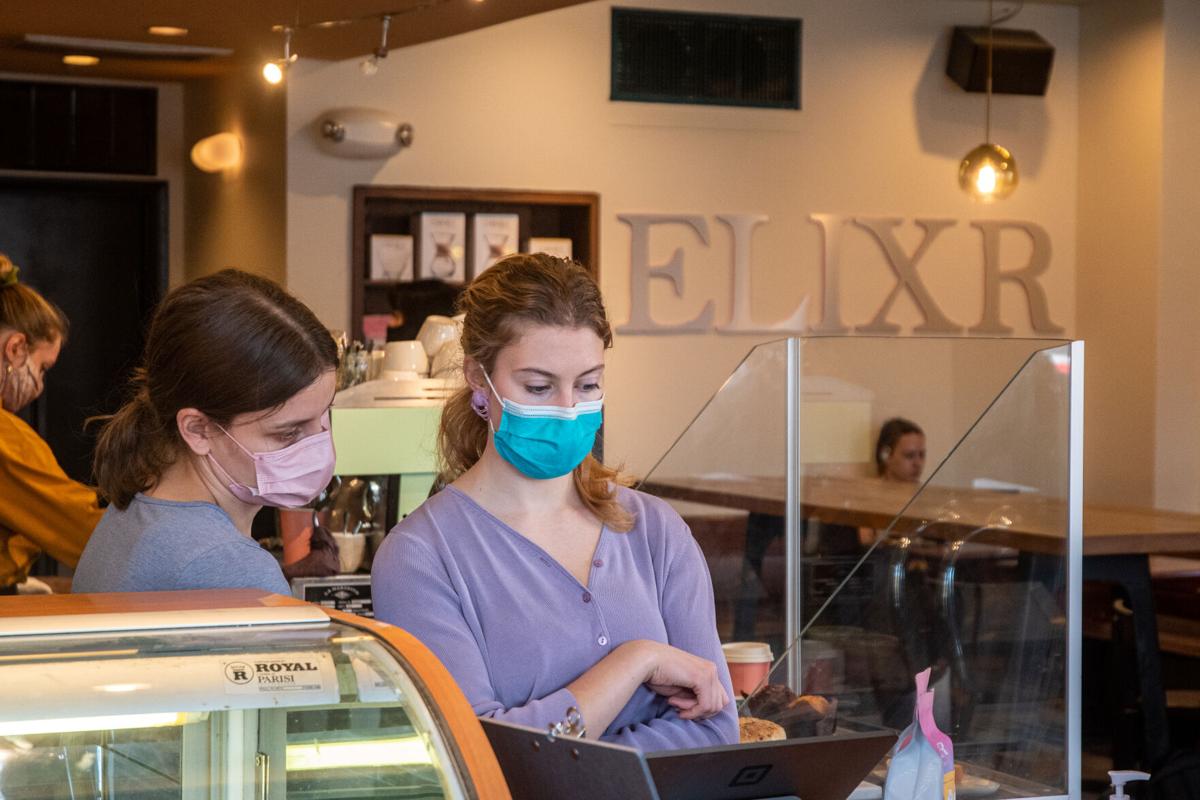 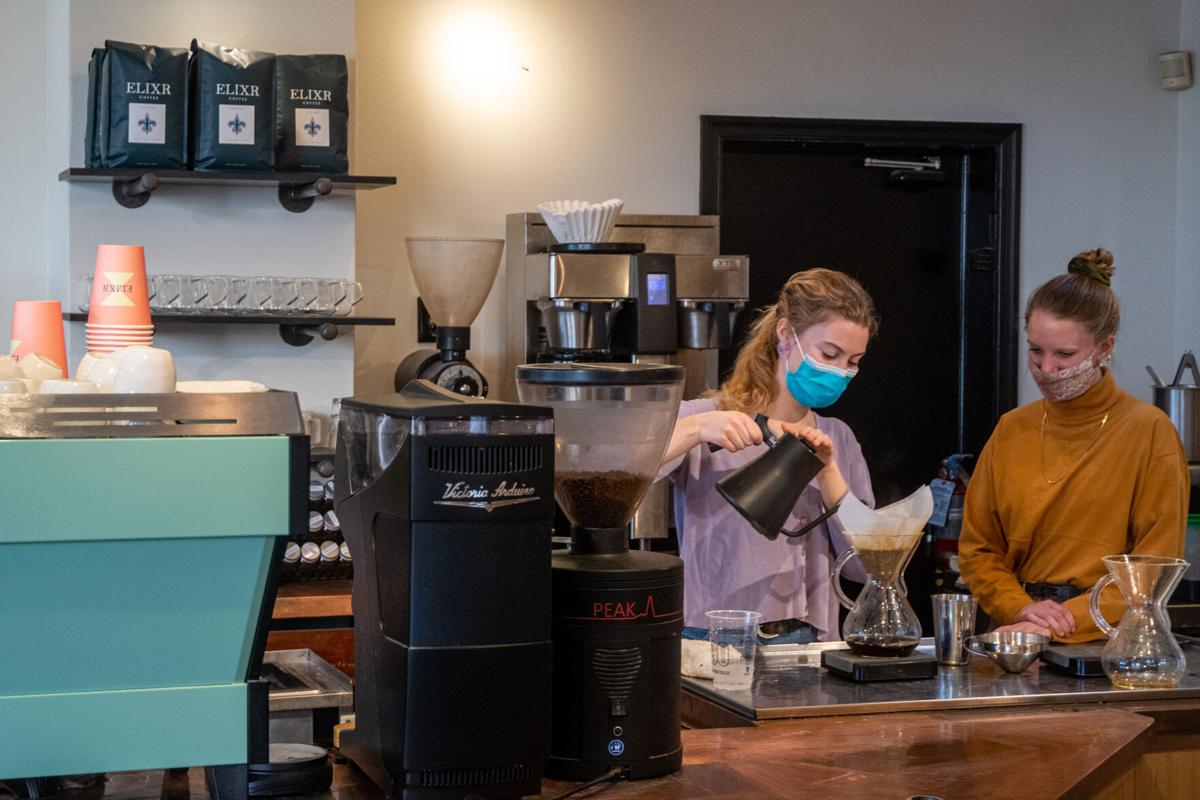 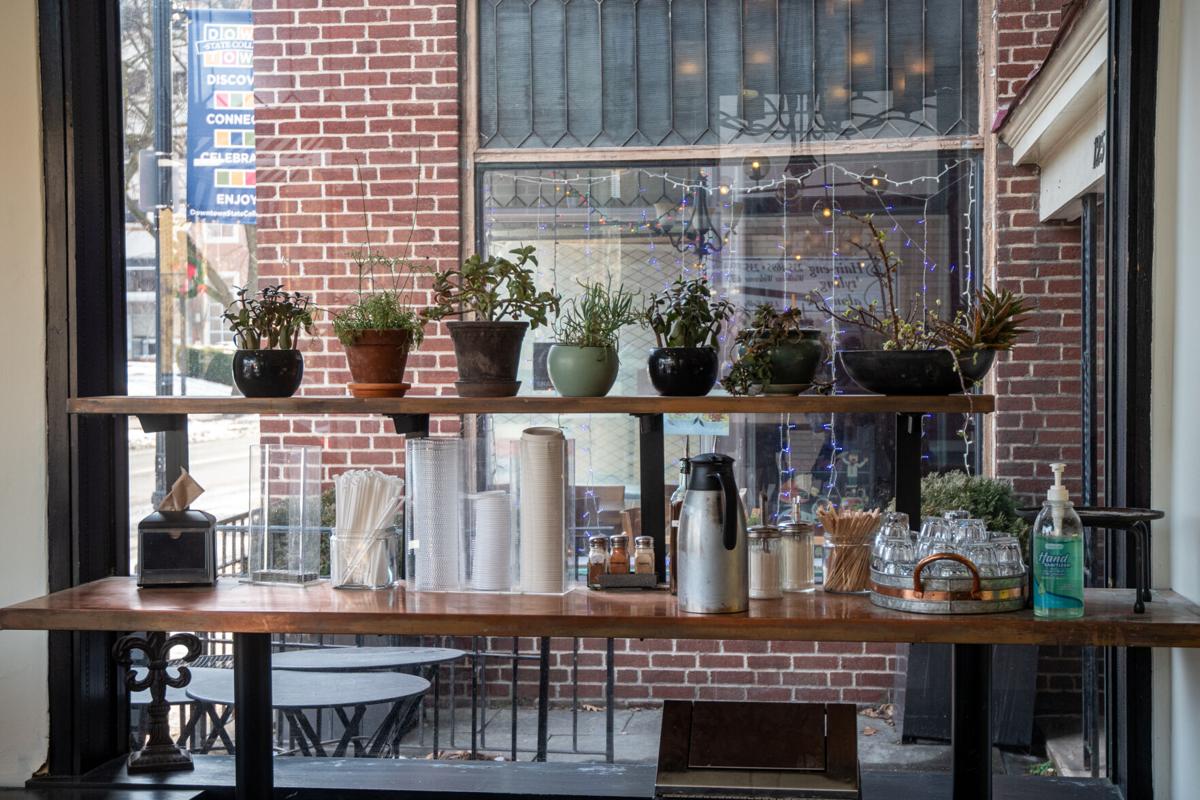 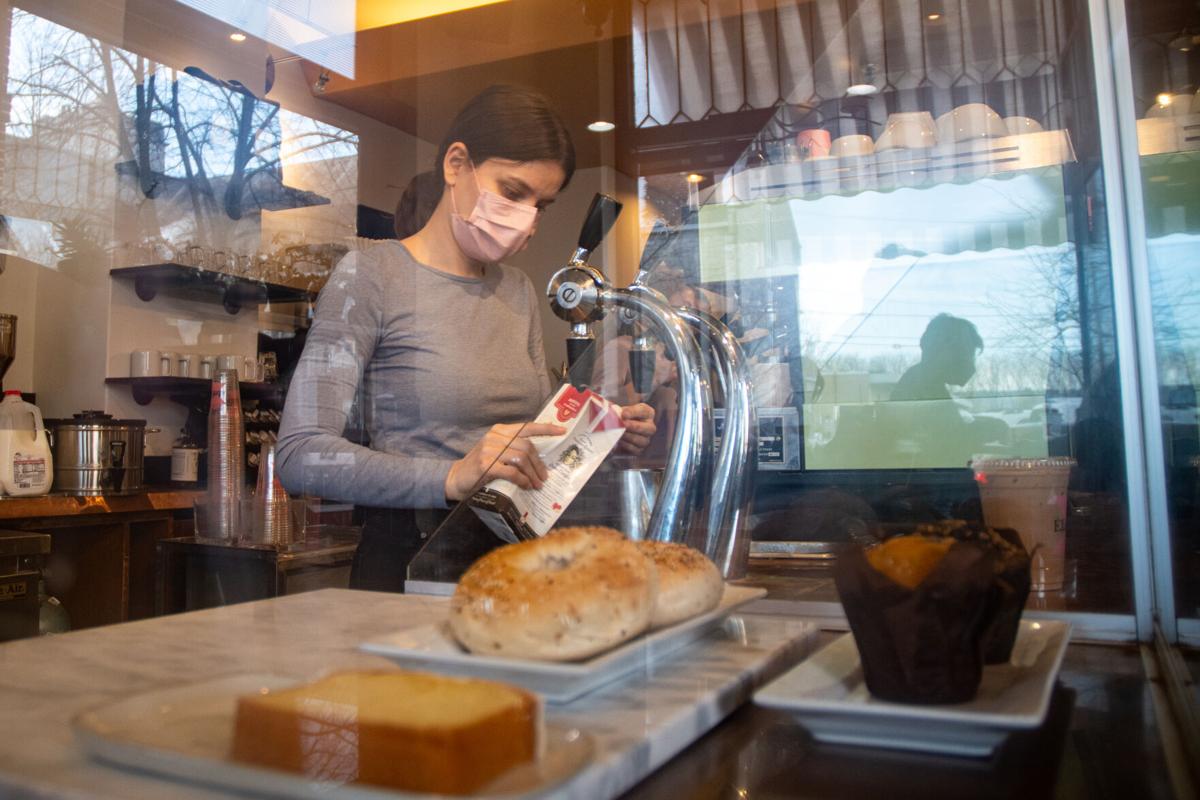 Paula Cabrera and her boyfriend, Jacob Ryan, were walking down Beaver Avenue in State College Wednesday afternoon when they noticed something out of the ordinary — the small storefront that used to be Saint’s Café was bustling with patrons once again because the new Elixr Coffee Roasters opened in its place.

The two had been regular patrons of Saint’s Café, which closed Dec. 19 after 22 years of operation, and Cabrera (senior-physics and math) said they would go a few times a week on dates.

As the couple entered Elixr, Cabrera said they came “with an open mind” and hoped "for the best.”

Ryan said the modern, clean and sterile vibes of the new café’s interior immediately caught his attention — vibes Mohammed Aldhaheri said were represented in a “warm” design that makes a “good atmosphere for studying and talking to friends.”

“It’s one of the best specialty coffee shops,” Aldhaheri said.

Mohammad Alnoaimi accompanied Aldhaheri to Elixr, eager to try the new café after being a regular at Saint’s.

Alnoaimi (senior-petroleum and natural gas engineering) said he liked the “new design” of the interior.

Alnoaimi, Aldhaheri, Cabrera and Ryan each said they enjoy the hours of the new café.

Unlike Saint's, Elixr will be open until 6 p.m. every day — while Saint’s closed at 2 p.m.

Aldhaheri said the new hours work well with his class schedule because he can visit after his classes end for the day, and Cabrera said “it’s nice having afternoon coffee.”

Khaled Khalil said the café’s journey of settling into its new space should be “interesting” to watch.

Khalil (senior-architectural engineering) said he wonders “what Elixr has in mind,” with one stipulation — he said he hopes Elixr’s style and vibes will not be the same as Saint’s.

Copying Saint’s, Khalil said, would be “the wrong way” to settle in.

Because much of Saint’s design — including some of its old furniture — remain in the interior of Elixr, Khalil said he felt Elixr’s opening was “rushed.”

Khalil’s friend, Ben Yan, a 2021 Penn State graduate with a master’s degree in the philosophy of humans at work, said the Saint’s furniture that remains in Elixr creates a “divide” between the new café’s “modern” color palette and the “old school, European feel” he remembers from Saint’s.

The decor and “feel” of Elixr is where Yan said it has the most “room for improvement” because “it would be really cool” for Elixr to add “some personality” and make the location “its own” — a separate café from Saint’s.

But Yan said he doesn’t believe Elixr’s current vibe is a bad thing, as it “takes time” for new cafés to adapt to their spaces.

Because of the adaptation time, Yan encouraged other patrons to return over the course of the next few weeks as the Elixr staff becomes better trained and improves their coffee-making abilities and knowledge of the menu.

“I’m optimistic,” Yan said. “The quality of the coffee itself is going to be good.”

Interim manager of Elixr Christine Hughes said she aims to make the new café “a space where people can come and do work,” adapting to student's and patron's wants and needs.

Hughes said she aims to make its culture similar to that of Saint’s — specifically regarding the cultural significance Saint’s held for the State College community.

But Hughes said Elixr will be different from Saint’s due to its signature "pour over" drinks — coffee made by “pouring hot water into a filter with coffee grinds to slowly extract a rich, flavorful cup of joe,” according to The Roasterie Coffee Company — and its coffee, which she said the company takes “a lot of time” to source and roast.

Ultimately, however, Hughes said she will observe the market and be prepared for “what comes.”

“We’re not really sure what's next — [we’ll] just see where [State College] takes us,” Hughes said.

Aldhaheri said he’s excited for Elixr’s bakery items, which he said he enjoyed at the brand's Philadelphia locations. Part of his judgment of Elixr’s success, Aldhaheri said, will depend on his opinion of its bakery items.

Both Cabrera and Ryan said their opinions of the café will be based on the quality of its coffee.

For Ryan, he believes Saint’s had the best coffee in town and hopes Elixr can live up to that reputation.

While for Alnoaimi, the overall success of Elixr will depend on “consistency” — the ability to make “good” coffee every day.

But from his observation of Elixr’s “lowkey” opening day, Ryan said he believes the café will be successful in the end.

“People came in and are comfortably finding their space,” Ryan said. “It looks like people are having a good time.”