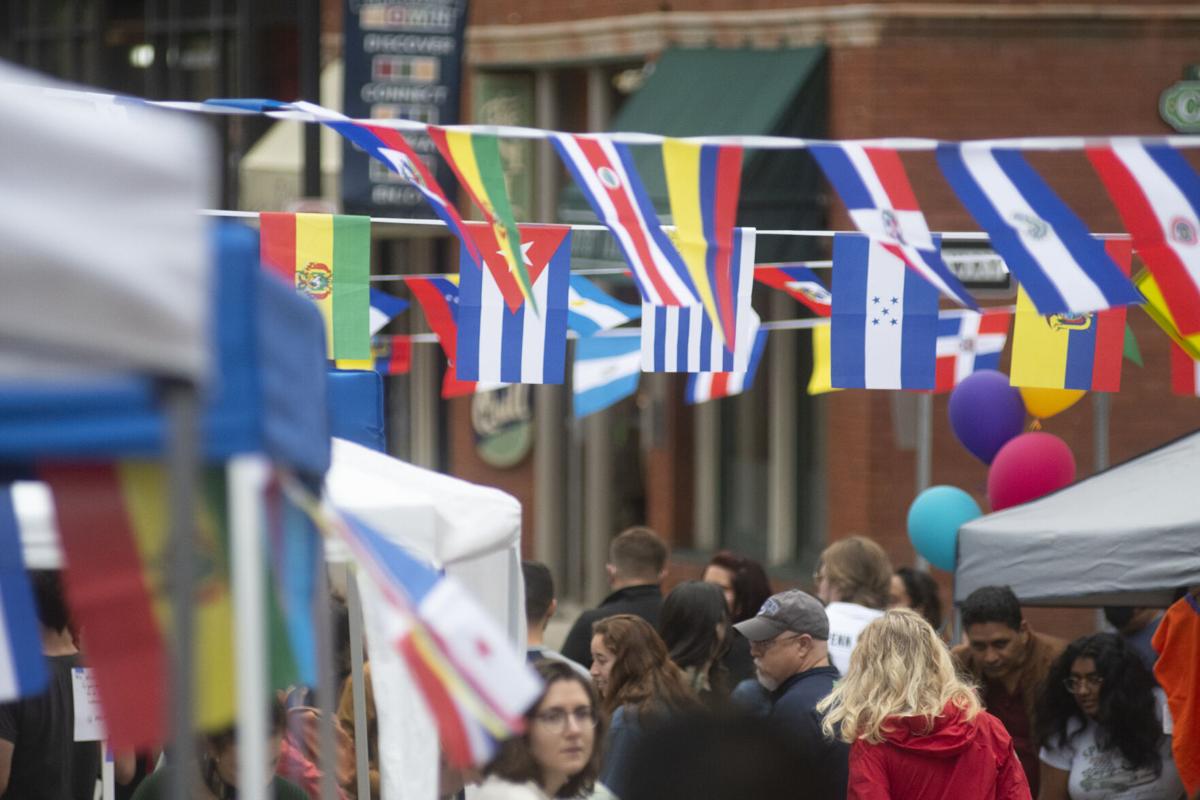 Vendors set up outside MLK Plaza at the first annual State College Latin festival on Saturday, Oct. 9, 2021. The event was hosted by Juana's restaurant and the Borough of State College. 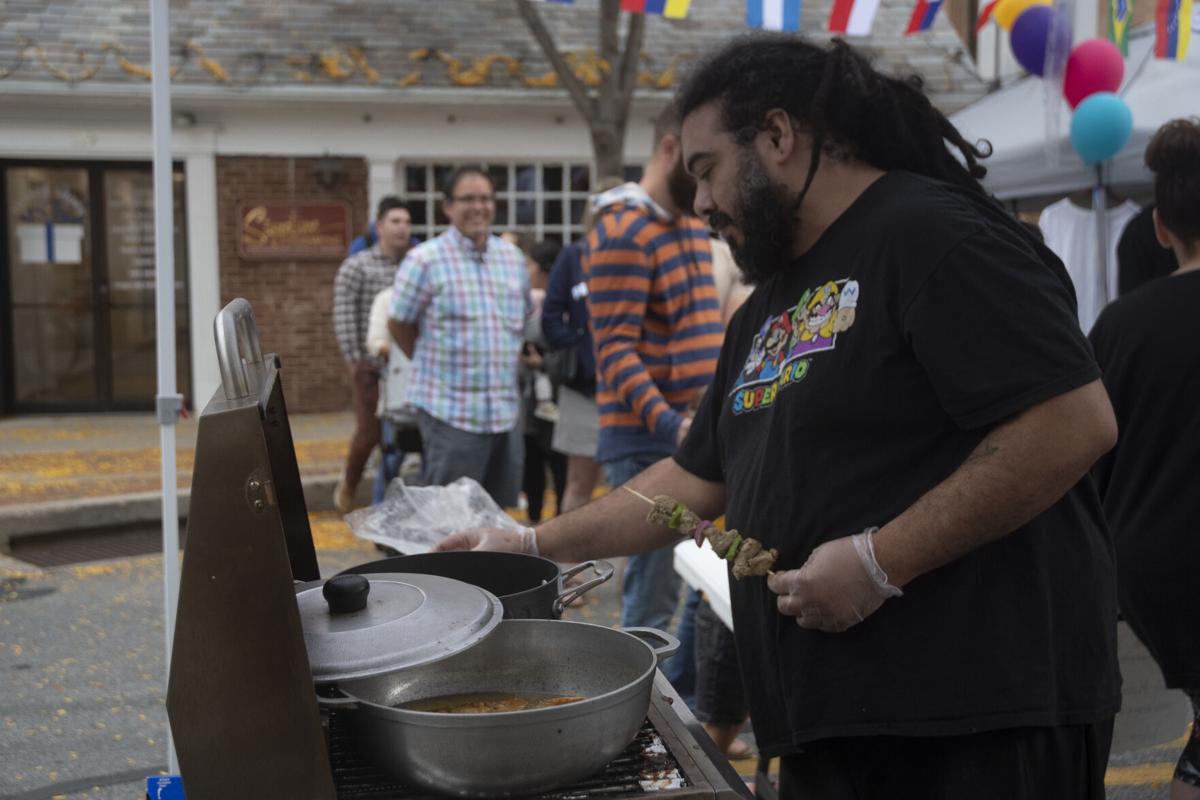 Bryan Roldan prepares food to serve at the first annual State College Latin festival on Saturday, Oct. 9, 2021. The event was hosted by Juana's restaurant and the Borough of State College. 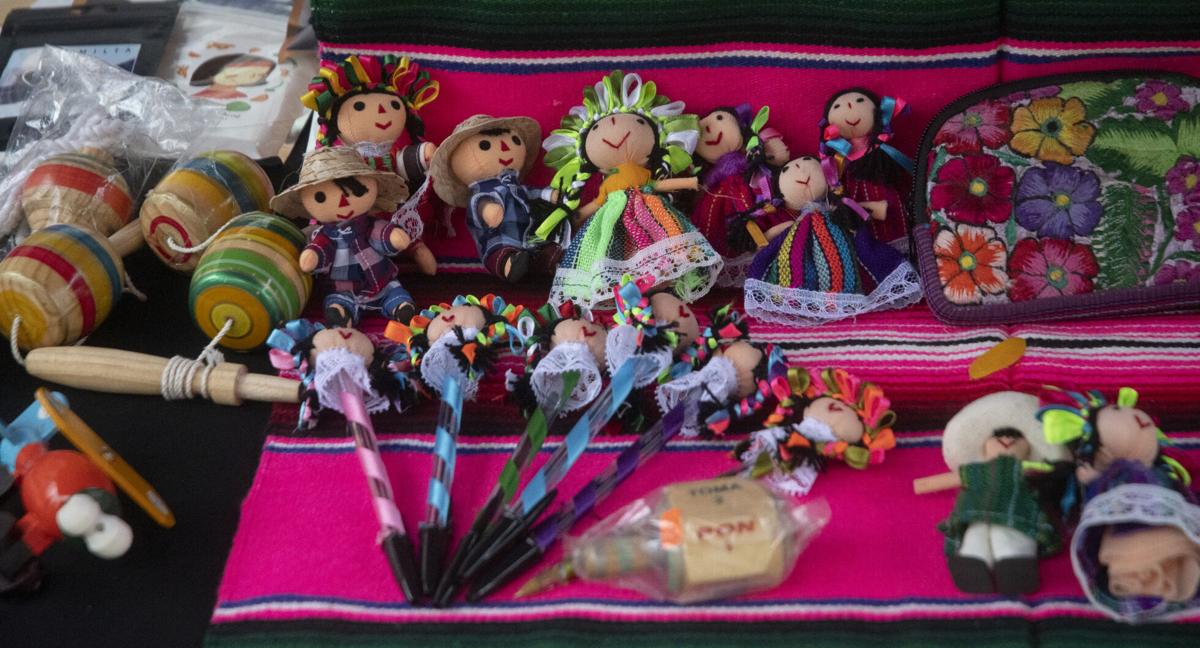 A vendor sells Mexican toys at the first annual State College Latin festival on Saturday, Oct. 9, 2021. The event was hosted by Juana's restaurant and the Borough of State College. 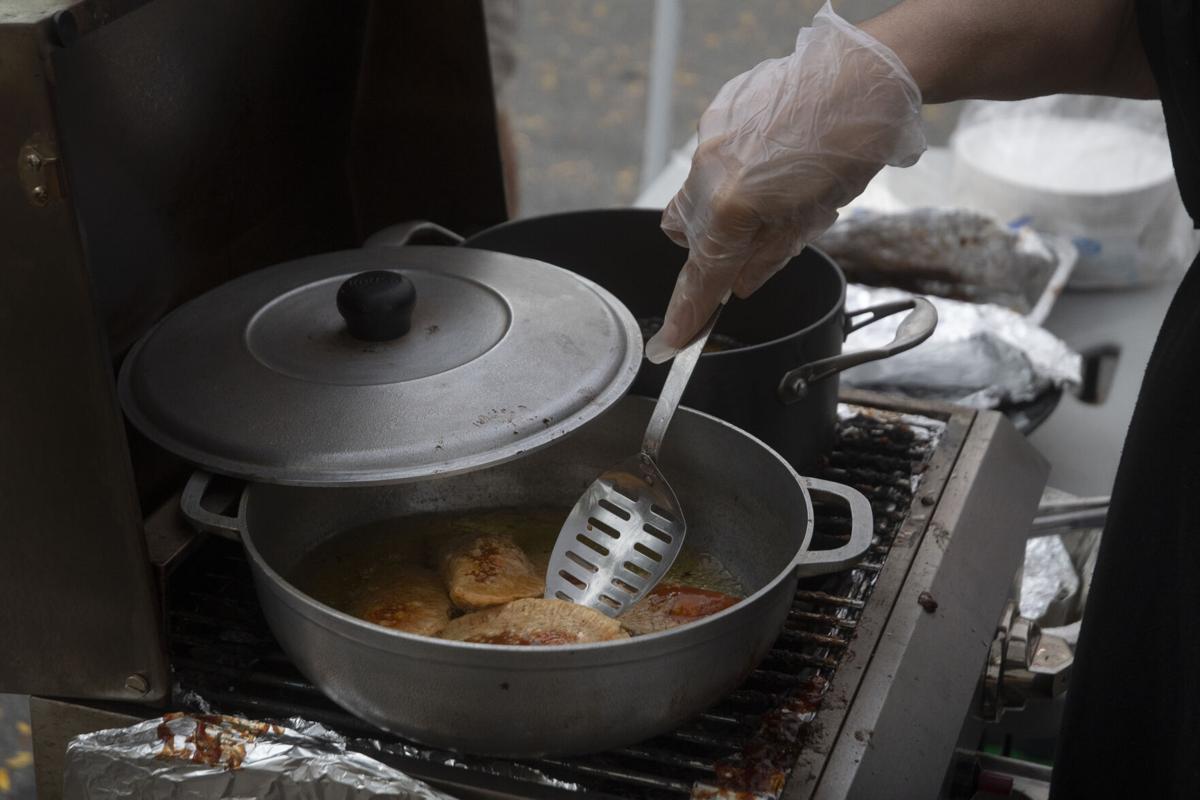 Bryan Roldan prepares empanadas to serve at the first annual State College Latin festival on Saturday, Oct. 9, 2021. The event was hosted by Juana's restaurant and the Borough of State College.

Hosted by Juana’s Venzuelan restaurant and co-sponsored by the State College borough’s Office of Community Engagement, the event was free to the public and covered the entirety of Dr. Martin Luther King, Jr. Plaza as well as part of Fraser Street.

The festival marks a new era for Latinx events in the State College area, according to Natalie Vercillo, community engagement specialist for the borough.

Vercillo said she was first contacted by Ady Martinez, a local musician and owner of Juana’s, about the possibility of holding a Latin festival in early July.

“Ady had this vision to put a spotlight on everything Latinx people are doing in State College,” Vercillo said. “Because of the way our office works, we are able to help make that kind of idea reality — and we did.”

The festival, which was held between 11 a.m. and 6 p.m., expected over 500 people, according to the Facebook page set up in advance to promote the event.

Vercillo said strides have been made in just a year to hold such a large event in town, which “brought out the very best in community organizing.”

Martinez, the founder of the event, alongside other core organizers like Malena Ramirez, have been planning the festival for just under three months.

“We knew going into it that the planning of the event would be last minute, but we didn’t want to pass up the opportunity to be with [our] people,” Ramirez said. “I am hoping we will be able to take what we learn and turn this into a yearly celebration. It’s been so rewarding.”

National Hispanic Heritage Month, which began Sept. 15 and ends Friday, celebrates “all of the special characteristics that make us so unabashedly Latin,” Ramirez said.

The festival opened with words from Mayor Ron Filippelli on the importance of the day and a reading of the borough’s proclamation of Hispanic Heritage Month in State College, followed by the reading of the proclamation in Spanish from self-described educator, Maria Sweet.

“In Centre County, we have never had a large Hispanic population, [but] we are starting to now,” Filippelli said. “It’s a tremendous job — [what the organizers have done] — the local businesses, the local culture, the arts. We needed this injection.”

In his proclamation remarks, Filippelli called the Latin community the “fastest growing minority community in the commonwealth of Pennsylvania.”

Sweet, who the festival was dedicated to, sees it as the first of many events to come that show the future for Latin culture in the region.

“We have a vibrant, dynamic, intelligent, well-educated Latino community in Centre County,” Sweet said. “It’s only up from here.”

Penn State student Amelia Houser said she had no idea the festival was being planned but just so happened to be walking on campus with her parents when she heard music blaring from several blocks away.

“With the diversity of students at Penn State, seeing an event like this happen and seeing so many people celebrating who they are, it was just really special to witness,” Houser said.

“You can just tell the atmosphere is special and it’s different — everyone seems to be having a lot of fun," Houser.

Vendors were contacted by organizers who were then able to coordinate with the borough and Vercillo regarding festival details, according to Ramirez.

Kenia Rofalen is part of a team of managers at Rey Azteca Mexican Restaurant and volunteered time at the festival as a street vendor for the day.

“A lot of people don’t know that we sell more things than just food,” Rofalen said. “We are a family-owned business, and we take deep pride in staying true to that title, but it does not mean we won’t branch out when we can.”

Rofalen said one of the most important things the restaurant does year-round is selling handcrafted items from Mexico.

“What better items to sell at the first Latin festival than items that represent our heritage?” Rofalen said. “Showcasing everything in this way and letting people know about all that we sell, it really makes us proud of where we come from.”

Jessica Velez-Aviles is a graduate student and president of Boricua Grads at Penn State, an organization on campus that set up a table at the festival.

“We heard that the festival was going to become a thing and immediately thought it would be a great opportunity to have a booth,” Velez-Aviles said.

Velez-Aviles said the transition between Latin culture and State College can be “challenging” without support, noting organizations like Boricua Grads really helped her.

“I’ve been here the past three years, and it's only this year that I feel I’ve finally found the Latin community that I needed,” Velez-Aviles said. “It really can make a difference, having events like this where we can connect with other Latinos. It was long overdue.”

Velez-Aviles said she hopes the event will continue in the years ahead, citing the wave of new students each semester as an important factor for the Latin community to be aware of.

“It’s all about finding others who understand our representation in this community, and that can come from a variety of different backgrounds,” Velez-Aviles said.

For now, Ramirez looks to use the experience as motivation to do more to celebrate culture and diversity in the Centre County region.

“This festival represents what having a Latin community in our town really means,” Ramirez said. “We’re loud and we’re proud, and it’s all for the culture. Most importantly though, it's for our future, and I couldn’t be more excited to keep it going.”

ALDI Grocery Stores will open a new location on 1790 N. Atherton St. in State College, on Oct. 28, according to a release. However, the locati…

For some, working at Baby’s Burgers and Shakes in downtown State College was a job that made ends meet in college.

Penn State Homecoming held its annual Allen Street Jam as part of its weeklong lineup of activities and events.

Anjelica Rubin is a borough reporter for The Daily Collegian. She is a sophomore studying broadcast journalism with a minor in political science.