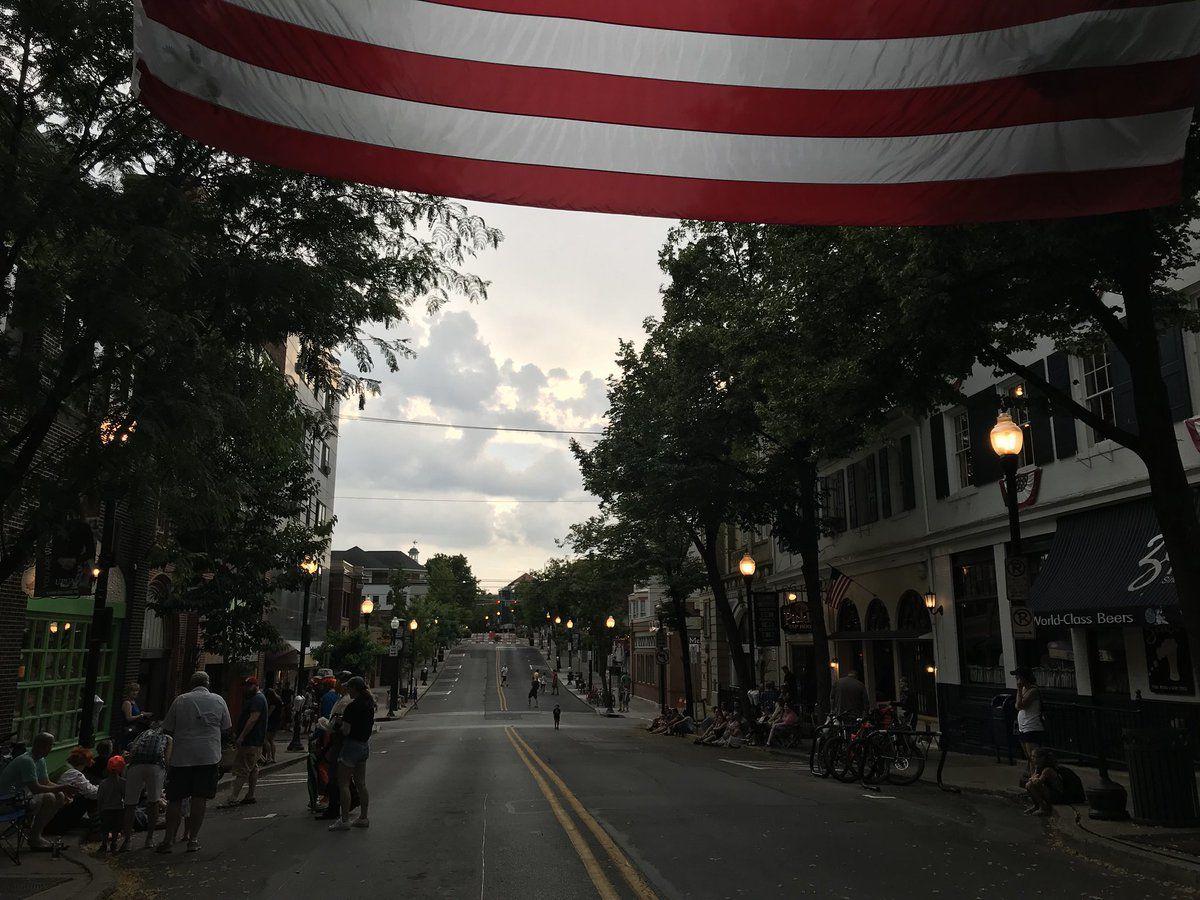 "Summers on Allen" is officially a go.

After months of deliberation, grappling and a previous rejection vote, the State College Borough Council voted to approve the proposal at its meeting on Jan. 13. The proposal will close part of Allen Street for two months in the summer to turn it into a pedestrian plaza.

The proposal passed in a 4-3 majority after a nearly four-hour long meeting, which officially adjourning at 10:48 p.m. It was one of the longest borough council meetings in recent years.

Summers on Allen will turn the 100 block of Allen Street into an “inviting and engaging” pedestrian plaza with seating, landscaping, a play area for children, a small stage and painted crosswalks.

Centre Foundation, along with an $135,000 grant from the Knight Foundation, proposed the idea in a presentation at the council's Oct. 14 meeting. At a public hearing on Dec. 2, members of the community expressed both support and opposition to the proposal.

At the council’s Dec. 16 meeting, the council voted 4-3 to reject the proposal, as previously reported by The Daily Collegian. Two of the dissenting majority votes, David Brown and Catherine Dauler, have since been replaced by council members Peter Marshall and Deanna Behring.

The proposal was revived by the newly sworn in borough council at its first meeting of 2020 on Jan. 6 for a vote under Charter Rule 504. The rule gives councils the authority to enact, demand or repeal all ordinances or resolutions, and the option to vote again on an issue.

Newly sworn-in Councilman Peter Marshall took nearly 30 minutes to propose an amendment to adjust the dates and times of the closing of the street — however, that amendment was almost immediately voted down to return to the original vote at hand.

Before taking the vote, a nearly two hour public hour hearing took place, with residents and business owners sharing their opinions on the proposal as well as the vote.

The key comparison made throughout this process was that this closing will be like the closure of part of Allen Street during Arts Fest in June.

According to some business owners, that one week is tough enough for their businesses in terms of sales.

Stephen Albert was strongly against the proposal, saying closing Allen would mean “death” for his business. He is owner of Connecting Point, a computer repair shop located at 135 S. Allen St. next to Champs.

“It will shut down my business. For you to do this for eight weeks, it’s gonna be death for a business like mine,” Albert said. “It will hurt.”

Albert cited concerns that because there would be no parking close to the area, people would not be willing to bring their heavy electronic equipment to be repaired.

Parking for many residents and business owners, as well as some borough council members, is one of the biggest concerns regarding the closing of the street. Allen is one of the few streets from Beaver to College that has parking on both sides of the street.

However, Councilman Evan Myers, who voted in favor of the proposal and put forward the motion to reinstate it at last week’s meeting, pointed out that there are three full scale parking structures within a half mile of Allen Street.

Another concern for many was the seeming lack of programming and events that were set to be scheduled, with some saying that closing the street for 24 hours a day for potentially only two hours of programming was not worth it.

Brad Groznik of Groznik PR, the company that is behind the Summers on Allen programming working directly with Centre Foundation, said it’s tough to have anything concretely set up because the plan had not yet approved.

He compared it to having to plan a wedding without a venue.

Fake fliers, designed to give residents and council members a better idea of what to expect in terms of daily programming, were handed out at Monday’s meeting and posted on Twitter.

Curious what a week at Summers On Allen will look like? Here's an imaginary flier! The borough council is voting on the project at 7pm tonight in Room 304 of the State College Municipal Building, 243 S. Allen St. If you're available to show your support, please come! pic.twitter.com/FH6Z0iPlGz

“It’s a range of family-friendly events, kids events, senior citizens events, young professional events and the like, taking place throughout the day,” Groznik said. “We imagine working with a lot of the downtown businesses and nonprofits.”

Matt Kisenwether of Rapid Transit Sports, also located on the 100 block of Allen, spoke to the council to voice the store’s concerns regarding the plaza.

Kisenweather pointed out that the council had not approved an exact budget to go alongside the vote, which he believes warranted a delay.

“How are you not concerned by this lack of information, and how do we know if this money will be used correctly, if we cannot see the budget?” Kisenweather said, referencing the $135,000 grant from the Knight Foundation. “You are voting on a project that has no plan, has no budget and is incredibly controversial.

“The businesses need to be told exactly what is going on. I hope you delay this vote until you have the information needed to make an informed decision. This is not a vote that should be made in haste," he said.

Councilman Dan Murphy, who voted in favor of the proposal, chose to address some of the previously laid out concerns in his closing statements before the vote.

“It is disingenuous to suggest that there’s no plan here. In my two years here on council, this is possibly one of the most vetted plans that has come before us,” Murphy said.

Not all downtown businesses were against the proposal, as many shop owners both on Allen and outside the street spoke to council to support the proposal.

Geoff Brugler, owner of Appalachian Outdoors at 123 S. Allen St., expressed his support for the proposal.

“Let’s give this a try. Business is pretty challenging, and I think we need to expand our vision,” Brugler, who has owned the store in State College since 1974, said.

He said last June was the slowest June he had ever seen in downtown State College, and said the borough could have closed the street with little to no impact.

Many of the business owners who spoke cited this same issue of business halting in the summer months, which is why the "Summers on Allen" proposal came about in the first place.

“I think it’s important to say that the fact this is being proposed in the business district is the point,” Murphy said. “You don’t create pedestrian plazas in places like this and places that people aren’t already going,”

Amy Frank, chair of the Retail Advisory Committee and owner of The Makery on Calder Way, spoke on behalf of the committee in full support of the proposal. She said the committee would do anything in its power to help out with the plaza.

The teams behind the proposal now must provide the council with performance measurement methods and standards by March 1.

Another high rise apartment complex may be in the works for downtown State College.