You are the owner of this article.
Edit Article Add New Article
You have permission to edit this article.
Edit
Home
Latest
News
Sports
Football
Opinion
Lifestyle
Multimedia
Join
Subscribe
Borough • Click for more stories •
1 of 2 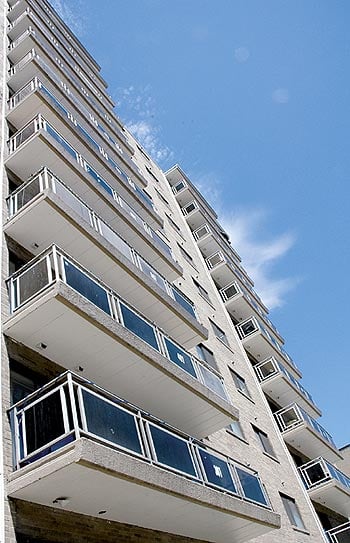 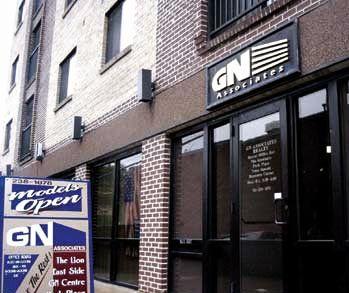 Many students were left with unneeded housing contracts after Penn State switched to remote instruction for the remainder of the spring 2020 semester due to the coronavirus pandemic.

That's why one Facebook group — PA Off-Campus Relief — and its corresponding Twitter account — @PAOffCampus — were created by the parents of students at Pennsylvania colleges to help them out financially. The Facebook group’s description states that it is a coalition seeking rent relief for students "in light of the global pandemic.”

Sharon Mayer is one of three parents who initiated the effort. Her daughter, a rising Penn State senior, was living in O’Brien Place Apartments in downtown State College when the university announced its switch to remote learning and her son, a 2020 Penn State graduate, was living in Greenwich Court Apartments.

Mayer said the management company for O'Brien Place, Associated Realty Property Management, has not disclosed the identities of most of its owners, meaning there’s no way to directly contact them to ask for rent relief.

When Avery Everett began her internship with the Office of Physical Plant at Penn State, she…

However, Mayer said she paid for “NeighborWho,” an online way to access tax records. According to her findings, some of the landlords for State College apartment complexes are local politicians, university board members and hedge fund managers — all people who she said are capable of giving concessions to students.

“[More students than we know] have lost their on-campus jobs, parents have lost income, family members have gotten ill and they’re not shouldering any of the burden,” Mayer said.

Similarly, Robyn Kusner is a parent of a 2020 graduate who was living in an off-campus townhouse this past academic year.

Kusner said she joined the fight for “fair rent” because she thinks rental practices in State College, as well as in other college towns, are unjust. Students who live off campus often have to sign leases up to one year in advance of the lease’s start date — something Kusner said is “crazy.”

“It’s really insanity,” Kusner said. “We get that [landlords] have bills, too. We get that they have financial responsibilities. We were asking for a small concession to share the [financial] pain, just something to alleviate pressure for everybody. They refused to give in.”

Both Mayer and Kusner have reached out to PA Attorney General Josh Shapiro, Penn State and rental companies in State College. They haven’t been successful in obtaining any rent relief during the pandemic.

“What [the landlords] are doing isn’t illegal,” Mayer said, adding that their newest goal is to adjust leases to better protect renters in cases of medical issues. “I would like to see, morally, the university put a little bit more pressure on these landlords to do the right thing.”

Some rental companies are offering tenants concessions, however.

For instance, the Meridian on College Avenue — managed by McKinney Properties — is offering a $150 rent reduction to the first 50 tenants who move out of their units by June 31, a few months early of their leases.

Additionally, The Meridian requires tenants to have their units professionally cleaned at the end of their lease terms. It offered the first 15 tenants a free carpet cleaning if they moved out by July 1.

Kristen Holzwarth — the Associated Realty Property Management property manager — said via email that many tenants have, in fact, received concessions in light of the pandemic.

On Wednesday, the Pennsylvania Department of Education released its guidelines for reopening…

“[ARPM manages] these properties for other people, so we don’t have the authority to give rent concessions unilaterally,” Holzwarth said via email. “It’s an individual owner’s decision.”

Holwarth said she estimates over 1,000 — or 25% of tenants — “have received some kind of a rent concession.”

In an email ARPM sent to tenants, the company addressed PA Off-Campus Relief’s concerns. The statement said ARPM agrees with the potential safety issues presented by typical move-in and move-out procedures, which it said it has made a priority to coordinate.

Part of the statement addressed the government relief funds distributed to the company.

“We note the letter [sent by PA Off-Campus Relief] asks for disclosure of relief funds and asks that any funds received should be shared with residents,” the statement reads. “The purpose of the relief funds, as specifically stated in the act, is to help keep staff employed and not designated to provide relief to residents. The government established other programs to help citizens in need such as the stimulus checks and the expanded unemployment benefits.”

The statement concludes by assuring ARPM is committed to supporting public health, safety and “one another.”

Siddharth Almeida lived at Allen Park — owned by Continental Real Estate — this past academic year. Almeida (senior-political science) is an international student from India and can’t currently return home amid the pandemic.

He joined the PA Off-Campus Relief Facebook group because he shared the frustration of other students and their parents paying for utilities and rent for unused housing.

“These landlords are getting [government relief payments], so they’re just making double the profit over other people’s hardships,” Almeida said.

While the coronavirus pandemic has dampened almost everyone’s summer plans, it has not stopp…

Almeida has not received any rent relief from his landlord and doesn’t know anyone who has. He is only aware of one man who was able to get his security deposit back.

“A lot of people can’t handle the hardships [because of the pandemic],” Almeida said. “They act like they’re doing us a favor by allowing us to live in our own housing, but no. We’re paying for it… the cavalier attitude that they have is so frustrating.”

In terms of coming back to campus this fall, Almeida said he and other renters are concerned for their own safety with regard to apartments’ sanitation practices — another reason he hopes some sort of rent relief is given to tenants.

Continental Real Estate did not immediately respond to an email request from The Daily Collegian asking for comment.

Members of the group are now attempting to get some sort of rent forgiveness for the month of July — something they’re calling the “July Jubilee.” This means renters would cancel July’s rent; publish move-in and move-out safety plans assuming students return to campus in the fall; offer concessions like the return of security deposits, utilities and amenity fees; and disclose the status of CARES Act and coronavirus relief funds with tenants, according to a post in the Facebook group.

The group has also created a petition for fair rent — which has over 1,700 signatures as of Tuesday — and shared an off-campus housing survey to gauge renters’ attitudes toward obtaining rent relief.

On Thursday, May 21, the University of California Board of Regents “unanimously approved” the suspension of SAT and ACT score requirements for…

When many Centre County residents began to experience hardship due to the coronavirus pandemic, some graduate students decided they needed to …

In 2015, local philanthropist Don Hamer gifted $1 million to the residents of Centre County in case of a natural disaster — but he would never…

Penn State announced Sunday that it will reopen for in-person instruction during the fall 2020 semester, according to a Penn State News release.

Erin Hogge is the news editor of The Daily Collegian. She is a junior studying digital and print journalism, and history.