You are the owner of this article.
Edit Article Add New Article
You have permission to edit this article.
Edit
Home
Latest
News
Sports
Football
Opinion
Arts
Multimedia
Join
Borough • Click for more stories •
1 of 3 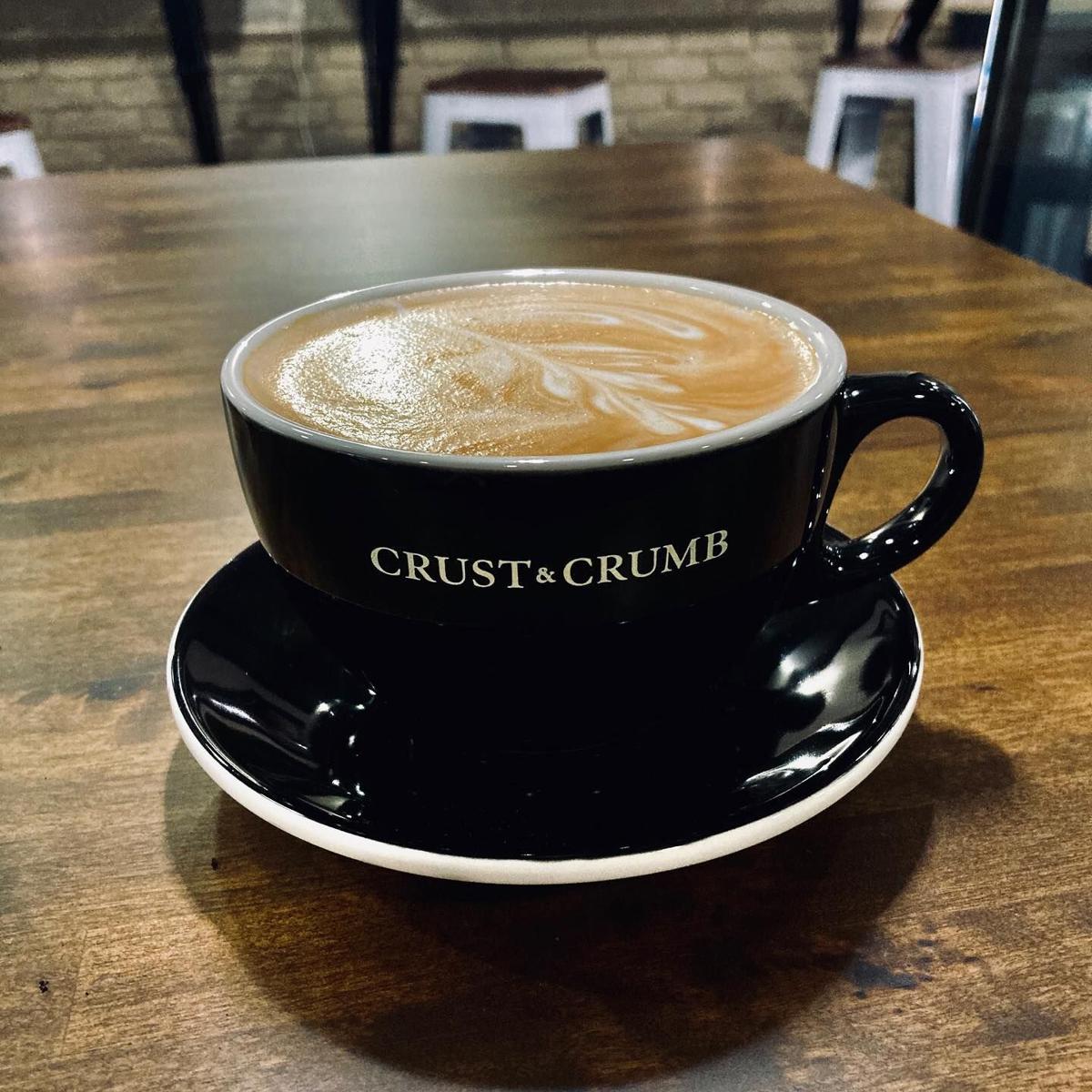 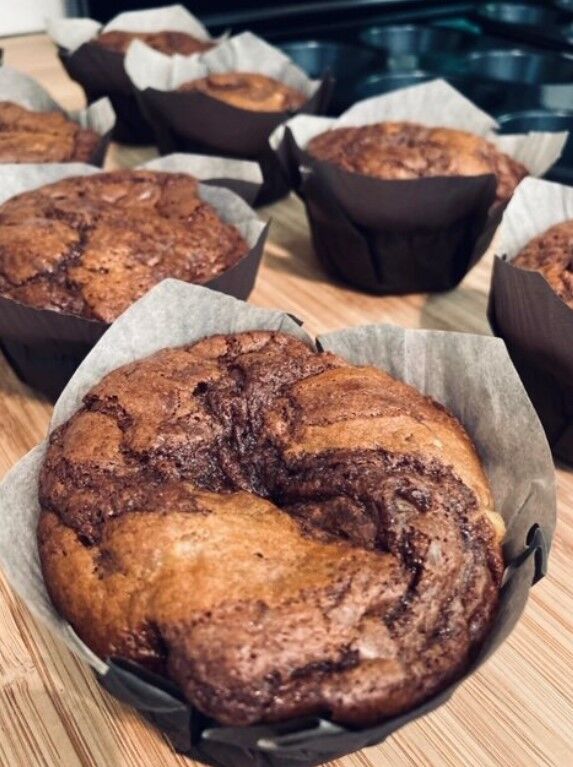 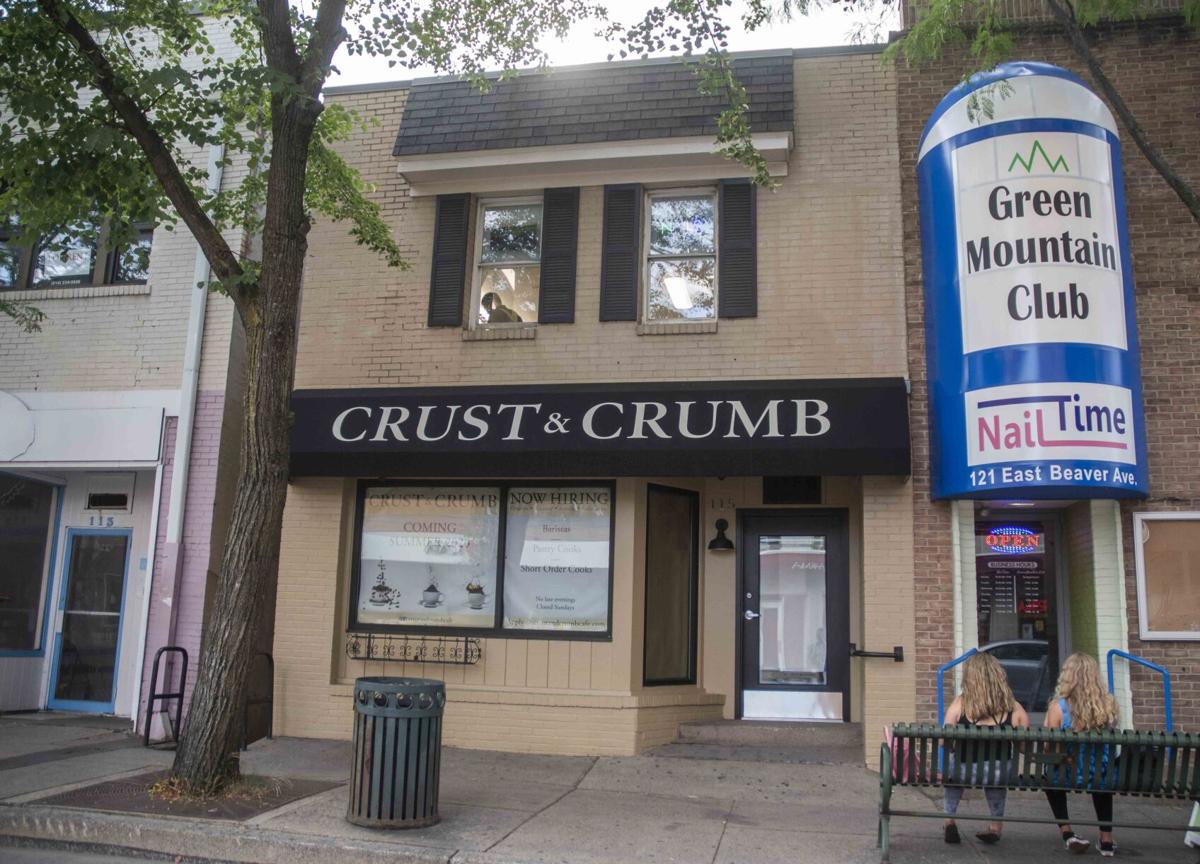 After 15 years of working as a structural engineer, Penn State alumna Amber Winkler is returning to State College to pursue her passion of culinary arts and baking by opening her own restaurant, the Crust & Crumb Cafe.

Winkler graduated from the Penn State College of Engineering in 1999 but said the culinary arts have always served as a “creative outlet” for her. She then left her job of structurally designing bridges to study at the Pittsburgh Technical College’s American Academy of Culinary Arts.

Winkler added that although engineering and the culinary arts seem like quite different subjects, she often relies upon the problem-solving skills she learned at Penn State and in her former structural engineering career to succeed in the kitchen.

While working toward a culinary degree in French cuisine, as well as a baking and pastry certification, Winkler said the end goal was always to return to her hometown and start her own business.

With this in mind, Winkler said she began looking for a location to open a business at the beginning of 2019, but was initially unable to find a place that fit her vision. After coming across a small cafe space on Beaver Avenue in downtown State College six months later, however, Winkler said she was drawn to its charm and potential.

According to Winkler, it was the discovery of this location that sparked the concept for the Crust & Crumb Cafe, which she referred to as “artisan-inspired” and “a hybrid of classical and quirky.”

Although she is still in the menu-development stage, Winkler said the cafe will specialize in scratch-made pastries, signature coffees and gourmet deli sandwiches to ensure they are “doing everything crust and crumb.”

She added that the cafe’s menu will be free-flowing, meaning that it will be different each week to include new ideas. Menu changes depending on the season can also be expected, according to Winkler.

She also wants the cafe to focus just as much on the pastries and other food items as the coffee by making small batches of unique recipes from scratch.

“We want to take things that people already know and put a twist on them,” Winkler said.

To add to her own menu ideas, Winkler is working on partnering the cafe with other businesses that have “good stories” behind them. So far, this includes “Uglies Potato Chips,” a business that decreases food waste by using potatoes that have been rejected due to minor cosmetic imperfections, and “Teapigs,” a company that specializes in unique tea flavors.

The cafe’s placement at 115 East Beaver Avenue also allows for an open-concept restaurant, which Winkler said will allow customers to see a little bit of each aspect of Crust & Crumb’s operations — including the cooks icing pastries, the baristas making coffee drinks and the chefs working in the kitchen. Winkler also said the glass and refrigerated pastry cases will give customers a good view of all of the food being offered that day.

Winkler said the goal is to make the Crust & Crumb Cafe as inviting as possible.

“We are 100% guest-focused,” Winkler said. “It’s important for us to be welcoming to our guests.”

Winkler said the cafe — which is set to open from 7:30 a.m. to 4 p.m. Monday through Saturday starting the week of August 23 — is intended to target the morning crowd, which she thinks will help balance out the high volume of afternoon-to-evening restaurants in State College.

Winkler signed a lease for the Beaver Avenue space on February 13, 2020 and started arranging for contractors to renovate the space. When the coronavirus pandemic hit, however, the contractors could no longer work.

Rather than delaying the renovation, Winkler and her husband took on most of the work themselves, leaving a few tasks to professionals when they did not have the proper equipment.

According to Winkler, preparing the cafe for its opening day amid the pandemic came with several challenges.

Since Crust & Crumb is not yet an official business, she could not take advantage of federal aid that was being offered to small business owners. Because of this, Winkler said she had to find new and innovative ways of handling the pandemic’s impacts on her own.

Winkler said she was already learning by trial and error as an entrepreneur, and the pandemic only added to this uncertainty and experimentation.

“You have to have a lot of grit and tenacity to be a first-time business owner in a new community, especially when paired with COVID,” Winkler said.

Despite these difficulties, however, Winkler said the State College Borough and Centre Region Code Administration provided strong support to keep the creation of the Crust & Crumb Cafe moving forward.

Since she has seen other members of the restaurant industry express concerns about the pandemic’s effects on their own businesses, Winkler said she will have to consider and work around these impacts upon opening the cafe while following Centers for Disease Control and Prevention guidelines.

In order to maintain a safe environment at Crust & Crumb, as well as set it up for a successful opening, Winkler said she plans to focus on grab-and-go serving, offering a contactless payment method and frequently cleaning commonly-touched surfaces.

Culinary instructor David Russo — who taught Winkler during her time at the American Academy of Culinary Arts — said that despite the challenges presented by the pandemic, he believes the cafe will be successful.

Russo said that although Winkler will have to work hard as an entrepreneur, she has proven herself a strong culinarian who is willing to learn from her mistakes. Russo said Winkler always “got the best out of the people she worked with.”

On the weekend of what would have been the Central Pennsylvania Festival of the Arts, Penn S…

“I hope the support [for the cafe] is there, because if the support is there she will be successful,” Russo said. “She will be very good at what she does, and she already is.”

Schrenk said she is sure Winkler’s mathematical, strategic mind and work ethic will make her a successful business owner.

“I know a lot of people that get into the restaurant business aren’t prepared, but that is not the case with Amber Winkler,” Schrenk said. “She is one amazing lady — a true powerhouse.”

In the cafe’s early stages, Winkler said she hopes to give the community the best quality products possible, as well as foster a welcoming environment through the small, personal size of the location.

“We’re starting small, and it’s not always bad to be small,” Winkler said. “I want to keep an inviting and quaint atmosphere, but I’d like to see us grow a little bit more.”

For now, Winkler said she is pleased to be on Beaver Avenue to serve the surrounding area and is grateful for the support the community has shown her so far.

“We’re really excited to be a part of the Penn State and State College community,” Winkler said. “Through COVID, everyone has been so supportive. It’s a strong community and I know we’re going to bounce back from this.”

Prior to Penn State students moving into off-campus housing, Penn State and the State Colleg…

Quincey Reese is a cops and news reporter for The Daily Collegian. She is a sophomore majoring in digital and print journalism and minoring in psychology.