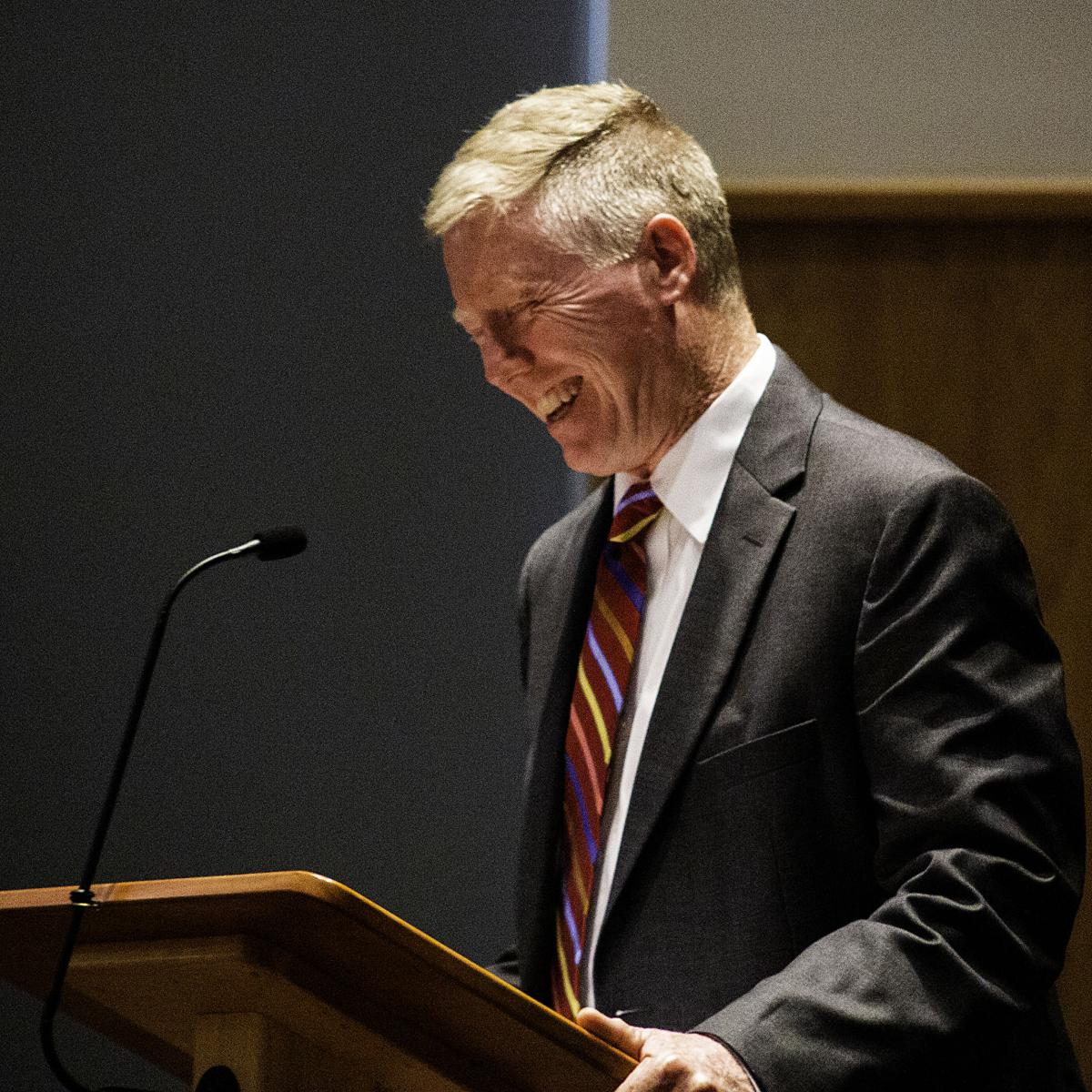 Christopher Gibbons, of Lancaster, laughs while standing at the podium in the Municipal Building during the Borough Council Meeting held on Monday, August 5, 2019. 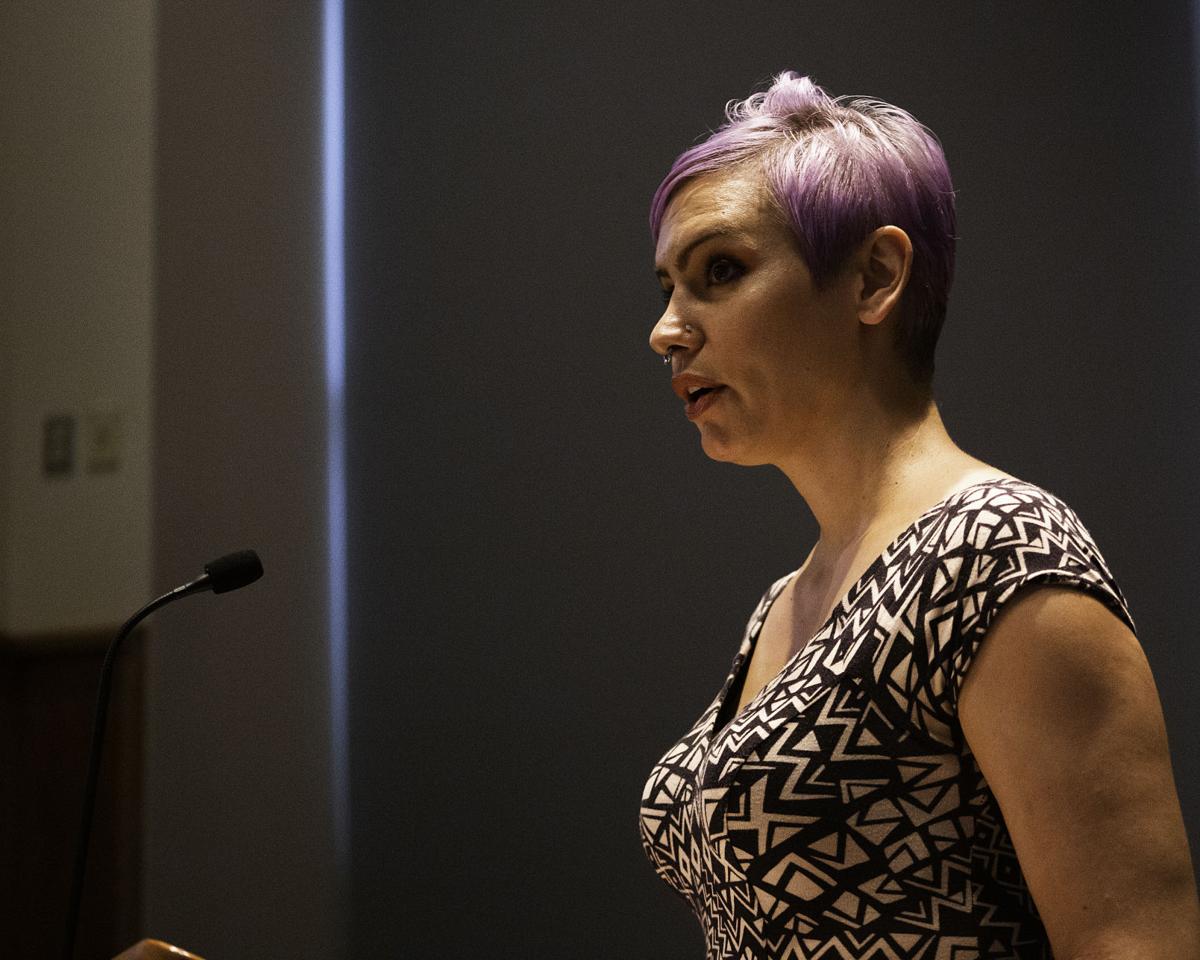 Melanie Morrison, of Millheim, speaks at the podium in the Municipal Building during the Borough Council Meeting held on Monday, August 5, 2019.

For many students, local politics may seem unimportant in comparison to congressional or presidential elections, but they may have more of an impact than some might assume.

With the impending municipal election on Nov. 5 in State College, three presidents of campus political organizations shared their thoughts on the significance of smaller elections.

“[Lack of knowledge] has been an essential challenge of my presidency this year,” Denny (senior-political science) said. “The [upcoming State College election] has been stepped all over by the 2020 presidential election.”

Additionally, Denny said there are many students who feel as though they don’t live in State College because they’re “just students.” However, she said this belief is misguided.

“The people we elect in these positions have the most direct stake in our lives while we are Penn State students,” Denny said. “Penn State is where we invest our lives and we should be electing the people who are going to benefit us and help us along the way.”

Noting the fact that students may vote in their state’s elections while at school in Pennsylvania, Denny emphasized her encouragement for students to register to vote in Pennsylvania rather than in their home state.

“If there is an election in your home state that matters to you then absolutely vote in your hometown,” Denny said. “But you live here at Penn State nine months out of the year. We should be electing the officials who affect our lives [here].”

Similarly, Max Myers, president of the College Republicans, said students don’t like to get involved in local politics in State College because they view being a student as a “temporary situation.”

“Maybe students have things going on at home that they’d like to be a part of or they plan to move back [home] so they keep their registration there,” Myers (senior-political science and economics) said. “It’s definitely important within State College, especially if you’re living off campus things like housing costs and zoning laws...to vote in your local elections.”

Adding to the issue, Myers said there is a lack of knowledge surrounding how to change one’s voter registration location, or the fact that one can change it in the first place.

“The organizations on campus...that are really pushing to disseminate that information that it is possible to change your registration,” Myers said. “All of these organizations are more than helpful and more than willing to go out and help those students...I think that’s a great thing.”

Myers said the College Republicans are working to inform student voters of the issues on which they will be voting.

Rafay Nasir, president of the College Independents, said students should participate in local elections because they are “arguably far more personally valuable” than national and state elections.

“Local elections dictate what will affect your life on a daily basis,” Nasir (junior-biology) said via email. “Many issues that voters find important may have the most viable political window in local elections.”

Using State College as an example, Nasir said the Borough Council “plays a major role” in issues of utmost importance to many students, including parking, policing and community atmosphere.

“The Penn State College Independents encourages everyone to register to vote and cast an informed vote in your local elections,” Nasir said.

Voter registration processes vary from state to state and information about how to register to vote in one’s local elections can be found on that town or city’s government website.

Those eligible may register to vote in Centre County elections online, in person at the voter registration office — Willowbank Building, 420 Holmes St., Bellefonte — or by mail to the same address.

To vote in a Pennsylvania primary election, one must be registered to vote with a certain political party, a task completed on the registration form. A student ID is an acceptable form of identification to bring to the polls on voting day.

To Andrew Church, the beauty of Penn State’s College Independents lies in its open-minded culture.