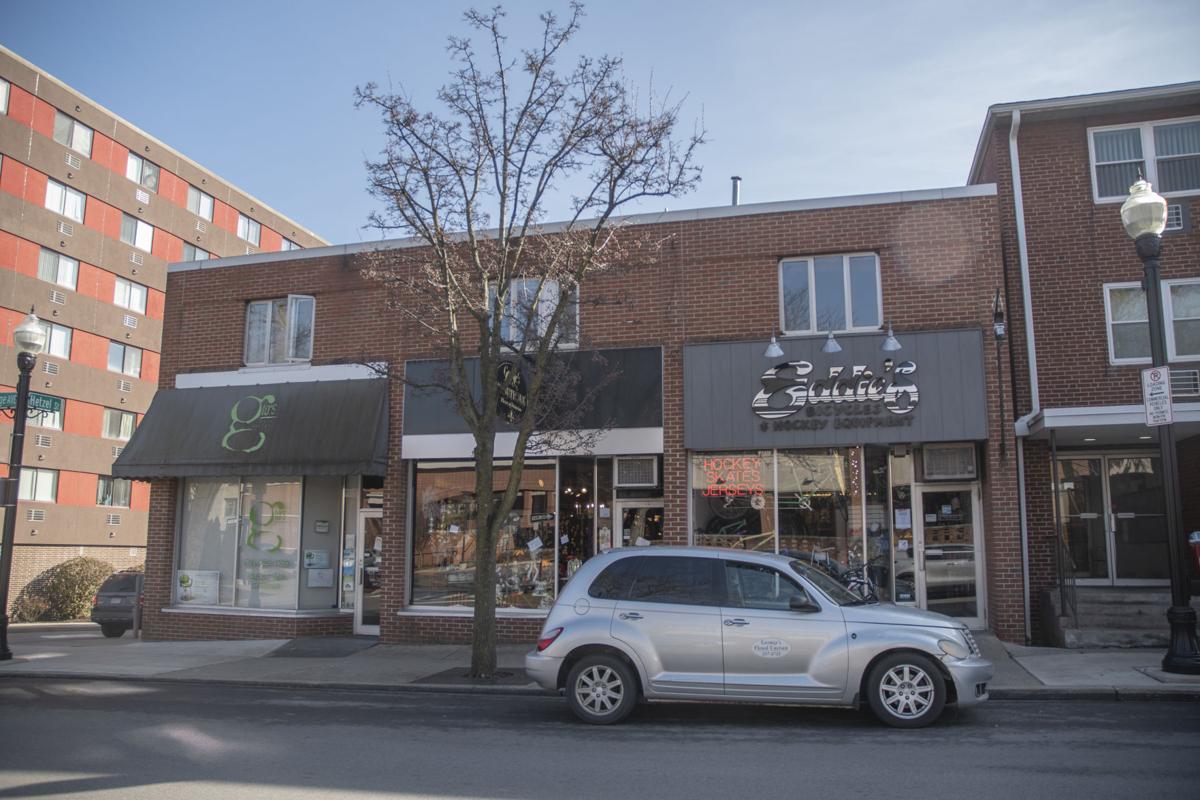 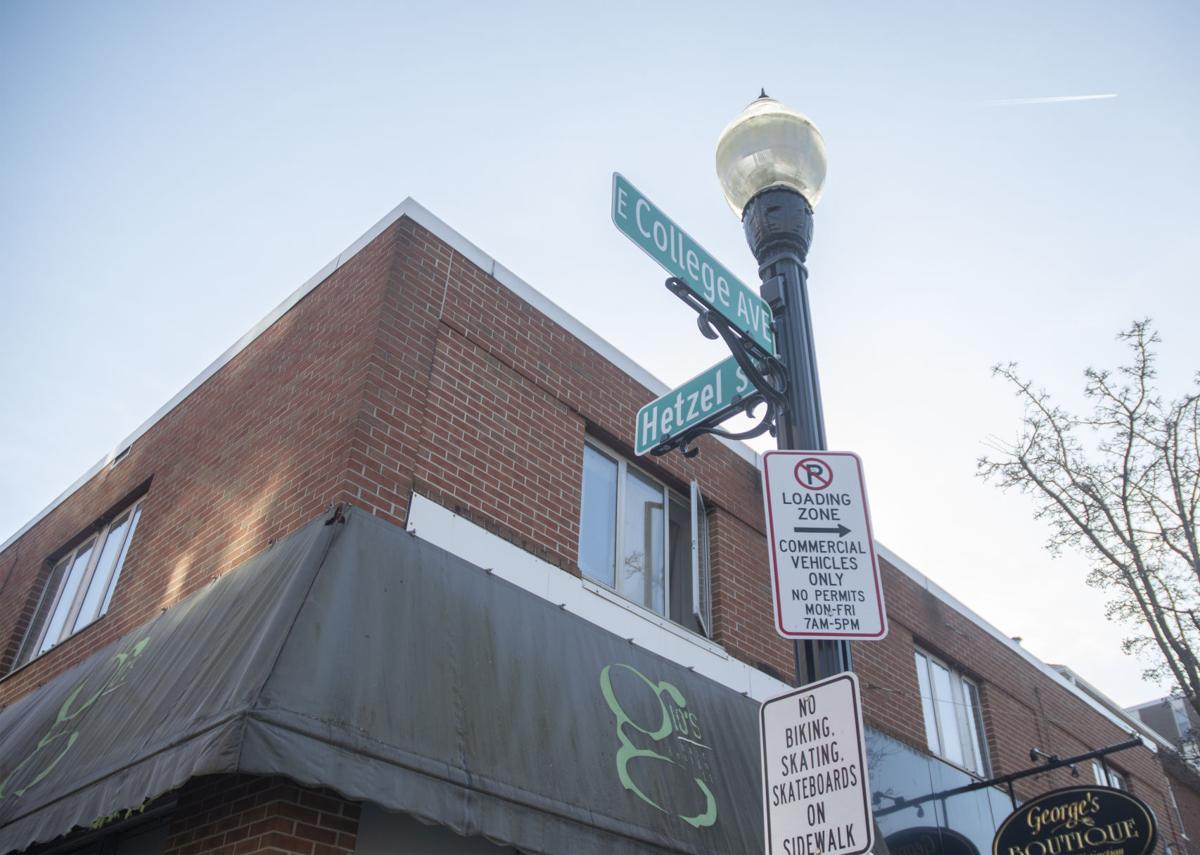 Another high rise apartment complex may be in the works for downtown State College.

At its Jan. 13 meeting, the State College Borough Council proposed plans of a new "multi-family" mixed-use apartment and retail complex on the corner of College Avenue and Hetzel Street downtown.

Chicago-based developer Core Spaces is behind the proposal and submitted preliminary plans for the building in November. The company also purchased five other downtown apartment buildings in October 2019, as previously reported by The Daily Collegian.

The proposal is for a 151-foot, 12-story mixed-use facility, with two floors for non-residential use and 10 floors for apartments.

The first floor of the new complex would be intended for retail space, with the second housing offices and possible additional retail space.

Each apartment floor would contain 13 units totaling up to 135 units, according to Jeff Zelisko, design architect with Antunovich Associates, which proposed the logistics and numbers to the council.

The total residential square footage would come out to 181,318 square feet.

The units would all vary from one, two, four and five-bedroom apartments, which would total up to 493 beds, Zelisko said.

“[It’s] a very broad mix, really to be able to hit on different price points,” Zelisko said on the variety of apartment types.

There would be no balconies, with operable windows opening to a four-inch limit.

The top floor would contain a pool terrace — a first for downtown State College. The terrace will be set back from the edge of the building, so it can’t be seen from street level. It would be pushed back considerably from the top floor’s edge so there’s no street view from the top, either.

"Summers on Allen" is officially a go.

Councilman Evan Myers said he is not opposed to a pool, but wants to ensure the right precautions are being taken when it comes to its positioning on the roof.

“I think that we need to understand some way to mitigate the impact the noise and to make sure it’s far enough away from any edges that nothing unsafe can occur,” Myers said.

Councilwoman Theresa Lafer added she believes the proposed building is "very attractive" and that the buildings currently occupying that space are old and need to be replaced.

While she said the proposed building is higher than she'd prefer, she said it is not "so big that it feels like it’s going to overwhelm."

The building is set to include three levels of underground parking, with 172 spaces in total and up to nine spots for retail tenants and the public.

However, the parking lot's plans do meet the minimum number of spots required. The borough council raised questions about 172 spots with nearly 500 potential tenants.

“I realize that this is not specifically [Core Spaces'] problem, but I think that part of the problem for the borough is where we’re going to put the other 300 cars,” Lafer said. “I don’t know that there’s any way you could increase the amount of parking, but I do see that as a potential problem for you. Move-in days would be a horror under those circumstances. The parking spaces or the lack thereof concerns me.”

Core Spaces aims to additionally develop a wider street-level sidewalk setback toward the building past the usual minimum requirement of 25 feet.

“One of the things I’ve been most interested in any new building construction downtown has been the streetscape and the ability for sidewalks to be much wider downtown,” Councilman Evan Myers said. “We are an ever-growing density of folks who are walking around downtown.”

Myers cited concerns about construction projects currently underway on Beaver Avenue with closed or dangerous sidewalks. He thanked the developers for planning a wide sidewalk during the potential construction process.

“I think that will be very helpful, and I wish that other folks who develop buildings downtown would do the same,” Myers said.

Who it’s marketed to – and if that matters

Core Spaces pitched the complex to the council as a "multi-family" residential complex, which was immediately called into question by members of the council.

Councilman Peter Marshall was the first to ask the developer whether he knew how many students were planning on renting units, to which the developer could not answer.

Questions were raised about how Core Spaces was going to market the apartments to potential tenants.

“This is pretty much being designed despite saying multi-family residential apartments, it’s being designed as student housing,” Lafer said, citing the lack of balconies and limited operable windows. “Young professionals, families with kids, faculty who are moving here from elsewhere are not going to want to move in there if the apartments are filled with students — and, the students don’t want them there. I have been credibly told by some of my own students in classes that they do not like sharing their buildings with permanent residents.”

Councilwoman Janet Engeman echoed Lafer’s sentiments that these new, “very nice” apartments are most likely going to be filled with students anyway.

Myers disagreed with these concerns, however, saying it doesn’t matter who lives in these buildings.

Chip Schell, vice president of new business for Core Spaces, said Core Spaces is making an effort to market to the larger adult network that would want to live in downtown State College.

The marketing team will work closely with young professional organizations as well as the university to reach as broad of an audience as possible for potential tenants.

Core Spaces will continue to work toward meeting all criteria for conditional use.

The council will review a written decision on the conditional use for council, written by borough solicitor Terry Williams, at its Feb. 2 meeting. The decision will be considered for approval at the March 3 meeting.

This new project would be yet another new high rise luxury apartment building in downtown State College, with Here and Pugh Centre currently under construction and set to be ready for occupancy in fall 2020.

New State College Mayor Ronald Filippelli on housing, student life and his place in the community

Ronald Filippelli sat in his new office in the quiet administration wing of the downtown State College Municipal Building.

As more construction hits Beaver Avenue downtown, some repair work by PennDOT will spill over into other streets, with South Garner Street bei…