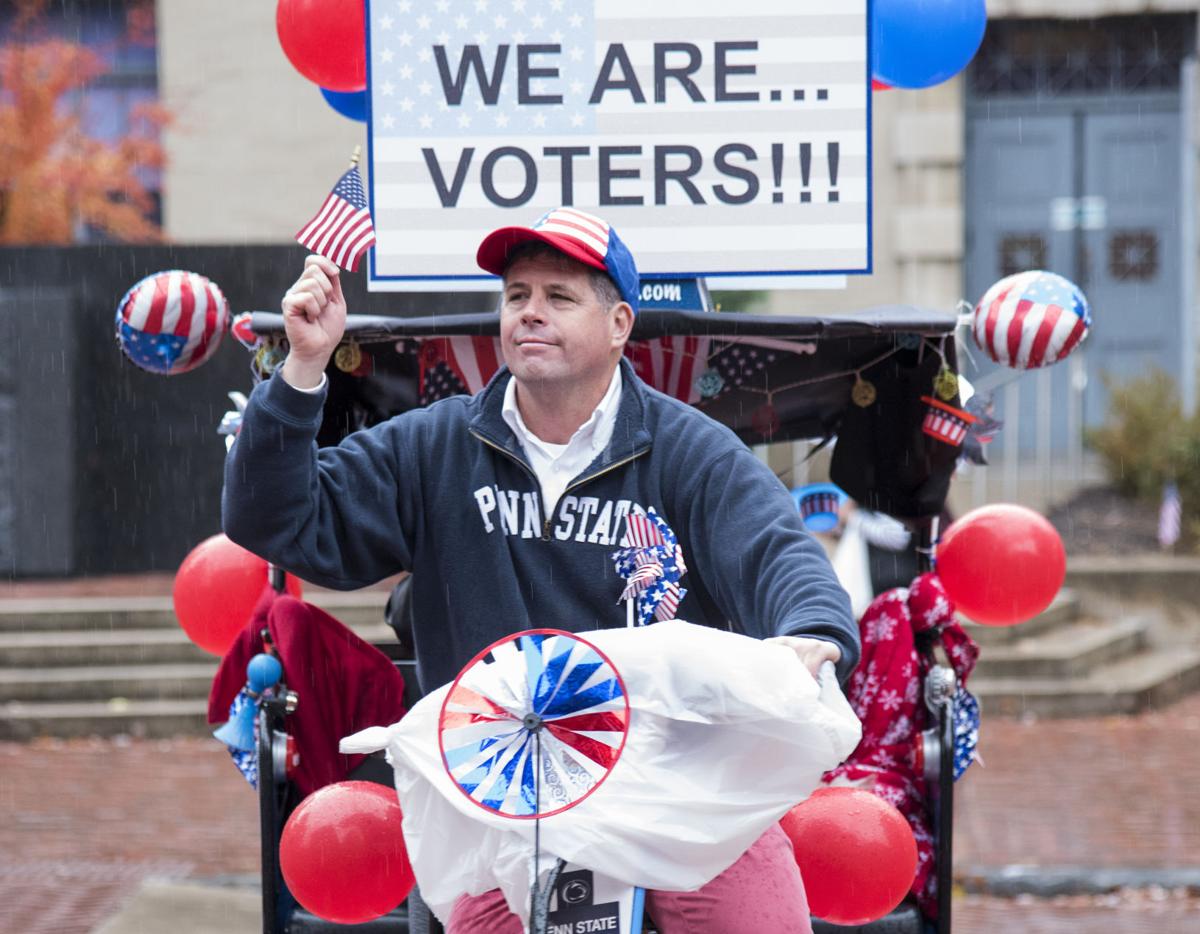 Todd Miner of Vamos! Lion Chariot rides his chariot bike around the voting information table outside of the HUB-Robeson Center on Tuesday, November 6, 2018. Miner is giving free rides on election day to help people get to their polling places. 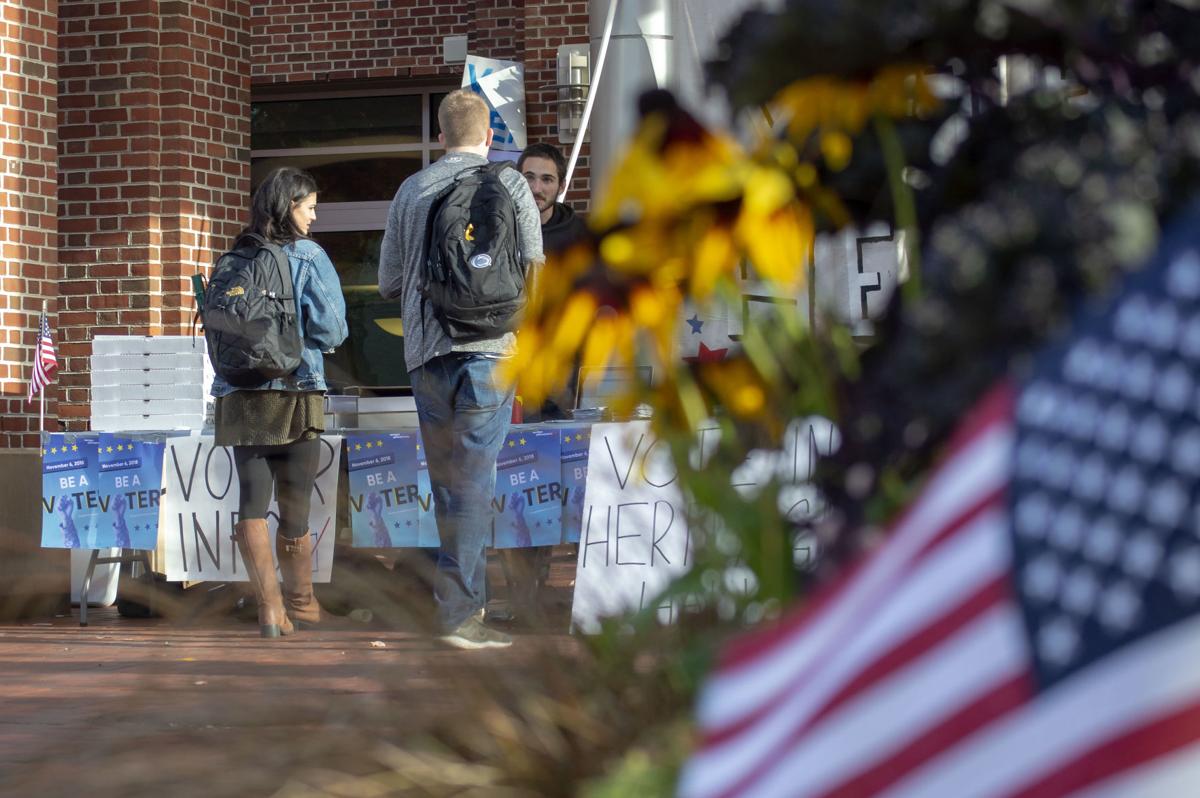 Students ask questions about voting or pick up free food after voting outside of the HUB-Robeson Center on Tuesday, Nov. 6, 2018.

On Tuesday, Nov. 5, the Pennsylvania general elections will take over the HUB-Robeson Center and downtown precincts from 7 a.m. to 8 p.m.

This year, PSU Votes Week is hosted by the University Park Undergraduate Association, the Center for Character, Conscience, and Public Purpose and multiple other student organizations have been pushing for civic advocacy ahead of election week for the past several months.

UPUA’s Chair of Government Affairs Committee Zachary McKay encourages students to utilize all of the resources PSU Votes Week has to provide until Election Day.

On-campus students, with the exception of residents in Atherton, Holmes, Leete, Robinson and Runkle Halls, as well as White Course apartments, can vote in the HUB. Signage will direct students to the polling location, which will either be Alumni Hall or Heritage Hall.

Those voting in the HUB can receive free food upon showing UPUA volunteers an “I voted” sticker.

“While voting cannot be incentivized, the UPUA will be hosting an Election Day event encouraging students to learn more about the candidates before they vote,” McKay said, “to spread the word about the election with their friends, and to celebrate our American right to vote with some free coffee, donuts, pizza, and Berkey Creamery ice cream in the HUB.”

Students that live off-campus and are registered in Centre County can check their polling location.

Additionally, McKay encourages students to visit psuvotes.psu.edu to further educate themselves as to why it’s important to vote, where to vote and how to make an informed decision.

According to Vote411.com, there are 17 races in Centre County.

Local offices that are open for election are below:

Centre County Board of Commissioners (Choose 2)

Individuals will also vote to pass or reject a proposed amendment to Pennsylvania’s Constitution.

The suggested change grants certain rights to crime victims including fair treatment, consideration of their safety in bail proceedings, fair and timely opportunity to take part in public proceedings, protection from the accused, right to refusal for discovery requests, restitution and return of property, no delay in proceedings and informing the accused of their rights.

Superior Court retention questions are asked on behalf of Judge Anne E. Lazarus and Judge Judy Olsen to see if they should be retained for an additional 10-year term.

Likewise, voters will be asked if Judge Kevin Brobson and Judge Patricia A. McCullough should be retained for additional terms on the Commonwealth Court.

Though local elections are deemed by some as perhaps more important than presidential elections, many Americans still do not exercise their ri…