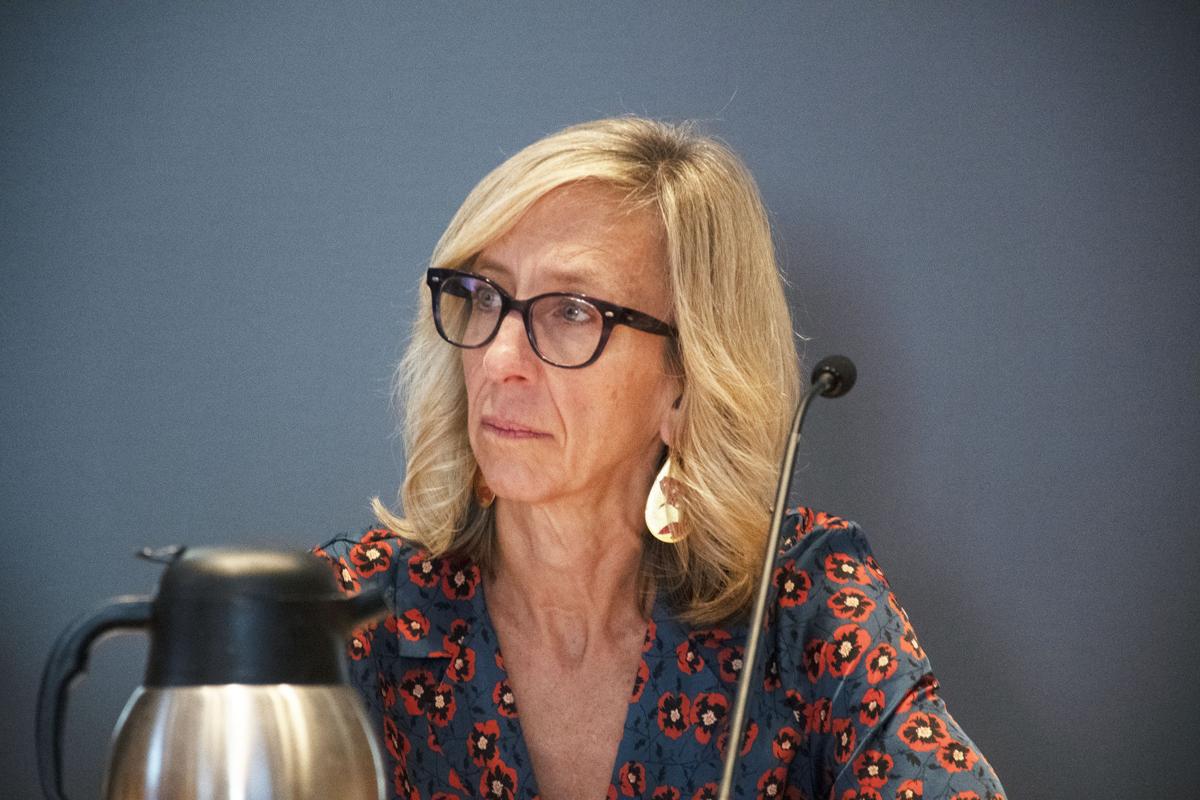 Council-Elect, Deanna Behring, listens during a special council meeting held at the State College Municipal Building on Wednesday, Nov. 6, 2019. The council meeting is held to discuss guidelines for interim mayor, including whether or not Penn State faculty are eligible 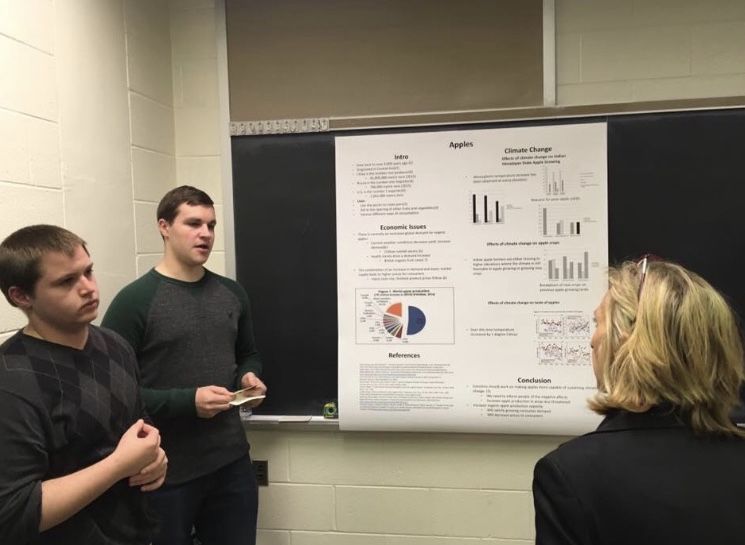 Deanna Behring, the assistant dean of the College of Agricultural Sciences, gives feedback to students during an introduction to agricultural sciences course.

Despite what the newly elected State College Councilwoman Deanna Behring described as “disheartening” events that took place on the global stage, she said she felt “energized by 2020” in the face of big expectations.

During the 2019 local elections, Behring, the assistant dean of the Penn State College of Agricultural Sciences, who previously worked as an assistant director in the White House and as an analyst for the Central Intelligence Agency, was elected as one of two council members on the State College Borough Council.

This past Monday was the first borough council meeting which Behring officially participated in, voting to pass the “Summers on Allen” project, despite facing some opposition from local business owners.

Behring initially started her campaign for borough council by consistently reiterating her so-called “three E’s:” the economy, the environment and equity.

When asked how she would now go about prioritizing those goals during her time as a councilwoman, she emphasized three primary areas of focus: economic innovation, facilitating a more united front to secure affordable housing opportunities, and realizing a long-term goal to mitigate climate change.

Behring has stated that within the next two years of interim Mayor Ronald Filippelli’s leadership, she said she hopes to further discuss the possibility of consolidating the revenue the borough receives from local organizations — including Housing Transitions and the State College Community Land Trust — and newly erected high rises to provide alternative housing opportunities for all.

“Right now, you have a number of different organizations who are doing their piece of the thing, and then there’s the issue of sticking them together like Band-Aids,” Behring said. “How could the State College Borough reinvest some resources from these fees that are being collected from these new buildings and overlay a process that will facilitate what these organizations are trying to do?”

Dr. Paige Castellanos, an assistant research professor in the College of Agriculture who has known Behring since her days as a graduate student, stated that she wants to see the councilwoman use her platform to address issues related to equity, including diversity and racial justice.

Behring also stated she hopes to encourage increasing civic participation and ensure that members of the State College community know that “there is a greater space and a friendly face” in the borough.

In the spirit of participation, Behring also emphasized her dislike of the long held assumptions and misplaced resentments that come with the notion of “Town and Gown” in the borough.

“It’s divisive because it comes from a time when academics were in their ivory towers and wore gowns and couldn’t do physical labor… Penn State is a really successful large university with 45,000 students and attracts a lot of resources and we have to acknowledge that… I came to Penn State University for a job, but I came to the State College community to raise my family. I’ve walked that line all along, so I hope to bring 20 years of experience at Penn State and 20 years of experience as a member of the community together and help bridge the conversation.”

Diana Malcom, the administrative assistant for the Sustainability Institute at Penn State, has stated that she looks forward to seeing the environment become more of a priority for the councilwoman.

Behring reinforced the importance of emphasizing implementation when it comes to mitigating climate change in the borough. When describing her response to the Sierra Club Initiative, which aims to eliminate greenhouse gas emissions by 2050, she said resolutions are easy.

However, she questioned how the initiative will be implemented.

“Are we making budget decisions to get us there? Are we making our investments? That’s the hard part – that’s probably a four year goal because that will take some time, but I need to start that this year because I’m looking at Australia burning, and so I think a little more action on that is something I’d like to start on this year,” Behring said.

As a self-proclaimed “data geek,” Behring wants to see all future projects, including the Summers on Allen project, equipped with more robust research methods so as to benefit the community both in the long and short run.

“I depend on data, and to be rational about what comes out in the end and I’ve had enough experience through my years that I can trust myself and I can trust that process, and it won’t be easy. I will lose sleep, I’ll probably cry because I cry a lot, but I do want people to know that I will be open, transparent, fair, rational and ethical,” she said.

Four State College Borough Council seats were up for grabs during the 2019 local election, a…

Noor Al-Ahmad is a politics reporter for The Daily Collegian. She is a senior studying political science and economics.