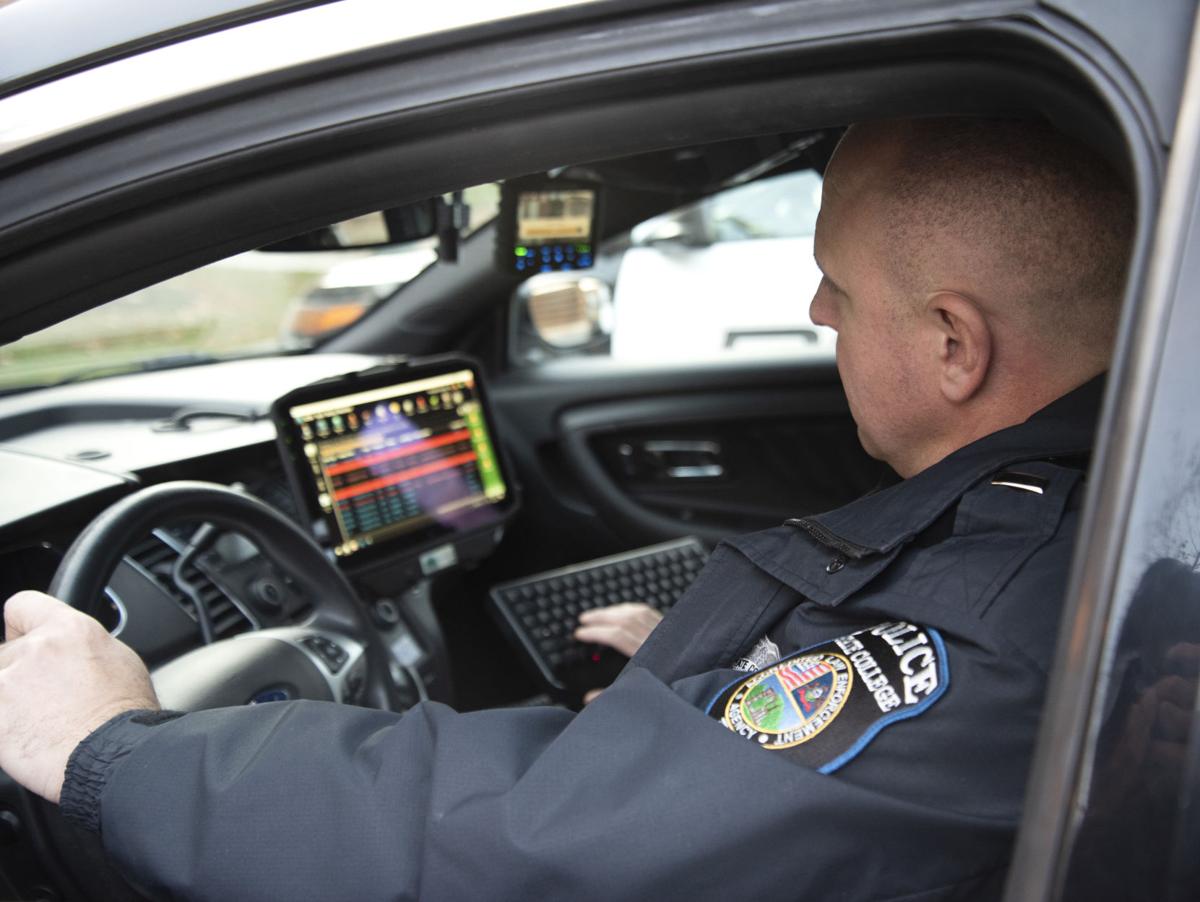 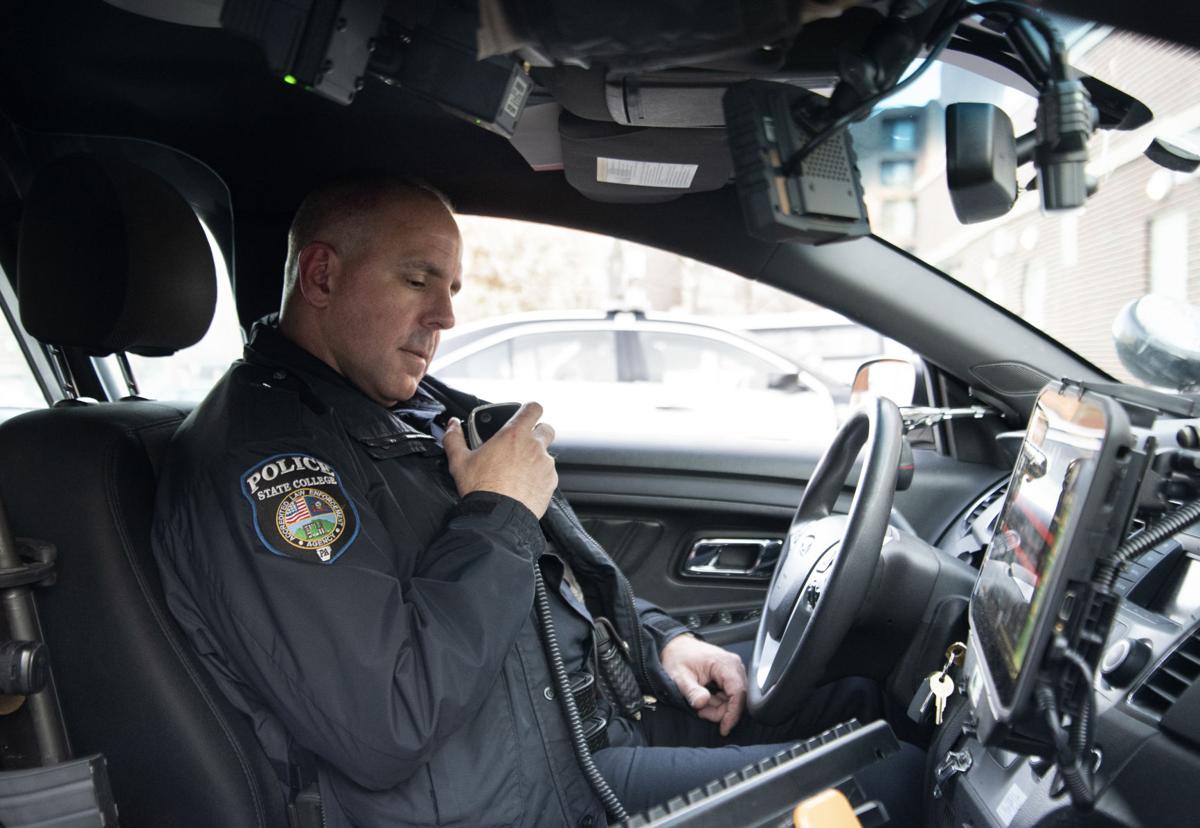 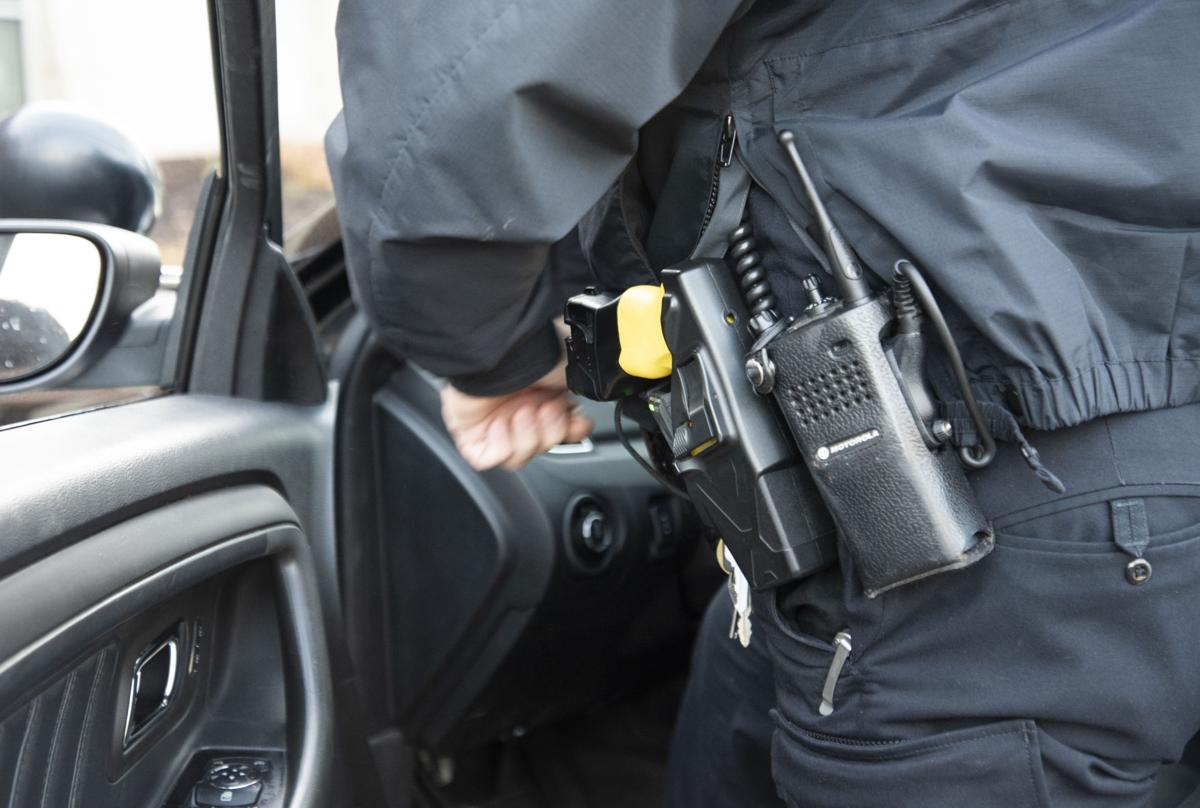 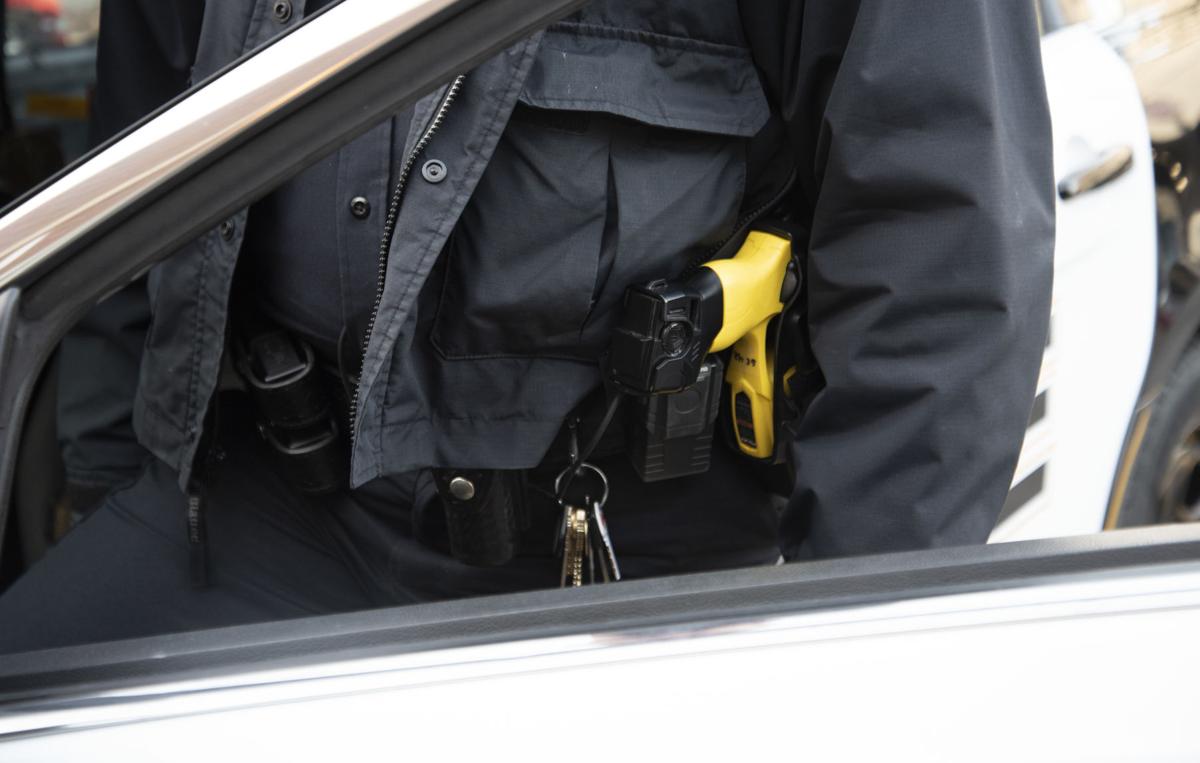 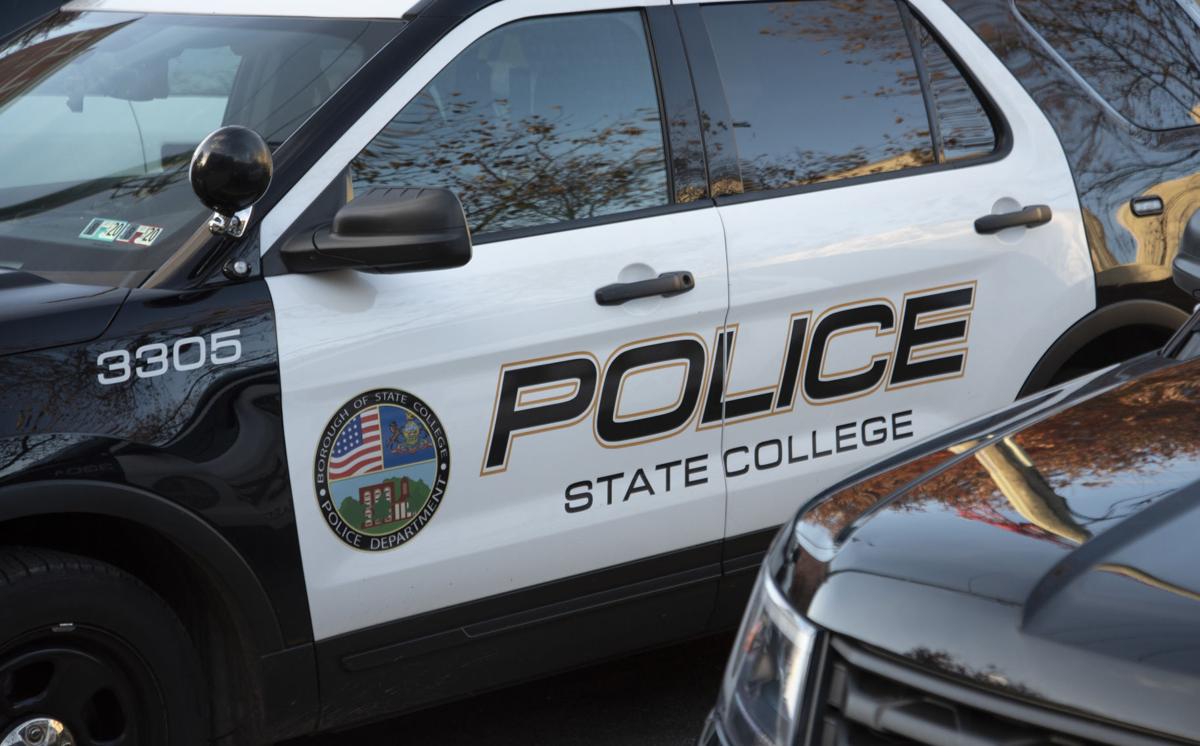 Turning on a siren. Reaching for a taser. Responding to a crisis call.

Nearly everything that a Centre County police officer knows regarding policing is the result of Pennsylvania’s six-month Municipal Police Officers’ Education & Training Commission (MPOETC). The training totals to over 900 hours for each officer.

“A [police] officer runs toward danger with the goal to save life and property, therefore it is imperative that the training be rigorous and well-rounded,” Jenn Cruden , the University Police’s Public Information Officer, said via email.

These hours are spent learning laws and procedures, how to interact with people of all backgrounds, and handling firearms.

Centre County officers often complete training together, meaning a State College Police officer can train with a University Police office, although different departments may have varying requirements outside of the Pennsylvania requirements.

“Partnerships with local, state and federal law enforcement agencies outside of our jurisdiction are critical, as the need to share information and work hand-in-hand are important elements for our community’s safety,” Cruden said.

After completing the training, cadets — or trainee officers — apply for a state certification examination to become a municipal police officer.

In order to be certified, a candidate has to fit into one of the following categories: cadets, officers transferring from other states or officers returning to the job after leaving in good standing. The amount of training needed varies depending on specific categories.

State College Police Department Lieutenant Greg Brauser explained that because Pennsylvania has such an advanced, comprehensive training program, officers who move from Pennsylvania to work in other states often don’t have to complete the full training process in their new state.

For entrance to the academy, cadets must score in the 30th percentile for age in five tests including sit-ups, a 300 meter run, bench press, push-ups and a 1.5 mile run.

Cadets must complete this same process in order to graduate, but must score in the 50th percentile.

Requirements are different for other genders and ages. For example, for older cadets, they are given more time for the runs.

“[The physical requirements are mandated] so that they can complete physically challenging tasks at any given moment, such as pulling a victim from a vehicle following a crash in order to administer life-saving treatment,” Cruden said.

In addition to these tests, cadets also undergo certain physical trainings in their six-month curriculum, including 84 hours of physical and emotional readiness and 66 hours of defense tactics.

The physical and emotional readiness course entails the fitness tests, and fitness training and health and wellness education. It also talks about emotional health, stress management and resiliency training.

In order to become a police officer, cadets must pass psychological screenings.

“There's portions where you're actually sitting down with a psychologist taking the Minnesota Multiphasic Personality Inventory, and doing all that psychological screening just to make sure that there's no red flags right off the bat,” Brauser said.

State College Police officers are also sometimes required to talk with a counselor if they have experienced something potentially traumatic on the job.

Beyond their own health, part of the curriculum is 26 hours of training that is geared toward responding to individuals with special needs. This curriculum focuses on behavior management, crisis intervention, recognizing special needs and mental illness.

In addition to this training, officers are able to become certified in crisis intervention training (CIT), which is a separate 40-hour training program with the goal of creating positive and understanding interactions between police and community members with mental illness.

CIT is an initiative created by the University of Memphis and the National Alliance on Mental Illness. Since its creation, CIT has spread on a national scale. Centre County held its first CIT training in 2011.

The Memphis model of CIT does not recommend that every officer is trained — instead, only the officers who volunteer should be put through the training.

Tracy Small , Centre County’s CIT coordinator, said Centre County takes a more “volun-told” approach, explaining that when the program was implemented, the chiefs of police wanted all of their officers trained.

That standard is still upheld today.

“You can tell when you walk in Monday morning, who the people are that really don't want to be there,” Small said. “[But] usually, by the end of the week, Friday, they're coming up to me saying, ‘This isn't really what I thought it was going to be, and it was much better. I wish I would have had this in the academy.’”

Small explained that a portion of the training is focused on de-escalation, which prepares officers to respond to situations such as suicide attempts or individuals experiencing hallucinations. Officers also learn about mental health diagnoses, medications that people can take and what a person not taking their medication may act like.

Small said the “special populations” the program focuses on includes juveniles, veterans and the elderly.

Officers are also put through immersion exercises, where they try to complete tasks while listening to an audio recording of voices mimicking the voices heard by individuals with some mental illnesses.

“[The goal] was to decrease the stigma of mental illness, as well as to keep people out of jail,” Small said, “because a lot of times the symptoms of someone having a mental health crisis can mimic that of criminal behavior.”

Small said the training has been successful in the community.

She also noted that, in Centre County, 3 percent of those with mental illnesses who are involved in police calls end up arrested. The national average is 7-10 percent, according to Small.

“With 26 percent of the United States population having a diagnosable mental health condition, it's really important that we have officers trained because they are the first contact that a lot of people have,” Small said.

Before a police officer is faced with a situation where he or she needs to use any kind of equipment — such as firearms and tasers — there are over 200 hours of prior training required.

Breaking down the collective hours, officers must complete 64 hours of vehicle code enforcement, 40 hours of operation of patrol vehicles and 124 hours of familiarization with firearms.

Cadets are required to score at least a 75 percent on the firearms course and meet annual training requirements. According to Title 37, Section 203, not meeting these requirements is grounds for an officer’s certification to be revoked.

In regards to handgun training, cadets are scored based on how well they are able to precisely fire from cover, fire and then move to cover, walk and fire, and fire with their strong hand and support hand.

Though not required by the state, Brauser said State College Police officers can be trained to use additional equipment, as well. For instance, officers can apply to take a week-long class to become a bike officer, or to complete the “intense” training to patrol on motorcycles.

In order to become a police officer, all cadets must be at least 18 years old and have a high school diploma or GED. Additionally, they must have a minimum of a ninth grade reading level.

In their six-month training, cadets are required to study a wide variety of topics, some general and others more specific to the demands of the position.

According to the MPOETC’s curriculum outline, some topics of the curriculum include the following, which are followed by the hours needed for completion:

- Introduction to the academy (six hours)

Cadets also learn about other specific topics, including:

Once a police officer, there is further training officers have to complete each year.

There is a wide variety of elective courses , some focusing on aspects of the job like Naloxone training, which is related to narcotic cases, investigating strangulation, and encountering persons with autism.

“It's exposing officers to things that they might not consciously think about the need for,” Brauser said.

He said that the State College Police Department surpasses Pennsylvania’s requirements and is always happy to accommodate desires officers might have for any further training.

“We encourage officers to find job-related training that they’re interested in and bringing them to us to send them to… We're very fortunate in this community to have both the economic and numbers portions to be able to send people to those kind of things,” he said.