You are the owner of this article.
Edit Article Add New Article
You have permission to edit this article.
Edit
Home
Latest
News
Sports
Football
Opinion
Lifestyle
Multimedia
Join
Subscribe
Share This
Borough • Click for more stories •
1 of 4 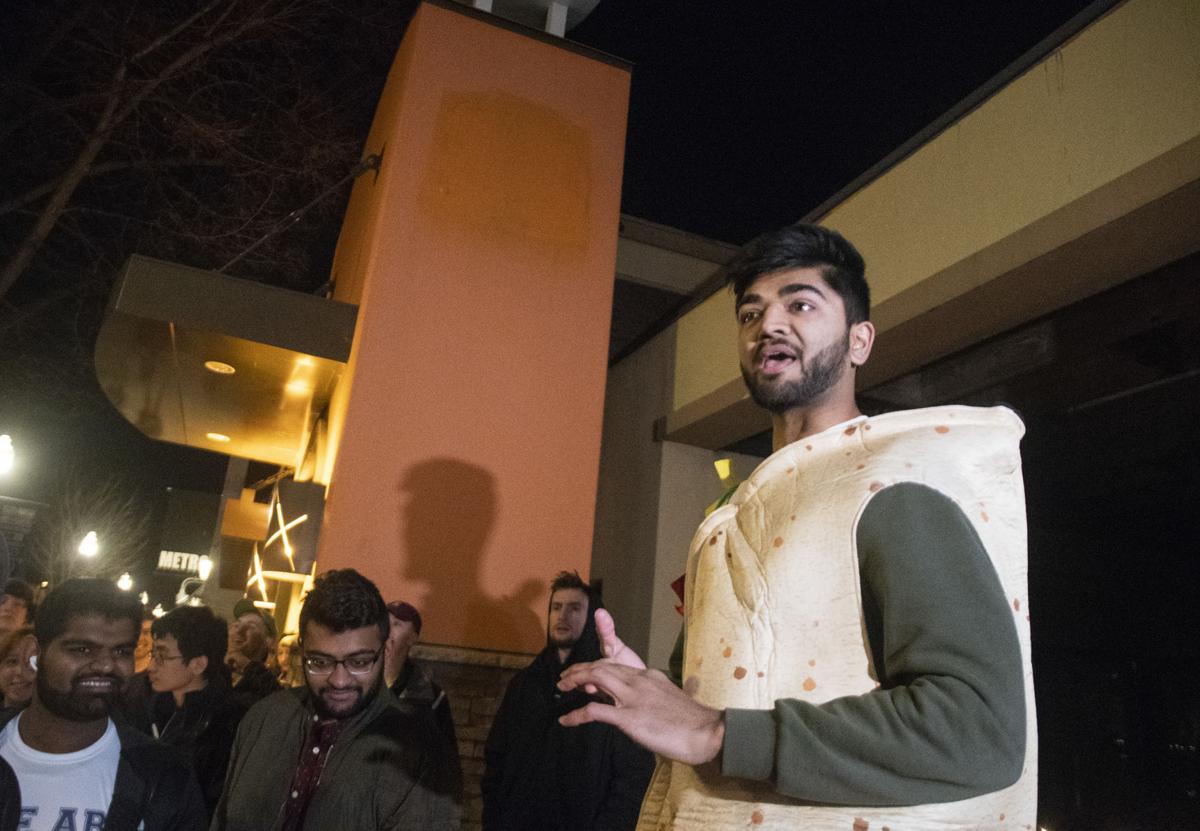 Prajesh Patel (senior-computer science) speaks outside of the closed down Taco Bell on College Ave. Sunday, March 1, 2020. Patel organized a vigil to honor the closed down taco chain. 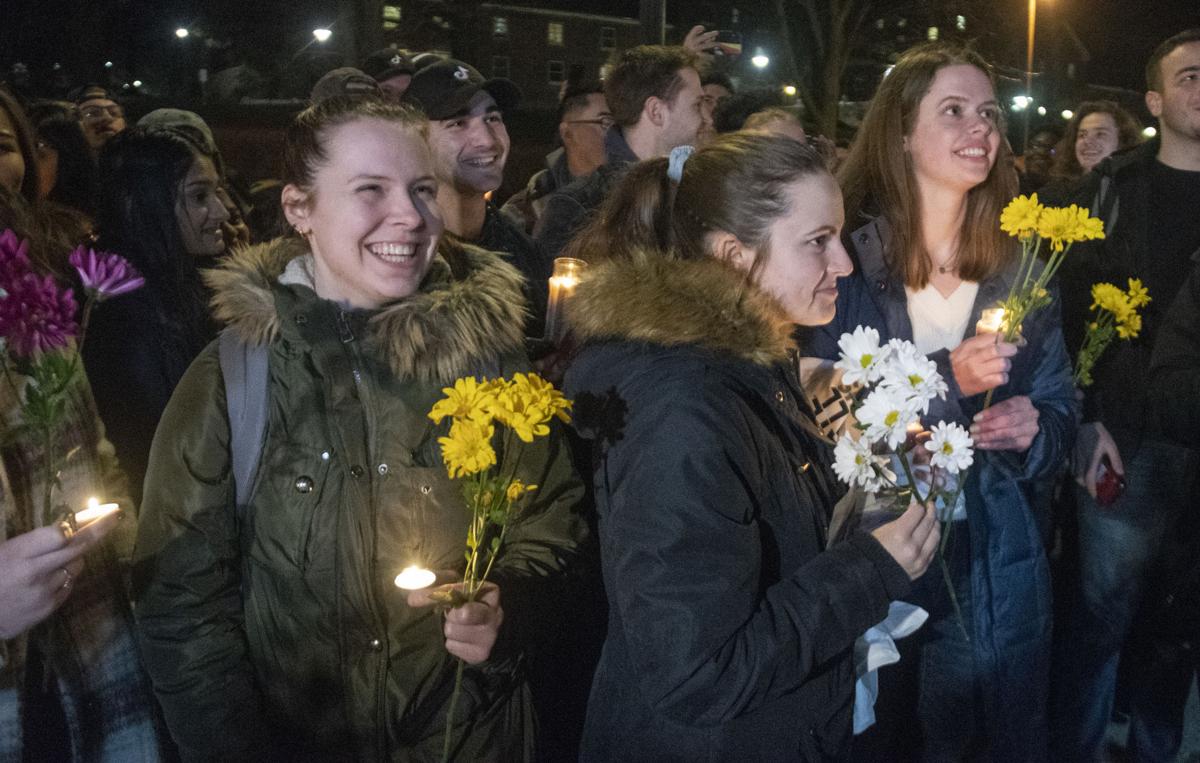 Students gather with flowers and candles outside the closed down Taco Bell on College Ave. Sunday, March 1, 2020. 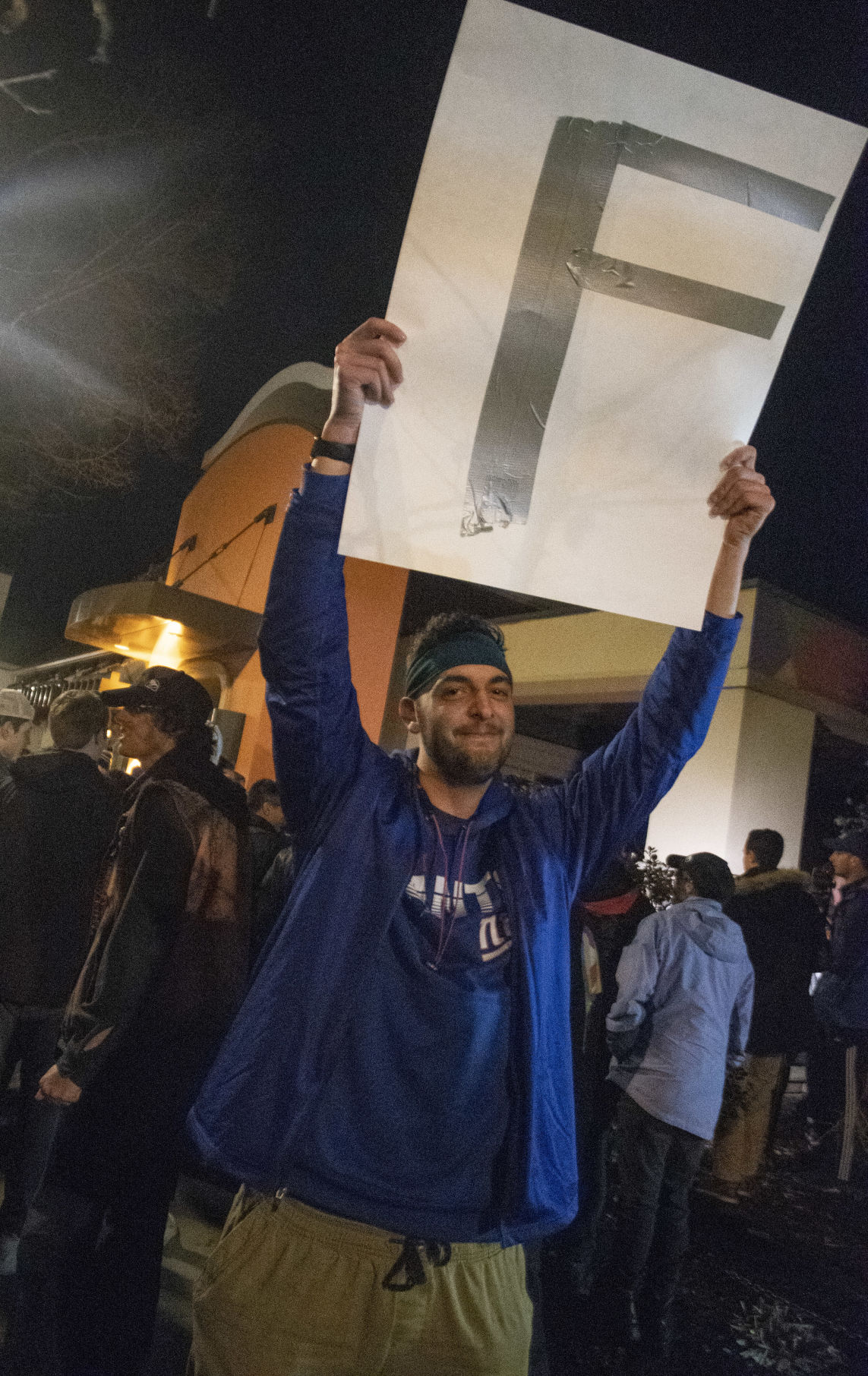 DJ Krausz (junior-psychology) holds up a sign outside the closed down Taco Bell on College Ave. Sunday, March 1, 2020. 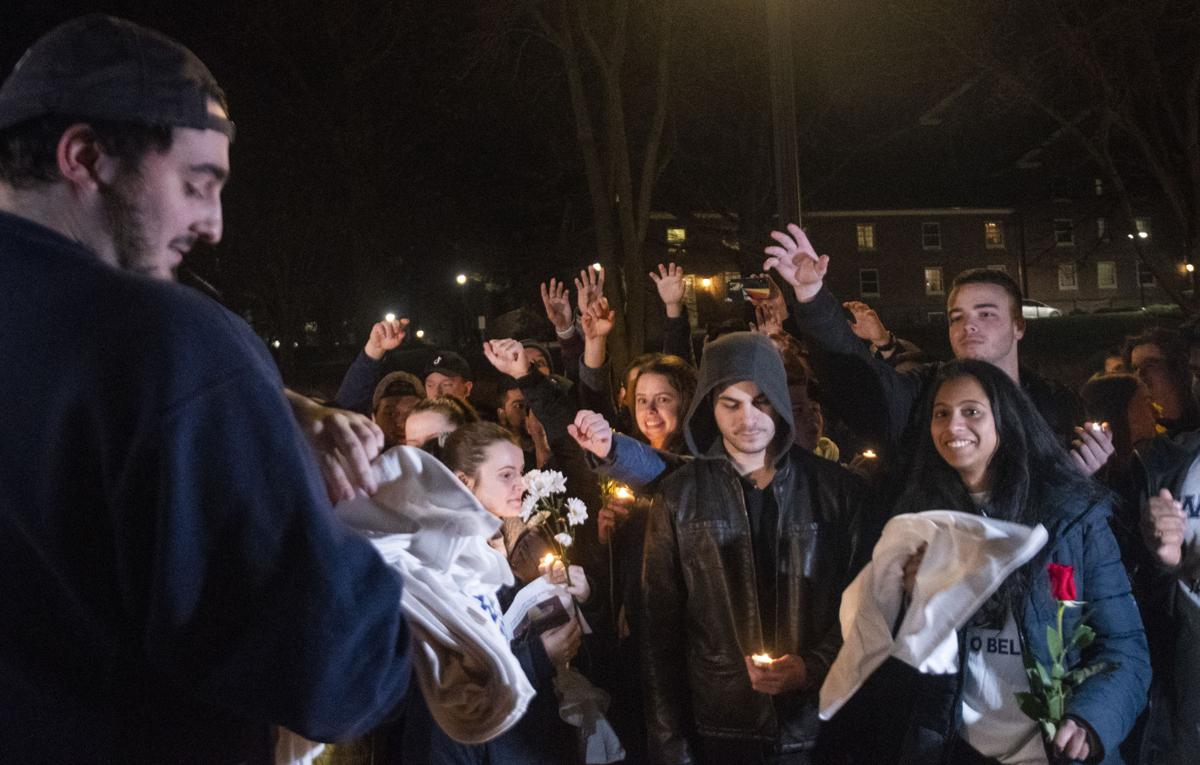 “Taco Bell is not gone, it is not forgotten, but it lives here, in our sauce packets,” student Kevin Victor (junior-computer science) said.

The location unexpectedly closed last week, and a Facebook event titled “Taco Bell Vigil” was created shortly thereafter. More than 250 people confirmed via Facebook they would attend the event, with over 500 “interested” in attending.

The vigil took place outside the now-former home of the popular fast food chain. The building's purple bell sign was gone, its lights inside were dimmed and boards covered its windows.

While it was open, the chain was one of the few late-night eating options downtown, with a daily closing time of 3 a.m. and 4 a.m on weekends.

Attendees crowded the sidewalk with lighters, candles and flowers to “pay their respects” in cold weather. They also held signs, including some that read “Live Mas forever” and “4Ever in our hearts, Taco Bell."

Many brought portable speakers to play somber tunes like “See You Again” by Wiz Khalifa and Charlie Puth, “In the Arms of the Angel” by Sarah McLachlan, and “We Are Young” by Fun.

The vigil was organized by Penn State student Prajesh Patel, who spoke to the crowd of gatherers, dressed appropriately in a taco costume.

“We were all shooketh after hearing about the closing of this beautiful, beautiful State College establishment,” Patel (senior-computer science) said to the crowd. “Taco Bell was our home away from home, and added spice to our life."

He said he will miss the food during late nights, but will miss the conversations he had at the establishment more, saying he met many of his current friends there.

While the creation of the Facebook event was initially just “supposed to be a meme,” Patel said he’s glad it caught on and that everyone came to show their support for the community.

“Memes and jokes bring people together, but it was about the cause for Taco Bell, and that’s why people came out, because I guess there’s like a similar feeling,” Patel said.

Patel said he wants the Taco Bell to come back and not be replaced with “something else.”

“It was a great late-night fast food establishment, and I’ll miss it,” Patel said.

Multiple now-former workers at the Taco Bell were also in attendance at the vigil.

George Miller and Juliana Windhorst, who both worked at the location for over a year, said it was “disheartening” to see the location close but said they were moved by the support from the community.

Though both do not currently attend Penn State, they said they will miss the college students who came in to satisfy their late-night cravings.

Miller, who was a manager at the location, was the person who closed the doors for the final time.

“My reaction was honestly surprised, and it didn’t really affect me until I, as a manager, closed the doors for the last time,” Miller said. “I think [the vigil] was necessary, because I think it had a place in many people’s hearts, to see the store closing it felt as if somebody that was loved, died.”

“It was saddening to me, I know I’m going to miss all of the college students even though it did get crazy on those Friday and Saturday nights,” Windhorst said. “But it was heartwarming to me to see all these people here, knowing that they actually loved the store, and that they actually cared."

The two said they know the reason behind the closing, but would not comment further on the matter, citing the general reason for the closing as “legal issues.”

Leadership of Legion of Blue, the student section for the Penn State men’s basketball team, was also in attendance. Its members distributed free t-shirts and sold tickets for Tuesday’s home game versus Michigan State.

Vinny Nardella, president of Legion of Blue, said once he saw the event start to blow up, he couldn’t pass up the opportunity to get the word out about Tuesday’s matchup, the last home game of the 2019-20 regular season for the Nittany Lions.

“We knew this was happening, wasn’t quite sure of the magnitude that it was going to be, but of course it’s somewhat big because that’s true Penn State fashion,” Nardella (senior-integrative arts) said. “Can’t miss this opportunity with a bunch of people. I love Penn State. This school is, to put it nicely, something else."

DJ Krausz held up a sign in the crowd emblazoned with a duct-taped letter, “F,” a reference to the popular meme of “Press F to Pay Respects.”

“Legends were made at this Taco Bell, you gotta come to pay your respects,” Krausz (junior-psychology) said. “I made this big ‘F’ to pay my respects to Taco Bell.”

Krausz said he will “cherish” the late-night Taco Bell outings with his friends.

The fact that so many people showed up to the event is, to Krausz, indicative of the kind of community that the Penn State student population is.

“I think it shows how fun of a community we are, and how fun Penn State can be,” Krausz said.

Noah Yudt echoed Krausz’s sentiments and said he, too, will miss the location and made many memories there.

He added seeing how many people came out in support shows how much of a State College “staple” Taco Bell was to so many students.

“I can’t tell you how many times I’ve come here at 1:30 in the morning, just hungry after a night out,” Yudt (senior-aerospace engineering) said. “I love Taco Bell. I’m sad it’s gone.”

Other Taco Bell locations in the State College area include stores at 397 Benner Pike and 100 Rolling Ridge Drive. A new location at 1909 N. Atherton St. is set to open this summer.

The Taco Bell at 310 E. College Ave has permanently closed, according to Taco Bell public re…

ESPN host Rece Davis responded to the closing of the State College Taco Bell in a video posted on his Twitter on Tuesday.

Live from New York, it's... the Taco Bell vigil.

A vigil for the Penn State Class of 2020 will be held Friday night at 8 p.m. via Zoom, the online streaming platform that Penn State professor…