You are the owner of this article.
Edit Article Add New Article
You have permission to edit this article.
Edit
Home
Latest
News
Sports
Football
Opinion
Lifestyle
Multimedia
Join
Subscribe
Share This
News • Click for more stories •
1 of 3 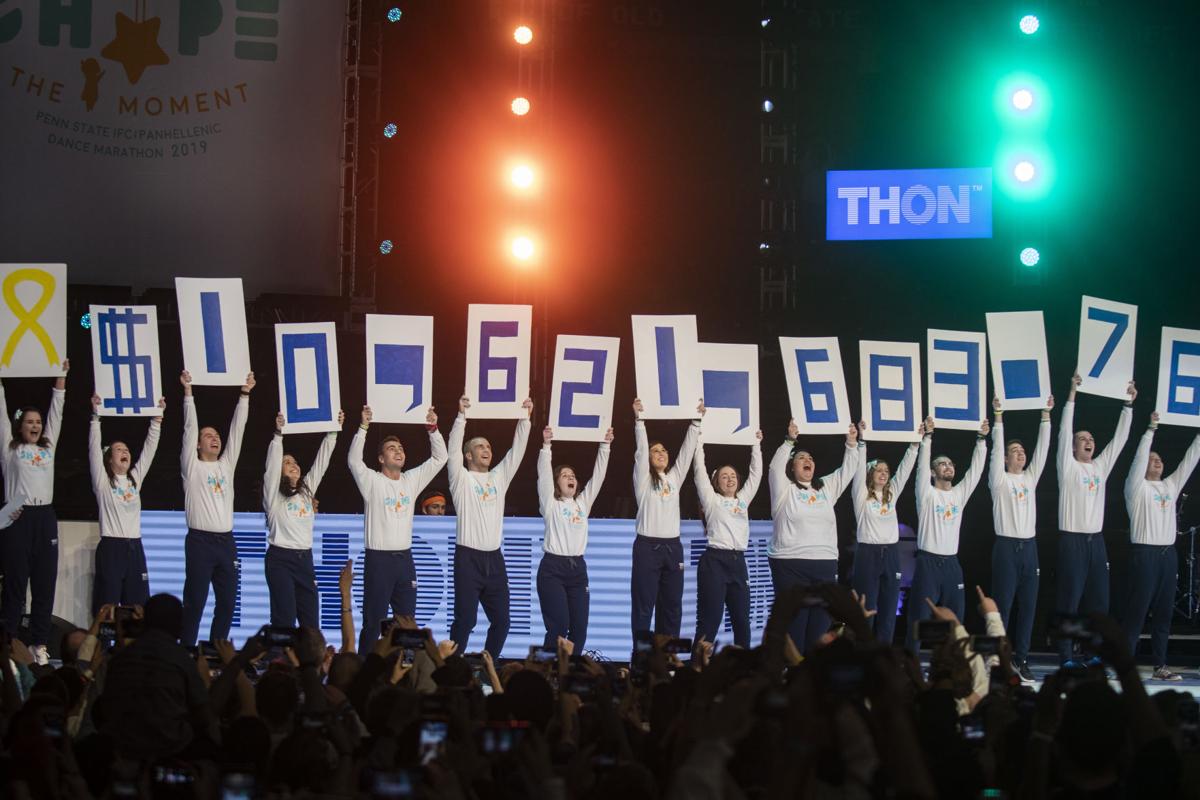 The total fundraised amount is announced at the end of THON at the Bryce Jordan Center on Sunday, Feb. 17, 2019. 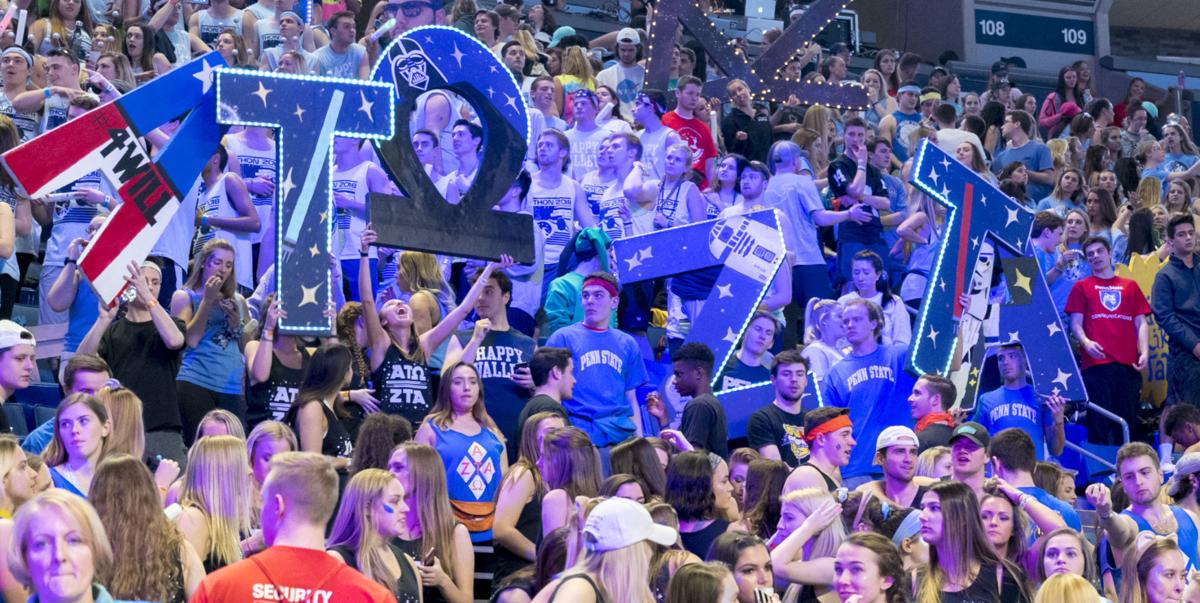 Alpha Tau Omega and Zeta Tau Alpha holds up their decorated letters to let their dancers know where in Bryce Jordan Center they are for Penn State THON 2018 on Friday, Feb. 16, 2018. 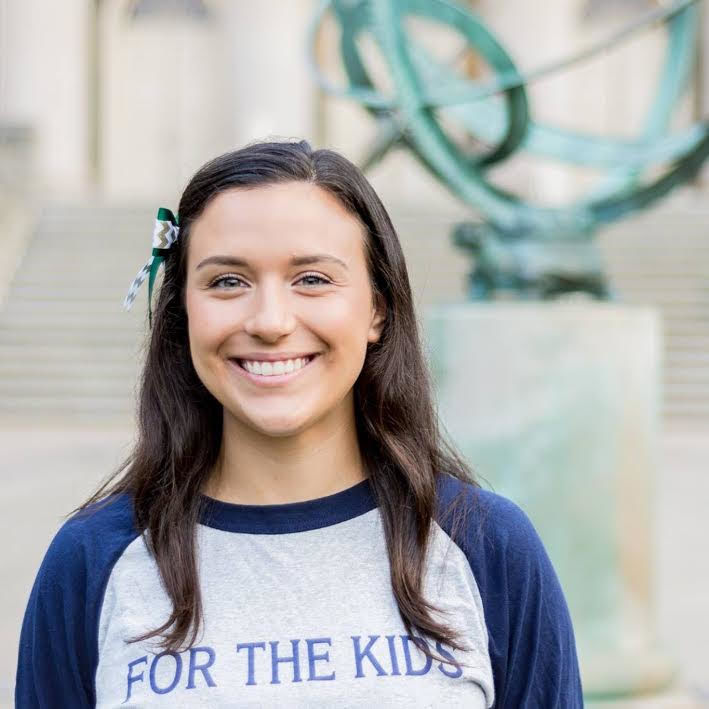 Greek life has been rooted in THON's tradition since its inception as the Penn State IFC/Panhellenic Dance Marathon.

In 1973, Bill Lear, the Interfraternity Council president that year, wanted to introduce a new philanthropic event to the school and started the first THON in the HUB Ballroom, raising the first THON total of $2,000.

Greek life has been involved in THON during its significant changes — the adaptation of Four Diamonds in 1977 and changes in location from the White Building to Rec Hall, and lastly to the Bryce Jordan Center.

Regina Duesler, executive director of THON 2020, expressed THON’s appreciation in the support it has historically received.

“Greek life is definitely influential in how THON weekend is run and the overall spirit of the weekend,” Duesler (senior-accounting) said. “All the sororities and fraternities are in their letters, matching shirts, paired with their Four Diamonds families for years and years.”

“Since greek life are all paired [fraternity and sorority], they are able to do collaborative, large fundraising efforts,” Duesler said. “Whether that is having galas for their THON and Four Diamonds families, fundraisers at their houses or different core fundraisers — they truly do model for other organizations.”

A factor of this expansion of the THON total and other club expansions could be the ever-expanding alumni network. During THON 2019, Alpha Tau Omega and Zeta Tau Alpha were able to fundraise $254,355.04. When combined with other greek life contributions, greek fundraising made up a significant proportion of the $10,621,683.76 THON 2019 total.

Duesler said alumni generosity has been a reason they have been trying to work more with connections between the alumni network and THON.

“We realize that people have the best time of their lives in college, at Penn State and involved in THON,” she said. “Especially the greek life involved in THON during the 80s and 90s, now have kids that go here and are able to see how much THON has grown.”

Recently, a platform called THON Nation was introduced for alumni and non-students to fundraise. ATO/Zeta alumni can create their own page and ask people to donate to them, not just to their old greek organization.

“We do recognize that as THON continues to exist over time, there is more alumni and more people to support,” Duesler added. “Also, for alumni that just graduated who may not have the means to donate financially, can donate their time in hosting a fundraiser, coming back to events, and staying in touch with their families.”

Kelsey Olson, president of the sorority Alpha Phi, said the sorority’s THON fundraising strategy this year is directed toward alternate funds because of THON’s removal of canvasing and canning.

“I think it will impact everyone’s THON's totals just because it was such a huge way to raise money,” Olson (junior - biobehavioral health) said. “That being said, we will just compensate for it by focusing on alt-funds.”

Alternate funds for Olson’s sorority include selling grilled cheese with their THON partner Sigma Chi and reselling old sorority clothes that members do not want anymore. Olson also emphasized the importance of reaching out to local businesses downtown for fundraising.

Among other important methods to achieve fundraising goals are parents, alumni and DonorDrive.

Alpha Phi balances its THON fundraising throughout the year with its philanthropy fundraising for the Alpha Phi foundation, raising money for women’s heart health.

This year, Alpha Phi and Sigma Chi will send three dancers to THON. Olson emphasized the need for sorority and fraternity members to show up to THON in support of their dancers and Four Diamonds families.

“I have never been a dancer, but one of our focuses last year was making sure to keep our letters up,” she said. “[The dancers] are on the floor and for them to look up see our letters high, knowing we are standing to support them is really special and important.”

Brandon Falzon , THON chair of Phi Gamma Delta, or FIJI fraternity, said that canvasing and canning used to be a big part of their fundraising totals, getting sixth place in fundraising totals in THON 2018 with their partnered sorority Delta Phi Epsilon.

“We would have four to five big trips traveling from Friday to Sunday throughout the year, doing that with our partnered sorority,” Falzon (senior-economics) said. “What pushed our total over the edge were Sunday day trips to Harrisburg or Altoona to raise a few hundred or thousand bucks every weekend.”

The fraternity’s total took a drop from THON 2018 to 2019, but Falzon is hopeful that DonorDrive and campaigns like Giving Tuesday and World Cancer Day will help them raise money.

One example of a successful fundraiser FIJI does is pasta dinners. The fraternity chef prepares pasta donated by the organization College Chefs, serving and receiving donations from about 150 people.

Falzon said an important fundraising strategy is to engage their alumni. He said alumni are willing to help in THON efforts, but it takes current fraternity members to emphasize their fundraising goal.

“Because THON is constantly growing and wasn’t as big of an [event] 25 years ago, I think our most recent alumni are the ones really starting to engage,” Falzon said. “With the introduction of THON Nation I think we are starting to see new opportunities for alumni to still feel like they are a part of it.”

Being a dancer is a competitive spot in the FIJI fraternity, especially after their fall in fundraising from previous years, the fraternity currently has one less dancer spot.

Falzon is trying to be a dancer for his senior year, along with two other fraternity members. In past years, he was dancer relations chair for the fraternity and has seen a lot of what the dancers go through, but wants to make his senior year impactful.

“One of the reasons I came to Penn State was because of THON,” he said. “Back when there were canners, I used to see kids that graduated from the same high school canning and I thought it was amazing they came three hours away to raise money.”

Cassandra Kidwell is a downtown blogger for The Daily Collegian. She is a junior studying digital and journalism with minors in business and Spanish.