Skip to main content
You are the owner of this article.
Edit Article Add New Article
You have permission to edit this article.
Edit
Home
Latest
News
Sports
Football
Opinion
Lifestyle
Multimedia
THON
Join
Share This
1 of 2 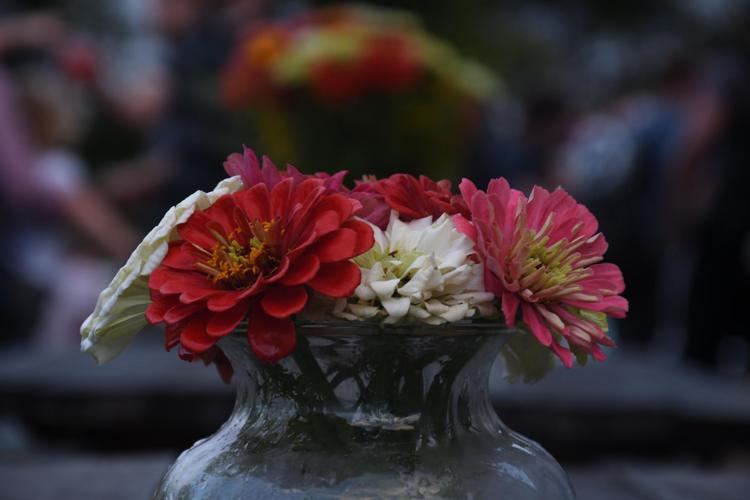 Vases full of flowers stood as the centerpieces of the tables at the Harvest Festival. 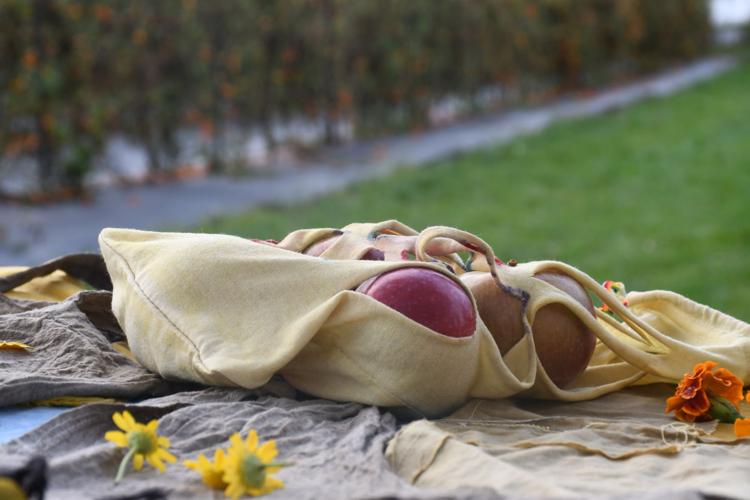 A handmade bag holds apples at the 4th Annual Harvest Festival, hosted by the Penn State Student Farm. The bags were dyed using the pigments in flowers.

Despite rainy weather Thursday evening, the fourth annual Harvest Festival was anything but gloomy as Penn State students, faculty and community members gathered at the 1 Acre Student Farm.

The festival featured a food truck, food made from the produce grown on the farm, a live band, face painting and a station where attendees could plant seeds to grow a plant of their own.

Associate director Leslie Pillen spoke to the large crowd gathered in the tent as it rained to thank them for visiting the farm and partaking in the event. She also took a moment to share some news about Student Farm and its plans for the future.

According to Pillen, these past four years for Student Farm have served as a pilot. Now that the pilot has been deemed a success, the farm has gotten the approval to make what was a temporary space permanent and triple in size to almost three acres.

According to club programming director Katie Liete, the farm sells about 25,000 pounds of produce every growing season. As the farm plans to grow, that number will also likely grow, as well.

Along with a size expansion, the farm will build an on-site pavilion and indoor winter classroom.

“In central Pennsylvania, you know how much rain we get,” Pillen said. “It will be all the more important for our students to have somewhere they can gather and get out of inclement weather.”

Pillen said the expansion plans will be executed over the next one to two years.

Leite (senior-neuropsychology and global health) — who ran the event this year — has been involved with Student Farm since her freshman year.

“This event for us is just really about community,” Leite said. “It’s just nice to give everyone — students, faculty and staff included — a chance to come out to the farm, enjoy food, live music and a fun night of just meeting other people and connecting.”

As a senior who has now been involved for four years, she is excited to see the farm continue to grow, even from afar.

“It’s not just about the produce,” Leite said. “It’s about growing leaders.”