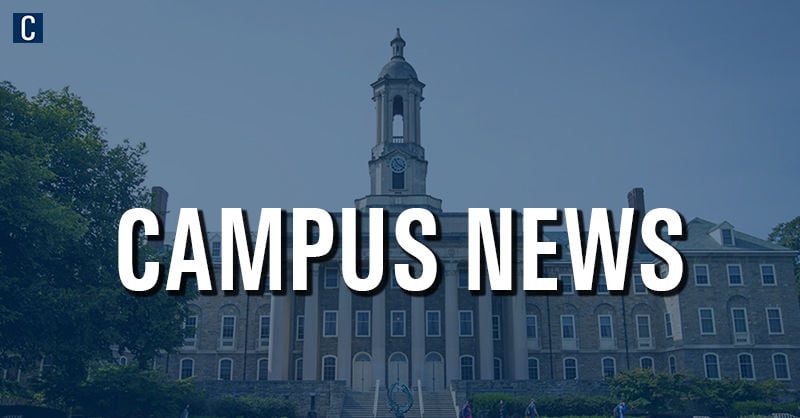 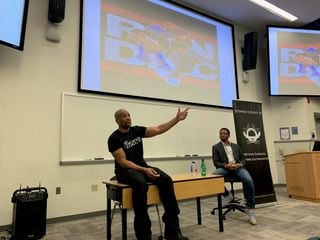 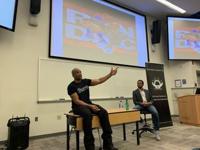 On Tuesday, Oct. 29, Darryl McDaniels came to Penn State to talk about mental health, success and making a positive impact within the community.

McDaniels — whose stage name is DMC — is one-third of the hip-hop group Run-DMC, which hit its peak in the 1980s.

McDaniels — along with Joseph Simmons, better known as Rev. Run, and James Mizell, or Jam Master Jay — revolutionized the history of hip hop with songs such as “It’s Like That” and “It’s Tricky”.

From Queens, New York, McDaniels began the presentation talking about his life and how he began to focus on creative outlets like hip hop and comic books.

He encouraged young people to find something that makes them transform their struggles into something positive, rather than turn to drugs or alcohol.

“Your situation does not define [who] you are,” McDaniels said. “We can change this world starting tomorrow and you need the confidence to make that possible.”

McDaniels talked about the younger generation in Queens in the 1970s and how it changed everything by simply speaking up about everything that was going on in their neighborhoods.

He then discussed how later in his career he resorted to alcohol to solve his problems, which gave him a “false sense of power." Around this time, McDaniels was told by his parents he was adopted, he was struggling mentally, and Jam Master Jay was shot in his recording studio.

After a bit, McDaniels went to rehab and eventually found that the idea of therapy was not as “uncool” as people made it out to be.

Giving this example as a lesson to younger and older generations alike, he encouraged people to talk about their problems and to look for help when it is needed. McDaniels also touched on the fact that people shouldn’t feel ashamed about seeking help.

This message resonated with Kiana Coleman, a student in attendance.

“It is important to talk about [mental health], but not a lot of people want to talk about it and it’s hard to do,” Coleman (senior-food science) said. “You need to acknowledge you need to do it. The first step to talking about our issues is getting it out, and knowing that you are not alone is really helpful.”

McDaniels also discussed the idea that knowledge is a “transformation” and that “information is education that can lead to a transformation.”

He stressed the importance of education — a main aspect of Determined to Educate, Inc., an organization at the presentation that supports the idea of “Bettering Ourselves, Bettering our Communities.”

Throughout the presentation, McDaniels also normalized the fact that he goes through the same struggles that many others experience as well.

Satchel Simpson (senior-security risk analysis) did not realize the presentation was happening until he saw a sign for it right before it began, but said he believed it to be a positive and encouraging experience overall once he attended.

The presentation's message of seeking help and normalizing struggles ultimately resonated with many students.