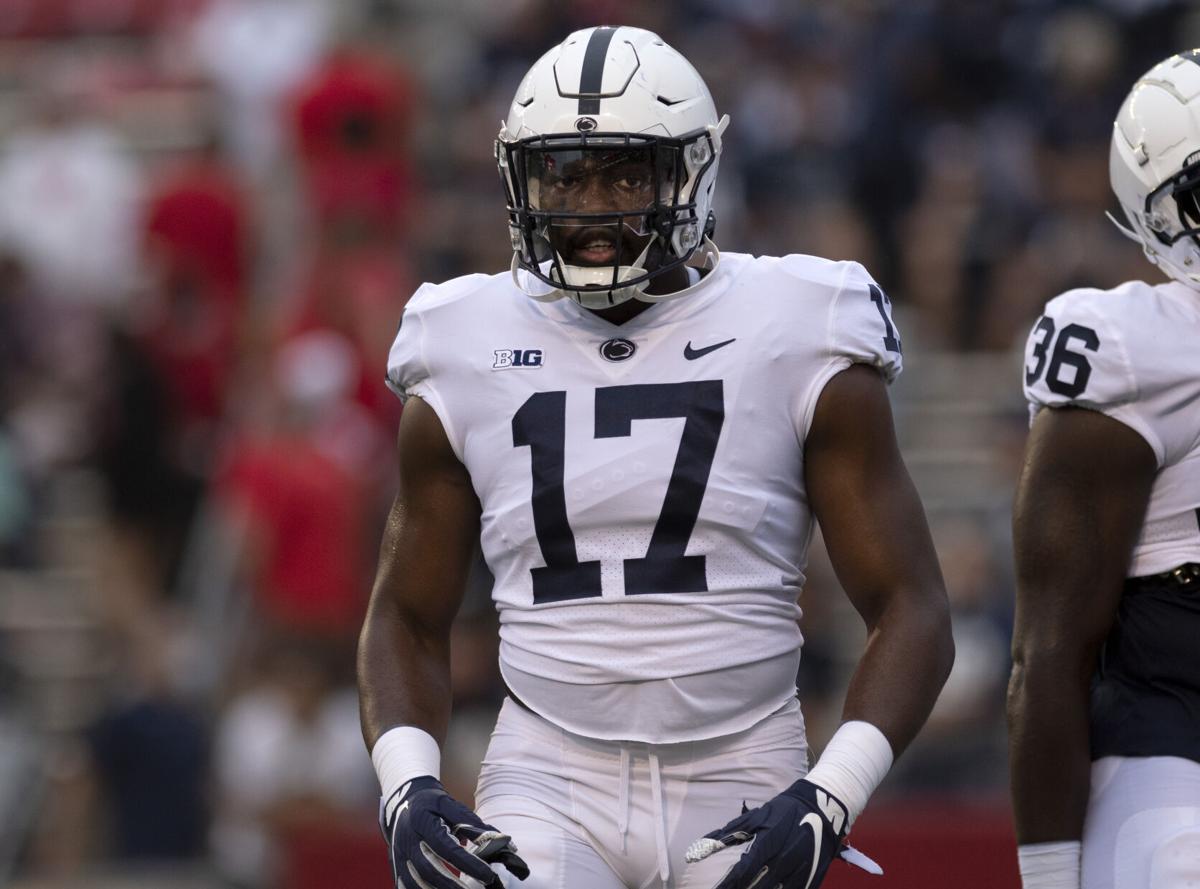 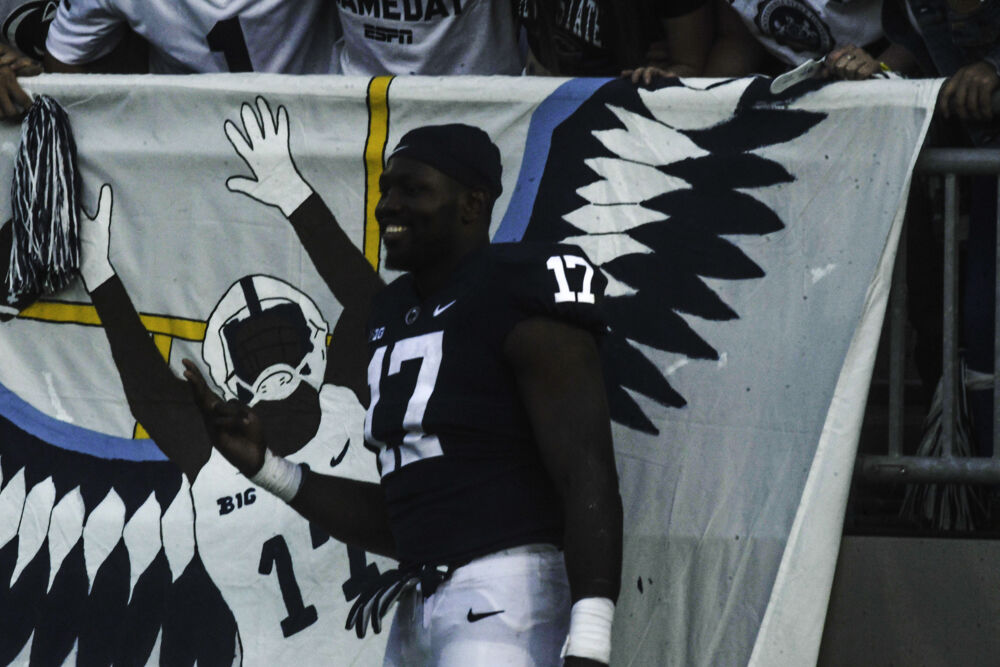 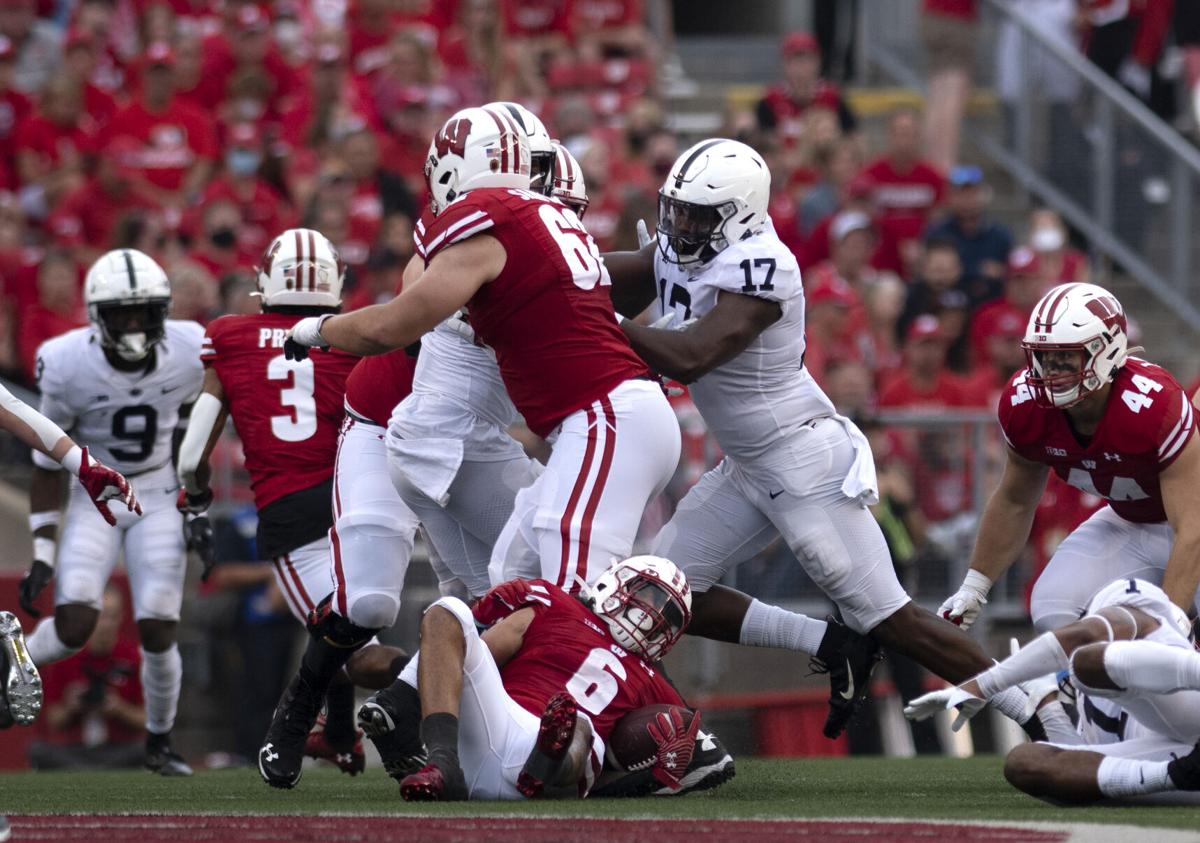 He played linebacker in high school, and according to his high school coach Mike Bonavia, colleges thought he was too small to compete for playing time in a Division I defensive front seven.

But he committed to his craft, gained the necessary weight through his first four seasons at Temple and now holds a starting spot with the Nittany Lions.

Bonavia noted how much talent and potential the Silver Spring, Maryland, native possessed, saying he was athletic enough to play both sides of the ball, as Ebiketie logged time at the slot-receiver position.

“He was showing some real good signs,” Bonavia told The Daily Collegian. “He was fast off the edge and of course had a great attitude and was very coachable.”

Ebiketie committed to Temple and honored the coaching staff’s request for him to gain roughly 20 pounds before camp.

After playing sparingly throughout his first three years with the Owls, Ebiketie earned a starting spot at defensive end as a redshirt junior, ending the season as the team leader in tackles for loss, sacks and forced fumbles while also earning second-team All-AAC honors.

“They said he was a perfect fit, and he will make an impact as soon as he comes in,” Bonavia said. “I called [Ebiketie] up and said, ‘Listen, this is the perfect fit for you Arnold. You have to go to this place. They’ve got big dreams for you.’”

After speaking with both Bonavia and his father, Ebiketie took up Franklin’s offer.

“I always knew Penn State as a whole was a great organization,” Ebiketie said. “One of my main focuses in the portal was trying to figure out what place was going to be the best fit for me in terms of what matches the top of my playing style.

“When I look back at it, I made one of the best decisions of my life to come to Penn State.”

Penn State presented new opportunities for personal improvement and tougher competition, which is exactly what Ebiketie said he needed to take his game to the next level.

“I accomplished a lot for Temple,” Ebiketie said. “I'm a big competitor. I'm always looking for more, and I felt like it would be best for me to enter the transfer portal and go to a place where I could compete and expand my game — going against some other guys that will be playing at a high level.”

Coming into a new program with coronavirus restrictions still in place, it took a little bit for Ebiketie to adjust because he couldn’t hang out with many of his teammates all at one time.

But once those restrictions loosened, Ebiketie had no trouble building bonds with his new family.

“I believe I'm a pretty sociable person, so it was just a matter of time getting to spend time with my team,” Ebiketie said. “When we moved toward spring practices and started hanging around the whole team, everything got easier, and I started forming those bonds.”

Ebiketie made a statement from the moment he walked onto campus at Penn State through his actions, which impressed both James Franklin and defensive line coach John Scott Jr.

“He's always got a huge smile on his face, and he’s a mature young man,” Franklin said. “He's great with his teammates, but he also has a really good way with the staff. He understands how to live in both those worlds and do it in a way that's very relatable and respected.”

Scott Jr.’s perception of Ebiketie was extremely positive just from watching his film, but it only got better once he watched the defensive end in practice.

“When you watch this guy’s tape from last year at Temple against some of the competition, he was dominant,” Scott Jr. said. “I recall the first time he went one on one against our guys in full pads and saw him get off the ball and how much ground that he made up quickly. It was impressive. It doesn't take very long to see that guy's athleticism and explosiveness.”

The 6-foot-3 transfer put on roughly 20 pounds between the 2020 and 2021 seasons, and he’s still able to make game-changing plays with his speed.

“We had a plan in place for me to get three to four meals a day in order for me to gain weight,” Ebiketie said. “Doing that and working out during the summer and the spring helped me get to the point I'm at. I feel like it was downhill work as well because I was able to gain the weight and still maintain my speed, which was also one of the big factors.”

It didn’t take long for Ebiketie to turn the heads of his teammates on the practice field, particularly those of the offensive linemen he lined up across from every day.

“I'm happy he decided to come to Penn State,” left tackle Rasheed Walker said. “He’s going to come to practice every day and give you everything he's got. I feel like that helped me develop this offseason. When you're blocking someone that’s that fast every day, it forces you to have to play faster.

“I don't think I'm going to see anybody in the Big Ten that can move like AK.”

Just like any other program, Penn State’s offensive and defensive linemen rely on each other’s competition in practice to get better for the season.

Ebiketie provided that push for Walker and every offensive lineman, but it goes both ways, as Ebiketie credits the veterans like Walker for helping him improve after coming to Happy Valley.

“What added the most to my game was going against those offensive linemen every day,” Ebiketie said. “Those are veterans on the O-line. You see some of the things that they do best and try to counter that. Going against each other the whole spring and fall camp helped get my game to the next level. We're to the point where now I'm able to see some of the things faster.”

Ebiketie has never shied away from expressing his confidence, but his time at Penn State this offseason is a big factor in how he became the player he is now.

He bought into what Scott Jr. was selling, and it paid off by the time the Wisconsin game rolled around.

“My confidence was always there because I'm one of those guys who believes that the game is won in the offseason,” Ebiketie said. “The combination of the work I put in during that time led me to being confident during the game.”

According to Scott Jr., Ebiketie remained coachable during the offseason, coming in with a positive attitude focused on getting better and working his hardest.

“He's a good learner,” Scott Jr. said. “He studies the game. He goes out and practices the right way. AK doesn’t say a whole lot. He comes in the building with a big smile, but when he steps on that grass at practice, he's competitive.”

The competition with teammates carried over to some playful trash talk throughout the offseason, too.

Ebiketie’s teammates, Walker among the biggest proponents, never shied away from telling him that “this aint Temple.”

The Big Ten may indeed not be Temple, but Ebiketie’s confidence that he’d fit in on a bigger stage was warranted.

Notching seven solo tackles, two tackles for loss and a field goal block in Penn State’s season-opening win at Wisconsin, Ebiketie proved he could compete and make an impact at his new home.

According to Franklin, he and the coaching staff have been pleased with Ebiketie’s improvements from the time he stepped on campus to now being a legitimate threat on the Nittany Lion defensive line.

“He came here as a good football player, but I also think he has really developed in the time that he's been on campus,” Franklin said. “I've been really pleased. He's very coachable. I know coach [Brent] Pry and the defensive staff have a ton of trust in him and how he plays, so we love him.”

Ebiketie may have exceeded expectations in his first game donning the blue and white, but he isn’t satisfied yet.

“The time I spent in college helped me get so much knowledge, and I feel like I'm still growing,” Ebiketie said. “I still have some aspects of my game that I can get better at. My goal is to continue to work and expand my game. Every day I'll be able to learn some new things, so I'm pretty excited about the future games.”

LeBron James posted himself in a Saquon Barkley shirt on Instagram a few weeks ago, and now …