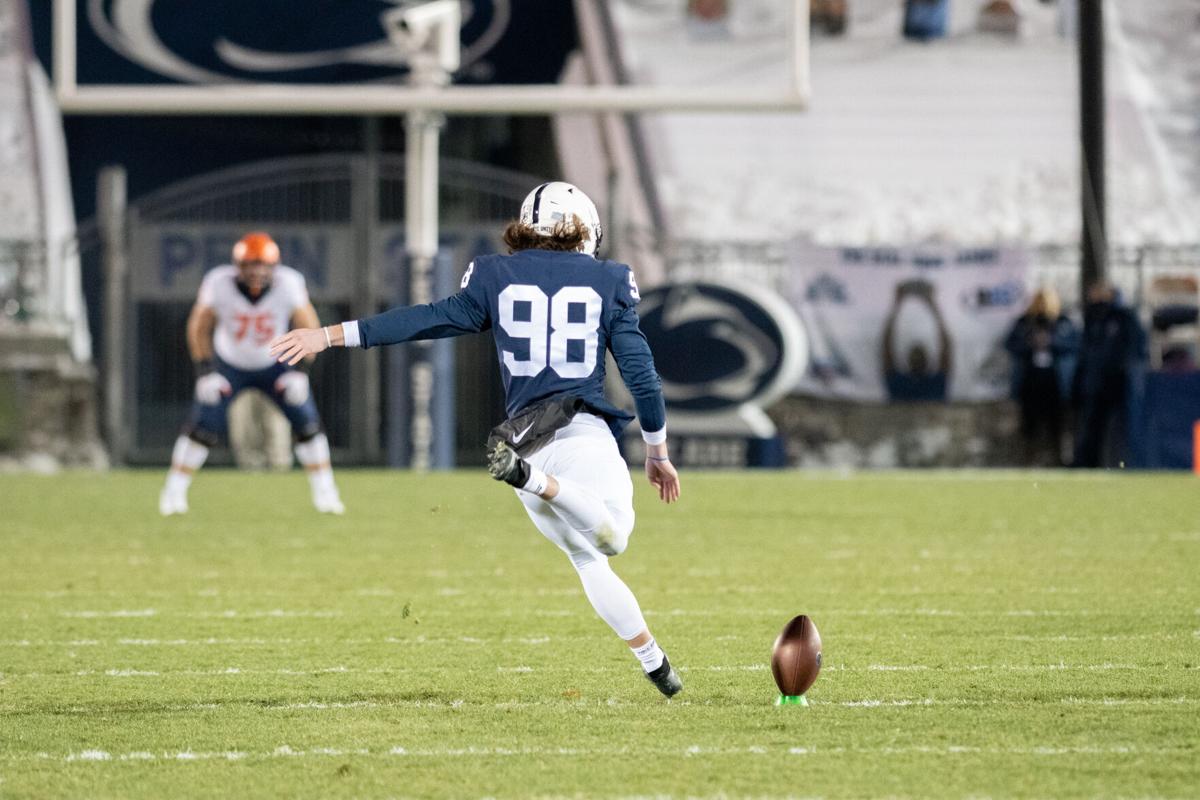 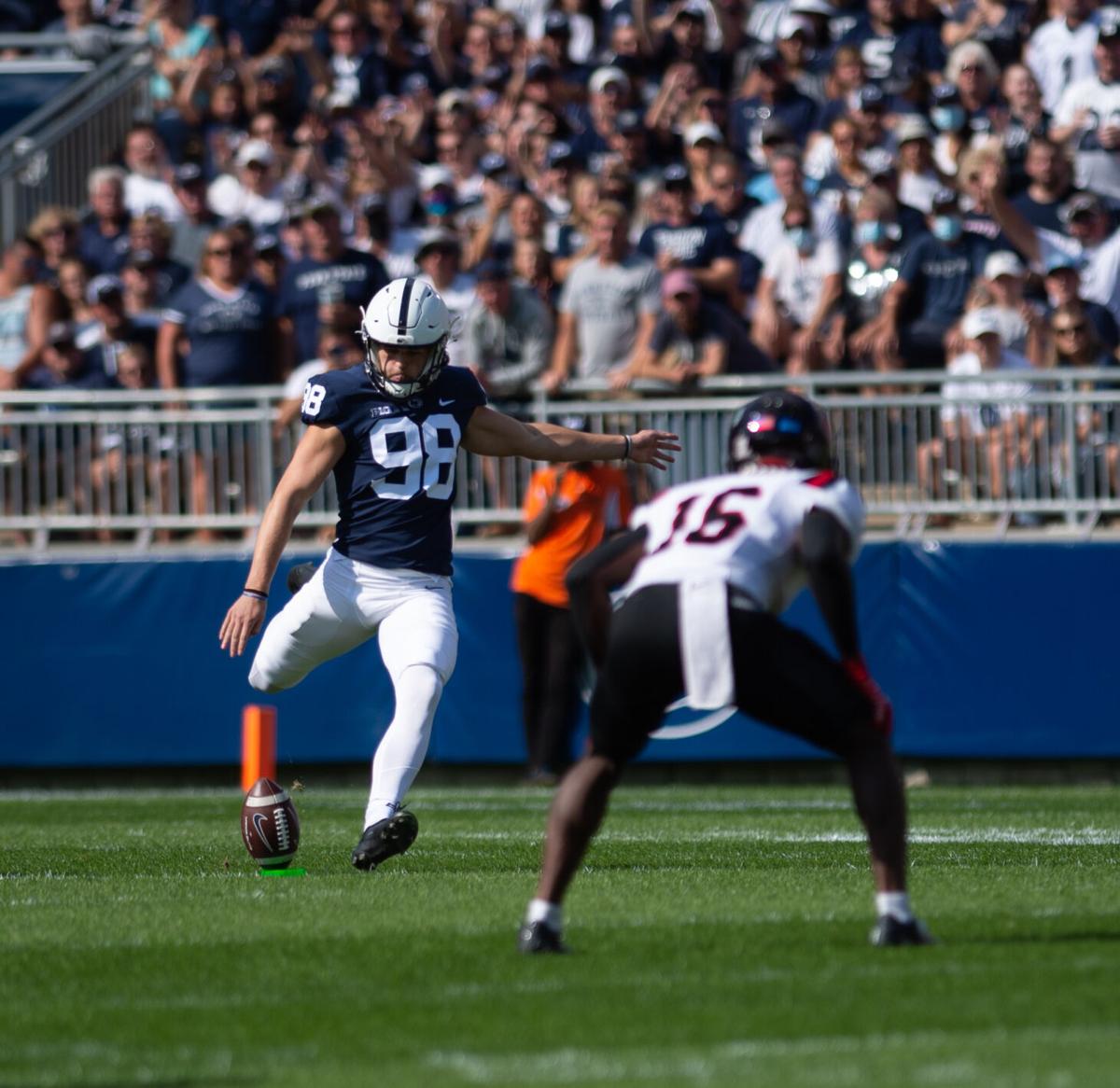 In a sport that has as much uncertainty as football, it’s usually a good thing to be able to keep one thing consistent throughout the course of a game.

For Penn State’s first two weeks of the season, Jordan Stout’s kickoffs have been as consistent as anything possibly can be.

In four boots against Wisconsin and nine against Ball State, Stout hasn’t had a single kick that didn’t end in a touchback.

With a 100% touchback rate like Stout has, is there really even any point in kicking it anymore?

“Put it on the 25. Honestly,” wide receiver/defensive back Marquis Wilson said after Penn State’s win. “Either let Jordan kick it and it, and it’s gonna go on the 25, or you might as well spot it. I think we should just make a Jordan Stout rule.”

As Saturday’s game progressed, Ball State’s kick returners essentially stopped watching the ball come out of its flight. They put their hands up and walked off the field almost as soon as the ball left Stout’s leg.

According to Wilson, who has spent time on offense, defense and special teams in his Nittany Lion career, the importance of special teams can’t be understated.

It’s equally a phase of the game just like offense and defense are, and Penn State’s motto on special teams coordinator Joe Lorig’s unit is “CTG” — change the game.

When asked if they should even make Stout kick the ball off anymore, all safety and special teams captain Jonathan Sutherland could do was laugh.

“Also, on kickoff we’re trying to make tackles and we can’t even get an opportunity,” Sutherland said. “But he’s doing his thing. [He’s a] great kicker, and [I] love Stout.”

Having a kickoff specialist consistently rocket the ball into the stands is more than just something to get a smile out of, though.

As part of that “CTG” mentality, special teams plays can result in explosive scores or great field position for one team.

Not on Stout’s watch, though.

“It keeps it consistent having the ball placed on the 25 every single time,” Sutherland said. “It eliminates good returners from making explosive returns as well. He’s good at neutralizing that.”

Stout’s consistency hasn’t just been on kickoffs, either. He’s simply been on the field consistently.

The redshirt senior and captain won the starting job for kickoffs, punting and place kicking — a true utility knife for Lorig.

Even with missing two kicks against Wisconsin and one against Ball State, Stout has impressed with so much on his shoulders, and his presence is comforting for more than just members of special teams units.

“He’s one of the best in the country,” wide receiver Jahan Dotson said. “Not only is it on kickoff that he’s booming it out of the end zone every time, he’s flipping the field on punts, making sure that our defense is in a great situation.”

Penn State’s defensive players certainly appreciate the boost they get from Stout, too.

“We have an advantage,” defensive end/linebacker Jesse Luketa said. “We have the best kicker in America. There’s no one like Jordan Stout.

“Going into games, we know we’re gonna neutralize their best returner, and we’re ecstatic about that. [It] gets every single drive on the 25-yard line, and there’s no better feeling than that.”

It’s not a secret inside the program why Stout has become the all-around talent he is today.

His teammates call him the best kicker in America, but there’s no doubt he’s worked for that recognition.

“Every single day you go out there you’re gonna see him doing something extra,” Dotson said. “His work ethic is tremendous. A lot of the younger specialists can learn from him.”

Even with a big win in its home opener against Ball State, Penn State didn’t shift too much in this week’s AP Poll.