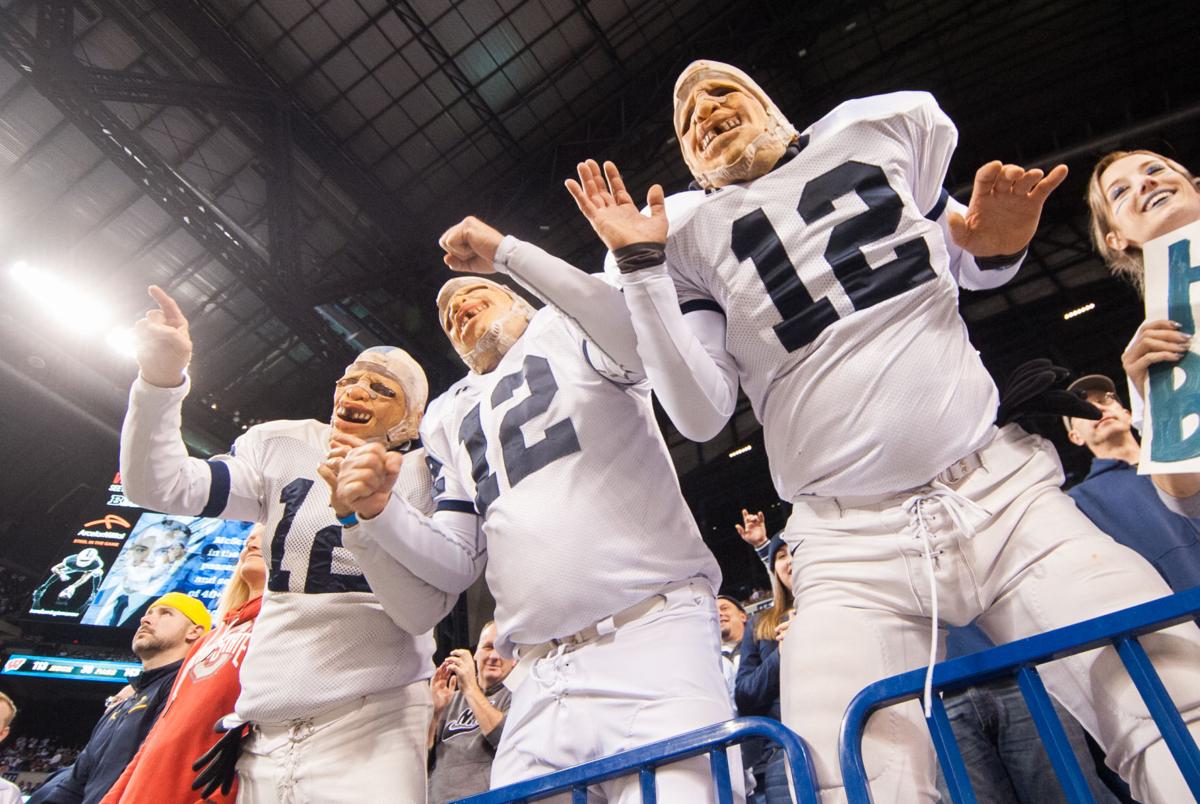 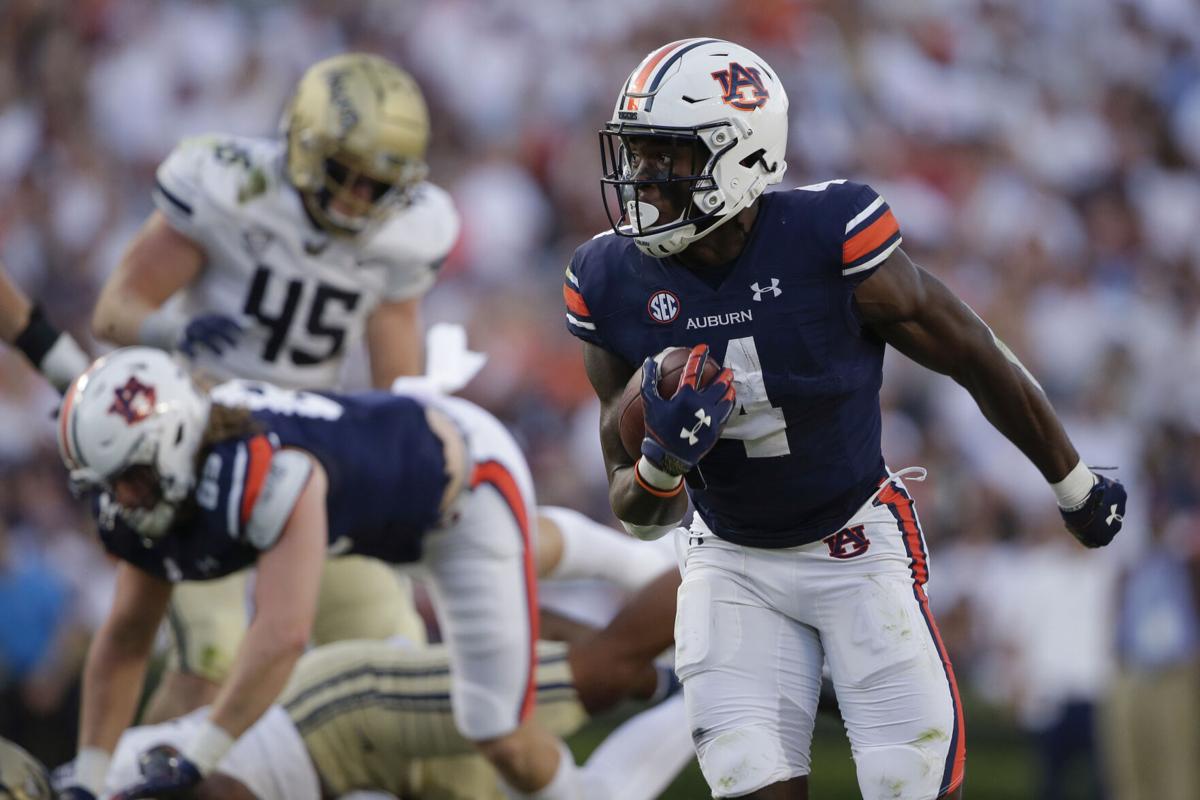 Auburn running back Tank Bigsby (4) carries the ball in for a touchdown against Akron during the first half of an NCAA college football game Saturday, Sept. 4, 2021, in Auburn, Ala. (AP Photo/Butch Dill)

Auburn running back Tank Bigsby (4) carries the ball in for a touchdown against Akron during the first half of an NCAA college football game Saturday, Sept. 4, 2021, in Auburn, Ala. (AP Photo/Butch Dill)

It’s been a decade since a nonconference opponent stepped foot in Beaver Stadium for a White Out, but Auburn will snap that streak this Saturday.

While the Nittany Lions and Tigers have only met twice before, the similarities between the two programs are clear.

Over Penn State’s and Auburn’s history, spanning 128 and 119 years, respectively, the two programs have the same number of claimed national championships — two — and unclaimed — five.

A nearly equal history in terms of achievement, it’s no surprise the two programs have a split record in the all-time series against each other.

It’s been nearly two decades since these blue-blood programs faced off, but with a White Out crowd, Saturday’s event should be well worth the wait.

Current Penn State students were too young to remember the last matchup between the two, while everyone else likely needs a recap.

Here’s a look at the last two times these programs squared off.

The Outback Bowl’s first season with that moniker featured two of college football’s best in Penn State and Auburn — two 8-3 teams ranked No. 15 and 16 in AP Poll, respectively.

Led by two of the most lethal offensive pieces in the country in wide receiver Bobby Engram and running back Curtis Enis, Penn State’s offense had defined itself as one of the toughest scoring threats of that season at 33.2 points per game.

However, behind quarterback Patrick Nix — father of current Auburn starting quarterback Bo Nix — the Tigers were poised to outscore the Nittany Lions on paper with 36.5 points per game.

With two ferocious offenses facing each other, most likely predicted this matchup would come down to the defenses. That came to fruition, as Penn State halted Nix and the Auburn offense in nearly every facet of the game.

Before being replaced, Nix completed just five of 25 passes with two interceptions.

In 1996, Penn State faced Bo Nix’s father, Patrick, in the Outback Bowl — where he threw 5-25 with two picks. Here is one that landed in the hands of Penn State safety, Kim Herring pic.twitter.com/0qIQsJsPm1

Nix did throw Auburn’s only touchdown pass of the game on a 25-yarder to Robert Baker to give the Tigers a second-quarter lead before Penn State stormed back in the third quarter.

On the other side of the ball, Engram exploded for 113 yards and two touchdowns on only four receptions for the Nittany Lions — enough to grant him the game’s MVP trophy.

When it was all said and done, the Nittany Lions were too much for the Tigers in their first matchup, winning 43-14.

The Nittany Lions and Tigers met yet again in the first installment of a newly named bowl game, as they faced off in the 2003 Capital One Bowl.

As the 14th-ranked scoring offense and 12th-ranked defense in the country entering its Bowl Game, the No. 10 Nittany Lions were viewed as heavy favorites against the No. 19 Tigers, who had struggled offensively all season.

If there was one key to defeating Penn State, Auburn knew it wouldn’t be offensively. It had to stop Penn State’s Heisman-finalist running back Larry Johnson.

With 2,436 all-purpose yards and 23 touchdowns, it easily could’ve been argued that Johnson was the best player in college football before he finished third in Heisman voting.

Penn State’s defense was stout itself, only giving up 13 points to the Tigers, but it wasn’t enough to stop Auburn from tying the all-time series at one win a piece.

Among plenty of storylines surrounding Penn State this week, the team has moved into the top 10 in the latest AP Poll, it’s White Out week and…

With rumors swirling around James Franklin following the firing of Clay Helton at USC earlier this week, new developments were brought up on t…