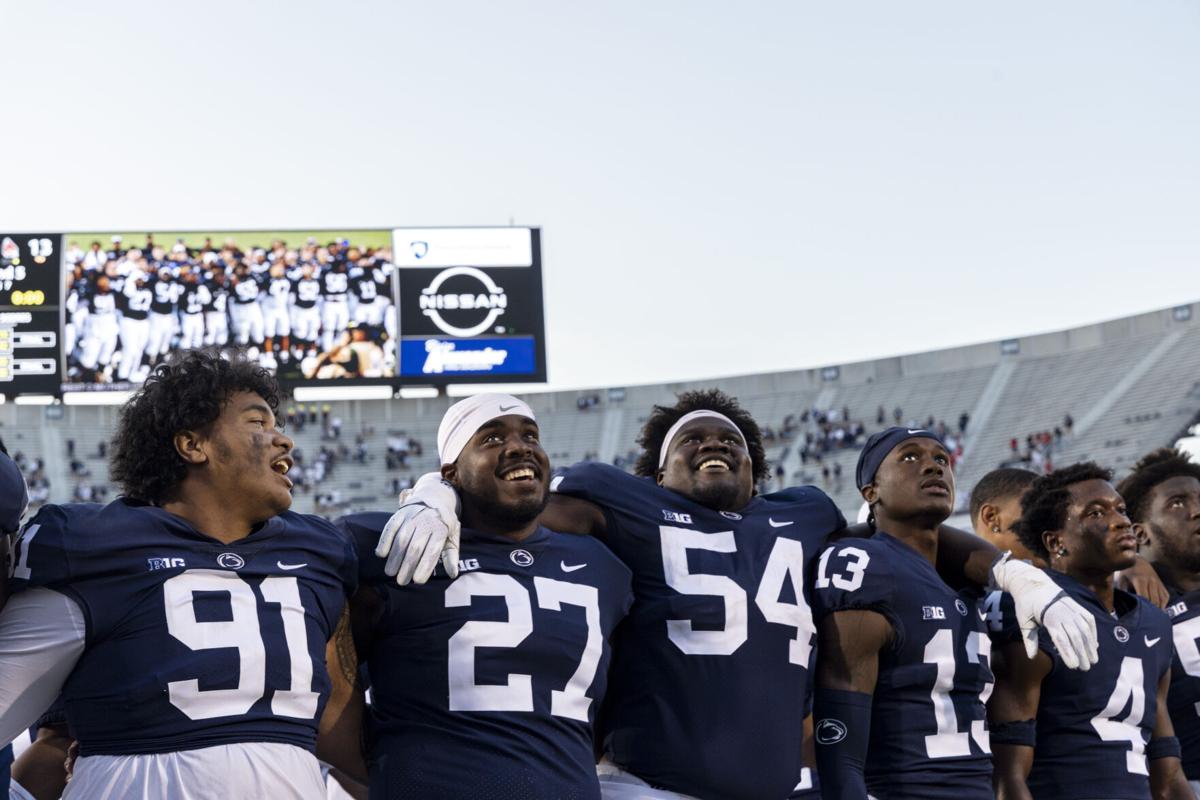 Members of the Penn State football team smile while singing the Penn State alma mater following their win against Ball State in their first home game of the season at Beaver Stadium, Saturday, Sep. 11, 2021. The Nittany Lions beat Ball State 44-13. 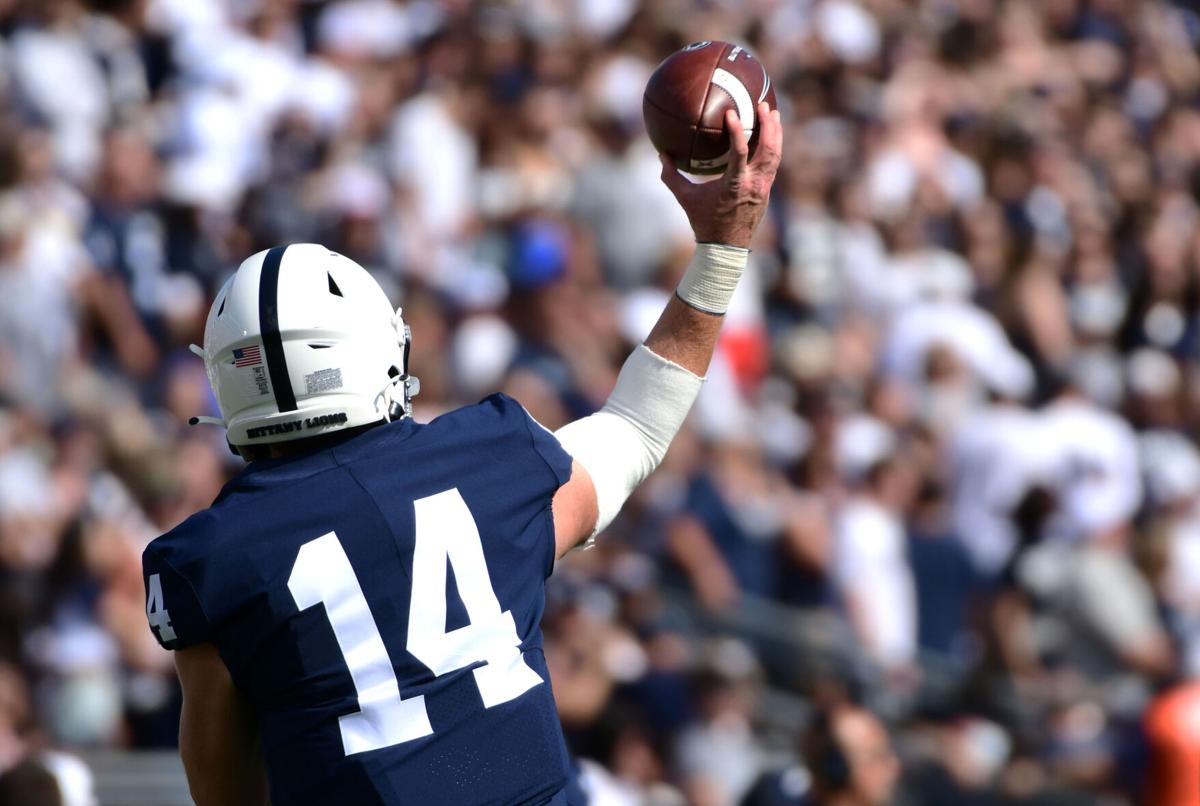 There wasn’t much debate over what to expect from Penn State in last week’s matchup with Ball State, but this week should offer a bit more excitement.

The Nittany Lions welcome the Auburn Tigers to Happy Valley for the 2021 White Out, and it’s the first time the game will be held against an SEC opponent since Alabama came to town in 2011.

Here’s how our staff sees this one playing out.

Penn State is back home to play in front of a White Out crowd, which will serve as the 12th man against Auburn.

Both teams must establish their run games early in order to lead successful offensive campaigns.

Penn State’s defense certainly has its hands full against a high-scoring Auburn offense that put up 60 and 62 points, respectively, in its first two games.

But following successful performances against Wisconsin and Ball State, defensive coordinator Brent Pry’s group doesn’t have much to fix.

If the offense stays consistent with what it did in the second half against the Badgers and throughout the game against the Cardinals, Penn State will please its White Out crowd with a win.

Penn State will have to play to the crowd early on to get an advantage in this one.

Time and time again we’ve seen the White Out stun teams to begin a game and get the opposition behind the 8-ball.

But on the field, quarterback Sean Clifford will need to continue to show that he can protect the football, as he has been able to avoid turning the ball over so far this season.

The defense should not change a thing, as it has done nothing but continue to gain momentum following the first half shutout against Wisconsin.

The real key will be containing the Tigers’ rushing attack led by running back Tank Bigsby, who has been a major contributor to their 2-0 start.

But the Nittany Lions will ultimately get a critical stop when it matters most and hold on to move to 3-0.

Auburn’s rushing attack versus Penn State’s defense is what jumps out most to me heading into this one.

Penn State’s defense has been stout to say the least to start the year, albeit with some right-place, right-time happenings against Wisconsin.

Auburn’s run game is arguably just as strong, as the Tigers have gone over 300 yards on the ground in each of their first two games, even if it was against weaker competition.

Wisconsin tested the Nittany Lions’ run defense with more than 50 carries in the game, and the blue and white gave up its fair share of yardage despite the overall strong showing. The same could be true against Auburn’s two-headed beast in Bigsby and Jarquez Hunter.

Auburn quarterback Bo Nix has not been an all-star throughout the course of his career — especially on the road — and I expect the talented Penn State secondary to stand strong this weekend.

The Nittany Lions need offensive coordinator Mike Yurcich’s unit to click at least close to as well as it did against Ball State to control the rhythm of the White Out, and I think it will.

A balanced attack through the air and on the ground leads Penn State to a tight win.

For some questionable reason, many have decided to rule Auburn out ahead of its matchup with Penn State on Saturday.

Yes, the Tigers will be facing off against a No. 10-ranked Nittany Lion squad in a unique White Out environment, but Auburn as a program has been no stranger to big-time matchups in its 119-year history.

This year, there is little to base the Tigers play on.

Quarterback Bo Nix has led an offense averaging 60 points per contest. However, both games have been played against below average opponents in both Toledo and Alabama State.

The defense has done much of the same, dominating the playing field against a small sample size.

Saturday will be Auburn’s first test against a legitimate opponent in 2021.

After scoring 44 points against Ball State, Clifford and the Nittany Lion offense seem to be heating up. Meanwhile, Penn State’s defense looks as strong as ever before.

The blue and white have not had it easy in its first two weeks, while Auburn has. The readiness to play against a tough opponent is what will determine this one.

The Tigers have the ability to keep it close and even run away with a win, but Penn State should be able to get it done.

There was an empty feeling before every game of the 2020 season for Penn State, but Week 2 s…

Penn State will be back in front of a White Out crowd this weekend, as Auburn travels to play the No. 10 Nittany Lions in Beaver Stadium.