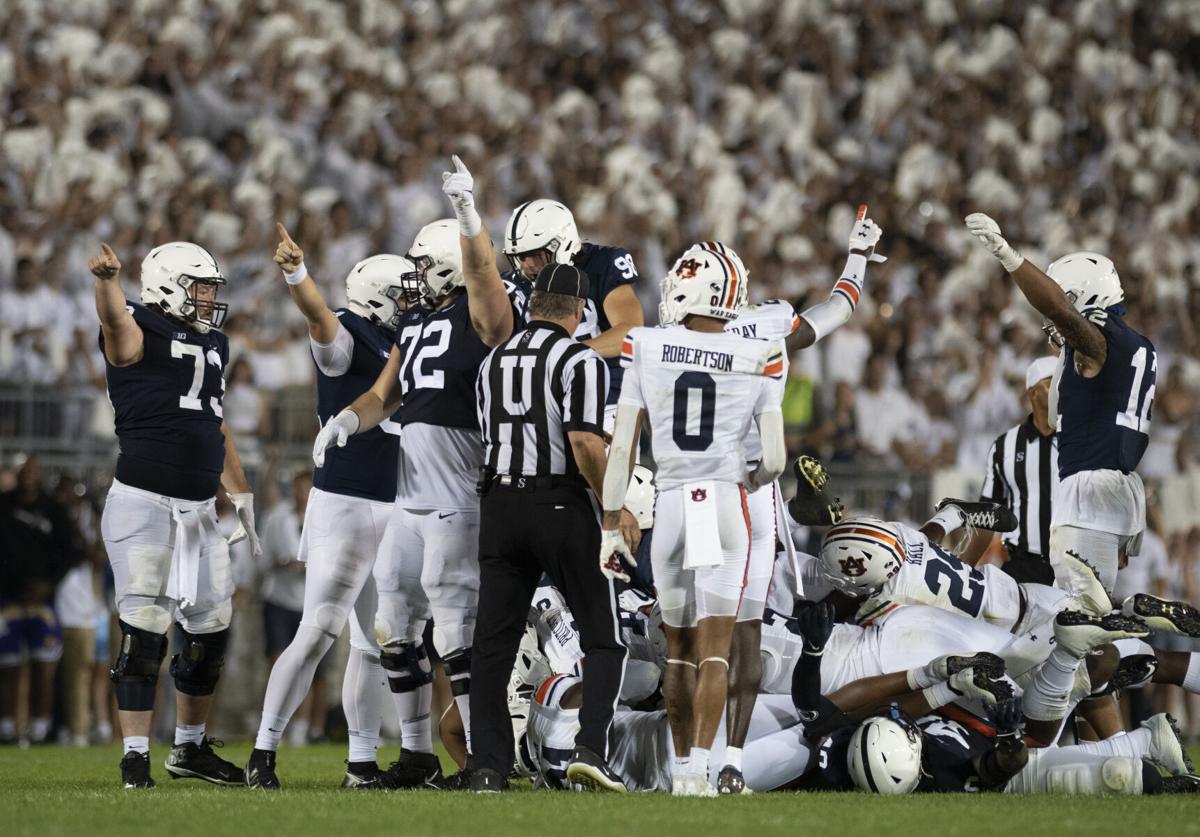 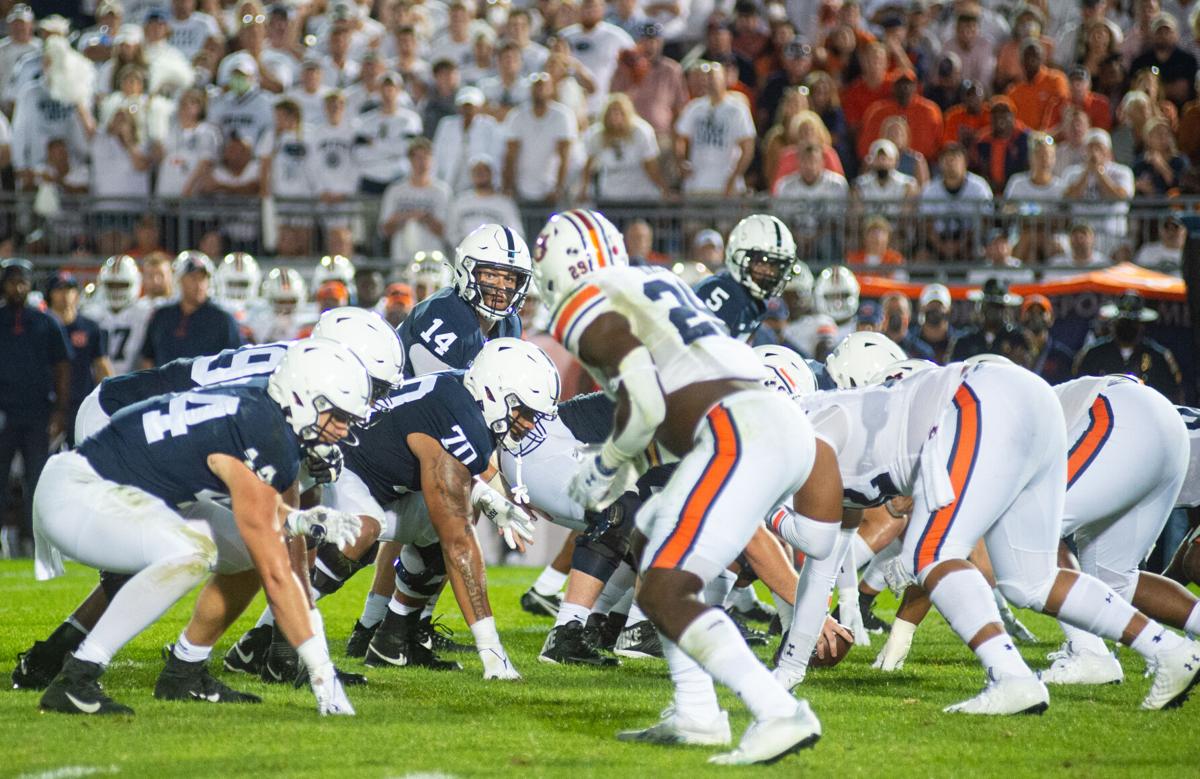 Members of both the Penn State Nittany Lions and the Auburn Tigers football teams get set for a play during the annual White Out game on Saturday, Sept. 18, 2021 in University Park, Pa. Penn State defeated Auburn 28-20.

Following Penn State’s win over Ball State last weekend, running back Noah Cain made it clear that the offensive playbook would soon be opening up.

Against Auburn on Saturday, Cain’s promise came true at the hands of some of the most creative play calls the world has seen from the Nittany Lions since Joe Moorhead served as offensive coordinator in 2016 and 2017.

“Like I said, Coach Yurcich is going to keep dialing up different packages of personnel formation,” Cain said following Saturday’s win. “Like you’ve seen today, he’s going to keep putting guys in the best situation to be successful.”

What “different packages” did Yurcich include against Auburn?

A wildcat formation with a tight end, a double-pass play with Jahan Dotson on the throwing end and a fake punt with a direct snap to PJ Mustipher are just a few.

Despite being called the “best” tight end room in James Franklin’s career as a head coach, only 39 yards on three receptions had been accounted for by tight ends prior to Penn State’s matchup with Auburn.

On Saturday, Franklin’s prior excitement for his tight ends in 2021 became understood, with the Nittany Lion group combining for 132 total yards and two touchdowns.

One of those scores came on a wildcat formation, when third-string tight end Tyler Warren was the one who took the ball to the endzone.

For Warren — a former high school quarterback — his task to run the wildcat call was just part of his job.

“It was good to be playing quarterback again,” Warren joked. “But it was just another play and everyone around me did their jobs, so I got an opportunity to the endzone.”

Warren was also on the receiving end of Dotson’s pass.

According to starting tight end Brenton Strange, the play wasn’t even necessarily designed for Warren, he just happened to be the man on the field when the play was called.

“Tyler just happened to be in the game, and he made the play.”

There’s certainly concern that these plays could pose a risk for Penn State’s offense, but Franklin said these playcalls are used to catch the opponent off guard.

“Things like the double pass creates hesitation,” Franklin said. “[Defenses] get concerned, they don’t run down hill as fast as they could.”

According to Dotson, changing tempo is the most important factor when it comes to catching teams off guard — leading to his complete pass.

“The way we use tempo catches teams off balance,” Dotson said.

Like putting a tight end in the wildcat, putting a wide receiver in an unusual passing situation could be a risk, but having scored on the play before in a fall scrimmage, Dotson and his coaching staff were confident to run it in a game.

As for his opportunity to pass the ball specifically, Dotson said he was “really excited” when the play was called.

“I try not to show any emotions and give away to the defense but I was so happy they called it,” Dotson said. “I’d been waiting for it all year and that was my opportunity.”

Another player who got a unique opportunity was Mustipher, a starting defensive tackle, who was called on to carry the ball in a fake punt situation.

While the play failed, it was the creativity involved in a play call of the caliber which stood out most of all.

Although it may have surprised almost everyone matching to see the ball placed in 6-foot-4, 326-pound Mustipher’s hands, according to edge rusher Jesse Luketa there was no fear behind his fellow defensive lineman’s opportunity to contribute on offense.

“We prepare for it,” Luketa said. “I feel like we got shorted, I feel like it was a first down… but we battle through it and if we do what we have to do we’ll come out on top.”

James Franklin typically gives praise to each of his position groups entering the season, bu…

Penn State went a different route than normal for its annual White Out in 2021.

There was an SEC officiating crew in town for the White Out Saturday night, but before anyone blames the controversial calls on a hometown gro…