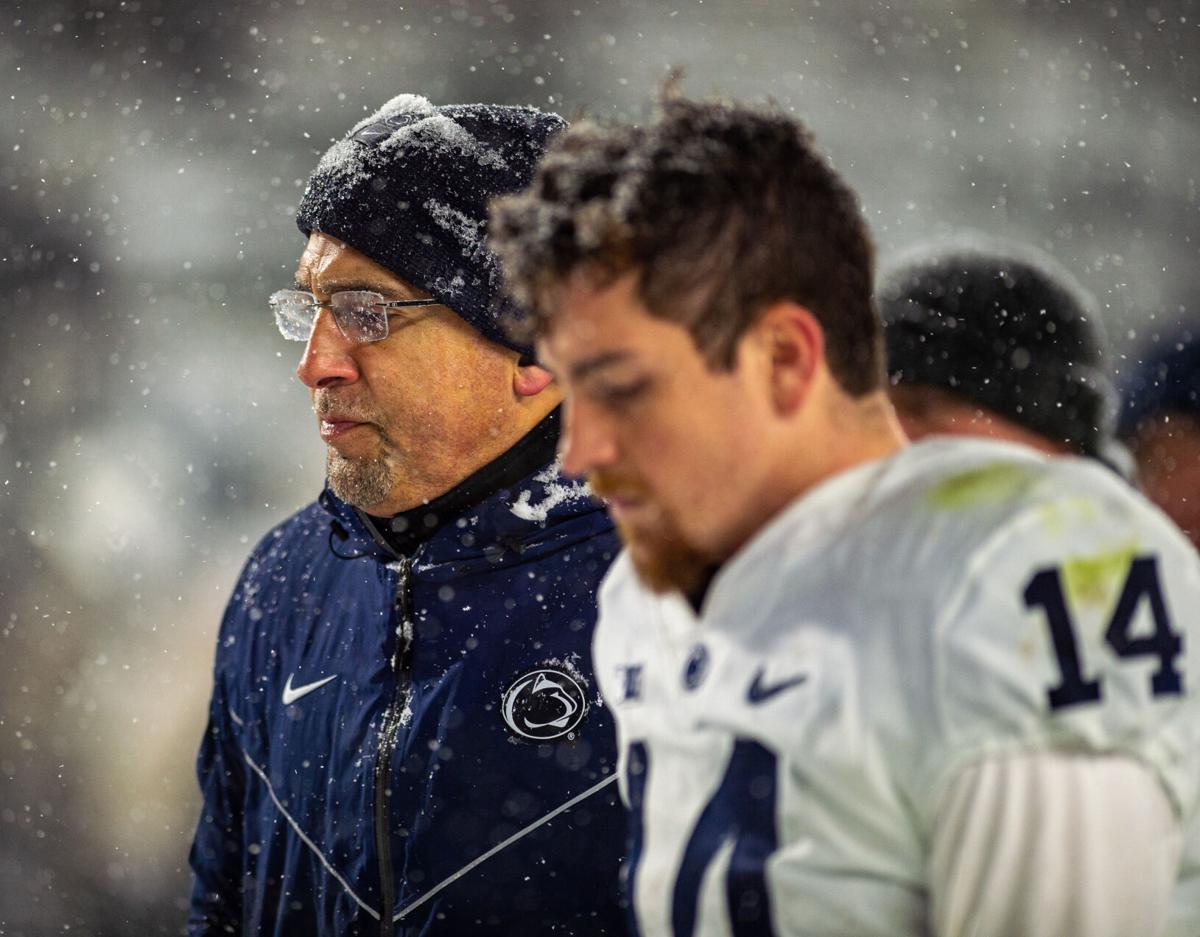 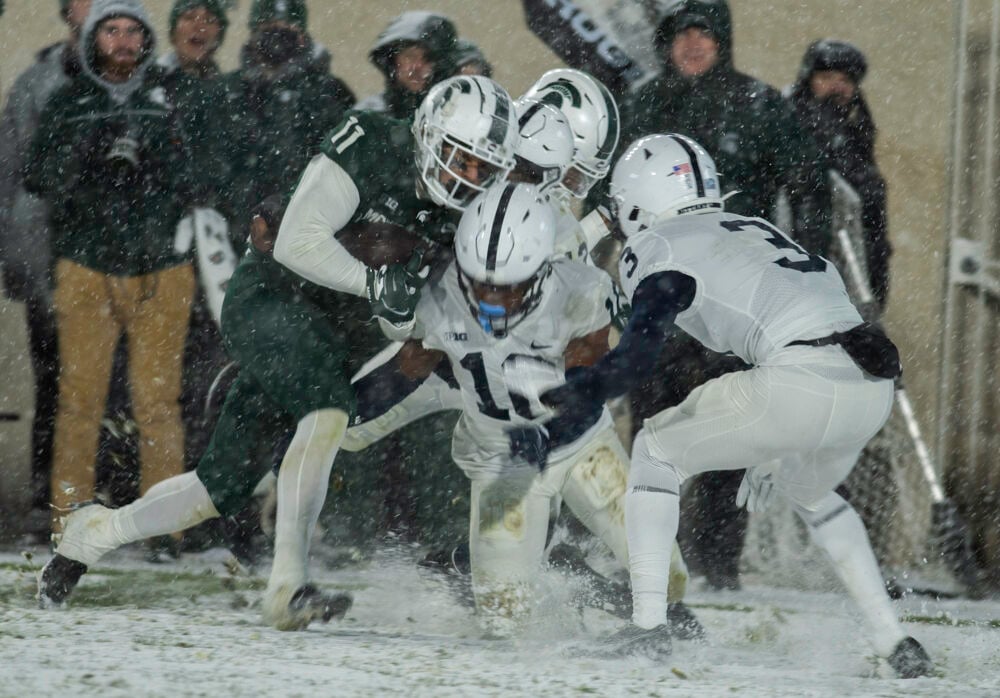 Red noses, rosey cheeks and frozen fingers and toes were among the side effects of Saturday’s snowfall. Contrary to inclement conditions like thunder and lightning, both teams played all four quarters in the snowy surrounding.

As he warmed up with the first team prior to kickoff, running back Keyvone Lee became increasingly aware that he would be taking the majority of snaps in a snow game — a circumstance few experience in his hometown of Clearwater, Florida.

“I was just learning, as I was going, how to run, how to pick up my feet and legs in the snow,” Lee said. “It was actually a good experience.”

Despite having to adjust to the snow in stride, Lee led Penn State with 15 carries and 79 rushing yards, defining himself as the clear favored back through all of Saturday’s action.

2021 hasn’t been a smooth year for the Nittany Lions’ ground game to say the least. Whether it's been struggles to find or execute on gaps or just a lack of firepower in the backfield, Penn State has grappled with making explosive plays of 12 yards or more on the ground.

“I don’t know what the problem is,” Lee said. “But it’s kind of sad when we aren’t playing to the level we should be.”

On Saturday, however, Lee made two explosive runs, his first of which was a 33-yarder on first and 10, all at the hands of a heavy snowfall.

“The traction on the ground’s kind of hard to keep your base and keep your ground because you're slipping and sliding everywhere,” Lee said. “As I was going, I was just getting used to it, what I can do, what I can’t do.”

With the snow in mind, it was expected Penn State would choose the run game for a majority of its offensive sets due to the potential challenges of throwing and catching a wet, snowy and potentially muddy football.

For Sean Clifford, however, the weather didn’t seem to impact his role in the Nittany Lions’ pass-heavy offense, completing 23 of 34 pass attempts for 313 yards and three touchdowns — his first multi-passing touchdown game since Week 9 at Maryland.

Clifford did say there was maybe “one” instance where a wet ball slipped out of his hand, when he was looking for Lee in the flat.

“If I missed one, I just missed it,” Clifford said.

While the offense seemed all but unfazed by the slippery surfaces of either the playing field or game ball, safety Ji’Ayir Brown said the weather had an impact on the defensive side of the ball.

“It definitely affects you defensively, whether you can be explosive,” Brown said. “It’s snowing, it's slippery, everyone’s falling.”

With the problems of balance and stability, Brown said his team’s struggles in the snow shouldn’t be used as a justification for the loss, it should be used as motivation moving forward.

“You can’t use that as an excuse,” Brown said. “Kenneth Walker’s still out there running, I have to still go out there and run.”

Penn State came into the 2021 campaign carrying high hopes for a memorable season.

With a loss to the Spartans in East Lansing on Saturday, Penn State is now 11-10 in its last two seasons.

Let’s be frank, Penn State’s run game never measured up to expectations in 2021.