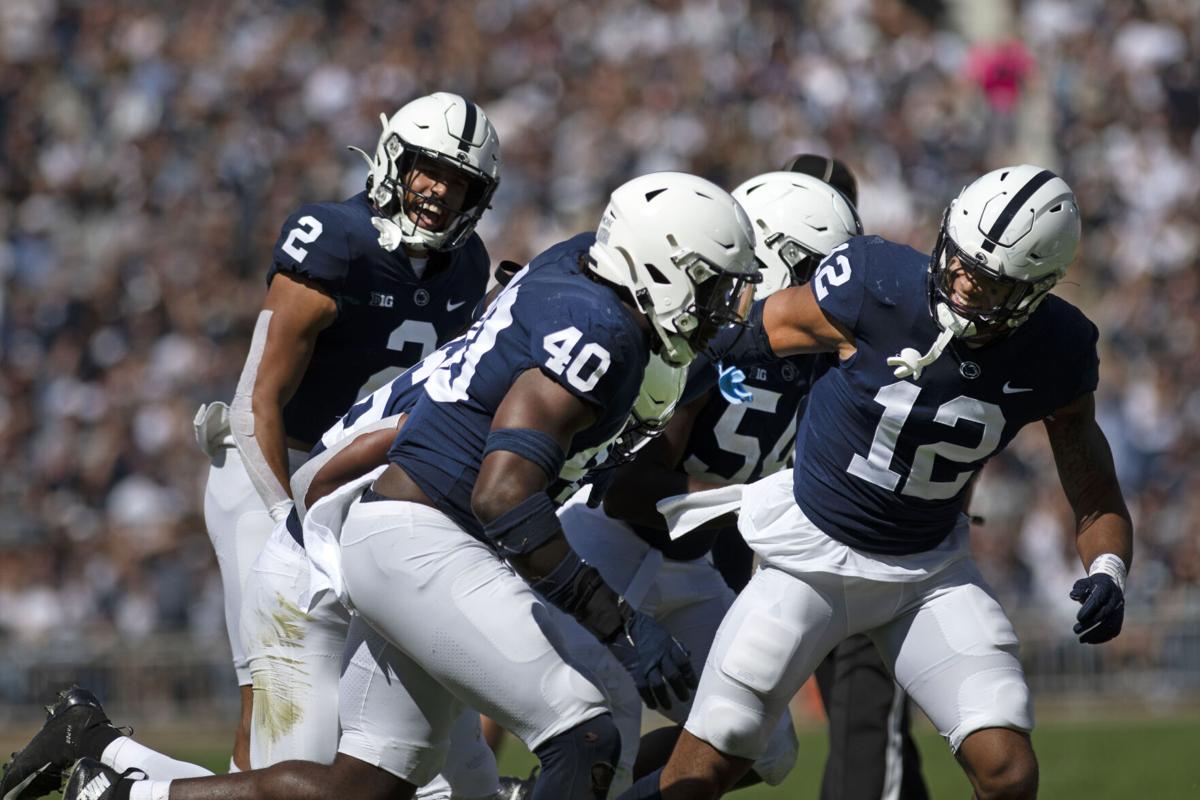 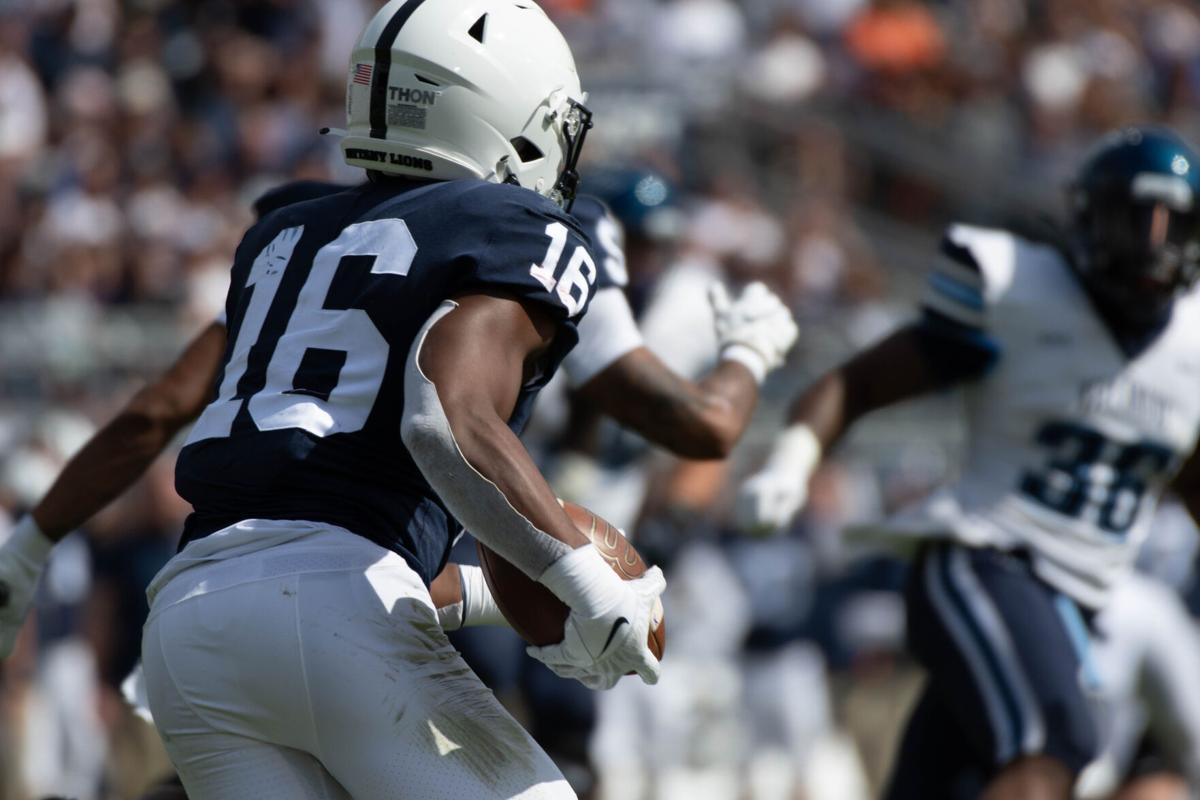 With a defense as dominant as Penn State’s has been this year, it could be easy to fall into complacency and make some mental or fundamental errors within a game.

Whether it’s by performing ball-drop drills or hitting the Jugs machine, Penn State’s coaching staff has a system in place to ensure those fundamental skills aren’t lost even at the Division-I level.

In the Nittany Lions 38-17 victory over Villanova, one fundamental skill stood out in the blue and white’s secondary in particular: tipped balls.

With just over seven minutes to play in the first quarter, safety Ji’Ayir Brown had a tipped ball fall into his arms. Unfortunately for Brown, the interception was called back due to a roughing the passer penalty.

In the third quarter, cornerback Tariq Castro-Fields tipped a pass which once again landed in the arms of Brown — this one counted.

“It never really happens like that,” Brown said. “Every pick, every play you make — you have to work for it.”

So what exactly does working for an opportunity like that look like? For Penn State’s defensive backs, it means running a “tip drill” every day in practice.

“We do the tip drill a lot… every day,” Brown said. “All the hard work we put into our practice throughout the week, it just pays off.”

According to Brown, his interception from Castro-Fields’ tip is a “great example” of the outcome of all the work his positional group puts in during the week.

While the “tip drill” looked to pay off in Saturday’s win, there are still some fundamental errors Penn State’s defense continues to struggle with, specifically dropped interception opportunities.

Last week, linebacker Brandon Smith dropped an easy interception which almost certainly would have resulted in a touchdown. On Saturday, cornerback Johnny Dixon did the same thing.

“Me and Johnny [Dixon] talked about it on the sideline,” Smith said. “We definitely have to come up with those — there’s no excuse.”

For Smith and Dixon, all they can do is get back in the practice facility and clean up their small fundamental errors

“It’s the little things,” Smith said. “It’s one of those plays I have to make… I have to get on the jugs and make it.”

Just like coaches will tell younger athletes, the only way to improve is by practicing.

According to Smith, that doesn’t change when Penn State is undefeated or when it’s 0-5 like it began the 2020 season.

But this year, Smith said his team is “not letting anything slide” on or off the field, contributing to the Nittany Lions “bend but don’t break” mentality.

Brown shares a similar attitude in practice: “Never get settled.”

“We are so great at defending the ball that we try to find stuff we are weak at,” Brown said. “We’re always trying to find out what's the next step forward and what we can improve at.”

The defense’s dominance through four games could make for some complacency, but that’s not part of the “standard” James Franklin has implemented into the culture of his program, according to defensive end Arnold Ebiketie.

“We know what the standard is,” Ebiketie said. “We just have to make sure every time we step out of practice we get the best of ourselves.”

“Obviously, we’re 4-0, but that’s not good enough. We’re trying to win a championship.”

Penn State achieved a goal it sets out to complete every week on Saturday afternoon, going 1…

Penn State’s running back room was pinned as one of the deepest position groups on the team and one of the best in the country.