Penn State is expected to hire Virginia's Marques Hagans as wide receivers coach, sources tell @on3sports.Hagans, a former Virginia QB and receiver who played five years in the NFL, has coached nine of the top 15 WRs in career receptions in UVA history.https://t.co/5jM9YtkGu8

Hagans has been the receivers coach for 11 years at Virginia where he’s coached 15 out of the top-20 receivers on Virginia’s career receptions list.

One of the most notable receivers he’s coached is current Atlanta Falcons receiver Olamide Zaccheaus, who had 250 catches from 2015-2018 as a Cavalier.

Before Virginia, Hagans played quarterback for the Cavaliers and then played wideout in the NFL from 2006-2010 on four different teams.

One of Penn State’s biggest needs in the offseason was a wide receiver, and it finally got o…

On Jan. 15, Penn State announced it parted ways with wide receivers coach Taylor Stubblefield, and over a week later James Franklin has his re… 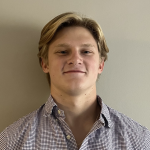