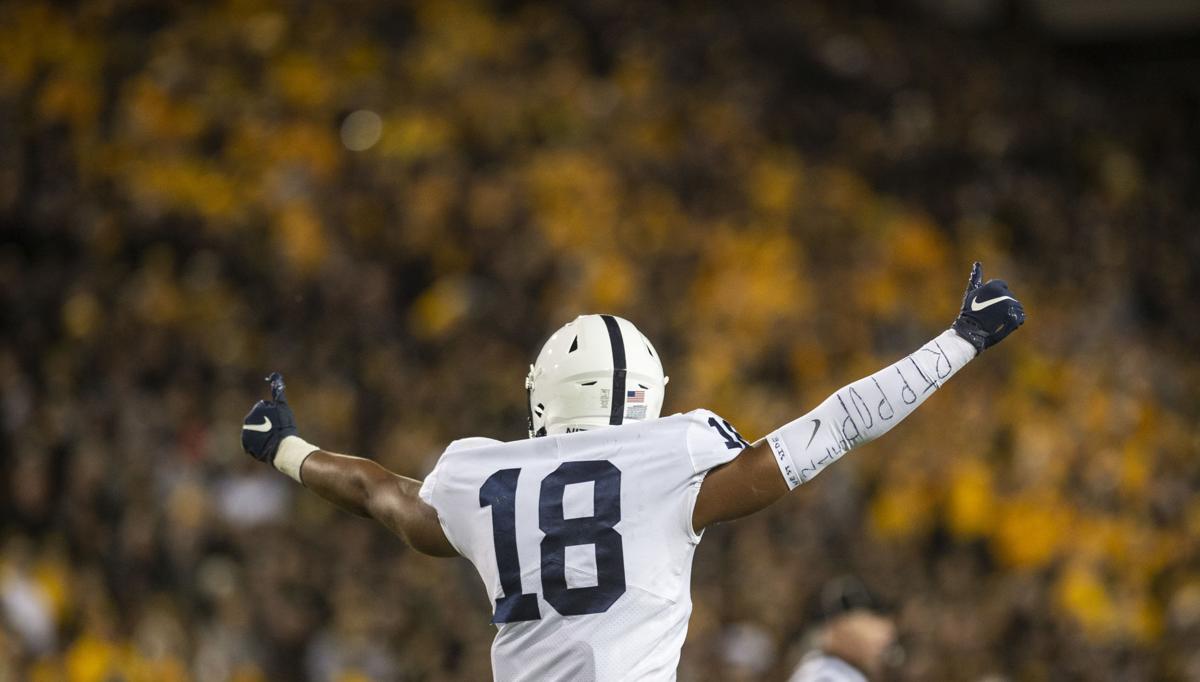 The Philadelphia native used his speed and versatility to rip through offensive lines in his five years in Happy Valley — landing him at the eighth spot in total sacks in Penn State history.

At 6-foot-2, Toney is far from the largest player at his position, but his unique mix of speed and intensity allowed him to fit right in with the best edge rushers in the country.

In this clip, Toney is matched up with former Michigan tight end Nick Eubanks.

Eubanks’ size speaks for itself, as he checks in at 6-foot-5 and weighs 256 pounds.

Toney is shorter and weighs less than Eubanks, but still blows by him without getting touched.

This can be accredited to Toney’s unique speed as an edge rusher. He can use that speed to pressure quarterbacks on pass plays and disrupt the run.

Due to his shorter stature, it is very possible that Toney makes the switch from defensive end to outside linebacker in the NFL.

At outside linebacker, pass rushing is still a main point of emphasis, something Toney has his fair share of experience with, but he’ll be forced to drop back in coverage more often.

Luckily for Toney, he already garnered some experience with dropping back during his time at Penn State.

NFL teams should be aware of Toney’s versatility to draw pressure and also drop back when it is necessary to do so.

Another area that makes Toney so valuable is the ability to see to the field and make adjustments when necessary.

In this clip, Georgia State fakes a quarterback sneak and ships the ball off to the running back.

Toney’s ability to put himself in a good position and athleticism to adjust on the fly is a valuable asset for any NFL team.

Offensive coordinators in the NFL will throw new and complex looks at Toney, but his skill set should allow him to make a smooth transition.

Like in the second clip, Toney escapes blocks with ease thanks to his speed.

This clip shows him breezing past a much larger offensive lineman, allowing him to reach quarterback in just a second.

Toney proved he has an elite pass-rushing kit at Penn State, tallying 20 total sacks over his career with the Nittany Lions.